today, we are going to have a look at the rest of the “leaked” vehicles.

First is obviously the “Brummbär“. It’s a notoriously known vehicle, and it has a relatively useful Wikipedia article, so I won’t go into too many details (will do that once the vehicle becomes actualy, which probably isn’t anytime soon).

As you can see, the vehicle is listed as a tier 5 artillery. If I were you, I wouldn’t worry – it’s a placeholder tier. From what I know (call it… an educated guess), it should be tier 6 and a tank destroyer. Furthermore, the name is possibly wrong too. As some of you know, Brummbär (along with the Hetzer) are the notoriously known fake name cases: the name Brummbär was never used by German troops, it was referred to as Sturmpanzer IV. Given the Wargaming’s… zeal, when it comes to correct names (notice how Sturer Emil is called by its technical name, Panzerselbstfahrlafette V), it will most likely be called Sturmpanzer IV. And yes, the T-4 and T-5 tiers are placeholders too. Oh and as a bonus, there is an official WG description of this vehicle, that was leaked a long time ago:

Developed by the Alkett company in cooperation with the Krupp company. The first prototype was produced in February 1943. The vehicle was mass-produced from April 1943 through March 1945, with a total of 298 vehicles manufactured. Eight more vehicles were converted from the PzKpfw IV. First saw combat in the Battle of Kursk. The vehicle was used on all fronts until the end of military operations in Europe.


Next one is the Lorraine G1L – when the vehicle description was leaked a long time ago, the official Wargaming description only said:

“Developed by the Lorraine company. Existed only in blueprints.” 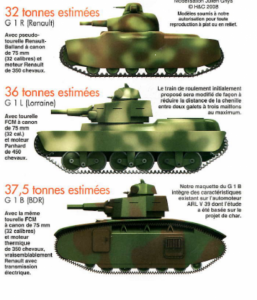 That of course is not much to go with – but there is a nice Wikipedia article again, have a look if you are interested. All in all it’s probably not going to be anything stellar, but as you can see in the current poll, a lot of folks do want the French tanks now. 75mm L/32 gun should be quite decent for its tier, which was in the old tree (where the vehicle is listed as premium) was probably tier 5.

The British A7 is next. Being quite an obscure tank probably means it’s going to be a British premium tank.

It was an experimental design – three prototypes (A7E1,A7E2,A7E3) were made in 1931 (two of them) and 1936, the development ran from 1929 in Royal Ordnance Factory in Woolwich, till it was cancelled in 1937. The development was somewhat related to the previous A6 medium tank. The prototypes were actually quite poor and suffered from numerous issues. They weighted between 14 (E1,E2) and 18 (E3) tons, the armor was only like 14mm thick, they all were equipped with pretty lousy 3pdr (47mm) guns. E1 and E2 were equipped with Armstrong-Siddeley 120hp V8 (maximum speed 40km/h), E3 was equipped with 250hp AEC C1 engine (same maximum).

British M2A4 is of course a Lend-Lease American vehicle and it’s probably going to be implemented either as a premium tank, or as a part of the British Lend-Lease branch. 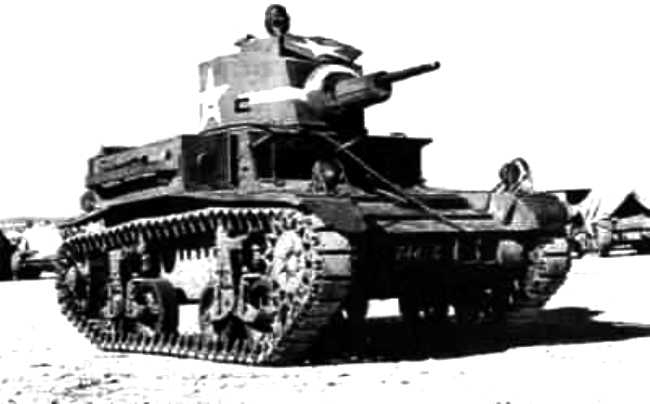 Britain bought an unspecified number of these light tanks, apparently in 1940. Only 375 were built in total (365 by American Car & Foundry Co. and 10 by Baldwin Locomotive Works). It had a crew of four and a 37mm M5 gun, it could go as fast as 58 kph (when propelled by a 250hp engine, other sources mention 48 kph – it weighted cca 11 tons), the frontal armor was cca 25mm, with some 37mm frontal turret armor. These tanks actually served in the Pacific and the US Army used them for training, but the British probably never used them in combat.

And – last but not least – the Neubaufahrzeug. Some of you might remember that I wrote about this vehicle already, so for the history and stats of this vehicle, I provide the link above. I kinda hoped it would make it to the regular tree (something along the lines I proposed), but premium’s fine too.