I follow Yuri Pasholok’s blog, as he sometimes posts very interesting scans of documents and photos, that I repost and translate on occasion (with full credits given to him of course). Today, we’ll have a look at another of his posts. This time it’s a report from January 1933: 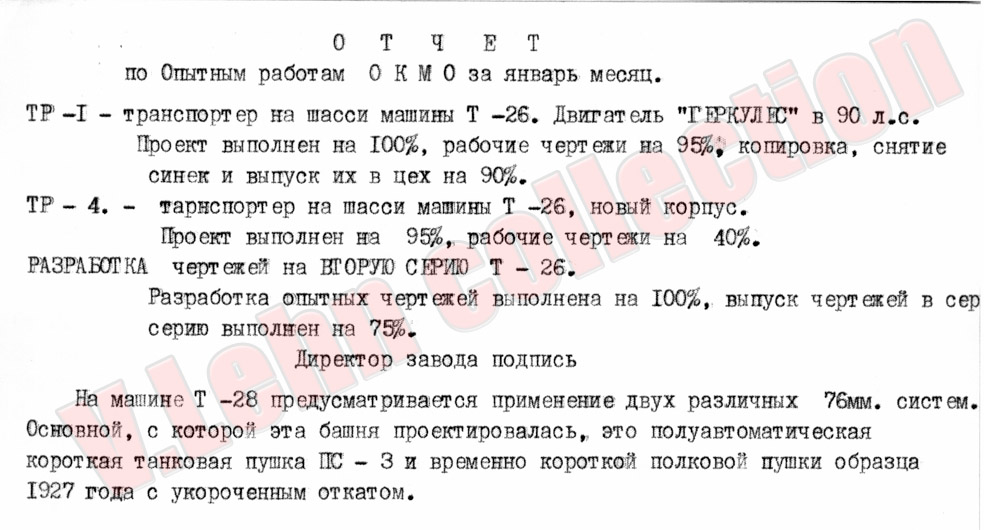 The report also mentions an attempt to upgun the T-28 with 2 various 76mm main guns – one of them being the semi-automatic PS-3 short gun, intended to replace the 1927 pattern short field gun previously mounted on the T-28.

Back to the transporters however: not that much is known, so I did a little digging and here they are. 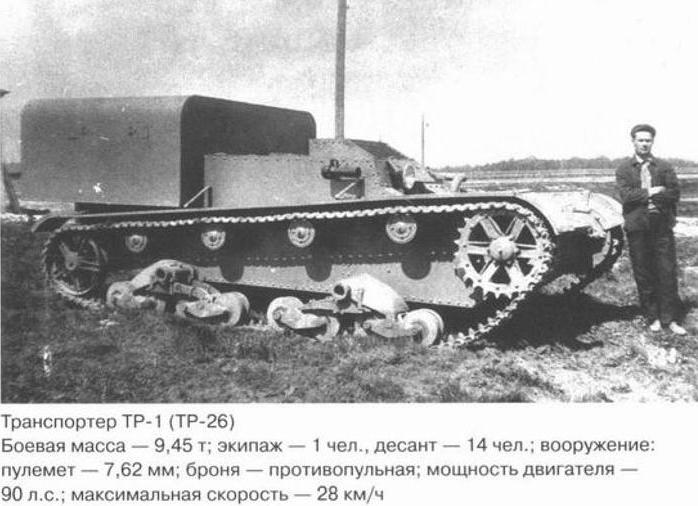 The TR-1 was developed in 1932-1933 based on the T-26 hull. The design was finalized by the design bureau of the Kirov plant No.185 in Leningrad. A prototype was also made there in Summer 1933 and from September 1933 to February 1934 it was tested on an army proving ground. It was designed to carry 14 troopers in a box-like superstructure. It was powered by a 90hp “Hercules” water-cooled engine, placed in the middle of the vehicle, on the left from driver’s position. This required a serious redesign of the drive train in order to make the vehicle functional. The armor of the crew compartment was made from rolled plates and was only 6-10mm thick, protecting the soldiers from common bullets. The armor plates were welded and riveted (both methods were used). The crew and the soldiers both exited the vehicle via double doors, situated on the back of the vehicle. Alternatively there was a hatch on the top of the vehicle. The frontal and side armor also had “portholes” for the crew to fire their guns out of the vehicle, these were covered by armored screens when not used. 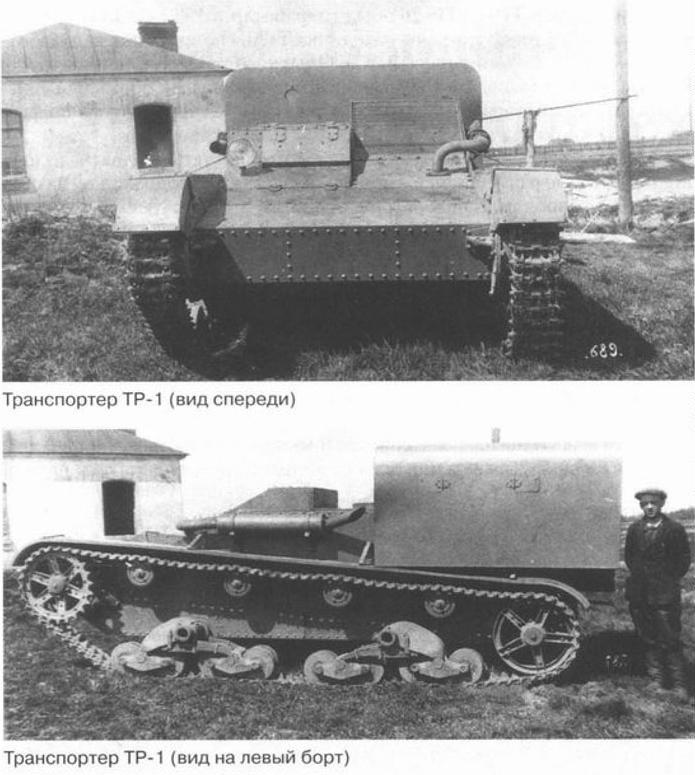 However, it was found out that the troops’ position in the vehicle is very uncomfortable, there was not enough space. Although the tests showed the need of the Red Army to equip its troops with APC’s, it was designed to redesign this vehicle for improved comfort. 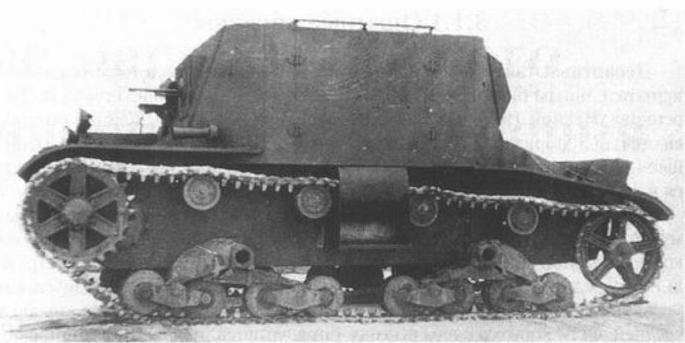 In 1933, the Kirov plant No.185 also developed another APC model based on the T-26 chassis: the TR-4. Three prototypes were made, one of which was tested from 1933 to early 1934 on proving grounds. It was not accepted in service and was not mass-produced.

The crewman and soldiers exited the vehicle via doors, located on the sides of the vehicle. Furthermore there were escape hatches on the floor of the soldier compartment. The soldiers were sitting on two benches at the side of the vehicle, plus five folding seats, installed around the driveshaft, running thru the vehicle. The vehicle was armed with one 7,62mm DT machinegun, installed in a special ball mount – the gun had a supply of 4980 bullets. For proper air ventilation, a ventilator was installed on the back of the vehicle (covered with armor from the outside).

Just like the TR-1, the TR-4 also protected its crew and cargo only from bullets, having 6-10mm thick plates. This time, the plates were welded, not riveted. The side and rear armor was slightly angled. The vehicle was also powered by a 90hp Hercules engine with slightly increased range, compared to the TR-1. 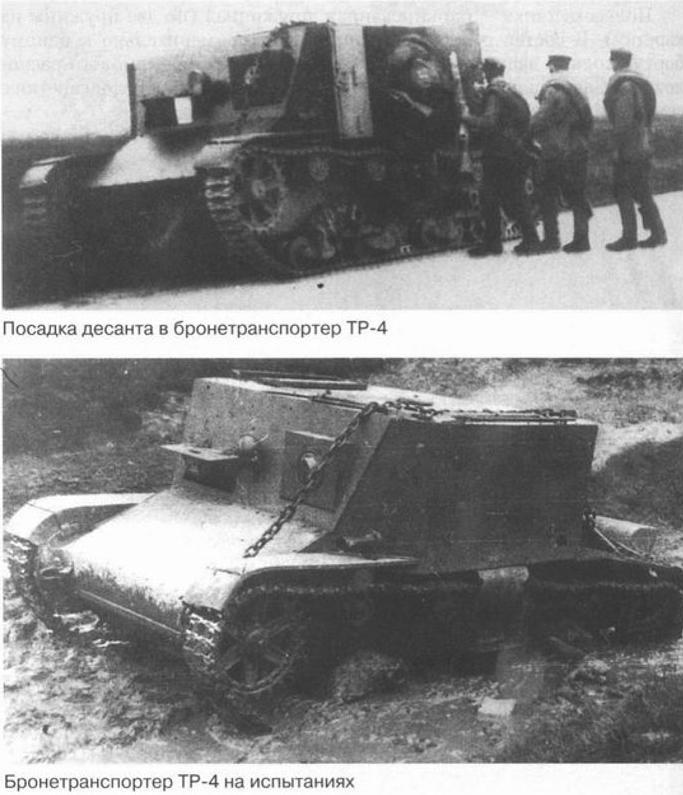