“Shushpancery atakuyut” is a pretty interesting LJ blog, showing the pictures of various exotic vehicles. This one caught my eye, as it is not very common for Chinese tank info to appear on the internet, because obviously most of the data is in Chinese. So what we have here is this: 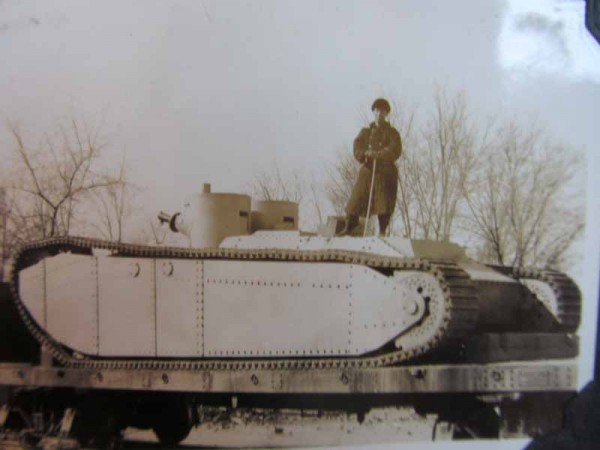 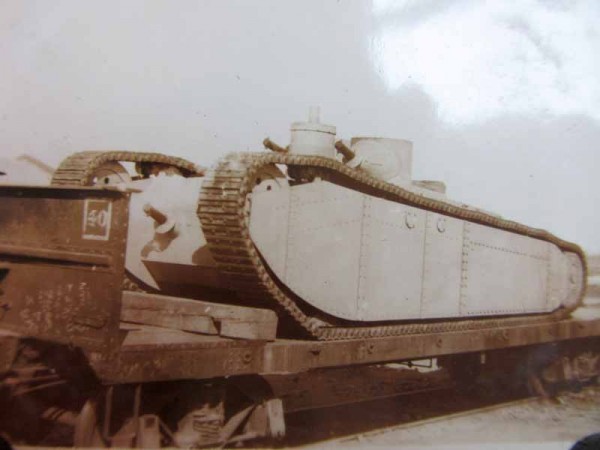 Both of these pictures were taken in China by U.S. Marines. This tank was used by the Chinese in 20′s and 30′s. The author of the blog found a piece of information that two “tank” prototypes, built on tractor chassis were constructed in China and this could be one of them. Converting tractors into armored vehicles was nothing new after all, Soviets did it too and so did New Zealanders (the infamous “Bob Semple”, possibly the worst armored vehicle ever built).

According to the blog, the Chinese were building improvised armored cars ever since 1930, but in 1932, the construction of improvised tanks was also started. In April 1932, Marshal Liu Hsiang formed an armored car and tank unit in Chuntsin. This unit was built around three armored cars and six improvised tanks. Six armored cars were built in Shanghai on the American GMC M31 trucks – armor was added and they were equipped with twin machineguns and 37mm guns in fully rotating turret. Five improvised tanks were built on the Cletrac 20 agricultural tractor chassis and were armed with 7,71mm Lewis machine guns. The last (sixth) tank was built on more heavier platform (Cletrac 30 chassis) and it was armed with a 37mm gun and a Lewis machinegun. Unfortunately, no photos of these vehicles survived. 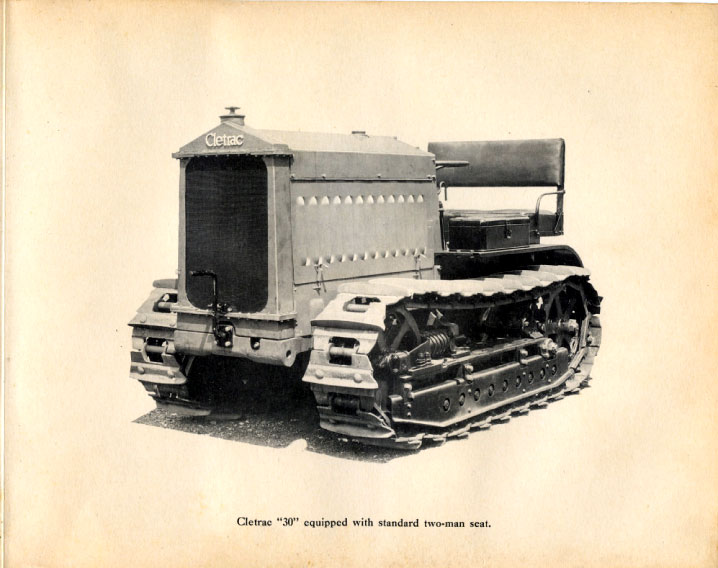 As you can see, this is clearly not the chassis used to construct the tank on the first two pictures, so that must be something else. However, this picture gives us a clue:

This is the 1918 Studebaker Supply Tank prototype. In this case, “supply” was not meant as in carrying cargo around, but as an infantry support vehicle. Not much info survived about it: it was a project by Studebaker, based on the experience with the Newton Cargo Carrier tracked tractor vehicle and both vehicles had roughly similiar look. The design was inspired by the British “rhomboid” Mark tanks, but the American vehicle was longer and lower than its Mark V* British equivalent. The inner layout was pretty standard for these tanks: separate compartment in the front, separate gun deck in the middle and the engine compartment (also separated) in the back. The vehicle was powered by an unspecified 4 cylinder aviation engine. 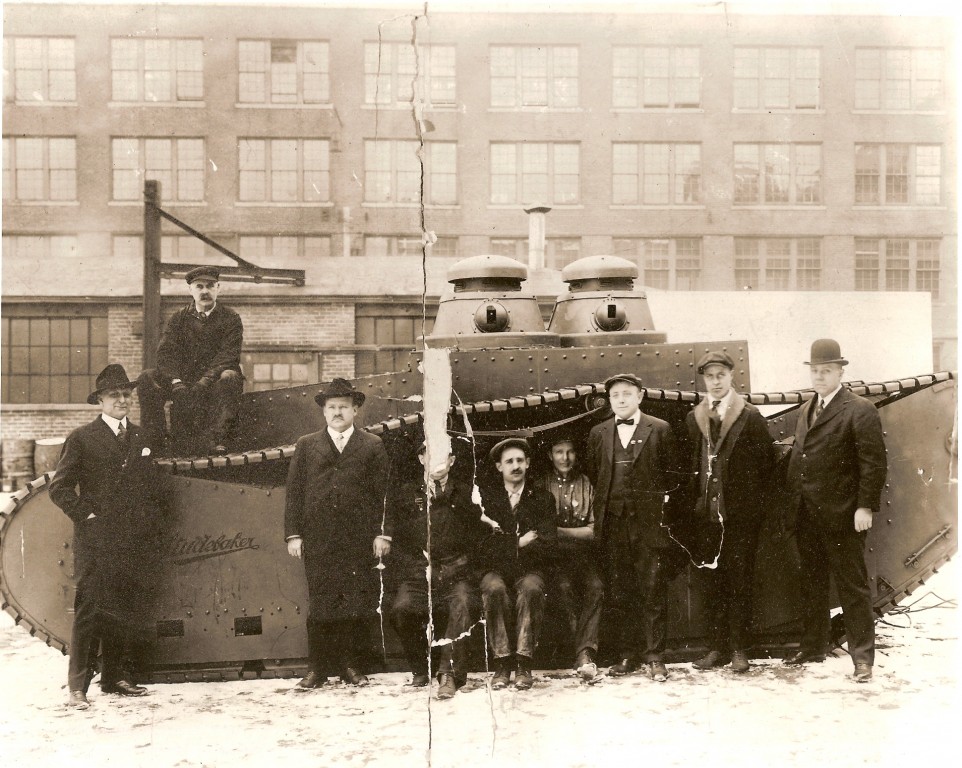 The vehicle was apparently to be armed the was the Mk.V was: with guns and machineguns in sponson mounts. This however did not happen on the prototype. One prototype was built and it was tested in the USA, but the results of the tests are not known. However, one piece of info was saved: the prototype was shipped to France and tested on the front lines. There is also the information that the prototype was actually tested for the British (who would buy it), but this is not confirmed. This happened by the end of 1918, but the war was almost over and so a proposal was made to actually convert the vehicle into an armored troop carrier. But after that, nothing is certain. It is clear the vehicle was never mass-produced or accepted in service, but some sources state that it was scrapped after the war. However, that was probably not the case, as we can see clear similiarities between the Chinese and the American tanks – so clear that it is very likely it is one and the same chassis, possibly converted by the Chinese.

But that is just speculation. Whether it is indeed the same vehicle and how it made its way to China we will probably never know, as not many pieces of info have survived since then. It’s a shame really. Could have been the first documented indigenous tank conversion in China.