recently, V.Kislyi, the “big boss” of Wargaming talked with Will Wright, the SimCity creator during the GamesBeat 2013 event. The two original articles can be found here and here, but I’ll just post here a quick summary of what Mr.Kislyi said. Feel free to read the full articles, they are quite entertaining. 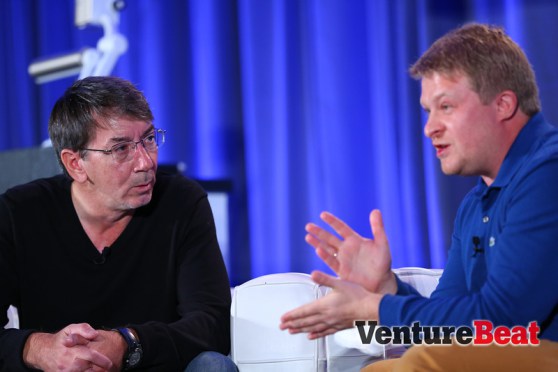 - the important part behind WoT is the fact it’s accessible to old players, who can’t keep with the games such as Counterstrike
- WoT is aiming at average families not having too much gaming time to spare
- 15 minutes match (with 5-7 min average) was one of the first WoT requirements
- V.Kislyi is happy that the game makes people go look the tanks up on Wikipedia to learn more
- apparently, the biggest enemy of WoT is not competition but players’ wives and the justification of the game in their eyes
- WoT didn’t do one special thing “right”, its success is the combination of its elements
- Wargaming has 20 to 25 mathematical analysts, who check the post-patch statistics, analyze them and alert developers
- a part of the game is building a culture around it, including “museums, eSports, books, a historical department, and archives”

V.Kislyi: “If you want a mass market product, you have to create a culture”

- V.Kislyi also supports cloud gaming (SS: a type of gaming where the processes and calculations are done on main server and the picture is streamed towards the client console, that has in the end to do very little, prolonging its potential longevity)
- V.Kislyi is also not worried about WoWp and WoWs success

47 thoughts on “Interviews with V.Kislyi”