Wargaming’s “legendary tank” turned out to be the KV-220. How appropriate that a “legend” should be worthy of what today’s hip youth would describe as an “epic fail”. First, some background.

The KV-220 and T-150 didn’t meet the Red Army’s expectations, and bets were hedged on the KV-3, 4, or 5 as the Red Army’s heavy tank for the years to come. However, the war began, and dreams of shiny new KVs vanished. As the Germans neared Moscow and Leningrad, everything with a gun and tracks was thrown into battle. Both SU-14s and the SU-100Y defended Moscow. The reject T-50, T-100Z, and other strange vehicles defended their factories at Leningrad. The would-be KVs were no different. The KV-220′s turret (available in game as the top turret of the T-150) defended the city separately from its hull, taking place in a gun battery. The tank itself fought with the 124th tank brigade.

D.I. Osadchiy writes in his memoirs: “In the fall of 1941, we received several KV tanks as reinforcements, one of which was named “For the Motherland”. A single one was made at the Kirov factory. It had all abilities of the KV tank, but had thicker armour, weighed 100 tons, and had a more powerful engine with a turbine. It made a whistling sound at high gears, like a Junkers diving. We would even get air raid warnings in the first few days when it was moving around the brigade. The tank was assigned to my company, and they wanted to make me the commander, but then my assistant, Lieutenant Yahonin, an experienced tanker became the commander. The tank was considered nearly invincible for enemy artillery, and was meant for assaulting fortified positions.

In December of 1941 (I don’t remember the date), our brigade was ordered to penetrate the German defences at Ust-Tosna, at the railroad bridge, cross the river Tosna, and in cooperation with the 43rd infantry division, advance to the Mga. The 2nd tank battalion, commanded by Major Pankin, a tank platoon from the 1st battalion, and my company’s “For the Motherland” tank led the attack. My company was ordered to capture the bridge and hold it until reinforcements arrive. The battle was on open terrain. The upper layer of peat barely held the tank. When it neared the bridge, it came under fire from German heavy guns, and we lost radio contact. I was at the battalion HQ at the time. As soon as we lost contact, I tried to get to the battlefield along the railroad embankment. As soon as I crawled up to the tank, I saw that it was missing its turret and the crew was dead.”

And here we reach another contradiction. Two, in fact! One lies in Wargaming NA’s introduction of the tank in the Cyber Monday announcement:

“World of Tanks may possess historical accuracy, but it has its legends — the KV-220 is one of them. This prototype tank never saw combat in real life, much less in the game. But here is your limited chance to own this tier V marvel, with a 76mm gun among its powerful gear.”

The assertion that the tank hasn’t seen combat in game is also false, I’ve seen KV-220s in game (although only three in my 22000 match tenure). But let’s keep reading, and look at that “76 mm gun among its powerful gear”. Two paragraphs above, we have learned that the KV-220 entered battle with a 76.2 mm F-32 gun. Let’s look at that KV-220 model. 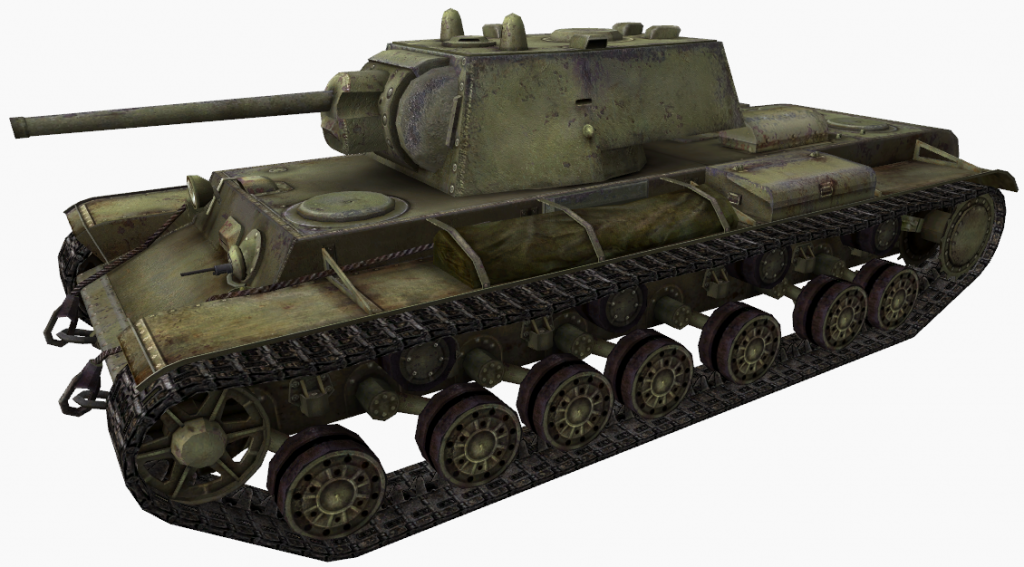 “But Ensign!” you may say, “maybe the ZiS-5 somehow ended up at the factory, and the military representatives, due to their incompetence and being kept in the dark by factory workers, had no idea that it was being installed on the tank!” That isn’t really possible, seeing as how the question of producing the ZiS-5 was still undecided as of a few weeks before that. Production just started, the only ZiS-5s they could have gotten their hands on were at factory #92, in Nizhniy Novgorod, or factory #9, in Yekaterinburg, neither of which  are exactly next door to the besieged Leningrad.

So there you have it, WG got the gun, engine, and introduction wrong. Nice one, Wargaming.