when you browse various tank forums, you usually run into some threads dealing with the most interesting armored vehicles of WW2. That’s where Soukou Sagyou (SS) usually pops up. Its best known picture is this: 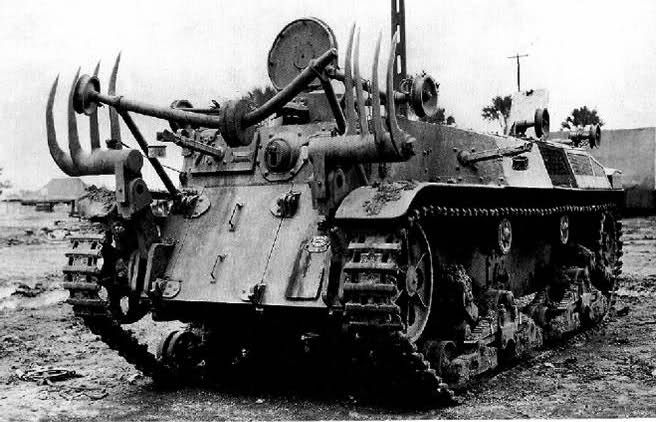 Let’s have a look at it a bit closer.

While preparing for war with the Soviets in the 30′s, the Imperial Japanese Army formulated a demand for the development of a specialized vehicle, capable of destroying Soviet fortified positions along the Manchurian border. And as usual with the Japanese, they decided to actually adopt an unventional solution and to add several useful functions to it. It was decided that this new vehicle should be capable of

That’s a lot of functions for one vehicle and in the end, the tank turned out to be probably the most versatile engineering vehicle in the world.

Many sources state that the vehicle was actually built on the chassis of the Type 89 Yi-Go medium tank, but this is not exactly true. While the design itself did resemble Type 89 and used many of its parts, other parts from other mass-produced vehicles were also used. For example the suspension was somewhat different, although it used two blocks of 4 small roadwheels, it also used only two return rollers and didn’t have that one independent forward bogie. It used semi-eliptical leaf springs. The drive sprocket was located in the rear, while the steering sprocket was in the front.

The first SS vehicles recieved a hull, derived from the (more modern) Type 94, with characteristic tall frontal part and space above the tracks. There were however some changes. The driver’s hatch and the (Type 97 7,7mm) bow machinegun stayed where they were, but the single-wing hatch was replaced by a double-wing one and flamethrowers were installed. The turret was removed as well and instead of it, the commander recieved a small-ish copula with observation devices. Two mineclearing “claws” were installed in the front and there was a winch, powered directly by the engine, installed in the back (capable of pulling even very heavy objects).

Since the vehicle was not supposed to be used as a front line combat tank, it was decided to somewhat reduce the armor thickness. The roof and bottom were 6mm thick, the sides were 13mm thick and the front was 25mm thick. As for the engine, Mitsubishi 145hp (at 1800 RPM) straight 6 (I6) diesel was used, allowing it to go as fast as 37 km/h. The transmission was mechanical. The weight of the vehicle was 13 tons (Russians state 16 tons) and it had a crew of 5.

The first prototype was built and tested in 1931 and it proved to be quite unwieldly. The only role that the vehicle was actually performing really well was the engineering role. Even so, the armament, consisting of 2-3 flamethrowers and one machinegun was quite fearsome (there were apparently variants with two 7,7mm Type 97 machineguns). IJA, after some deliberation, decided to sign a contract for several of these vehicles under the SS Ki designation.

First four SS Ki vehicles were assigned to the 1st Mixed Tank Brigade and they were sent to China. In the Battle of Beijing on 28.7.1937 under Major-General Sakai, these vehicles were used as flamethrower tanks, but they took no part in the following battles and were used only as engineering vehicles. Later, they were sent to the Soviet-Manchurian border as a part of an engineer regiment. In general, the SS tanks were considered to be a successful design and the army became more interested in obtaining more of these vehicles, that would during the war sporadically appear on the Japanese-occupied islands. Within several years (until 1943, included), 119 SS vehicles were built (other sources state 98) in six main variants: 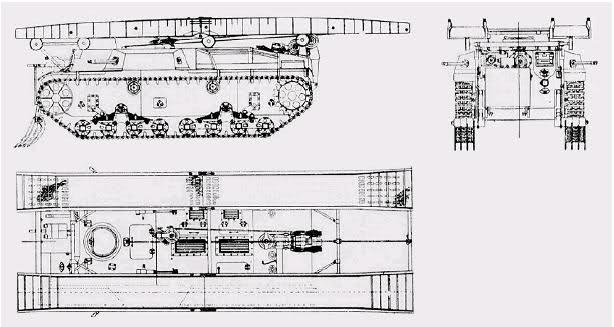 In December 1941, several dozen of these vehicles were transferred to Philippines (Japanese sources state 20), where they were used as a part of the 2nd Tank Regiment (mostly as bridgelayers) until the end of the war. Unfortunately, there is no more info available on their deployment there. Last mention about them is from Summer 1945, when 8 of them were captured by the Americans during the liberation of Philippines. The American forces classified it (mistakenly) primarily as a flamethrower tank. 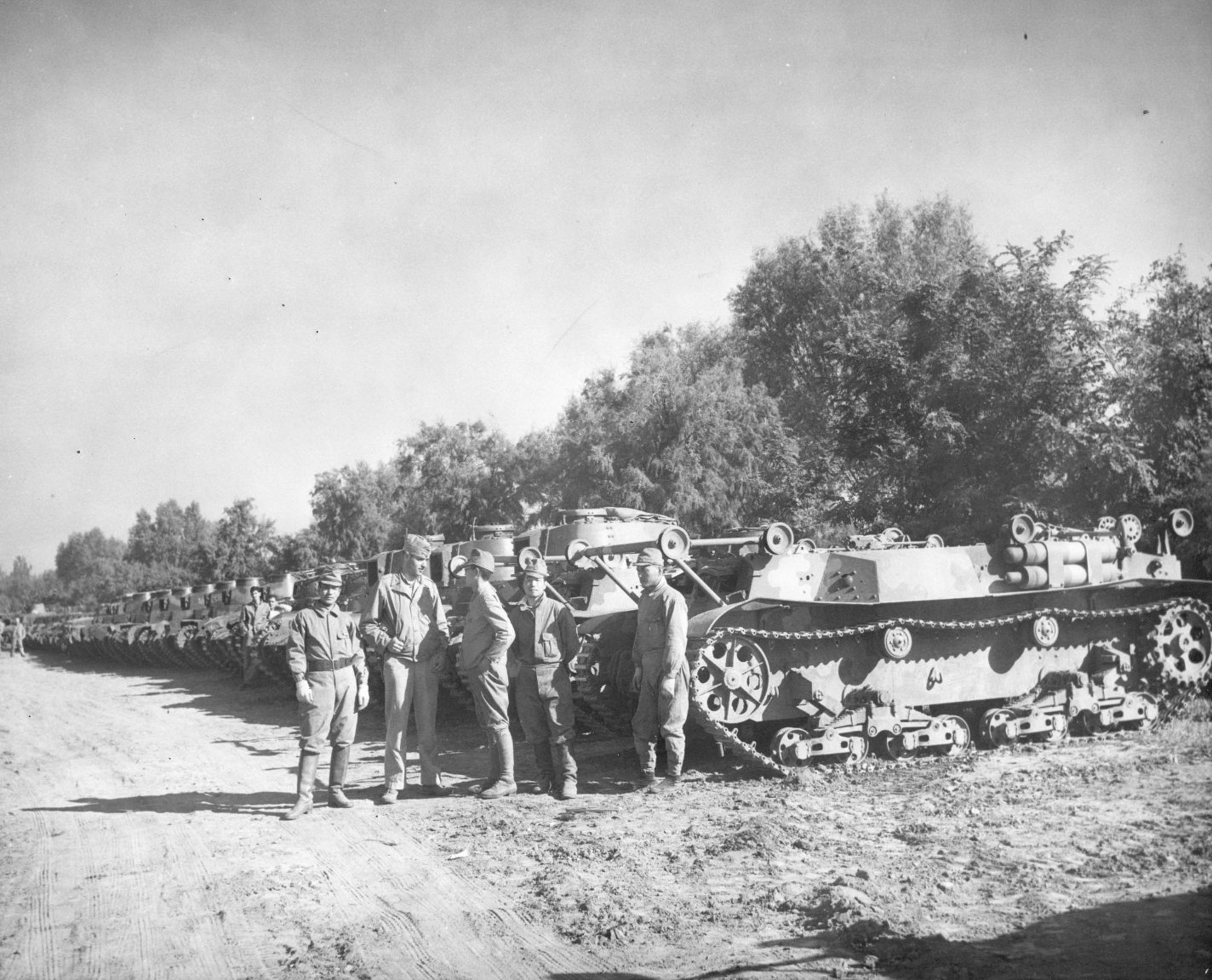