So you want to be a Wargaming employee? Better check out the tests you will be presented with when you apply!

you might remember the post about Community Manager tests (turns out it wasn’t a leak, these test questions were actually freely available). This was a part of another larger post by Maiorboltach from WG RU community (and I kinda forgot to credit him for it, sorry), who commented on the requirements to become Wargaming employee. Let’s have a look at what else do you need to know (apart from being able to spot Gaijin saboteurs and to create sock puppets) :)

An interesting fact: sometimes, the same position is offered to both the EU and RU office. While the Russians actually can see the set of test questions in advance (you can dowbload them under the job offer), the Europeans can’t. The questions are obviously in Russian. Anyway, while this post is based on Maiorboltach’s LJ post linked above, comments will be mine (I will specifically mark when it’s MB’s comment).

First position you can apply on is the Copywriter. His task is to:

• Craft the company’s marketing and promotional materials, interviews, and other media material.
• Manage Blog space on the corporate website.
• Collaborate with a global mass media, web resources, and representatives of specialized media.

Now, the blog part is a funny thing. Obviously, the Europeans don’t have it and we have to put up with the pile of shit from people, who actually don’t even bother to use google (and I am not even talking about the stronk translatink into other languages, like Czech).

Russians on the other hand actually had two developer blogs already, sort of. First, Vallter (one of the liaisons between various server) came up with his attempt to create a developer blog in English, it was really good actually, he did a nice job – and it was immediately shut down by Wargaming EU, who argued that they want the portal to be the only information outlet (good job with that, guys, did I mention FTR broke another visit record yesterday?). Then there was nothing for a while, until another Wargaming blog attempt appeared (this time by Bigangrycat), but there has been no update since December 23rd, so I think we can imagine what happened (again).

The task of the copywriter is to for example find errors in Golden Joystick 2012 (! – these test tasks are apparently pretty old) test release and such. Another interesting task pointed out by Maiorboltach was for the copywriter to actually “invent a name for newly developed Wargaming free to play MMO from space, based on the same principles as World of… series – and to invent a slogan for it”. Free-to-play MMO in space? Gaijin’s Star Conflict says hi! (I have a good slogan for space MMO: “…. because there are no bushes to camp behind in space!”)

As Maiorboltach notices, there is apparently not enough World of Warplanes spam, so Wargaming is hiring yet ANOTHER SEM manager. The test tasks for a “SEM manager” are simple:

- create a Google AdWords account
- set up advertising campaigns for various types of social networks for World of Tanks (one campaign means 1-3 advertising groups, keywords and banners)
- set the whole thing correctly
- be prepared to discuss it with WG staff

How difficult. And you wonder why you get spammed by WG ads everywhere.

This is the guy, who creates gloomy maps like Murovanka and sets the tone of the art overall (I have a feeling that it’s a really depressive person, seeing the later maps). His test task: he is given a basic layout of a map and his task is to actually provide art background to the map (sketches, tone). The following map is used for testing: 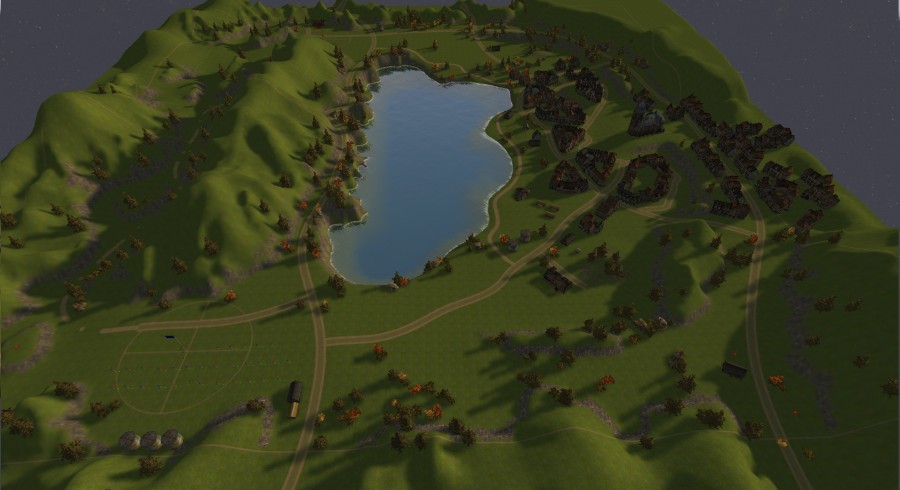 Yep, that’s Lakesville. There are other examples by Wargaming though to inspire the future sketch artist, for example Malinovka: 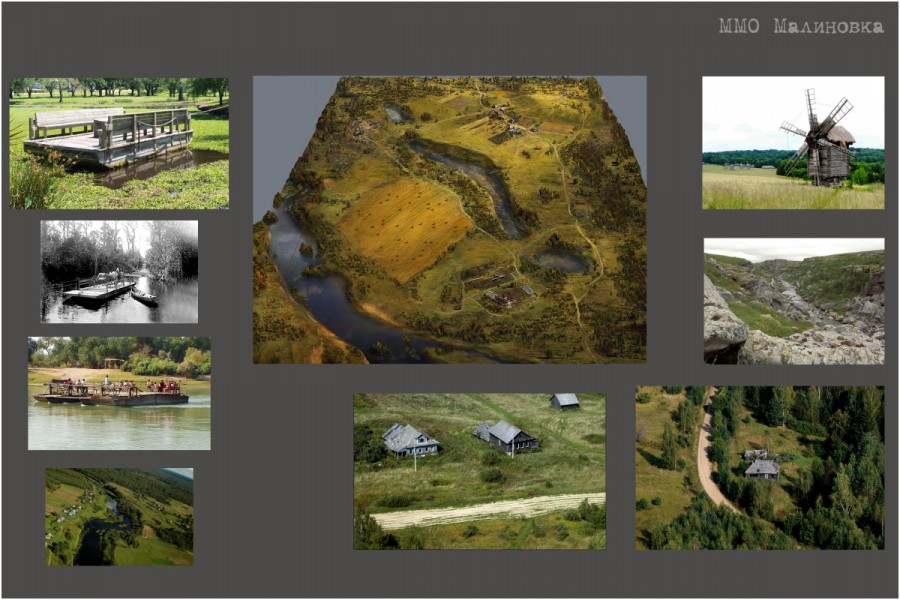 There is also Ensk art: 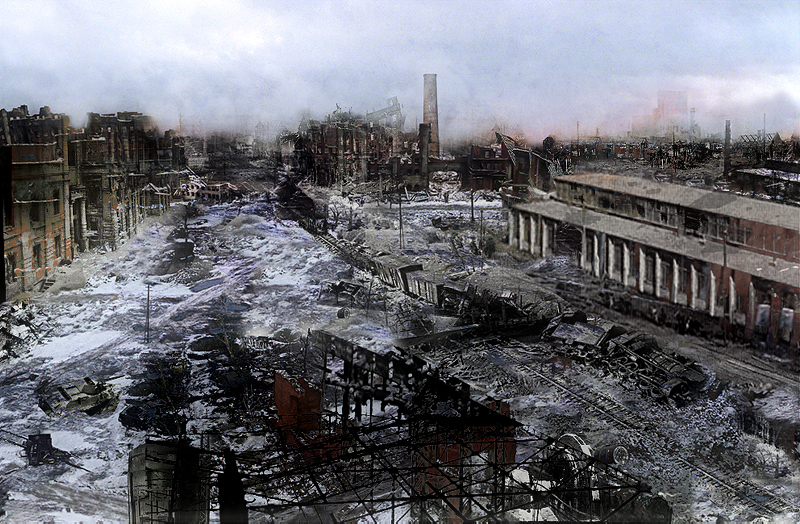 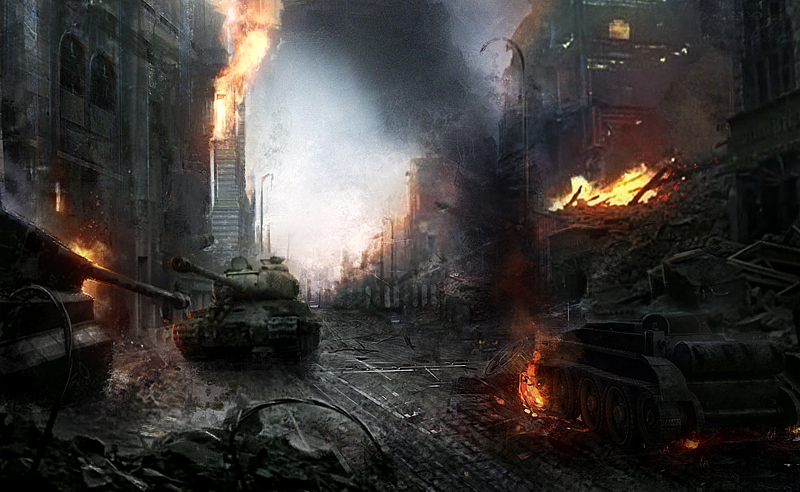 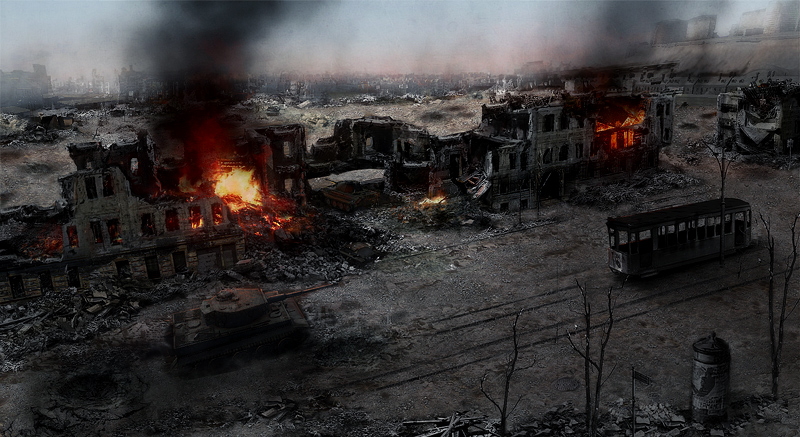 Another free position is the one of level designer. This guy is given the reference map prototype and is supposed to create a game map out of it. Here’s the best part: as a part of his test. he has to do it in Starcraft II Map Editor. Yes, that is specifically written in the requirements. Here are the test pictures he has to create the map from (general map idea and the map height schematics). 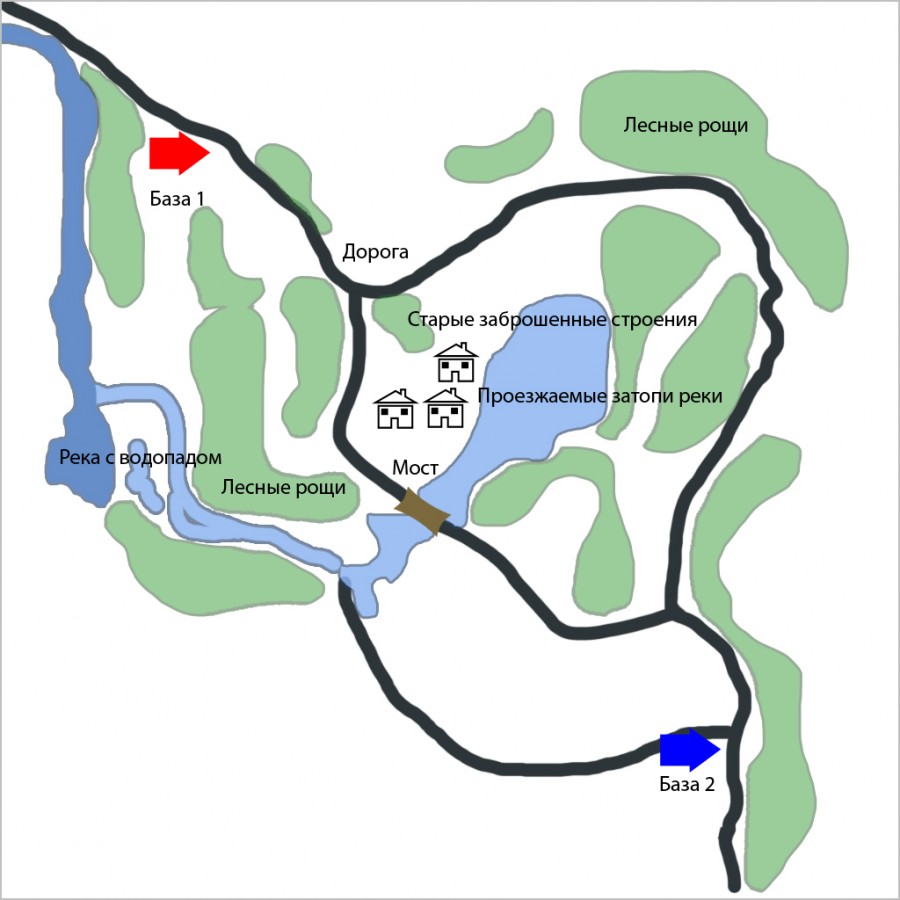 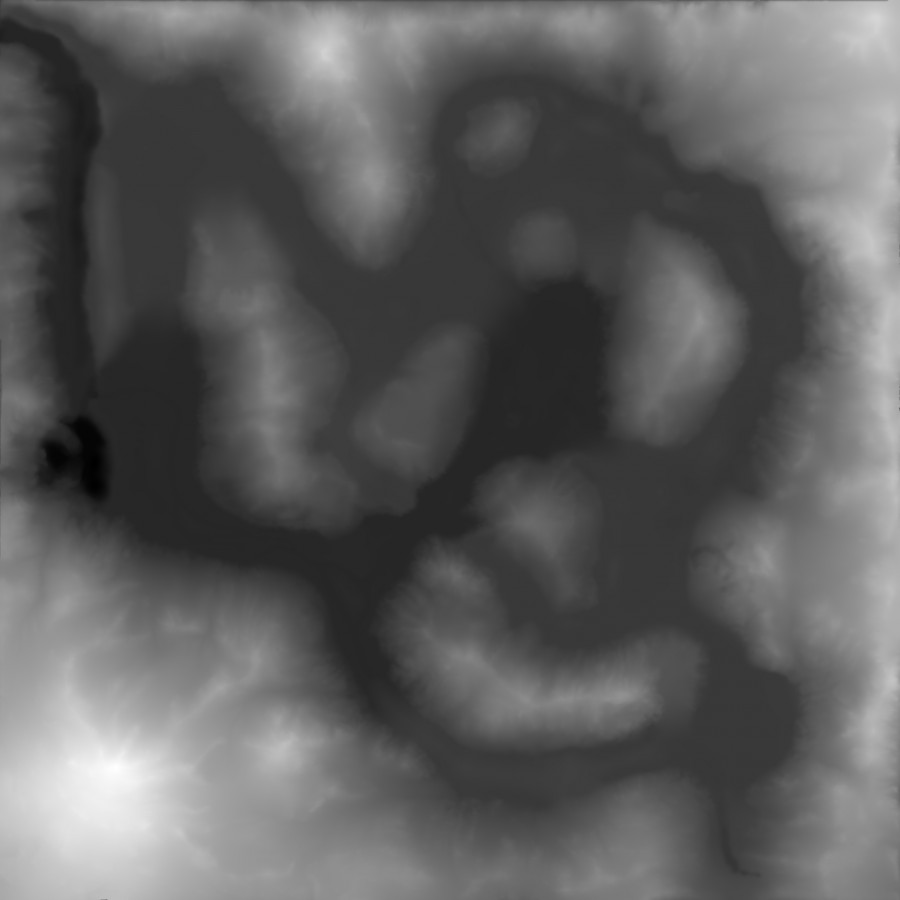 This open spot is Veider’s old position, now that he replaced Zlobny. I am surprised they even bothered to put this out in English when it’s clear that noone not fluent in Russian (as in, a Russian/Ukrainian/Belarussian person) has no chance whatsoever. Some of the test tasks the “new Veider” will be facing:

- describe problems, that exist (in your opinion) in World of Tanks game balance (funny, I thought balance was fine and all the complaints were done by crazy conspiracy theorists :) )
- describe measures and ways you would use to bring World of Tanks game balance to its ideal state (wait, what do you mean by that, it is suddenly not ideal? o.O)
- write a one page story about how do you see this game in five years (Maiorboltach: “It seems that this is why Zlobny was kicked out to read newspaper job columns”)
- you need to describe the camo mechanics (or you can make up your own system) and explain it to a person with general education, who never played WoT before (Maiorboltach: “Wargaming can’t even explain their own camo mechanism completely and here you have to describe it, let alone make your own”)

How terrible. You know, I liked the balance under Zlobny more. He was badass and an insanely good player. Really nice guy to talk to also by the way.

We talked about this already, it’s the position where you create sockpuppets and root out Gaijin saboteurs.

Just a thought here. I sort of admire some Community Managers (or organizers, whatever) for their skill to defend something that simply is not possible to defend. A few days back, I posted a sarcastic post in the Czech forum section, where I mocked the Orlik medal portal post as inaccurate and pointed out the inaccuracies (keep in mind that someone was actually PAID for writing that shit).

Obviously, nothing happened (no WG reply), so I just did let it be, but one Czech community organizer dropped by two days later or so (probably hoping I wouldn’t notice or care anymore) explaining how the poor little Wargaming employees only use available sources and bla bla bla (apparently it’s very difficult to recognize a big ass 20mm cannon from an 8mm MG, that’s why the wrong picture was posted). I mean, really, it took me about 5 seconds to find the correct picture and it took me about five minutes to ask in the Polish community (who, obviously, would know the best about Polish war heroes) whether the story is correct and whether the picture I wanted to use is correct. After all, if WG didn’t want to look stupid, they could use sock-puppet account (since they have it in their job description anyway).

But no, that would be too much effort. Instead we have either a shitty article with errors, or we have a good one (like the one about British flamethrowers), that was however not written by a WG employee, it was written by David “Listy” Lister, a community contributor.

*sigh* I don’t know. Either way, this is what awaits you, if you decide to apply for those spots. Good luck!

(you’re going to need it)

39 thoughts on “So you want to be a Wargaming employee?”