Yuri Pasholok recently posted a really interesting article about the restoration of the Russian museum Panzer II Ausf.F (from Kubinka). I was wondering whether to repost it, but in the end, it would be a damn shame if us westerners didn’t have a look too. It’s not a Hugo Boss uniform, but it will have to do :)

He states that this vehicle is quite rare in museums. This is the way it looks now: 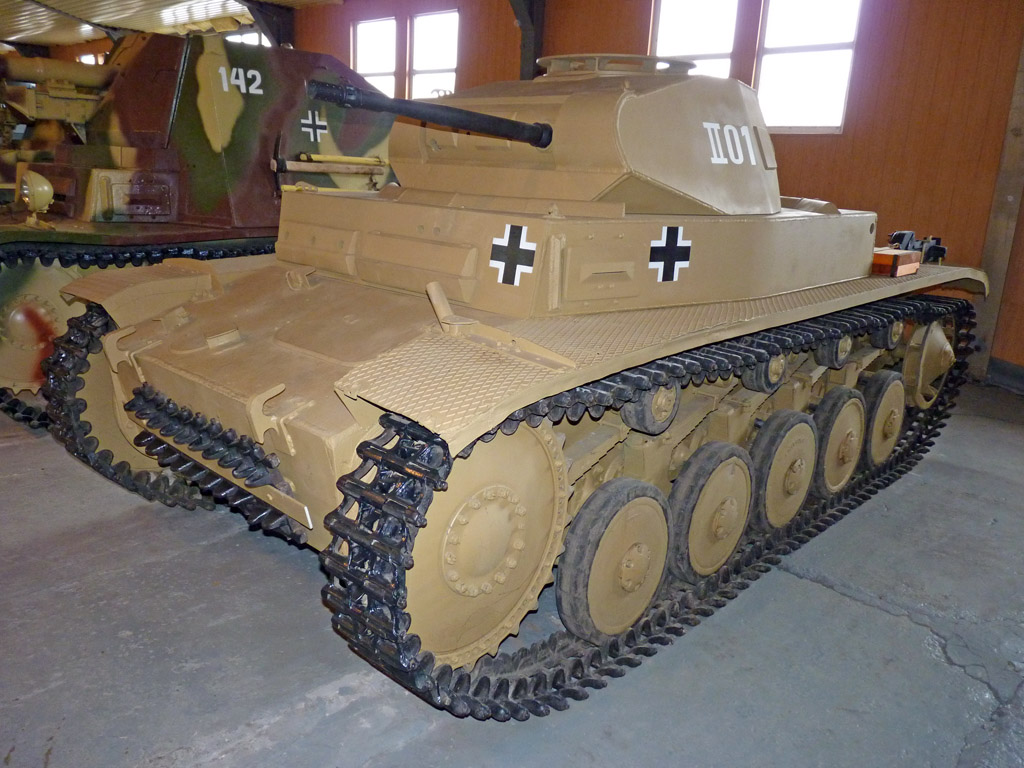 It was made to look like this in Spring 2009 after a restoration by people called “Lavrinenko’s group” (who did some other restoration in Kubinka too apparently, since Yuri Pasholok calls them “the pioneers of Kubinka”), followed by a paint job by another group of people, called “Rodchenko’s group”. This is how the vehicle looked until 2009: 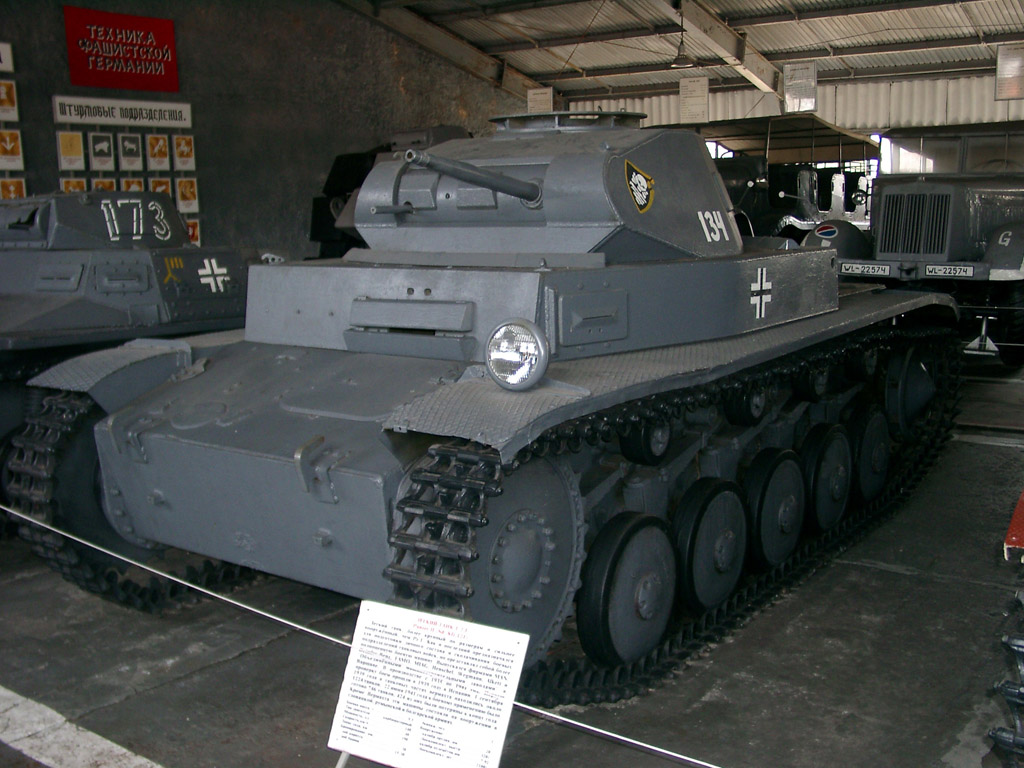 The original museum’s idea, according to Yuri Pasholok, was to make the tank actually operational and to use it during reenactments. It was generally in a bad shape and it needed restoration anyway. It turned out however that the tank is completely empty and all his inside components were taken out for “testing”. After that there was some delay and the work to bring it to current state began in Autumn 2008.

While the restorators were fixing the “metal” parts, Yuri Pasholok was apparently personally interested in recovering the old paintjob. What that means is, using a spatula or something, one layer of paint (there were several) was removed, until some old markings were found, like this: 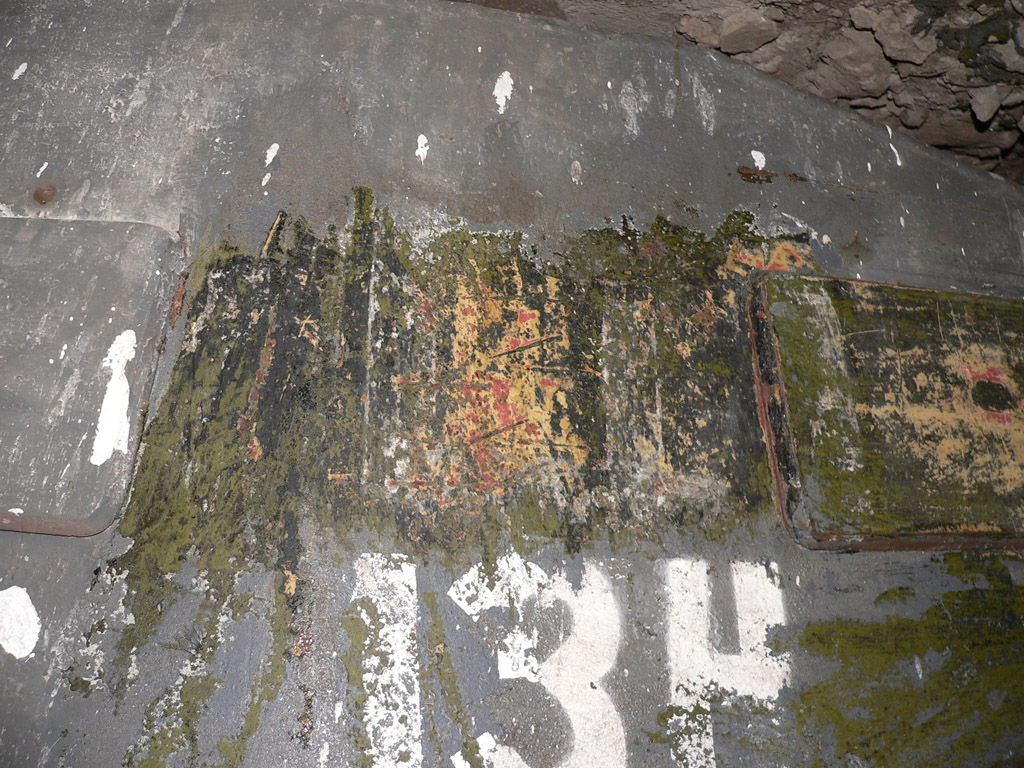 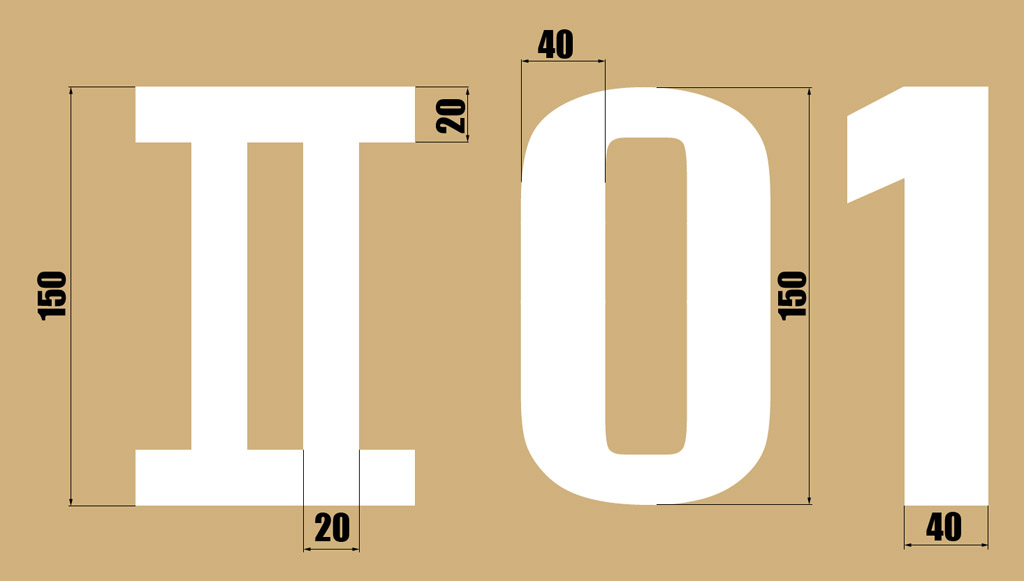 Furthermore, an inscription “БРОНЯ 15 мм” (“armor 15mm”) was found on the right side. This means that the vehicle actually took part in the captured tech exposition in Moscow. Yuri Pasholok states that other expositions vehicles from the museum came from there as well. As a part of the other works on the vehicle, original cross markings were found on the hull under the turret: 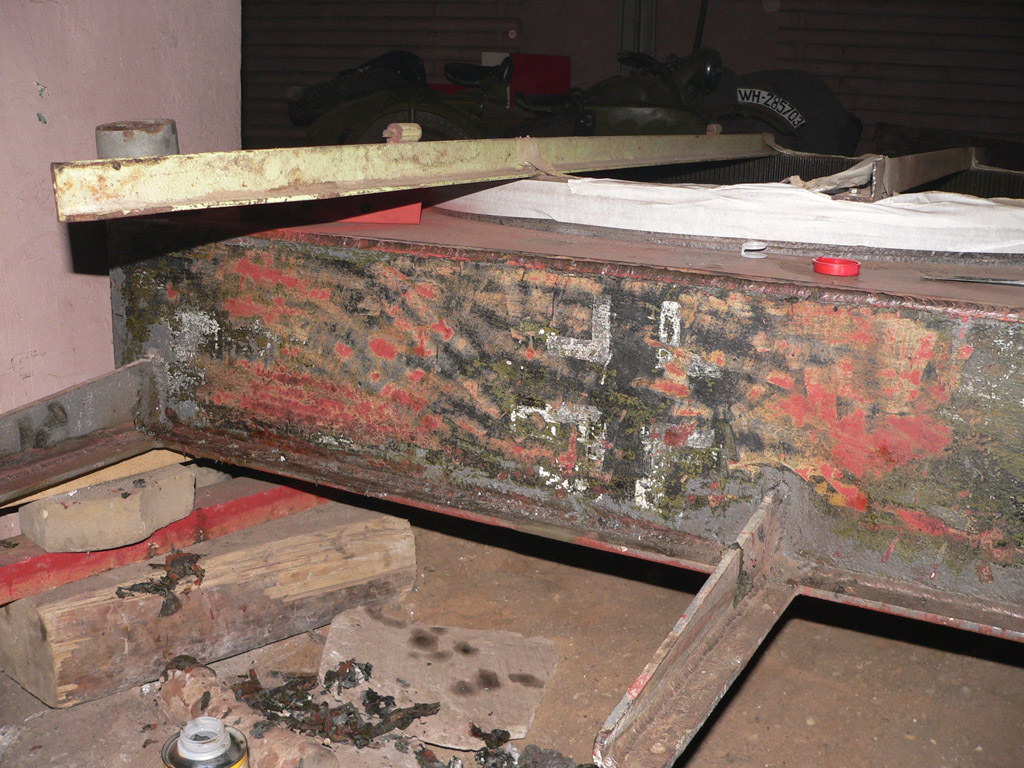 Yuri Pasholok notes that one interesting thing about this vehicle was that there was no “grey” color. The first layer of color was the pink-red primer and after that, the vehicle was painted with classic Dunkelgelb color in February 1943 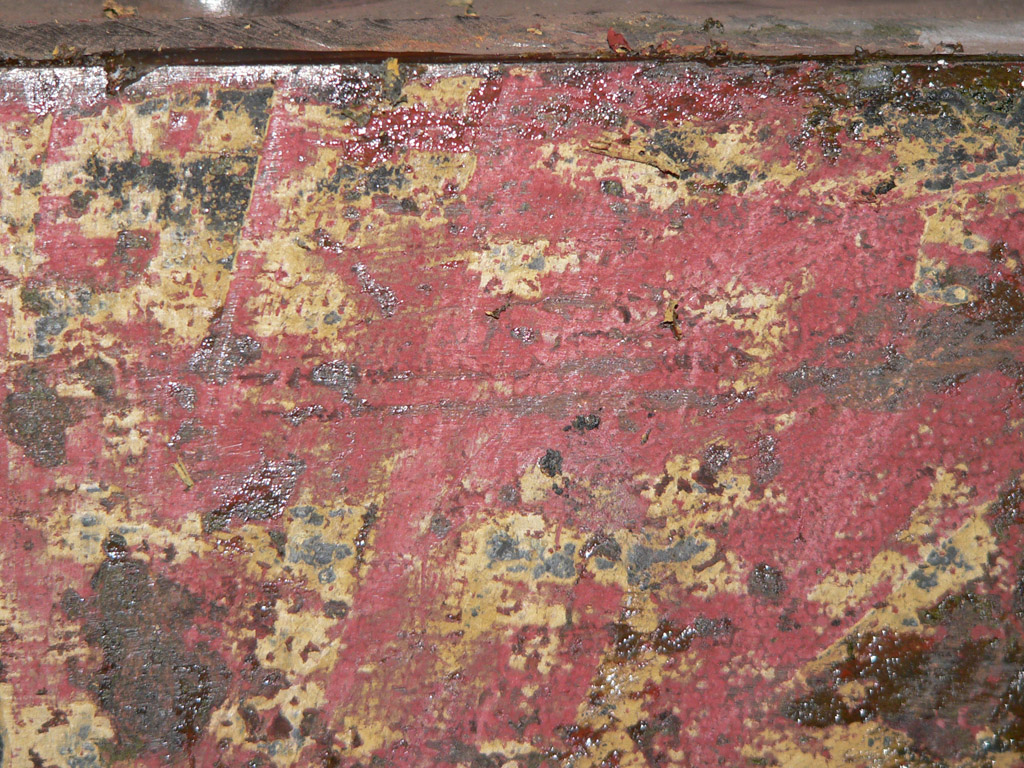 He explains that it means that this vehicle underwent a complete overhault at least once, in which the original “schwarzgrau” (grey) color (RAL 7021) was scrubbed off completely and the Dunkelgelb was put on it instead. This is roughly how the vehicle looked (markings on their places): 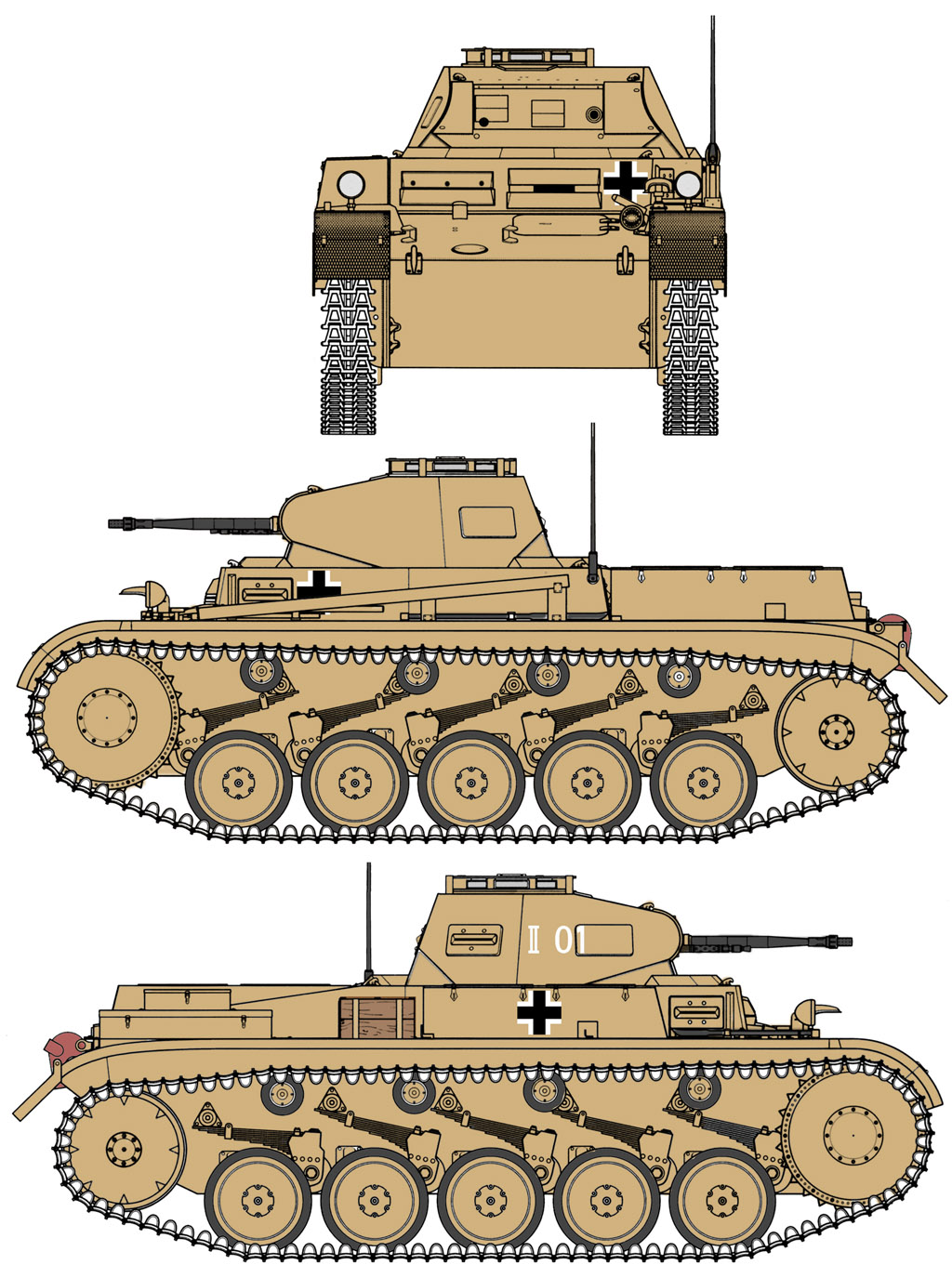 It’s not possible to tell, which unit did the tank belong to, as no division markings were found. But it’s possible to tell the manufacturer, because serial number was found both on the turret and on the hull: 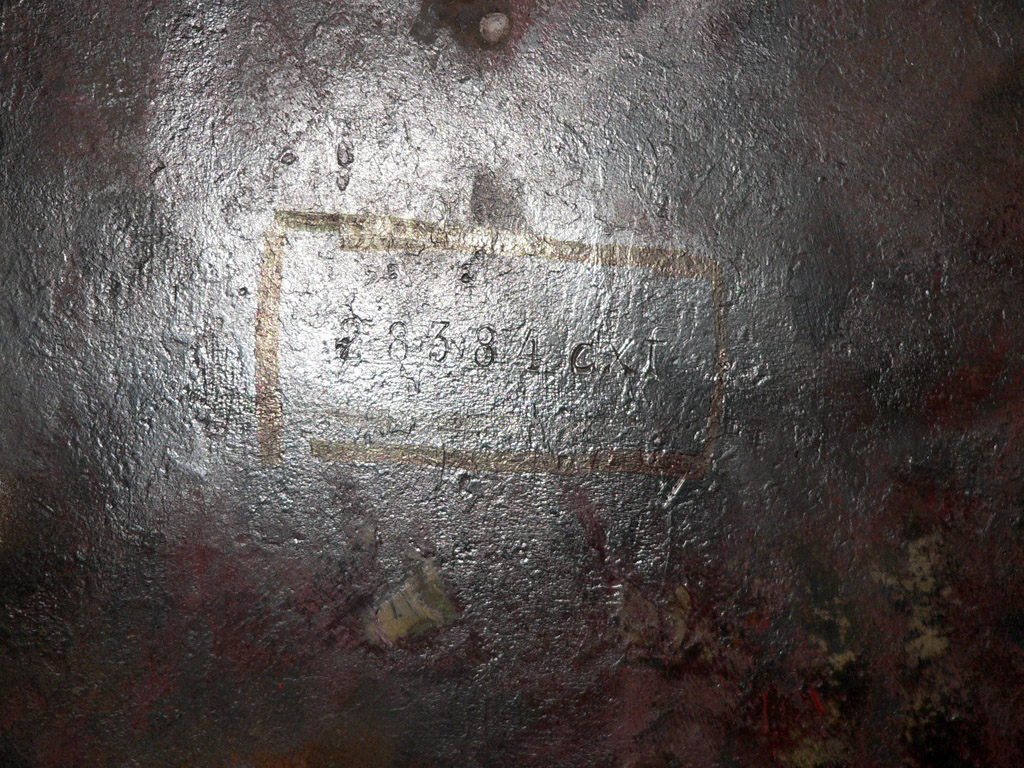 In this case “dxf” is the code of the armor plate manufacturer (Eisen und Huettenwerke A.G., Bochum – apparently the company still exists). However, Yuri Pasholok states that the manufacturer (assembly plant) itself is much more interesting. From August 1941, the production of Panzer II Ausf.F began in the FAMO plant in Wroclaw. But that wasn’t the main producer of this tank – only 40 were made in 1941 and 80 in 1942. At first, the 9/La.S.100 (factory index of Panzer II Ausf.F) was supposed to be produced by Alkett and FAMO. But on 19.9.1940, they lost the contract and the main producer became the Ursus company from Warsaw.

Here, Yuri Pasholok states that “of course, the Polish tried to hide this awkward fact, but you can’t escape the truth” – honestly, I don’t see anything awkward about it, it’s not like Czech Škoda and ČKD didn’t produce for the nazis – it was that, or starve (or get to a “shower”) – I actually think the awkward part for Soviets is that they had to fight the vehicles, produced in a country they helped to bring down.

This Panzer II Ausf.F was created apparently in Warsaw at the end of April 1942. In general, these vehicles (Yuri Pasholok calls them the “pride of Polish tank engineering” ironically) were built from March 1941 to July 1942 and 389 pieces were made. After that, Wespe was built until Summer 1944. Yuri Pasholok again ironically states that “Warsaw can be proud of these tanks, especially serial numbers 28329 and 28332, belonging to SS-Pz.Abt.5 from SS Division “Wiking”. 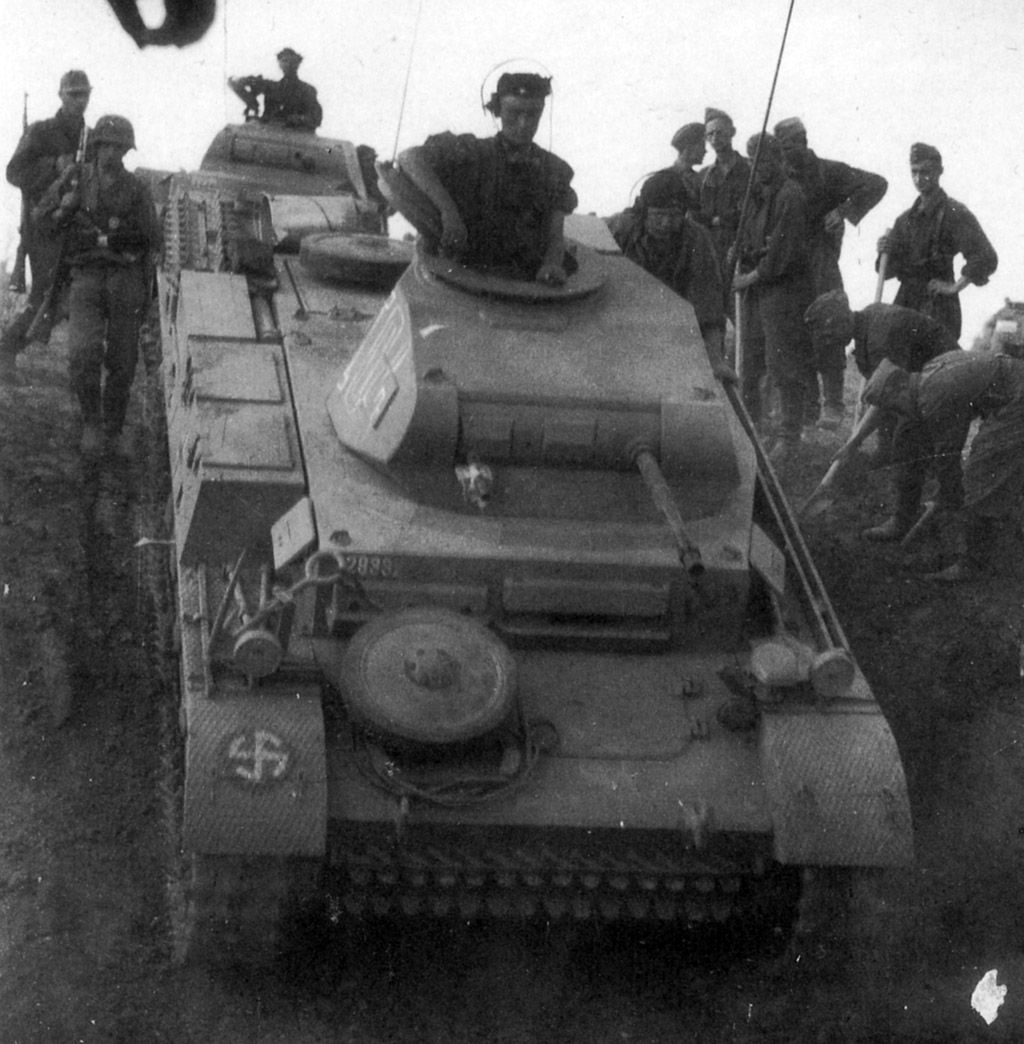 And this is how the vehicle looked almost prepared for the transport back. 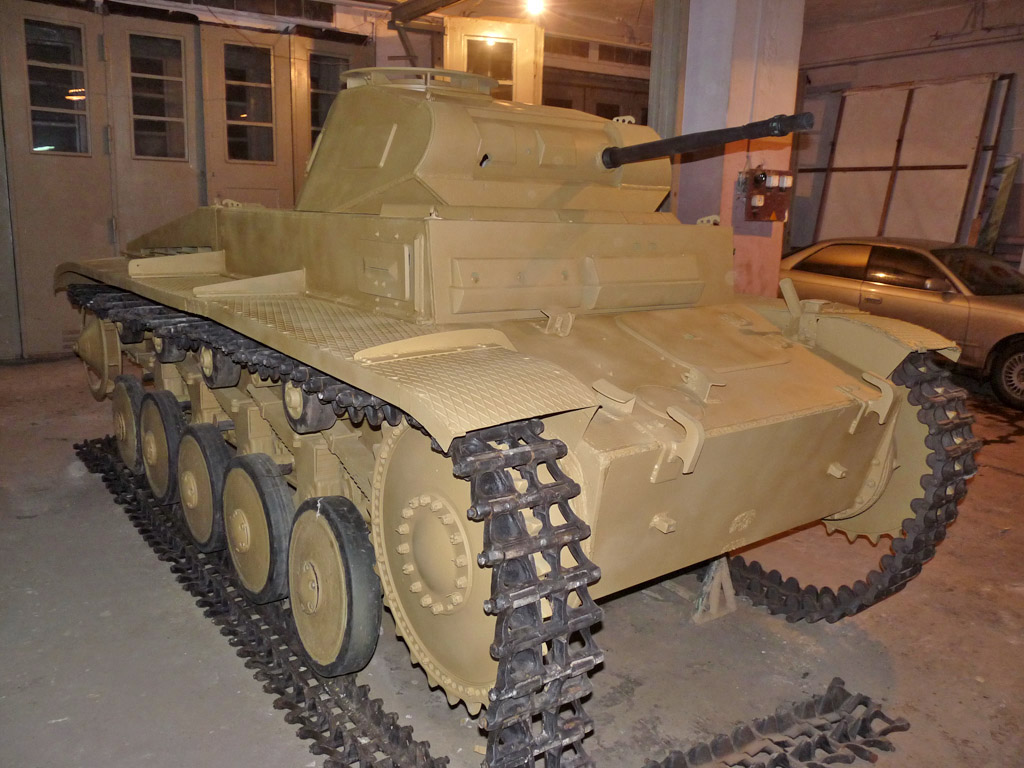 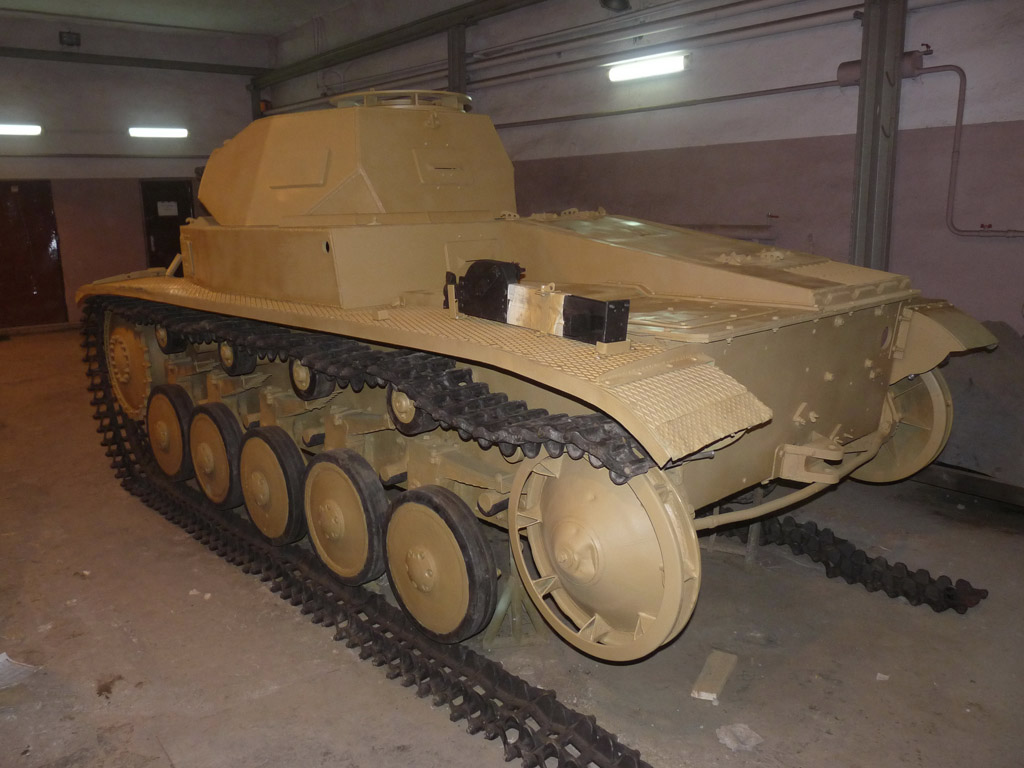 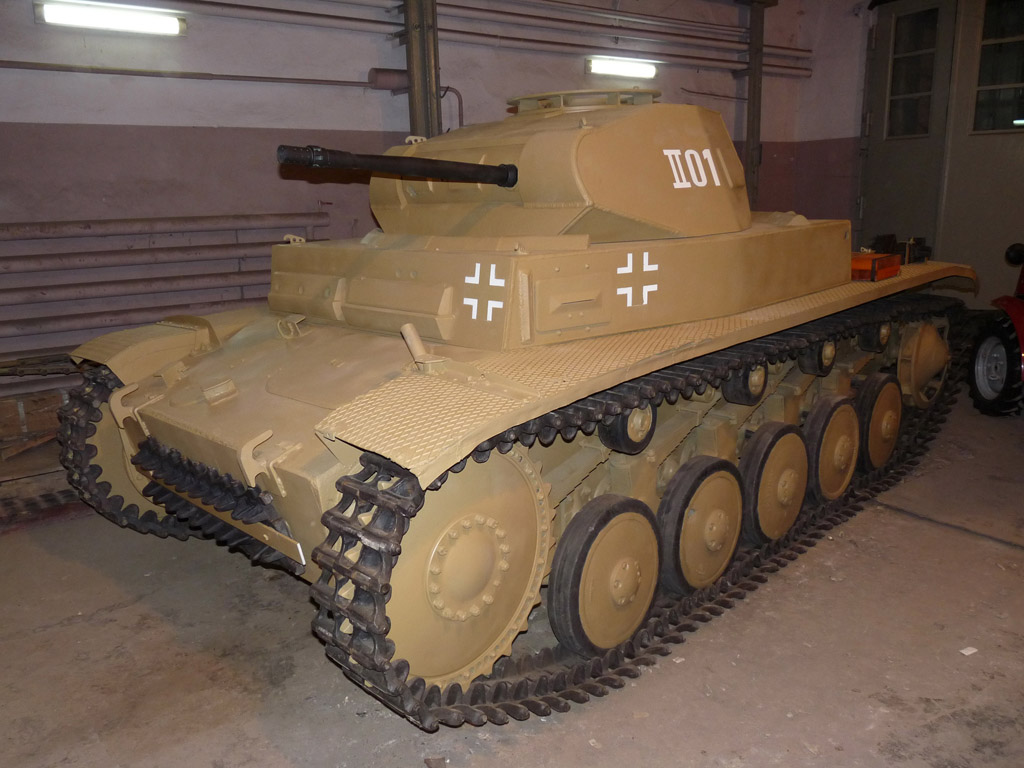 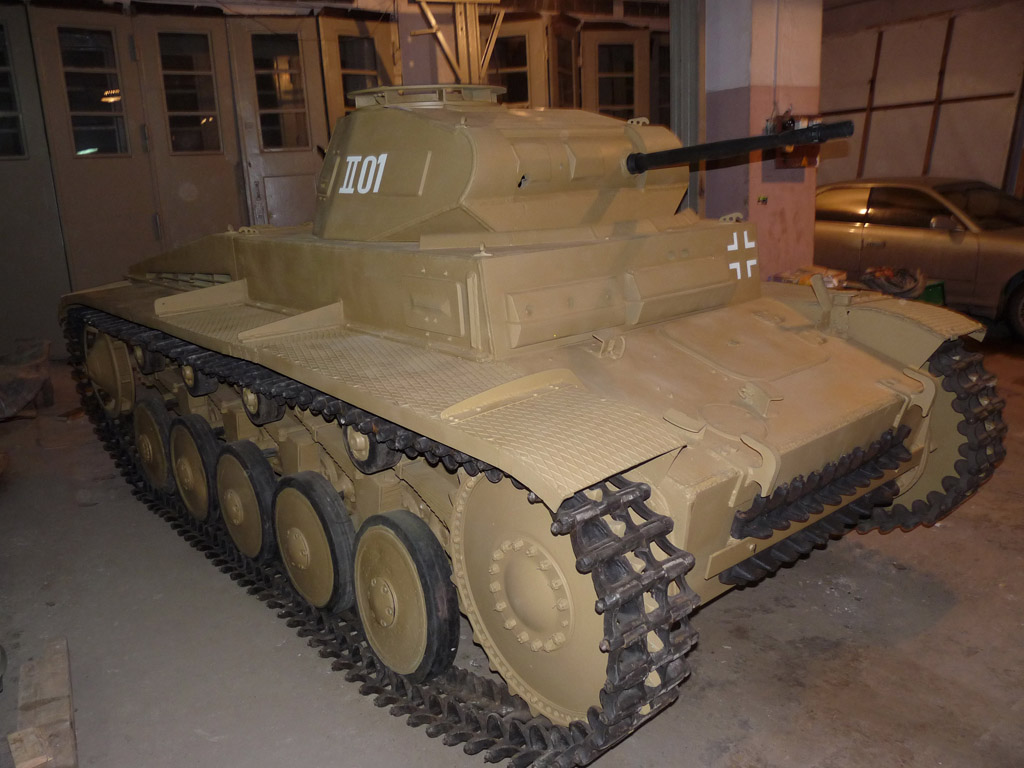 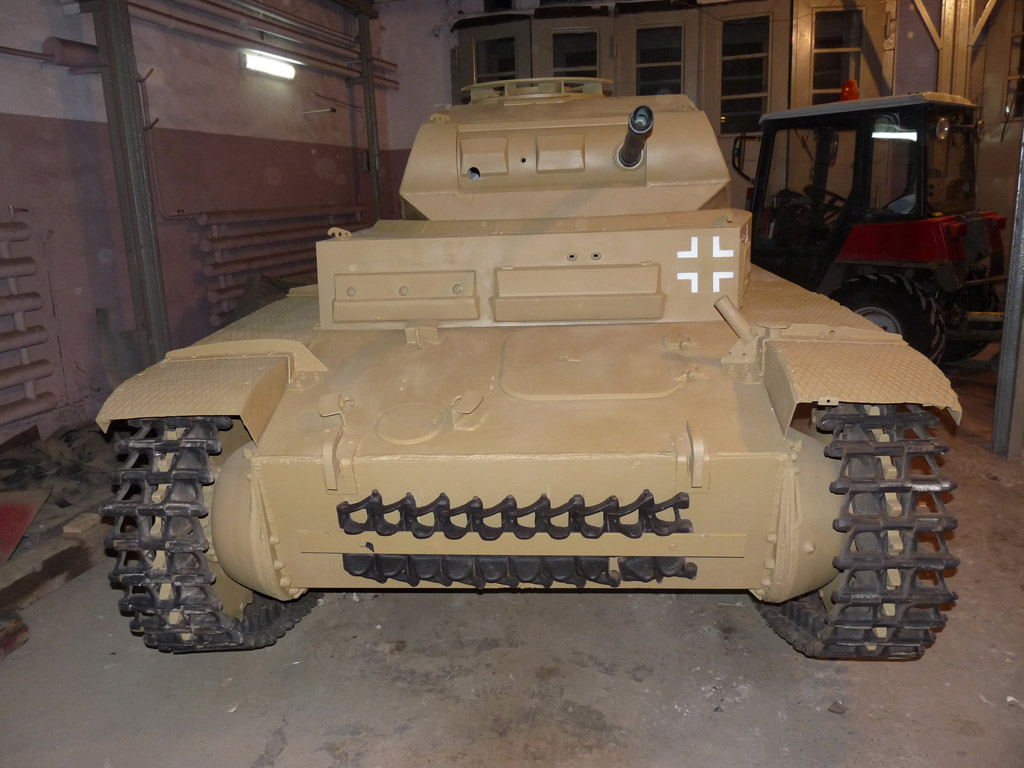 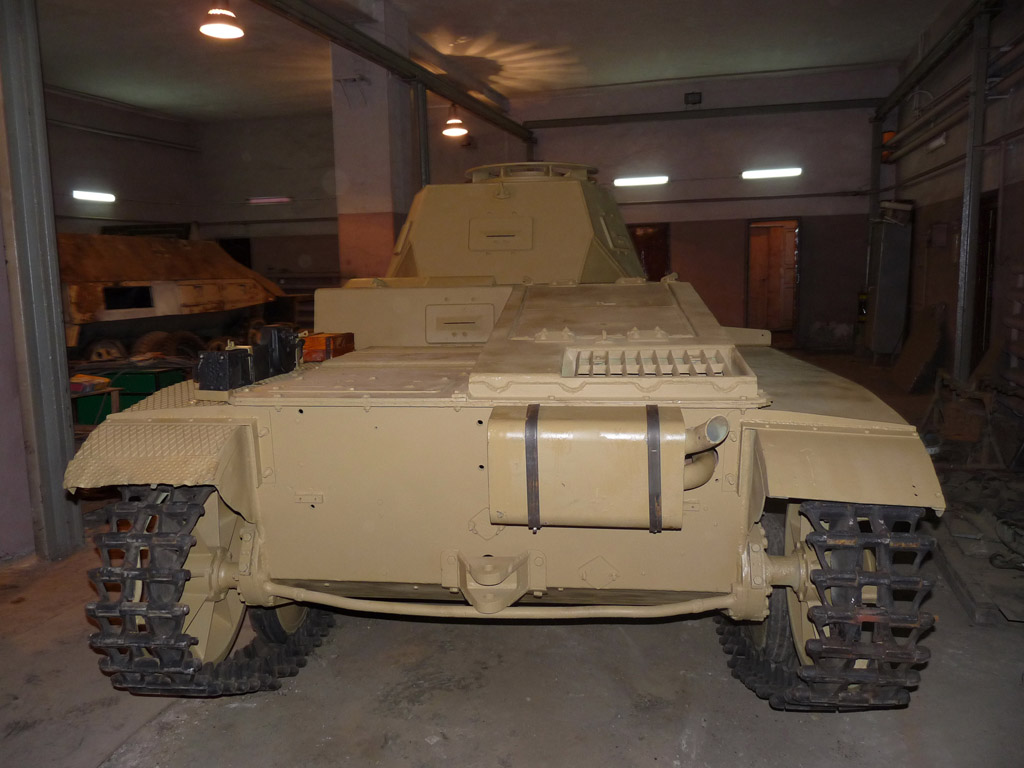