I usually don’t write “buff my tank” posts (I leave it to Zarax, Priory and EnsignExpendable), but this time, I think it’s warranted, because we are going to talk about a Czech vehicle, that is implemented in the game as tier 5 premium tank – Škoda T-25. Naturally, given the fact it’s actually a premium tank, the chance of it getting a significant buff are quite low, especially since there are other circumstances as well (I’ll get to that a bit later). 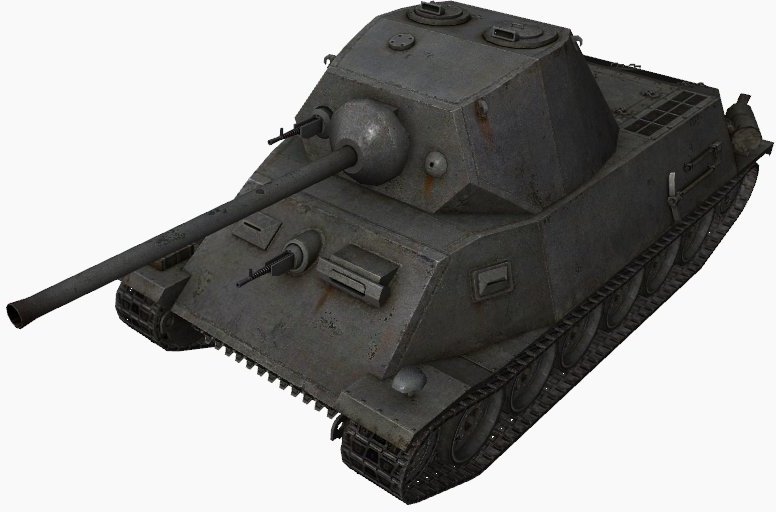 Now, the reason I mentioned “other circumstances” is simple. If a Czechoslovak medium branch is ever implemented, wartime Škoda T-25 project will have to be a part of it (it’s practically impossible to build it without it) and I think we can expect the same thing as with for example the German Char B2 – the premium vehicle stays, but it’s pulled from the store, since the “original” is available now. Considering this fact (and its premium status), it’s likely that no changes will be made on the premium vehicle, but still, let’s have a look at the differences between the historical T-25 project and the ingame vehicle.

For reference, I will be using probably the most detailed source on T-25 available, P.Pilař’s article “Projekty středních tanků Škoda T-24 a T-25″ from Czech magazine HPM, Issue 5/2004 (I will repost it at the end).

The biggest change compared to its historical counterpart would probably have to be the gun. Ingame 75mm A18 is a regular gun with 116mm penetration and 14 ROF. Historically however, the T-25 was supposed to be equipped with an autoloader (unlike the tank itself, the gun actually existed and was tested in real life on a captured Tiger after the war, along with the autoloading device). The autoloader was of a drum type (Škoda developed this type extensively, especially after the war) and the gun could penetrate historically 98mm at 1000m. Given the fact German methods were used for evaluation at that point in history, it’s also safe to assume that this penetration was achieved against a 30 degrees sloped plate.

What does this give us then? Well, first, 98mm against 30 degrees is 113mm – and that’s at 1000 meters. Now, if we use the 75mm PaK 40 numbers for rough reference (I used this table), you can see that this shell loses roughly 20 percent of its penetration ability between 100 and 1000 meters. Vice versa, if we assume that the same loss applies for the A18 gun, we are looking at cca 141mm penetration right there.

The historical rate of fire (ROF is a balance parameter though) was 15 RPM, but this was apparently a factory average number. Sources from the test of the Tiger (Pejčoch) state that the gun was capable of 40 RPM burst, which sounds much more like it for an autoloader. The amount of shells in the loading mechanism is unknown (presumably 6-7).

Unfortunately, in other aspects, the vehicle was historically worse than its ingame counterpart. For starters, it was supposed to weight 23 tons (ingame it weighs 19,6 tons). The armor was different too, according to Czech sources:

However, it’s worth noting that no exact armor schematic picture is shown in Czech sources.

The engine ingame is Praga C9 (450 hp), I have no idea what that engine is historically and whether it existed (is it from some German source?), also, why would a Škoda project have a Praga engine? Historically, according to both Pilař and Pejčoch, it was equipped with newly developed Škoda V12 (19,8 liter) with either 450hp (Pilař) or 443hp (Pejčoch). Francev states that the engine would be Škoda V8 (with the same 450 horsepower), but the book it is written in is quite old, the info might not be accurate. Maximum speed in the game is historical.

What I think will happen is that we will see “historical” T-25 at tier 6 in the Czechoslovak medium branch (with T-24 at tier 5), while the German one will get pulled from the shop. Either way, here is the original article (in Czech of course): 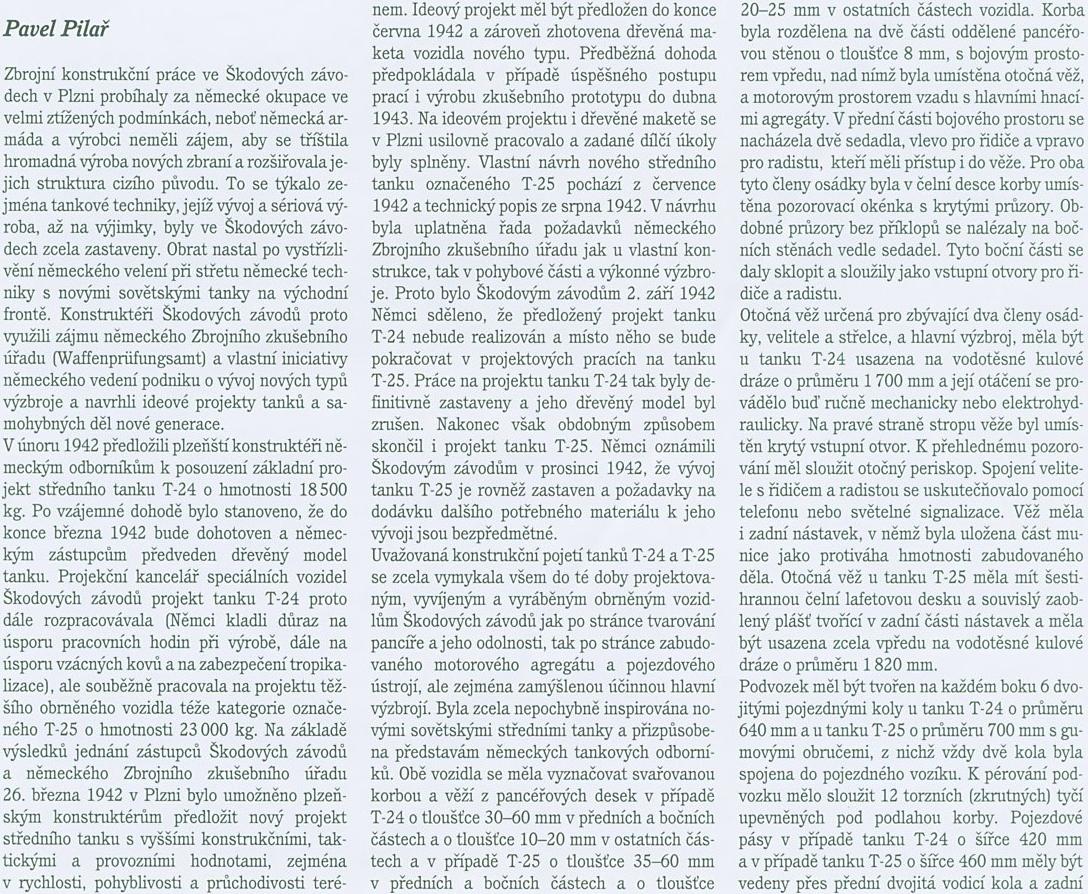