as you probably well know, info on Chinese tanks is very rare and hard to come by. That doesn’t apply only for regular players, but also for Wargaming. With that being said, US server player lujunlin001 dug up some info on US server and presented it in a form of 2nd Chinese heavy branch proposal. He also contacted me and asked me to post it here and naturally, I accepted. Let’s have a look at what he found together (I will redact the post a bit to make more sense).

Now, one more technical thing. Those of you, who play World of Tanks for a longer time, might remember the time when Chinese branch was introduced. It was delayed in fact and the reason for the delay was the change of Chinese tier 10 heavy tank. Originally, Chinese tier 10 was supposed to be “WZ-111 5A”, but it was removed and replaced by the “113″ for various reasons – if I recall correctly, the main reason was the fact that it was basically a copy of tier 8 and 9 Chinese tanks with a bigger gun. Lujunlin001 proposes to bring this tank back and adds more historical info to its background. Here is what he wrote.

Many of you may curious about the information of WZ-111 and as many player said ,the tier 10 Chinese heavy 113 is under powered. So how about replace the tank with the “WZ-111 5A”? Is it a historical plan or just made up by WG? Let’s compare the WZ-111 in WOT and the historical WZ-111 project and we’ll get the answer. 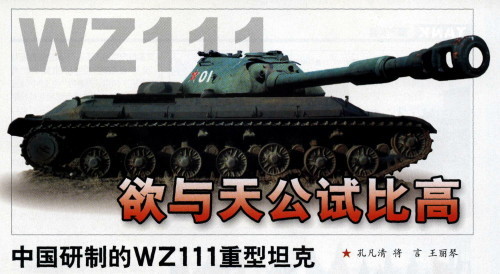 Summary of the historical WZ-111 project 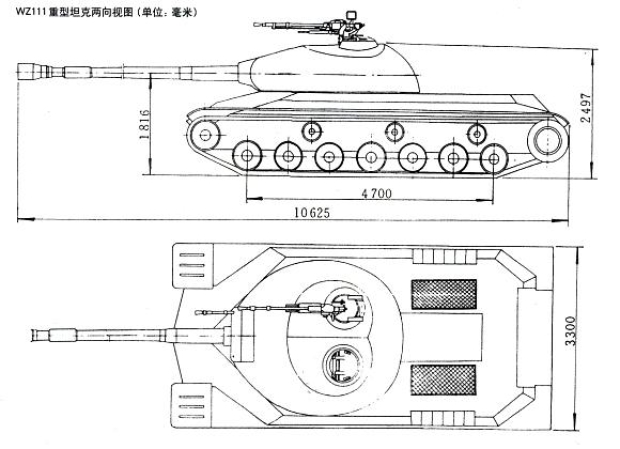 “We not only need large numbers of light tanks, but also we need to produce some heavy tanks to defeat enemy armoured forces” (我军除了应装备大量的轻型和中型坦克以外，也应配备一定数量的重型坦克，用以对付敌人的坦克兵团或执行其他突击任务)

“Heavy tank plays an important role in tank warfare, the development of heavy tanks should start as soon as possible” (重型坦克是当时装甲装备体系中的重要配套装备，为完善我军装甲装备结构，重型坦克应当尽早着手研制。)

After the prototypes were made, the testing of the vehicle was started immediately. The test mainly focused on the construction of the chassis and suspension in order to uncover issues of the design that weren’t anticipated by the designing engineers.

After the test, the development was going to the next stage, but the research of main battle tank has already begun as well. Committee of Science, Technology, and Industry for National Defense thought that the development of new anti-tank weapon (smooth bore guns, APFSDS shells) made heavy tanks no longer important on modern battlefield. The development of WZ-111 was discontinued, but it became an important experience for Chinese designers and some elements of the design were used on other tanks later.

The main gun on WZ-111 is the 122mm gun Y174. It is based on a field gun (Type 60?), but it is hard to find any detailed information about this gun. But according to the 《ＷＺ１１１重型坦克设计技术任务书》 document, the fire power of the gun should be the same as the Soviet M62 tank gun.

In addition, the gun has advanced hydraulic gun stabilizer, an autoloader (链式输弹机) (SS: from the google translation, I think it’s more like a hydraulic rammer, eg. not a real casette autoloader), an active illumination night vision observation device with electric rangefinder and an aiming system, that allows to hit the target at 1 kilometer accurately. 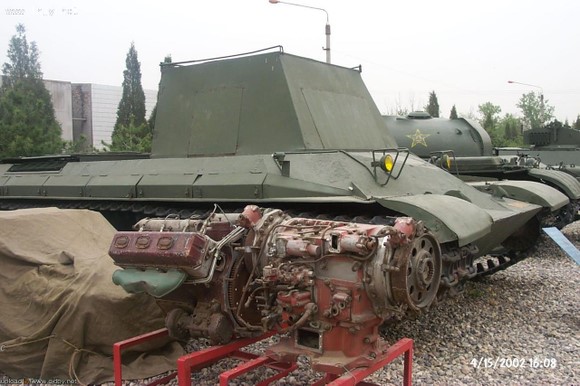 Despite the fact the WZ-111 is a heavy tank, the mobility of the tank is still very good.

The engine of the tank is a Chinese locally developed supercharged engine based on the Soviet V-54. It produces 750 hp, making it the best tank engine in China in early 1960s. The hp/t ratio of the tank is higher than that of Type 59 and Type 69, even just slightly lower than the one of Type 88 MBT. Later, the engine became the basis of WZ-122 and 68G experimental tank’s 650hp engine. 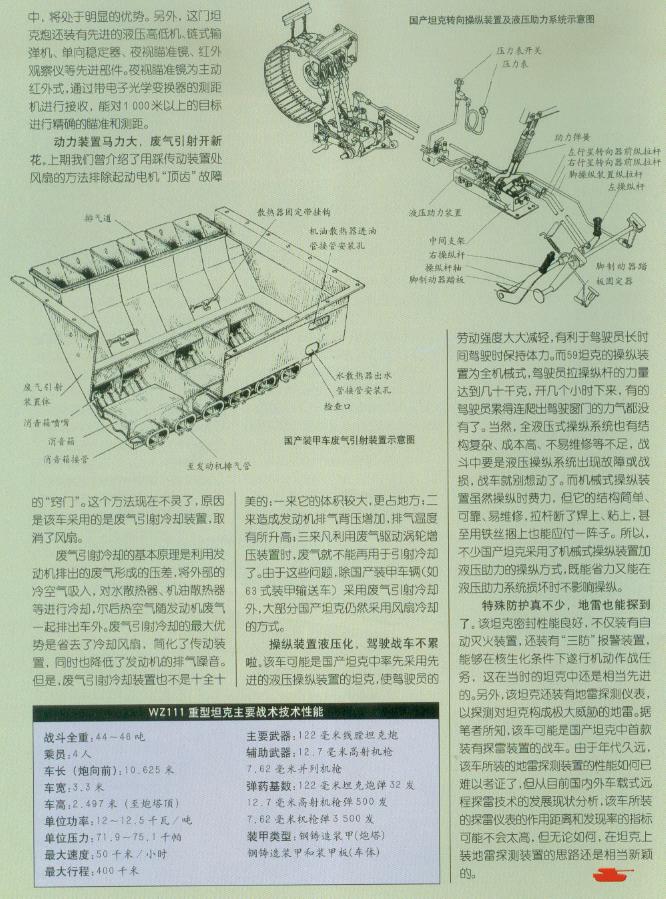 I did n’t translate this part because you already know how’s the armor design of the tank. The thickness of the frontal lower plate is 130mm, but not well angled and it’s interesting that WZ-111 also has NBC protection and a landmine detector (but it is not very effective according to the author of the Chinese text).

It’s evident that there are differences between the WZ-111 1-4 in WOT and the historical WZ-111 project. The historical WZ-111 had a 122mm instead of the 130mm tank gun. It had better engine and was slightlyheavier. It had an autoloader and better optics as well. WZ-111 in WOT might be the tested prototype of WZ-111 produced in 1960s and the proposed further development plan which was designed with a 130mm gun. 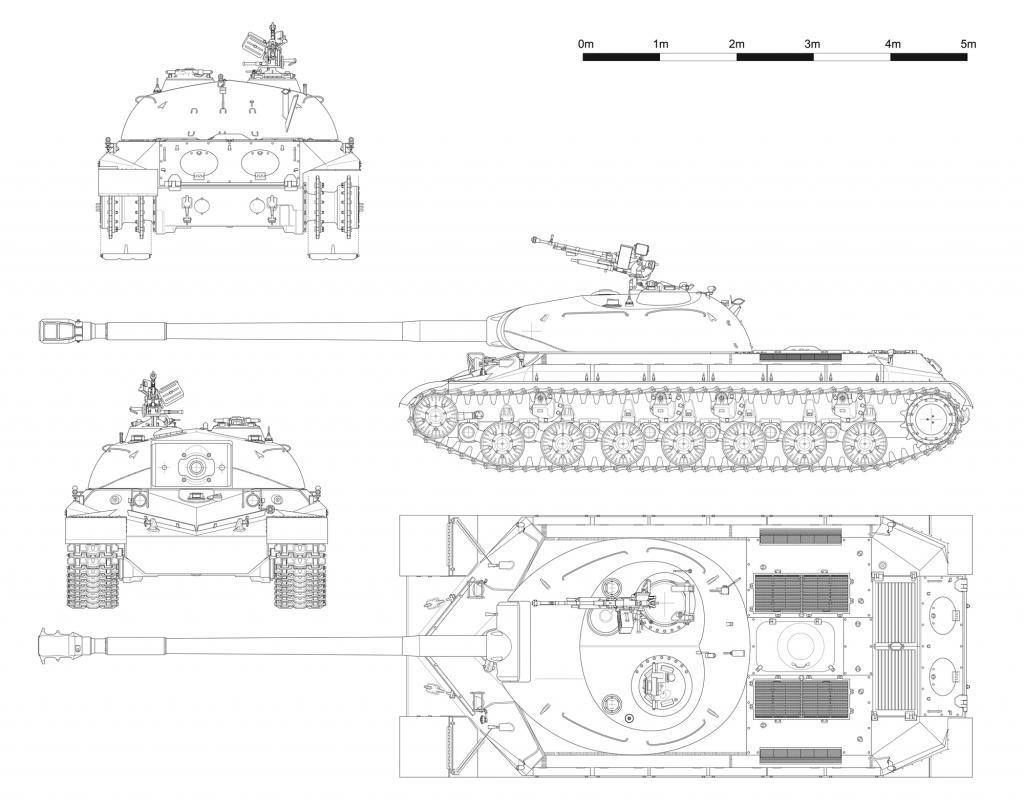 The early prototype characteristics were as such:

Weight: about 44t
Engine: 12150L (520hp) – the 750hp engine still had many technical problems when the prototype were built, so it only has a 12150L engine
Speed: 35km/h
Ground pressure: 71.9kpa
Armament: the Y174 122mm and turret wasn’t finished when the vehicle was built (later the turret and gun were made and tested but unfortunately, there is no test result nor photos preserved) and since the 122mm Y174’s development progress was slow, a 130mm gun was also planned. Or mabe the 122mm Y174 wasn’t as good as PLA expected?

At this point, the author of the text proposes the following: 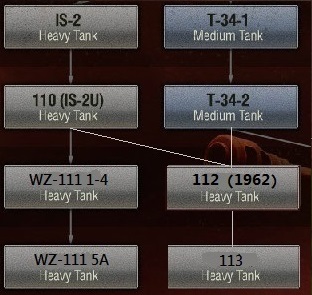 An alternative to this tier 9 vehicle could by the “111/112 hybrid”, a paper design proposal by one of the abovementioned committees and “Northern University of China” (中北大学), basically a 112 turret with a 111 hull – no prototypes were made.