currently, Russian server is having a week-long event, honoring the birthday of Z.J.Kotin, one of the most important and influential Soviet era designers. Obviously, since he personally is not as important for EU and US server, we don’t have the same event, but I think it’s worth translating the history part of the Wargaming post for English-speaking users, so they get to know this tank designer as well. 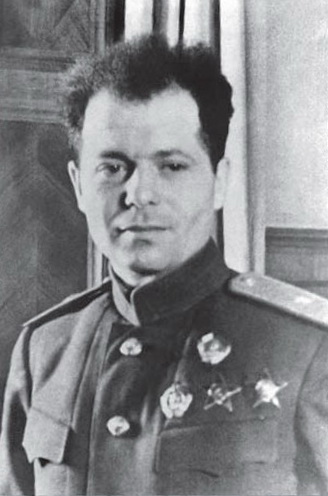 Z.J.Kotin was born on 10.3.1908 in Pavlograd (Dnepropetrovsk district). Since 1923, he worked as a mechanic in the boiler-mechanical plant in Kharkov, while studying during the evenings at Rabfak (“university for workers”). In 1927, he started his studies at the Kharkov Polytechnical Institute.

In 1932, he graduated at the Dzherzhinski Military-Technical Academy and from 1932 to 1937, he served on various military-technical posts, including the head of the research department at the Red Army Motorization and Mechanization academy. Since 1937, he was appointed to be the chief designer of the SKB-2 (special design bureau) of the Kirov plant in Leningrad. There, he participated in the modernization of the T-28 and the creation of the multi-turret SMK heavy tank. Between 1939 and 1940, the famous KV-1 and KV-2 heavy tanks were designed and built under Kotin’s leadership. Apart from that, before the war, SKB-2 was engaged in designing the KV-3, T-50 and 152mm BR-2 SPG on self-propelled tracked chassis. All these projects were stopped with the beginning of the war, but for his merits, Z.J.Kotin was awarded the title of Hero of Socialist Work.

In June 1941, Kotin became the deputy people’s commissar for tank industry. He personally led the evacuation of the Leningrad Kirov plant to Ural and was actively involved in the creation of Chelyabinsk “Tankograd” (tank-city). He was also involved in the creation of the KV-1S and a number of other KV development projects. After the KV series development was over, in Summer 1942, Kotin organized the development of the new heavy tank, IS-1. Between 1943 and 1944, IS-2 heavy tank was created under his leadership, as well as other projects, such as the heavy self-propelled guns SU-152, ISU-152 and ISU-122.

After the war, Kotin returned to Leningrad, where he was involved in the design of the IS-4 heavy tank, PT-76 amphibious tank, BTR-50P amphibious APC and other vehicles. Since 1968, he became the deputy minister of military industry of the USSR. Kotin was awarded with Stalin Prize four times and recieved sixteen various medals, including three Orders of Lenin, Order of Suvorov 1st and 2nd Class and three Orders of Red Banner.