All credits for the materials posted in this tread go to Renhaxue and his amazing blog about Swedish armor.

so, we all know about the Kanonenjagdpanzer, right? To sum it up:

There were several prototypes (some tied to Switzerland) and in the end, it was the “last urrah” of the casemate turretless tank destroyers with forward-facing gun, kind of like an oversized Jagdpanzer IV, only with a 90mm gun from Bundeswehr M47 Pattons. The gun of course was somewhat of a raison d’etre for this vehicle, since the Germans phased out the obsolete M47′s and didn’t know, what to do with the guns they had on their hands. In the end, cca 1500 were built between 1965 and 1967, some were even exported to Belgium. With the 90mm gun becoming rapidly obsolete, some were converted to ATGM tank destroyers, others were pulled back to reserve units and in one way or another, they remained in service until 1990 or so. 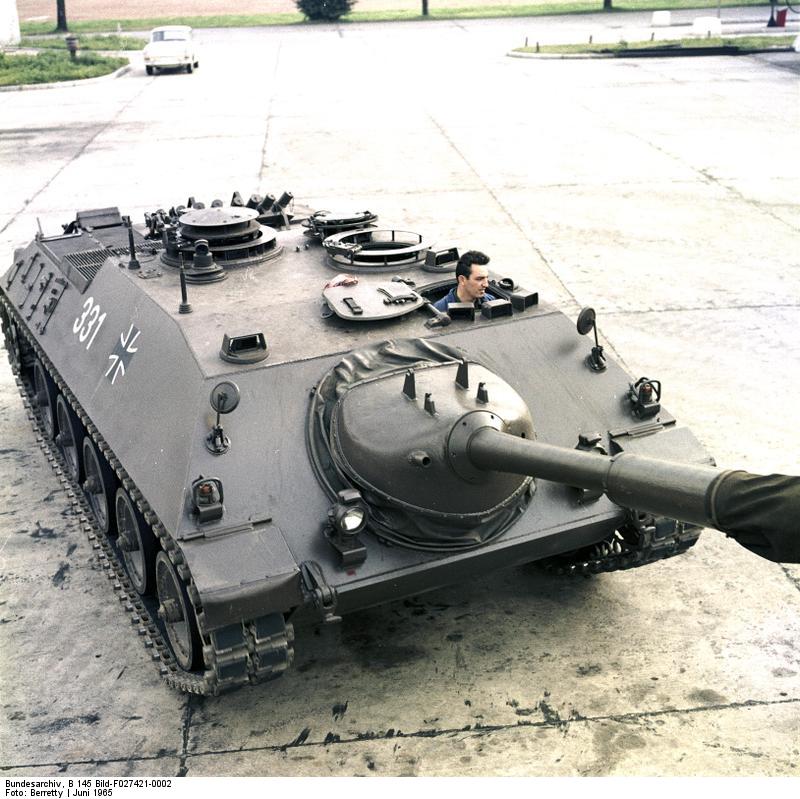 This is a bit boring, because you can read that on wikipedia. So here’s something that you might not know.

Seeing the German companies develop the German army and producers to develop their tank destroyers and APC’s, the Americans wanted a share of that pie as well. Specifically, the Food Machine Company Inc. (FMC), the creator of the US M113 APC (developed a few years earlier), wanted to sell something to the Germans. Therefore, in April 1963, an offer was made by FMC to the Germans for two types of armored personell carriers, called APC Type A and Type B (Schützenpanzer Typ A and Typ B).

Schützenpanzer Typ A isn’t that interesting, although it looks very pretty. 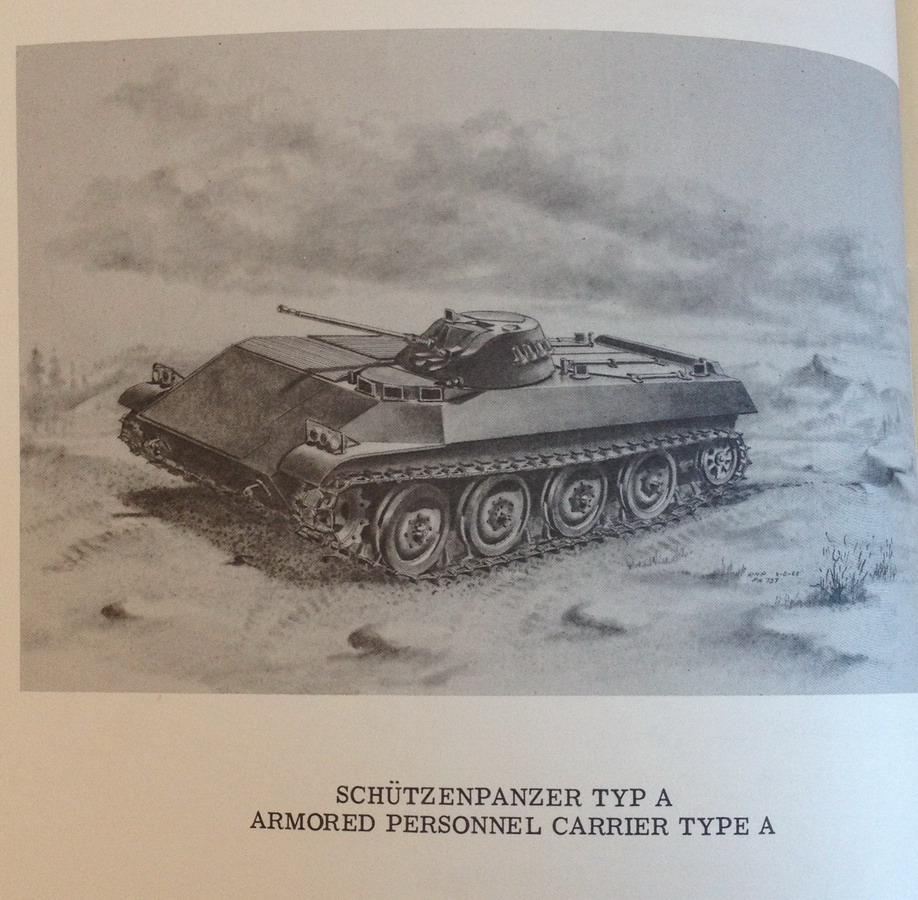 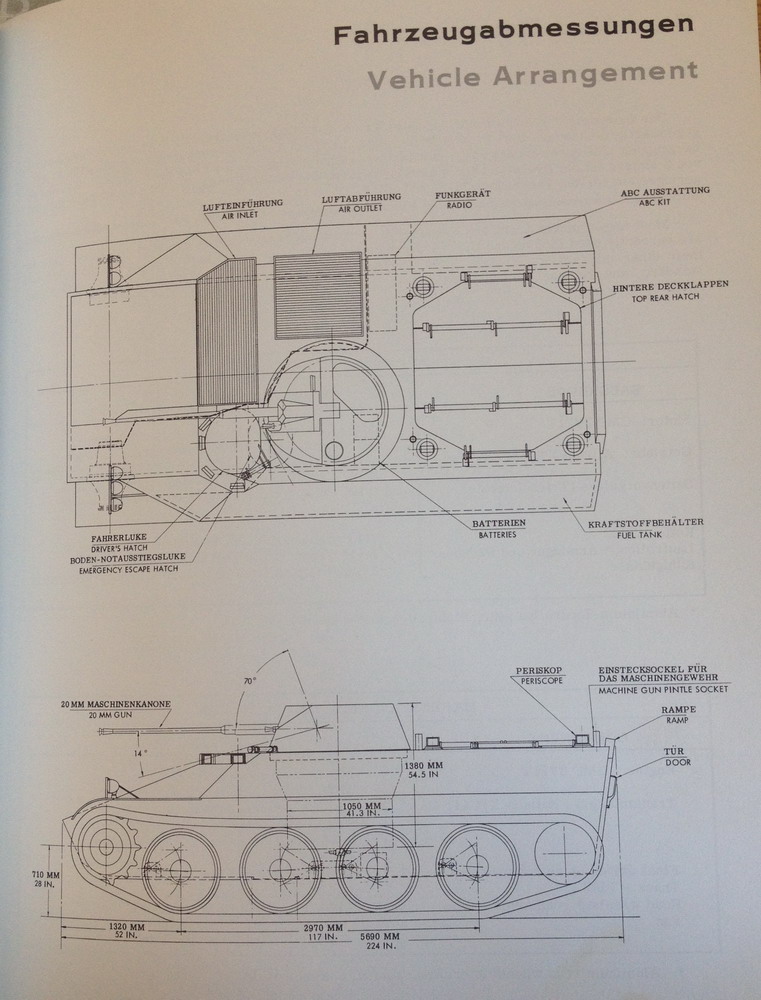 Schützenpanzer Typ B is much more interesting, because included in the proposal, something else was hidden. This is how Type B was proposed to look: 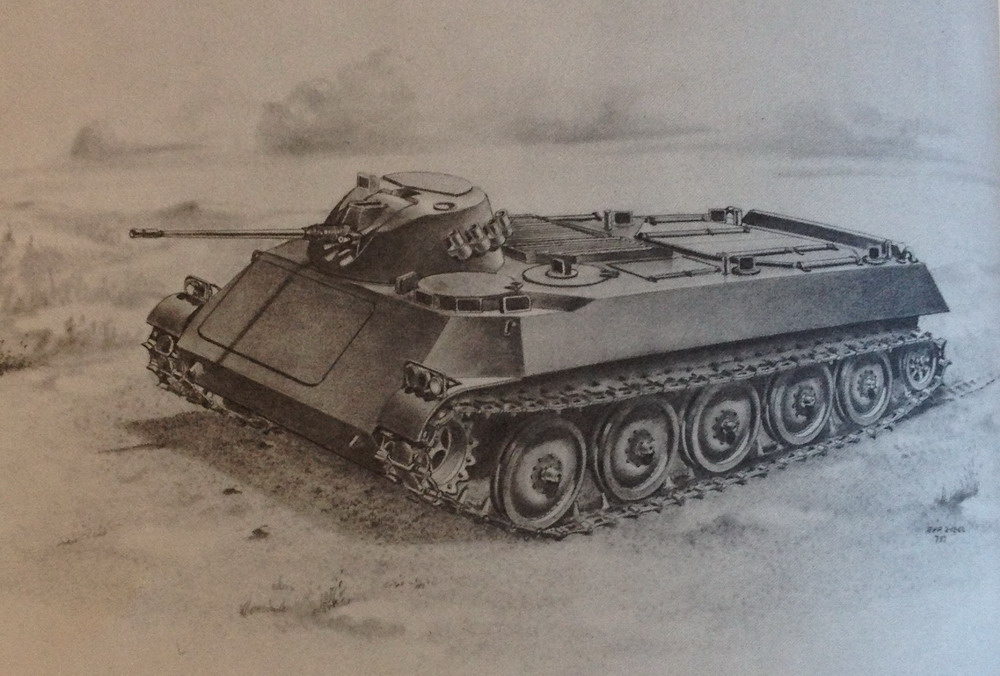 As a part of the proposal, three more vehicle variants (well, four technically) were proposed. Two aren’t interesting for us (one was a 120mm mortar carrier, the other was a dedicated ATGM launcher). Third variant however was a 90mm Kanonenjagdpanzer proposal on Type B chassis. This is how it was supposed to look: 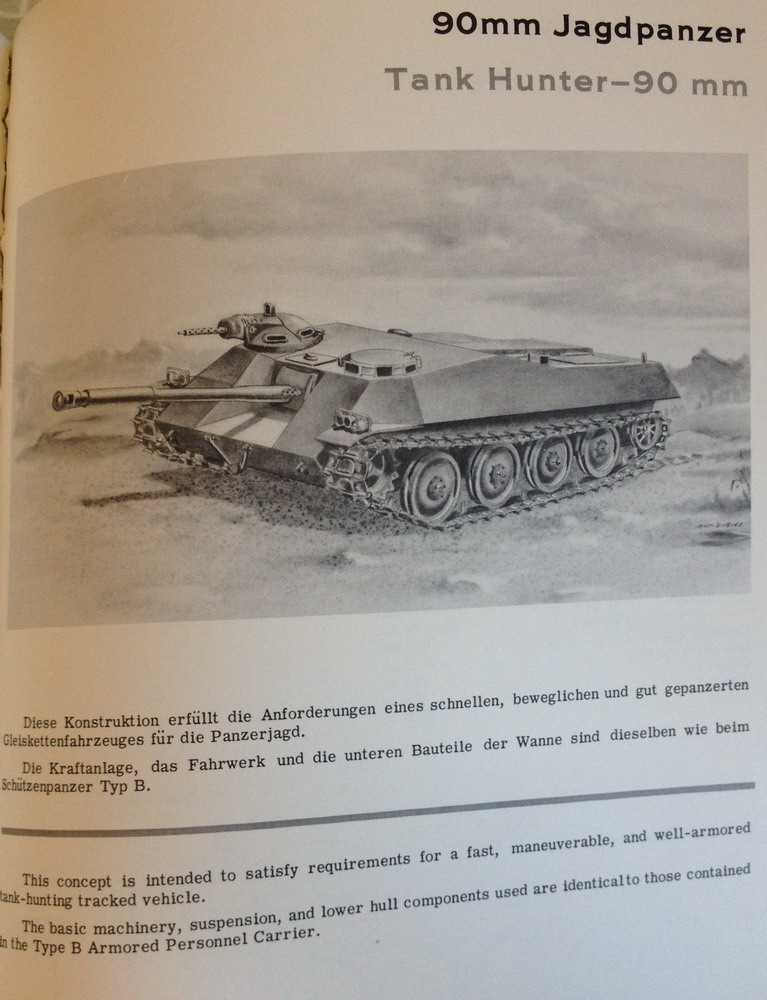 Basically, what we have here is a 90mm tank destroyer on modified M113 suspension. Technical characteristics: 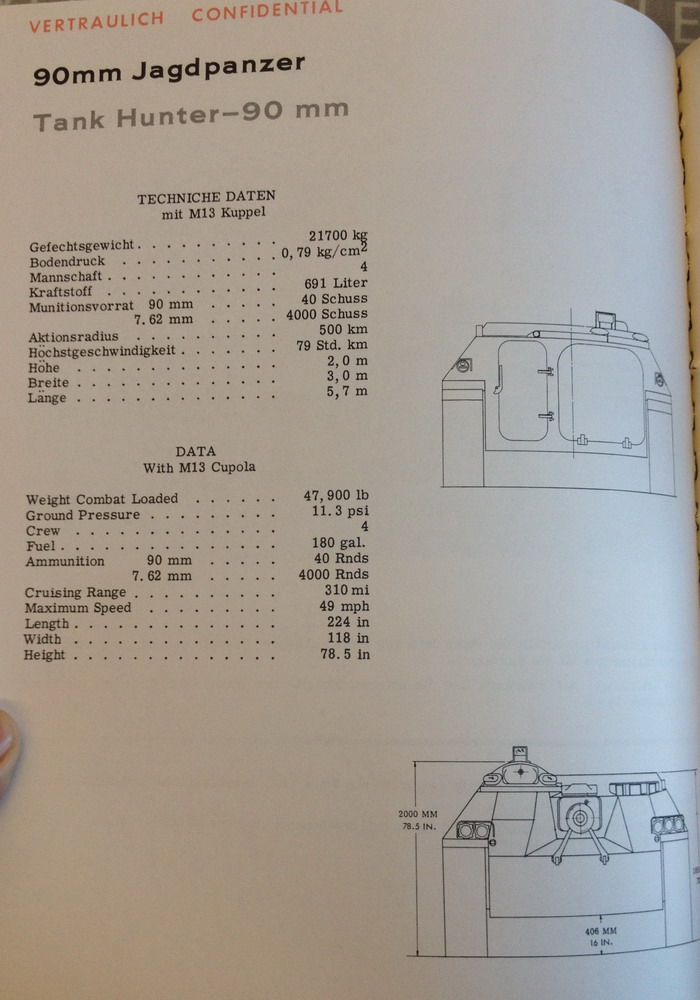 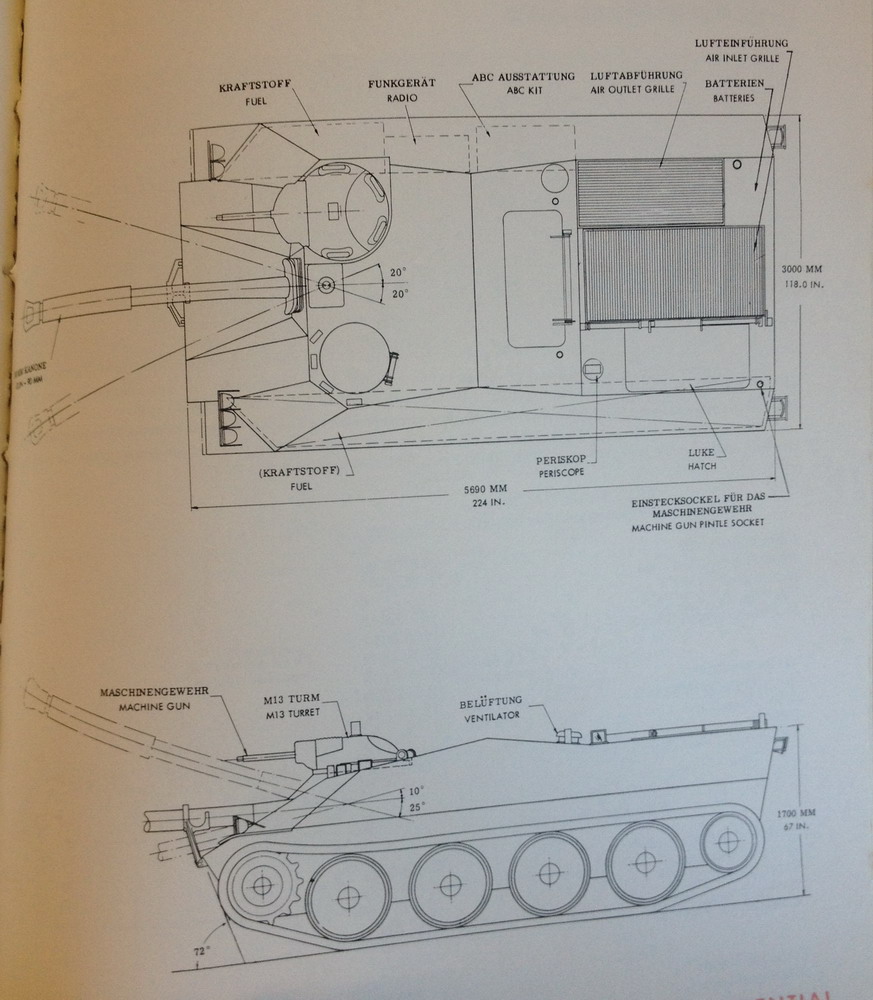 And here is the fourth variant, 90mm Kanonenjagdpanzer with (unspecified) ATGM system (Shillelagh missiles are mentioned) 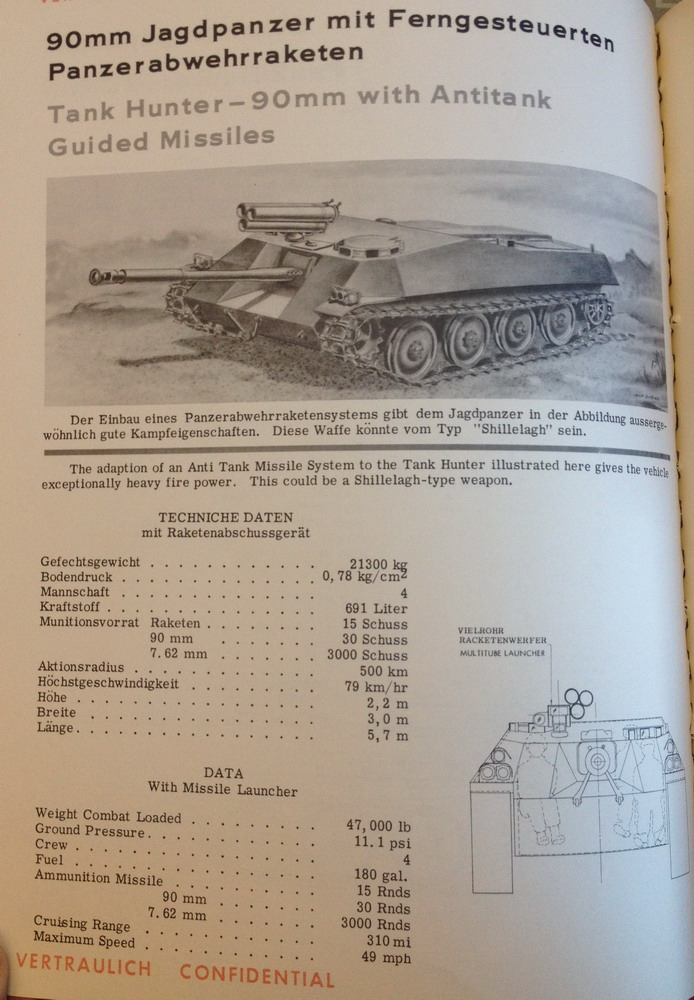 As we all know from history, this offer was refused. However, it serves as an interesting example of what the Kjpz could have been.

16 thoughts on “The “other” Kanonenjagdpanzer”