The popularity of World of Tanks is greatly helping to spread interest in tank history, however some of the inaccuracies in the game are starting to create a new strain of internet tank myths.

One of those is about the VK 45.02 (P), Porsche’s failed bid for a Tiger successor, represented in WOT by two tanks that are both way above their historical counterpart, especially what they call the “Ausf B”.

The roots of a Porsche Tiger improvement starts in early 1942, with the very first proposal of a “Typ 101 Verstaerkt” (strengthened), soon changed into Typ 180 (Electric transmission) and 181 (Hydraulic), designated by Wa Pruef 6 as VK 45.01 (P2), VK 45.02 (P) and finally Tiger P2.
On 30 January 1942 Dr. Porsche proposed that the Tiger P chassis from N° 101 onwards were to be produced with armor sloped at 60° from vertical, with Krupp reply in early February asking for the sloping to be reduced at 55° to ease manufacture, compatibility with frontal machine gun mounts and a large enough turret ring.

Several upgrade proposals were made in October 1942, installing either twin Porsche Deutz Typ 180/1 generating a total 740 HP, a single Porsche Type 180/2 700 HP engine and even a rear layout configuration: 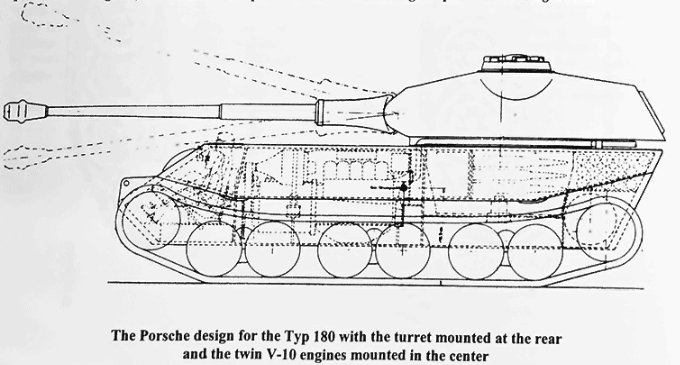 A new turret was designed initially to house the 88mm Flak 41 under Hitler’s strict request , which was later on switched to the 88mm KWK 43 used in the Henschel Tiger II, with specifications for it to be to turn at 15 degrees per second under electric power. 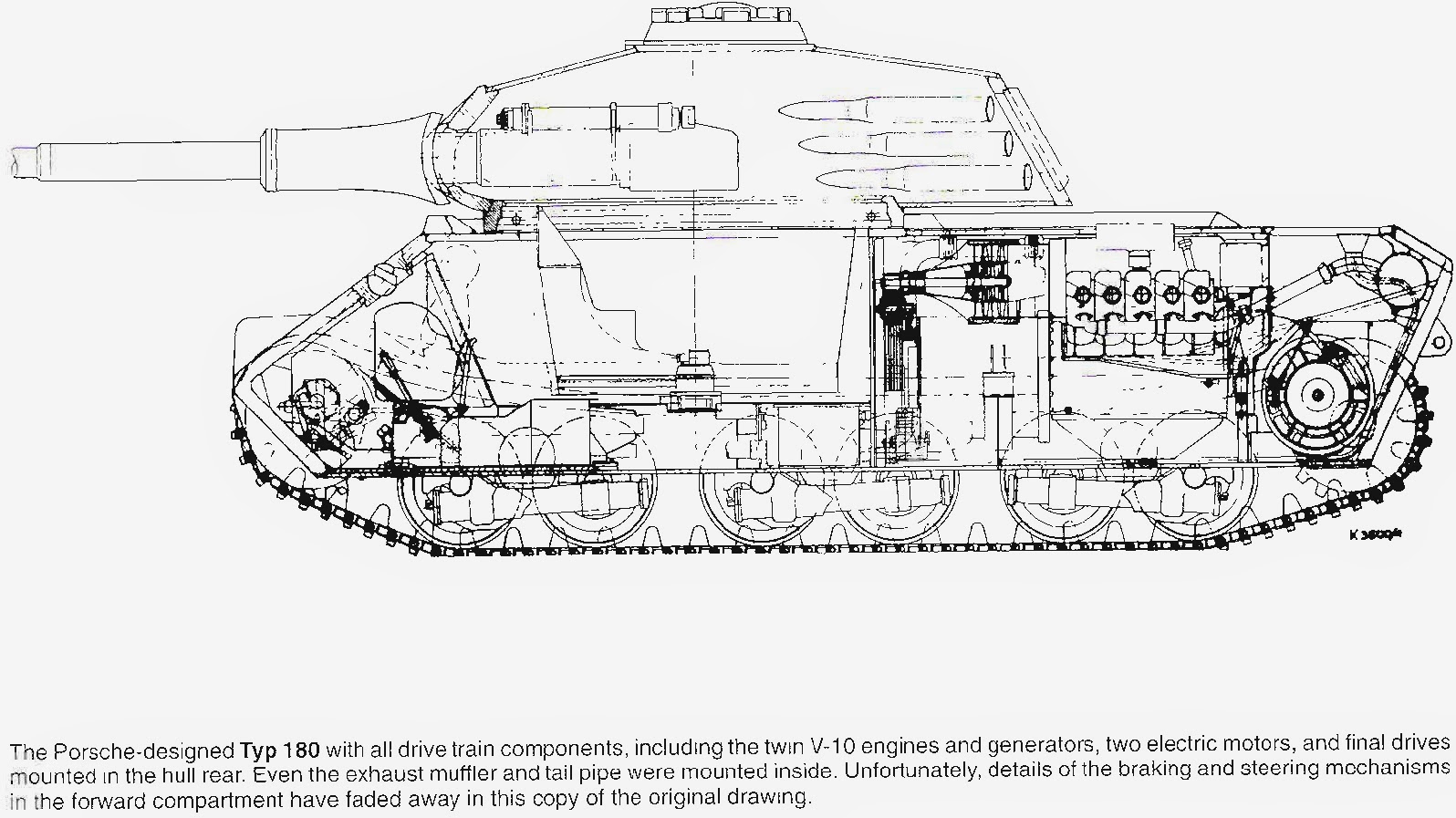 Turret frontal armor was 100mm at 45° in the top part, while the bottom one was sloped at 30°, sides were 80mm thick while the rear was also 80mm but sloped at 30°.
Turret roof ranged from 25 to 40mm in thickness. An initial order was issued for 200 hulls and turrets, later on reduced to 100 turrets and 30 hulls.
Dr. Porsche declared that once the tank hit series production it would have received improved suspensions, an air-cooled 900 HP diesel engine, thicker armor and heavier armament, however the specs of those are not listed anywhere in the sources available to me. Given that the suspension could likely be upgraded to the one used for the Porsche Jagdtiger  I’d personally estimate that an upgraded design would include an extra 50mm plate plus the Krupp 105mm L/52 (or possibly even L/68 for a rear layout) with the later “Henschel” turret (turrets were Krupp in reality) but not much more as the extra 5-6 tonnes doesn’t really leave too much room for improvement provided but not exactly assured that Porsche could eventually remove the nasty rocking issues that plagued that particular suspension.
Three Tiger P2 with electric drive were allegedly being completed at Nibelungenwerk before series cancellation in November 1942, while the first 50 turrets were used in the Henschel Tiger II.