this is a piece of news that I was wondering whether to repost, but since Wargaming made a very nice summary – why not. It is almost a month now, since the, mentioned in the title of the article began: on 19.4.2014, the restoration of several Kubinka armored vehicles began. This restoration was also supported by Wargaming – amongst, other things, by inviting volunteers to work on those vehicles (in case you are wondering – one of them was Yuri Pasholok), along with representatives of Russian portal warportal.ru. The event was  made to bring the vehicles “in shape” by removing the old paint, rust and mold and repaint them with a new coat. 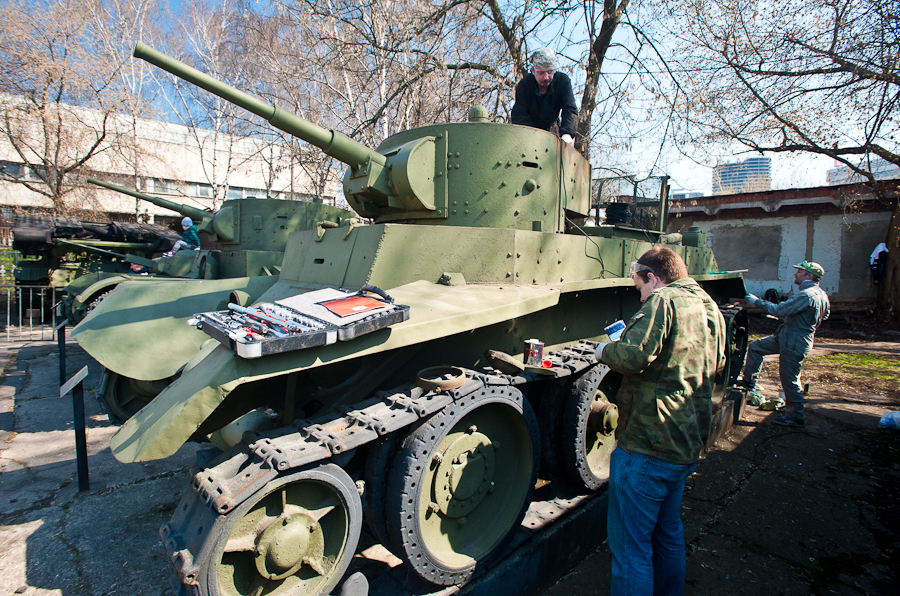 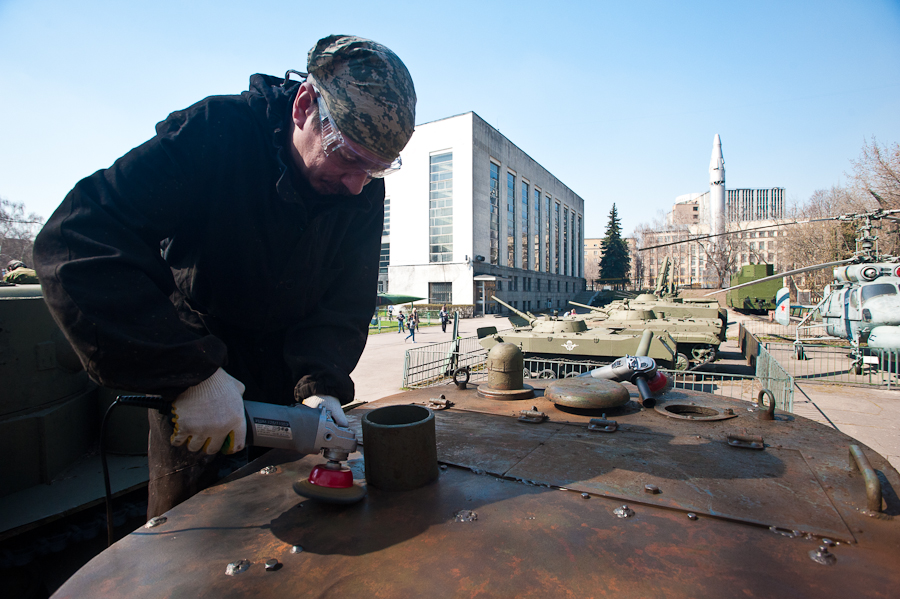 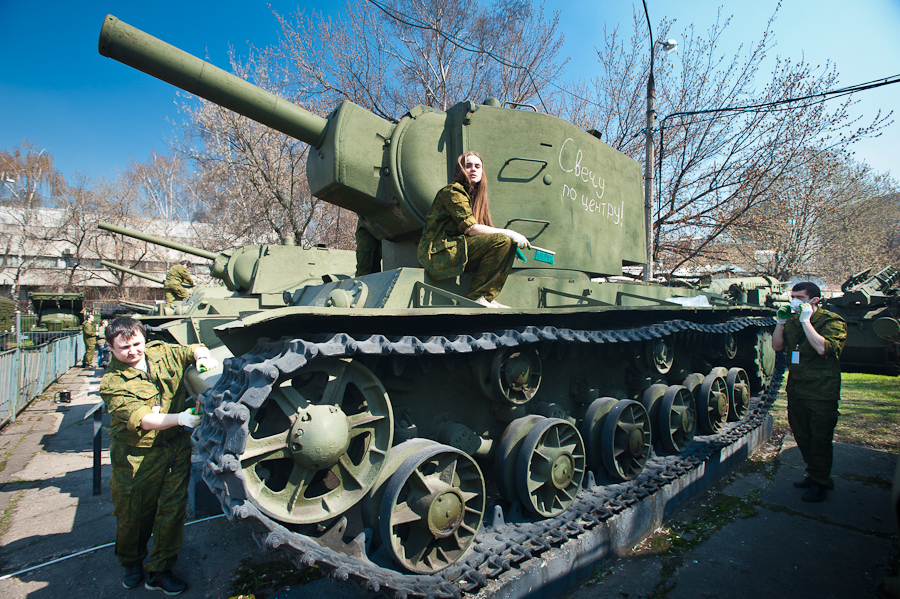 If you are wondering what’s written on the KV-2, it’s “Scouting through the center” – yep, WoT guys. The volunteers had to remove the old layers of paint from the vehicles by chemical means and through hard manual work, they had to scrape off the eroded paint by hand. 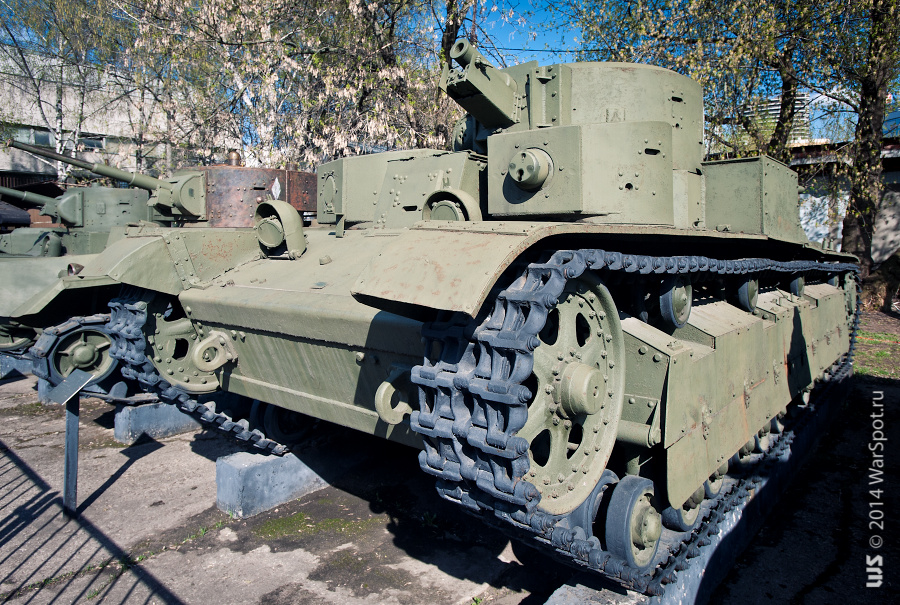 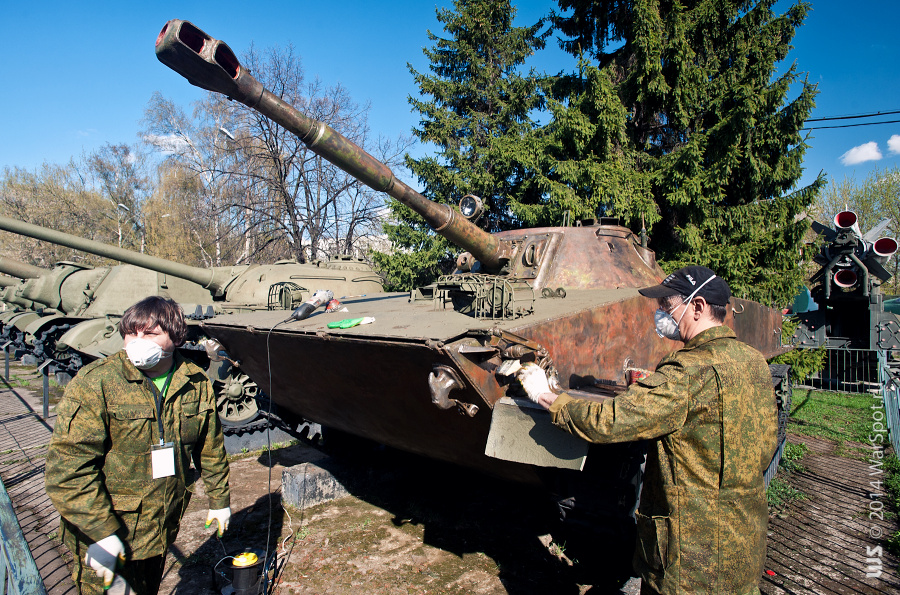 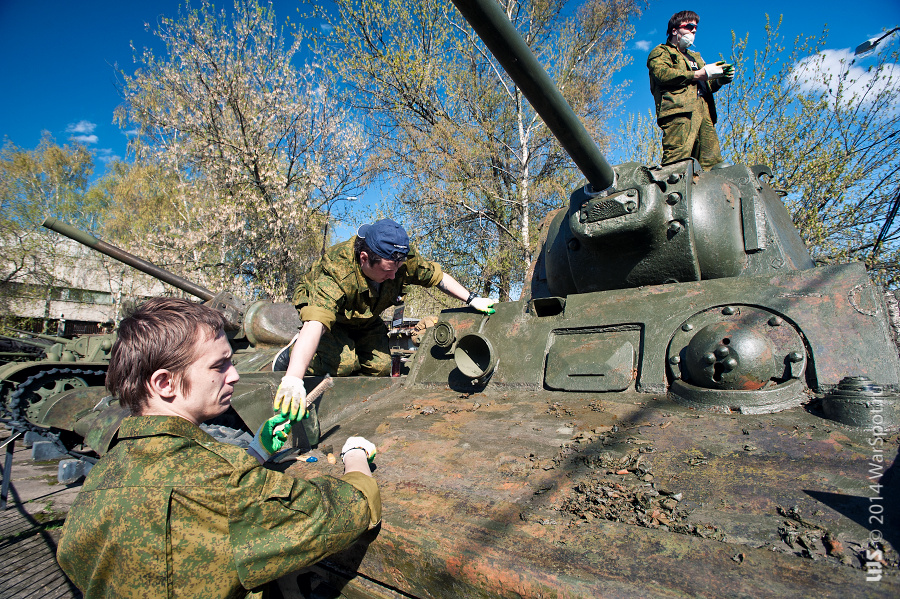 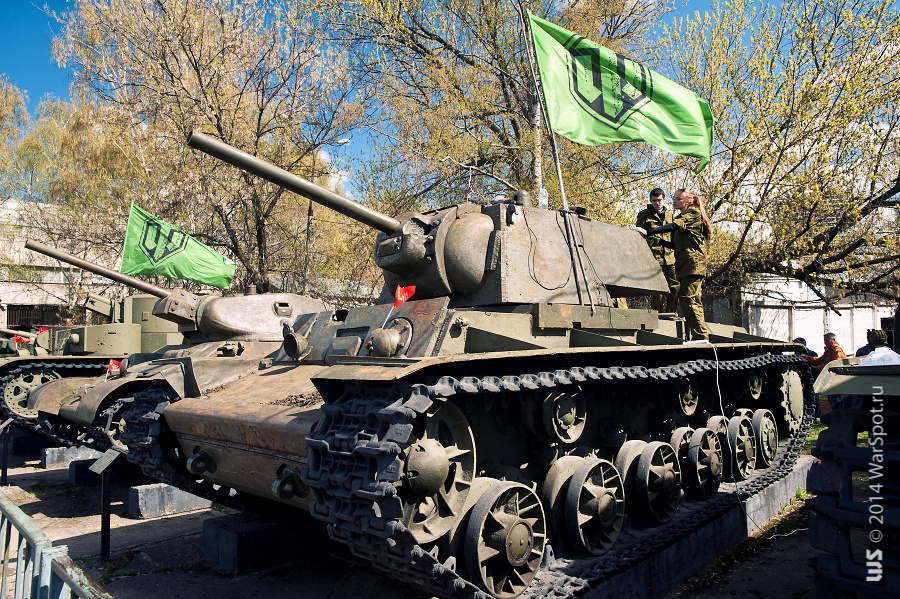 The vehicles had to be sandblasted and mechanically scraped to remove all traces of the old paint. After removing the paint, old battlescars (holes made by impact of German shells) were revealed, because these vehicles actually really fought. The KV-1 for example was manufactured in the Chelyabinsk plant in December 1941, was assigned to 6th Tank Brigade and fought at Rostov-upon-Don. It has over a dozen impact holes on its metal body, caused by German tank and AT gun shells.The suspension is made of several types of roadwheels mashed together, a sign of emeregency war repairs. After the paint was removed, the volunteers started painting them with red primer color. 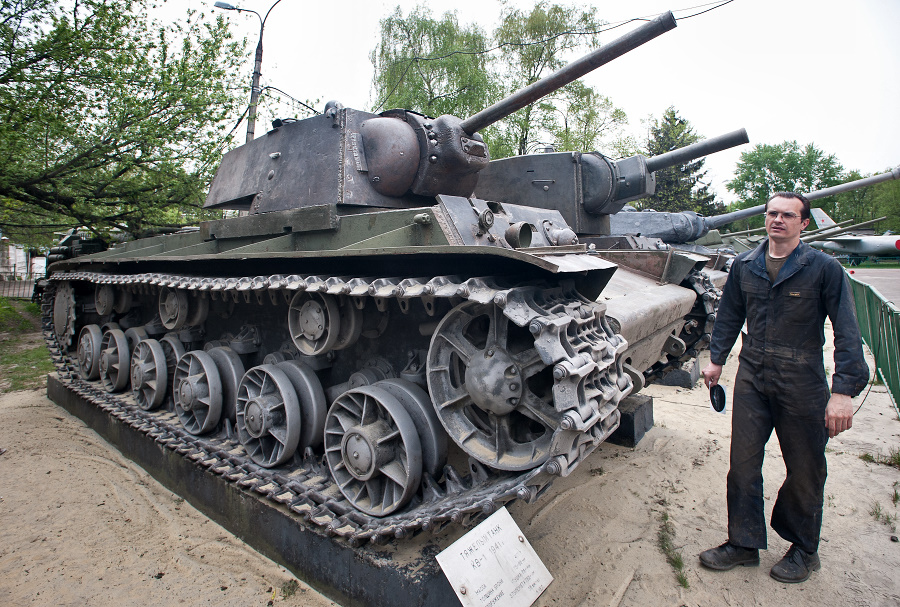 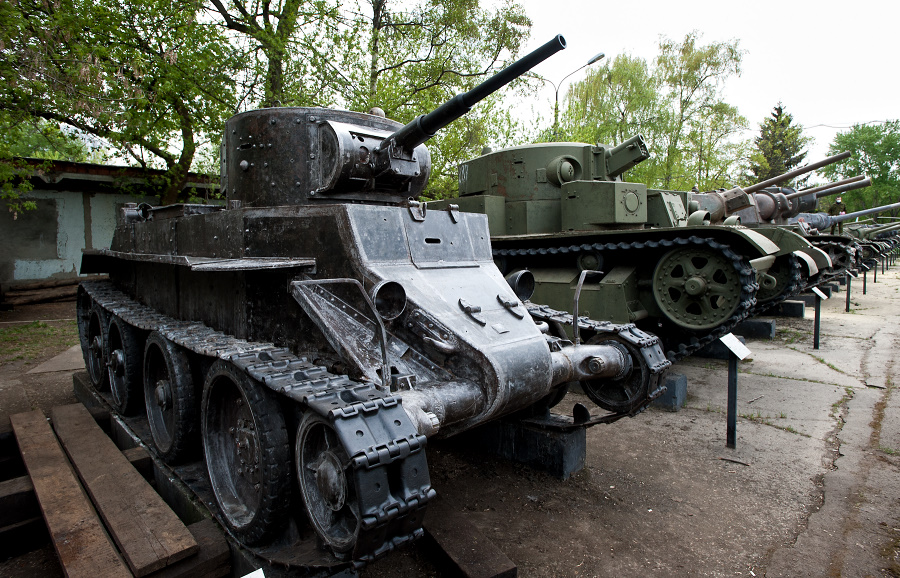 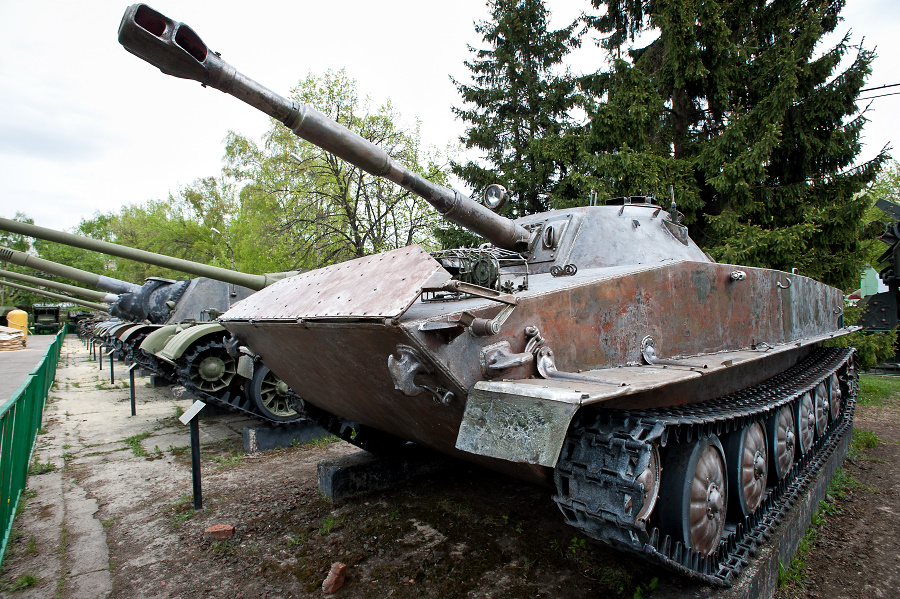 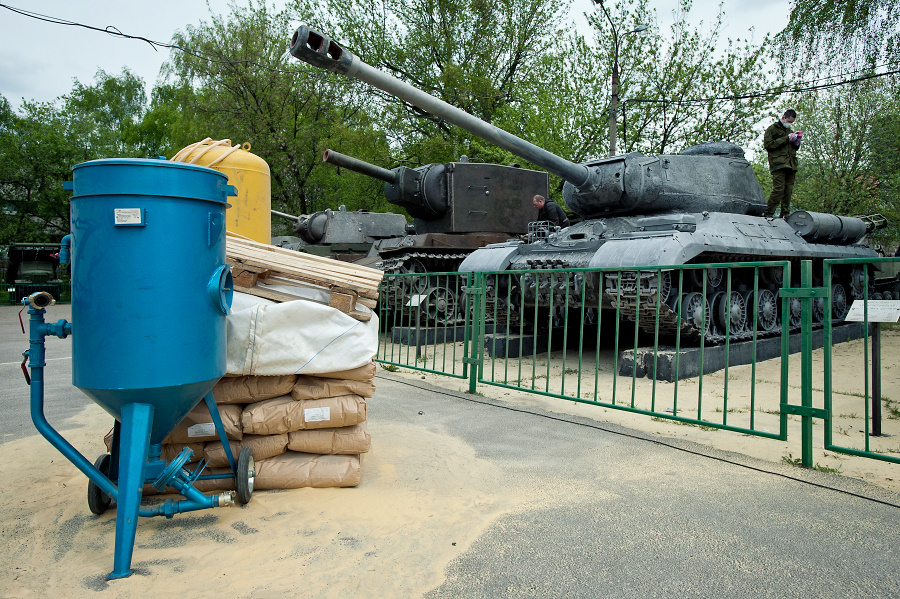 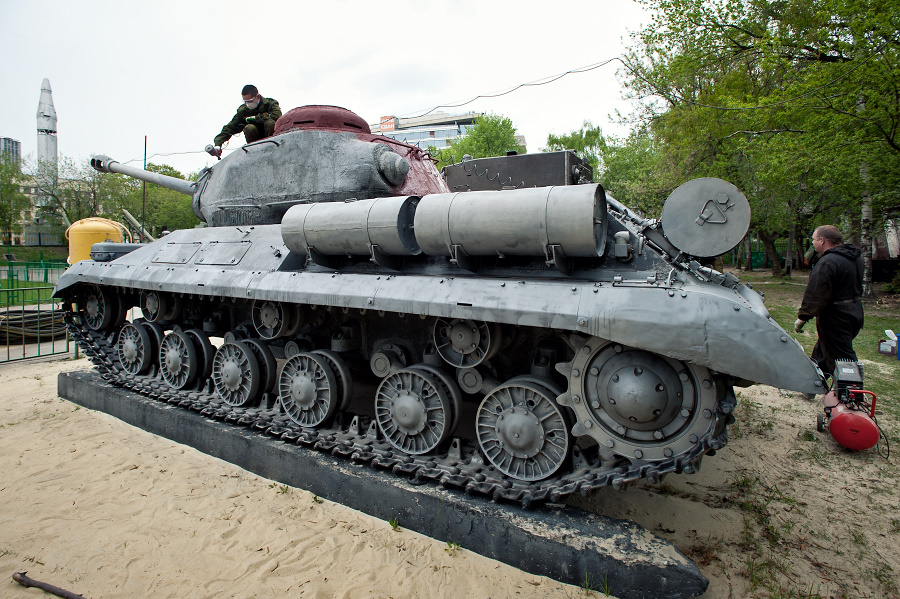 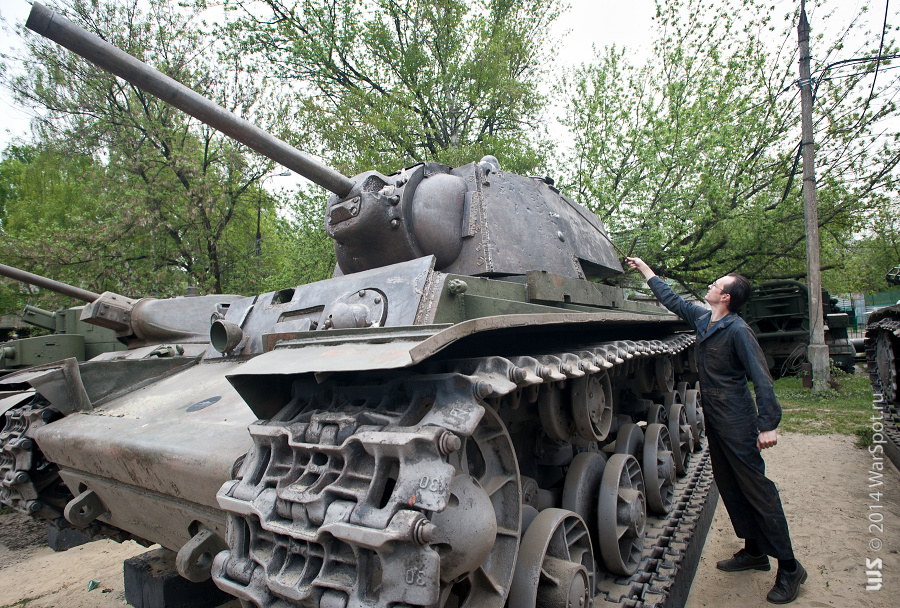 The work is ongoing. At this point, the T-34/76 was stripped of its paint. Here, we can see the tanks painted by the red primer (photos by Yuri Pasholok): 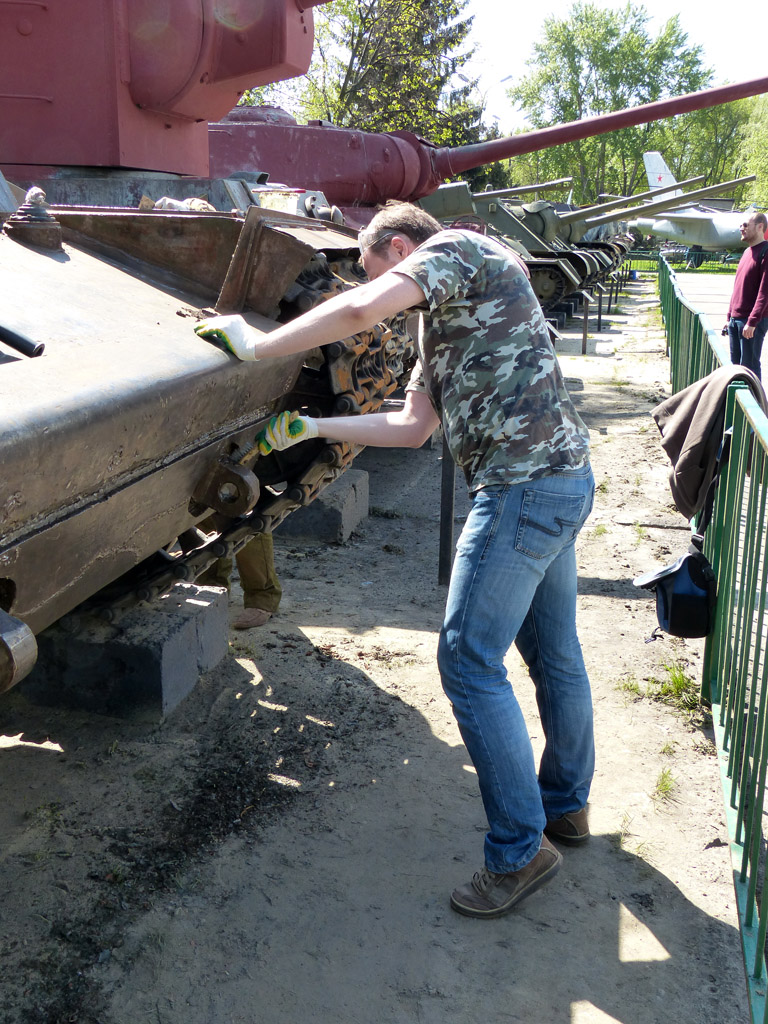 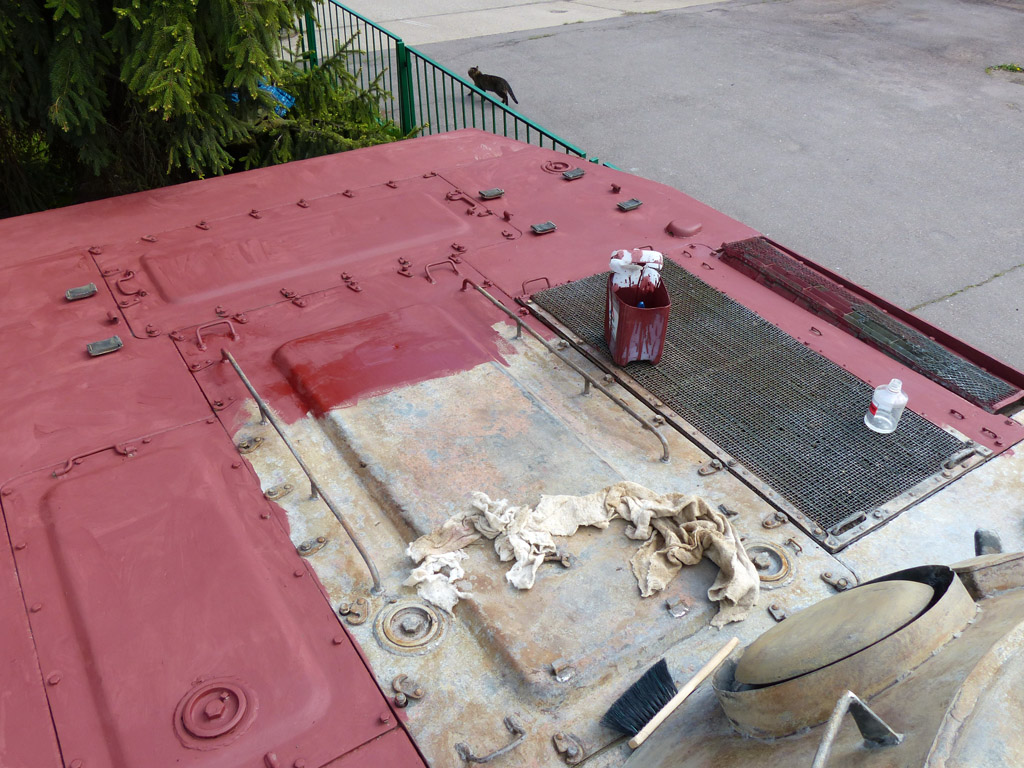 And here – the result:

The work is far from finished and is ongoing (judging from the latest Yuri Pasholok’s pictures, now they are working on the T-34). It’s actually pretty nice that Wargaming helps with such a thing. Good job.

39 thoughts on “Volunteers Helping to Restore the Kubinka Vehicles”