- Storm on quoting Discovery Channel (Great Tank Battles show) as a historical source: “Discovery is even more laughable than Wikipedia. My source are our historical consultants.” (SS: the question was, whether there were Tigers in Ardennes – there were a few, they didn’t fight though)
- for now, developers aren’t considering removing the rule where both sides have to have the same amount of arty (and scouts) (SS: this rule is not absolute, I think there is +/-1 tolerance)
- Storm states that when it comes to historicity of guns in World of Tanks – made up tanks (WT E-100) can have any gun that fits, historical tanks can only have guns they had in real life
- Storm regarding the assault mode: “What is there to comment? It’s a normal mode. I play it from the beginning without switching it off.”
- Storm, explaining why assault and encounter modes don’t have their own specialized maps and responding to a player who claims they are bland:

“Because we don’t consider it rational to make maps for those mods only. You personally decide the level of blandness of a mode? Are there any normal criteria that determine “blandness”? Assault and Encounter mode are finished and polished. Historical battles are in the state of finding the correct solution.”

- Storm reacting on the “28 bots in one game” video: “You’d have to find out what is shown in there in general and how it happened. Personally, I don’t have time to do this on Sunday. Sorry.”
- according to Storm, the TD share in battles has long since stopped growing and now is within normal frame. WG checks every month.
- too many TD’s in battles? “Statistics do not confirm that” and “We do not observe the dominance of TD’s”
- long map loading? “We are investigate this issue”
- Storm states that the IS-7 buff planned was a hoax started by Jove (Russian streamer), there will be no buff (SS: to my eternal shame, I jumped on this too – basically, he – or someone else – photoshopped a fake screenshot of “Storm’s post”)

This is how the fake looked (quite convincing) 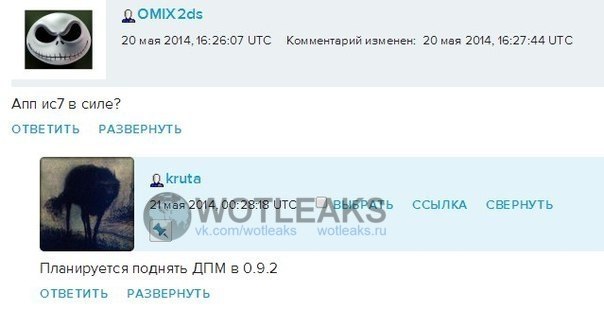