unlike the Cromwell tanks (and the Challengers), the Czechoslovaks didn’t use Shermans after the war, but rather during the war. 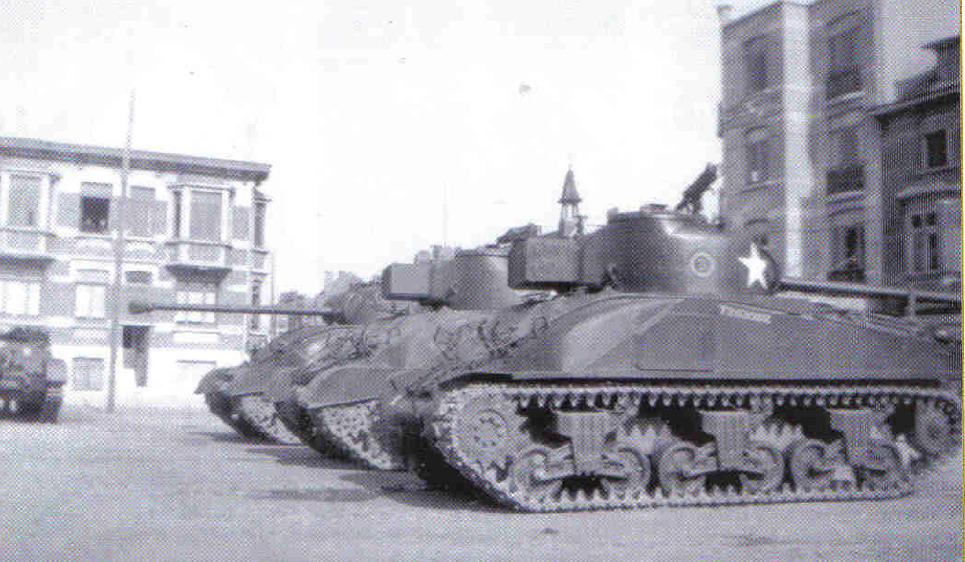 The Czechoslovak tankers encountered the Shermans first in 1944. The first four (of the Sherman V type, also known as the M4A4) were attached to the artillery regiment of the Czechoslovak Independent Armored Brigade in from April to August 1944 in Britain as artillery observation tanks. After the Brigade was moved to France, on 13.9.1944, they were replaced by Cromwell AOP tanks.

Another mention of the Sherman came from August 1944, when there were some negotiations between the Brigade officers and the British about the unit recieving some 17pdr Shermans, also known as the Fireflies. The British were not to eager to equip the Czechoslovak unit with even a few Fireflies, but in the end a compromise was reached and on 27.8.1944, the Brigade recieved its first four Sherman IC tanks (the Firefly built on M4 tank, can be seen on the photo above in Britain). These four tanks were then split into two groups of two tanks and each group was attached to one of two Brigade’s tank batallions. More tanks of this type were recieved by the Brigade in March and April of 1945. By that time, the Brigade was already organizing the creation of third batallion and according to the new organization tables, each company was to have one 3-tank platoon of Firefly tanks. In May 1945, the Sherman Fireflies were replaced completely by the Challenger tanks (specifically on 9.5.1945). Before that however, the Brigade recieved 36 Fireflies in total of both types (the welded and the composite hull). No Czechoslovak Sherman Firefly was ever lost in combat, although the fate of one (WD No. T 269822) is not documented (not listed as decommissioned).

The last Sherman type to serve with the Czechoslovak units was a single Sherman I with a Continental R975EC engine, which was found abandoned, stuck in the mud west of Dunkerque by Czechoslovak units in December 1944. It was recovered by the Czechoslovak engineers and served as an ARV tank, replacing the Cromwell ARV, that was lost on 5.11.1944 during the 2nd Batallion’s assault at Ghyvelde. This Sherman originally belonged, according to its markings, to the Royal Winnipeg Rifles regiment from Canada (7th Infantry Brigade of the 3rd Canadian Infantry Division). This was the only Sherman, that actually accompanied the Czechoslovak soldiers on their way home, its fate is unfortunately not known.

Perhaps it was however better that these tanks haven’t seen the shame of other post-war western tech treatment. It was very embarassing and inconvenient for the post-1948 communist government and army to use the western vehicles, this was especially the case of Cromwell tanks. These were scoured for anything “British” (signs, manuals, British texts and descriptions) and anything that was found was removed. The western tankers after 1948 were forced to give up their black berets and were ostracized in other ways as well (in some cases, even arrested), just like the western pilots.

4 thoughts on “Shermans in Czechoslovak Service”