remember World of Tanks: Generals, the card online game based on World of Tanks? In October 2013, first preview was published and ever since, there were very few news, the game is still being developed however. Today, a post appeared on Russian forums, apparently by an alpha tester (the game is currently still in alpha testing stage), basically confirming what was in the preview (if you haven’t read it and are interested in WoTG, you should). You can follow the game on its site. 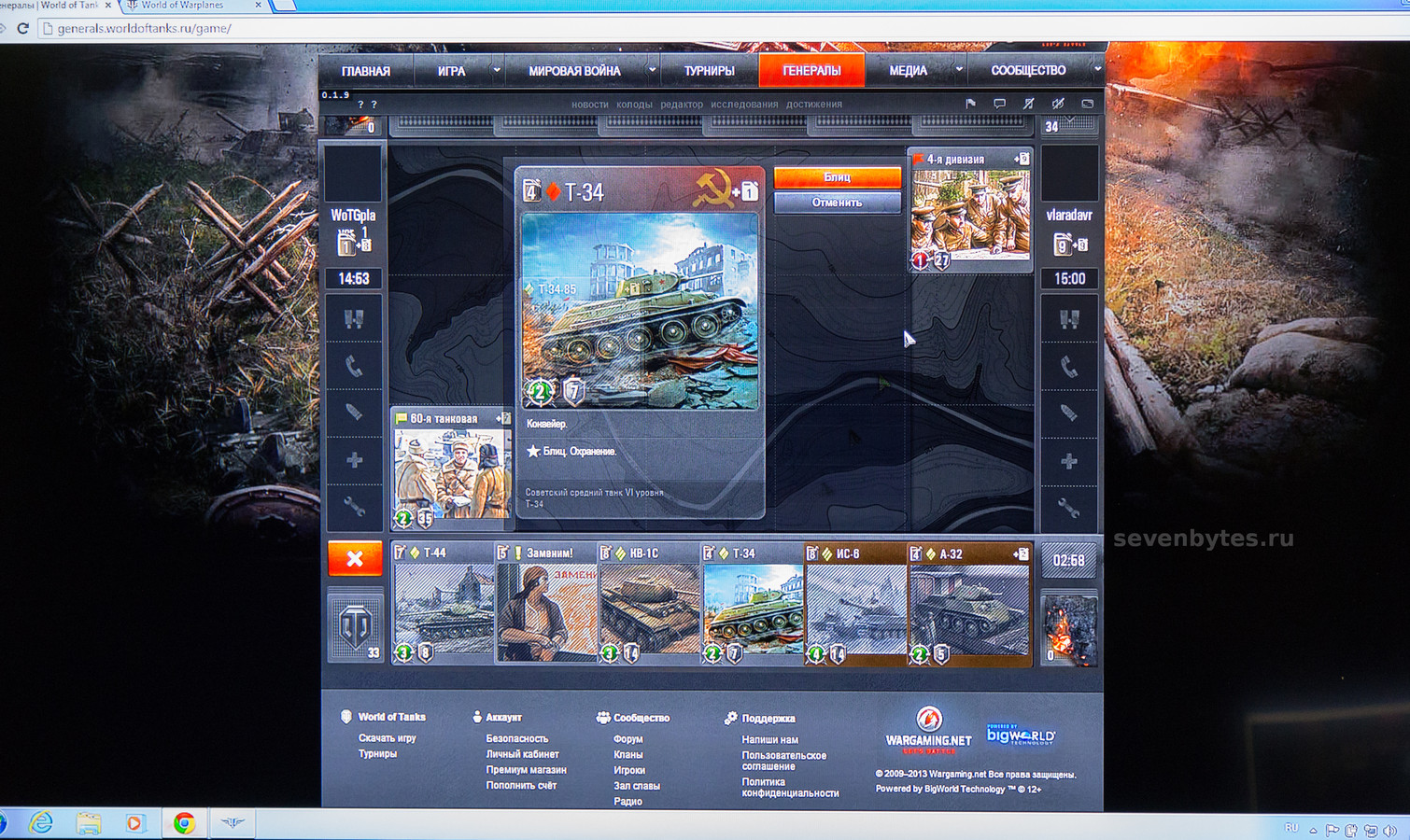 - gameplay will take place on a 3×5 board field, the principles kinda resemble Heroes of Might and Magic III and V
- there are other screens, such as the hangar, the research and achievements
- currently, there are three nations: US, Germans and Russians, each with unique gameplay style, when the game is released, there will be 3-4 more (roughly like in WoT)
- each nation has cca 70 cards available
- apart from vehicles, there is a special type of cards (“orders”, if you ever played Magic the Gathering, it’s like Spells)
- the amount of cards is limited to 40 per deck, variability is very high

The game also has according to the author of the post following advantages:

- no “OMG noob team”, as there are only two players, you and the enemy (so theoretically winrate is up to you, the alpha tester winrate record is 82 percent after 5k battles)
- no stupid RNG, no disappearing shells, ricochets and such, the only random thing is the order of the cards in the deck in battle and even that can be influenced
- works on every really bad computer
- very easy to create mods for it
- very “addictive” time killer, can be played in office or school
- you can make the enemy rage by creating really nasty combos
- there might be historical PVE campaigns
- there will be also tournaments (after release, when it’s done it’s done), balanced by skill
- there is no randomization of cards like in Heartstone – if you want it, you unlock it

Sounds good to me. Glad the game didn’t die.