The first part of the Swiss tank destroyer article covered the wartime vehicles, so let’s take a look at some of the post-war vehicles. This article will just focus on tracked vehicles – wheeled vehicles of Switzerland shall have to wait for another day.

In the 1950′s, the MOWAG company was founded by the inimitable Walter Ruf and started designing a variety of wheeled and tracked vehicles for military and civilian use. Early in the 1950′s, they were testing the MOWAG Pirat, which was a fully enclosed rear turretted tank destroyer, fitted with a powerful 90mm MECAR gun. 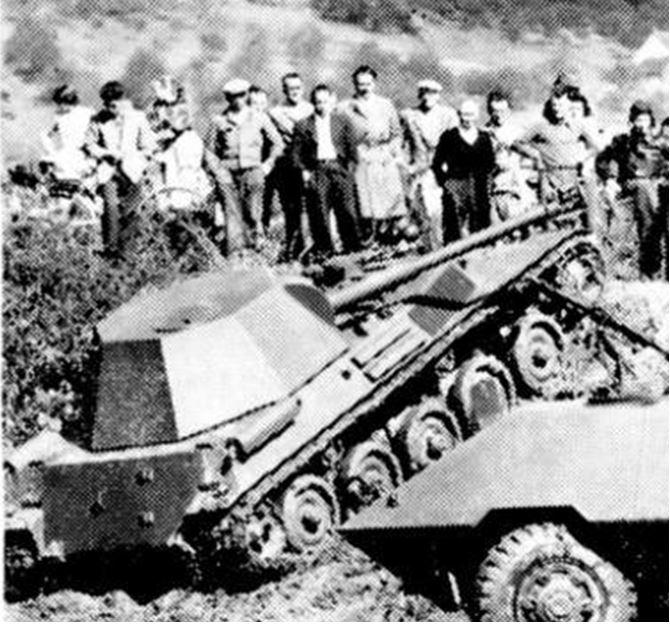 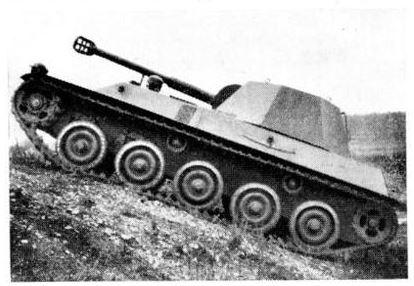 Later modifications included smoke dischargers and a commander’s cupola added to the turret, two extra return rollers and some automotive changes, which can be seen with the relocation of the exhaust pipe and air vents. 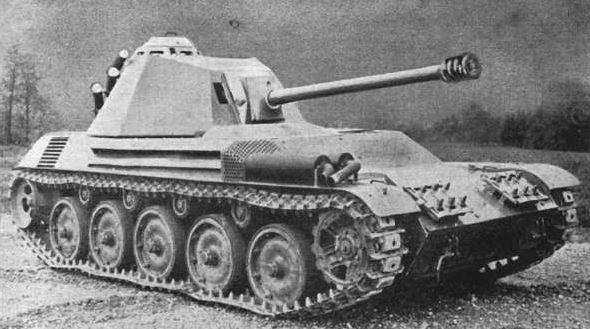 This version is not known to have been adopted. By 1957-8, the same company was offering a small light tank destroyer under the name “Skorpion”, fitted with a 57mm AT gun and later modified to carry a 90mm gun. Skorpion with a 57mm gun: 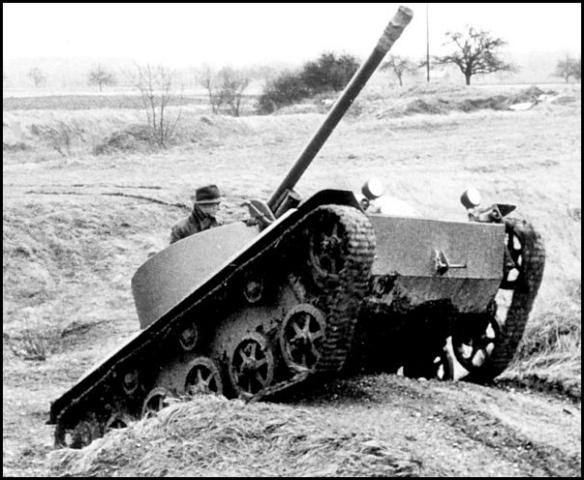 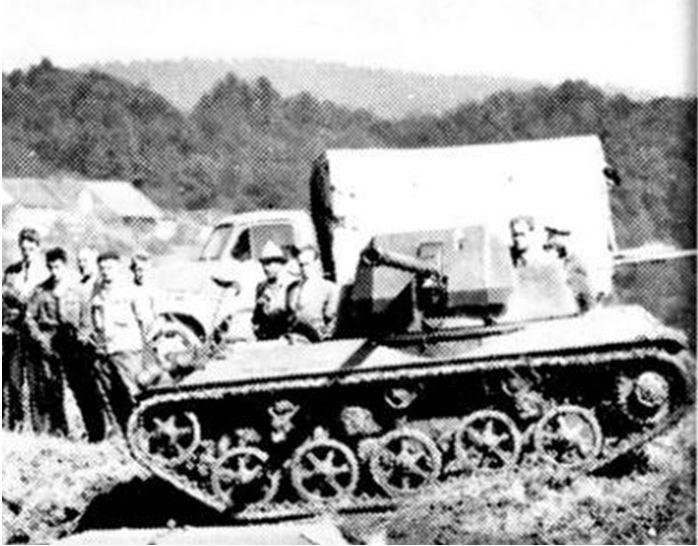 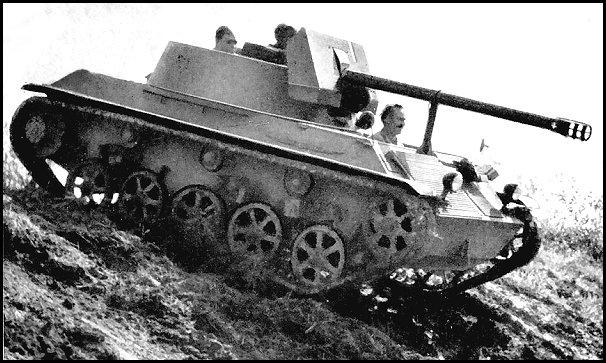 Neither of these projects was liked very much or accepted in service, although the gun and the mount found their use later on a variety of wheeled vehicles. By 1960 or so, the name has changed to ‘Pirat’ and various changes were made to the vehicle, even thought it remained open-topped and still carried the powerful 90mm MECAR gun. 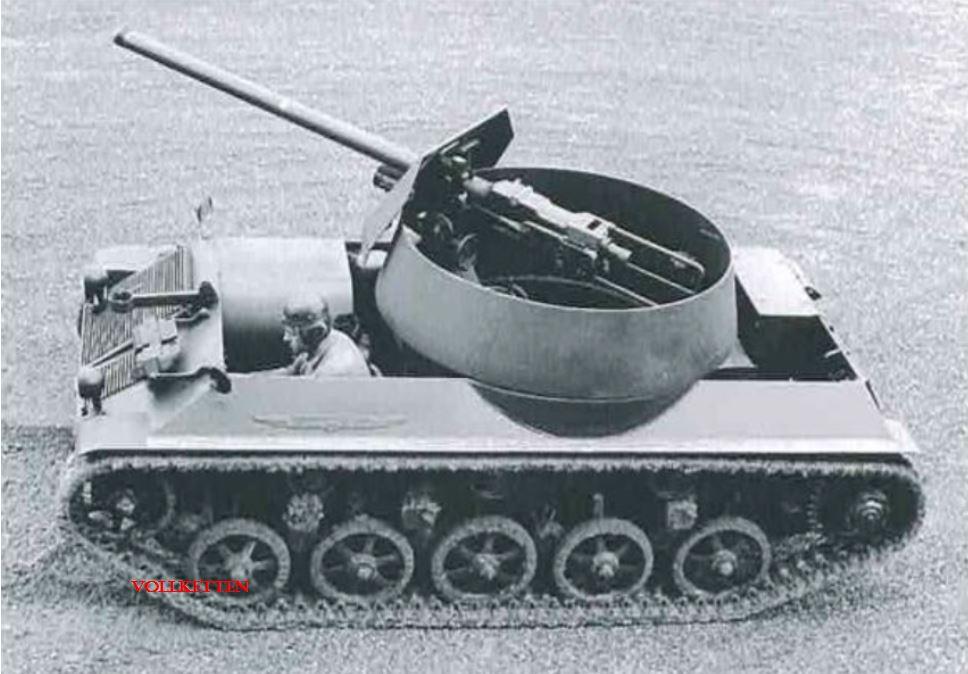 You can see on the photographs that the armour is very modest, but that also meant the vehicles were small, maneuverable and easily concealed, ideally suited for combat in a mountainous country like Switzerland, focusing on defence. Despite that, the Pirat was not accepted in service either. By the early 1960′s however, MOWAG was cooperating with the West Germans, as this patent from 1965 shows: 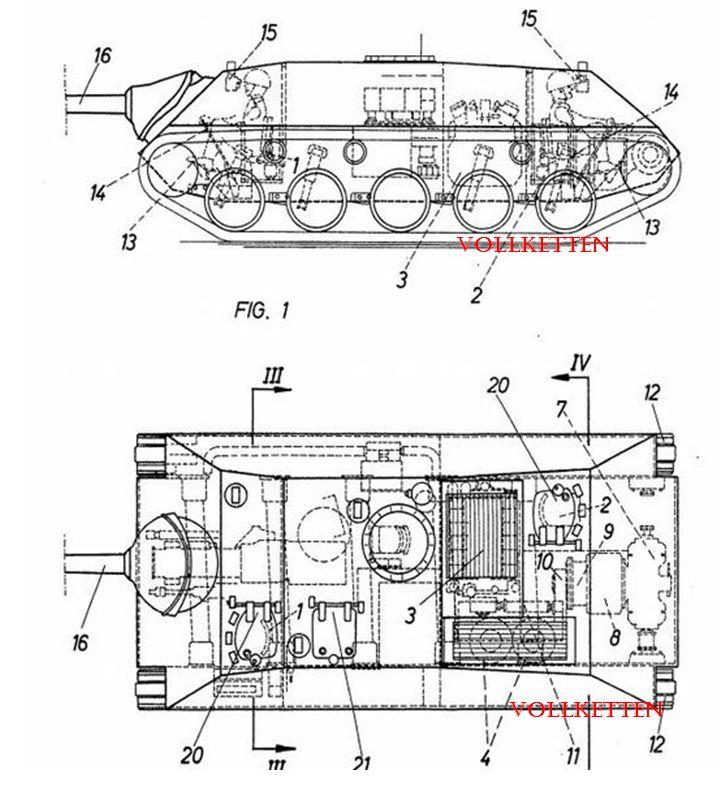 This is the hull and layout of the German Jagdpanzer Kanone but with an additional driver seated at the rear and is listed under several names – it was called the HM-13, Gepard and Cheetah. MOWAG called it the Gepard, although the prototype was known for a while as the HM-13. Some sources state that the first Jagdpanzer Kanone were built in Switzerland and then sent to Germany, others that the Gepard was licence-built, it is not clear whether the Swiss version used this extra driver position. The first of such vehicles in Switzerland were built in the period between 1960 and 1962.

In Swiss service it looked like this (MOWAG HM-13 Cheetah) 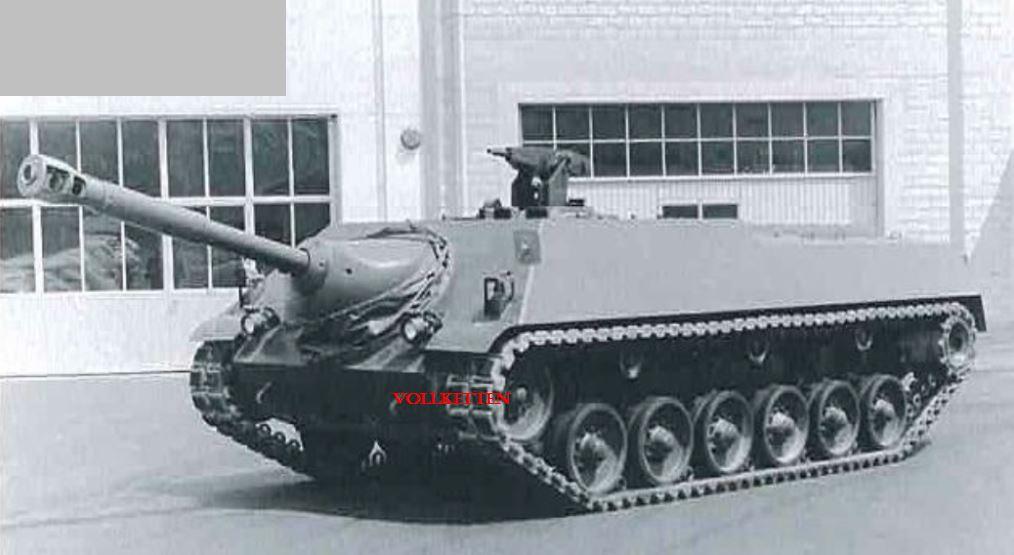 By the mid to late 1970′s, work continued at MOWAG on a new tank destroyer using the Taifun Mk.I chassis, which was used for a wide variety of spin-off vehicles of all classes, of which the best known is this vehicle called the Taifun.

With the Taifun receiving no orders, the Taifun II was officially withdrawn from offer by 1984 and it marked the end of new tracked vehicles from MOWAG, who turned their attention to what was always their strong suit – wheeled vehicles. 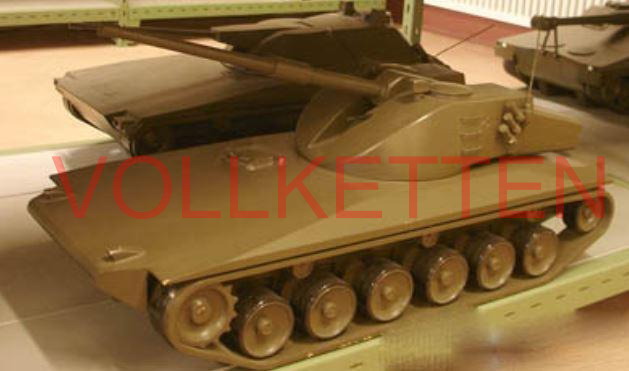 The history of Taifun is quite interesting by itself. This is the info from one of my older articles: 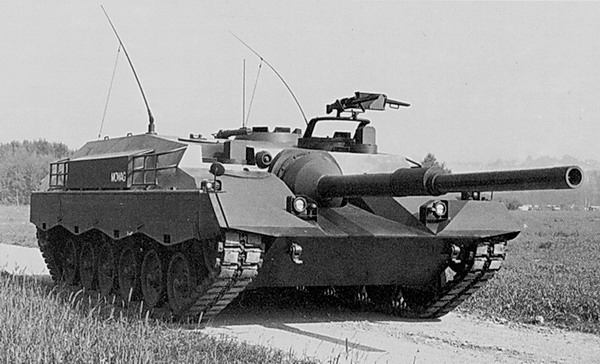 The Swiss company called MOWAG is not a newbie on the field of weaponry. In the 60′s, it competed for the German Marder IVF program with its own prototype and later it built several prototypes for the German Kanonenjagdpanzer program. From there on, the company used its considerable experience in creating a line of light tank destroyer designs – the Gepard and the Taifun. The Gepard (looked a lot like the German Kanonenjagdpanzer) was not successful in entering the service and neither was the other similiar project, the Tornado (designed as an IFV). The development of both was privately funded, because the company expected Switzerland to start replacing the old AMX-13 tanks (classified in Switzerland as TD’s) and the US M113 APC’s. In the end, only a pre-prototype (functional model) was completed and the vehicle never entered service. It can be regarded as one of the last real tank destroyers and most likely (along with the S-Tank) one of the last turretless “oldschool” Jagdpanzers.

The Taifun was basically a development of the Gepard (Tornado) chassis. It was a very light vehicle – its armor (50mm?) protected the 4-man crew basically only from HE shell fragments and from light autocannon fire (it could withstand only 25mm shells however). The armament consisted of the classic 105mm L7 clone (however, an upgrade to the Rheinmetall 120mm L/55 was considered – not an option for WoT though). The considered turbocharged dieselengine was a 575hp Detroit Diesel 8V-71T – the same to be fitted to the ill-fated Tornado IFV. Combined with the light chassis (estimated 25-30 tons), this vehicle could move fast. Real fast.