So, for those who don’t know, the firm of William Fosters and Co. Ltd. was based in Lincoln, England and was the home of the first British tanks – and, later on in the next war the great and glorious TOG vehicles. For some time, I have been trying to track down a rumour of a tank designed for the Kingdom of Italy sometimes in the 1930′s and after much searching, I feel it’s finally possibly to say with some certainly what that tank was and what it looked like.

We know that Italy had an interest in British tanks right from the onset of tank warfare and even though it eventaully bought some Renault FT-17′s, they had looked at and tested the British tanks as well. In November 1918 for example, the Italians had even built a full size mock up of a British Mark V near to the war front. 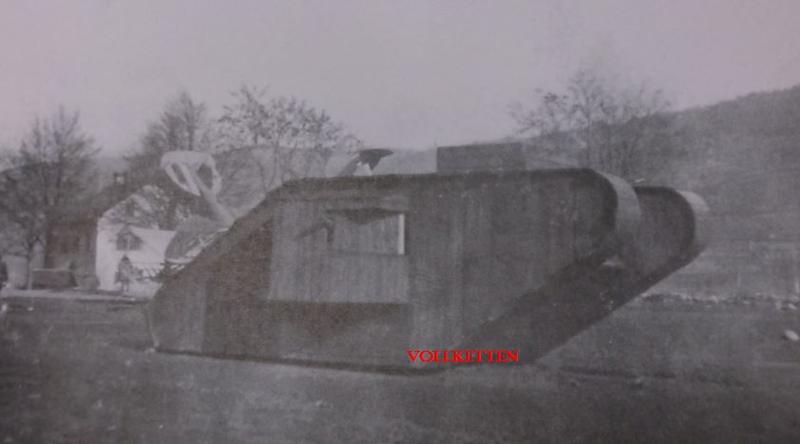 The crashed aircraft behind it is a German Albatross. Other testing included watching a Whippet Tank on trials:

In the end though, Italy went with the FT-17 and then development stymied for a decade or so. In the late 1920′s, with the Fiat 3000 (FT-17 clone) being unsuitable and Britain seen as the pre-eminent country for armour development, the Italian Military Commission in Britain obtained some Mk.VI Carden-Loyd tankettes, which became the basis of later light tanks. Italy was looking for a bigger heavier tank though and in the late 1920′s, they also obtained a Vickers-Armstrong 6-Ton Tank and had it delivered to the Ansaldo factory, where it was tested in utmost secrecy.

In an interview in 1977, William Rigby, who was the chief draughtsman (designer) at William Fosters said: “In 1937, Foster designed and built a tank for Italy and I went out to the Grand Cornice to test it. It was not a development of the old tanks, it was something quite new, two Italians came over to the works and the whole thing was put under my control. It was used in the Abyssinian war. Me and my daughter went out to Venice just before this and I took an order for a 2’6” threshing machine for Italy, they are usually 4’6”. Then the Abyssinian war started and we were told that if we didn’t get out soon we’d not be able to, so we left quick.”

There are several elements to his claim which could not be verified at the time, but putting together the British and Italian sources, his claim is at least partially born out. It would appear that there were strict conditions of confidentiality over the design such so that few records of it survive. From the Italian sources it is recorded that “In 1929, the company [Ansaldo] decided to send two engineers to Foster & C. Lincoln, Great Britain, in order to design a new tank without a turret. A metal model 1/10 [scale] was presented in Italy.” …. “This tank was designated ‘Carro da Armato Ansaldo 9t’, it was armed with a 65 mm gun in the casement.” Sadly, I can’t locate this model which may no longer exist, but it is accompanied by these images of the ‘Carro Armato Ansaldo 9t’. William Rigby as the chief designer and Charles Maughan as the chief model maker for the firm would therefore have been directly involved in this project. In a meeting with the Tank Board, Fosters offered this design to the British too, who thankfully did not take the proposal any further. 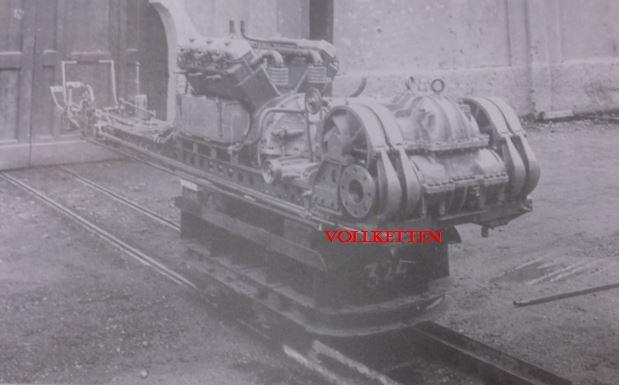 Inside the casement – breech of 65mm gun on right and rear of 6.5mm machine gun on the left 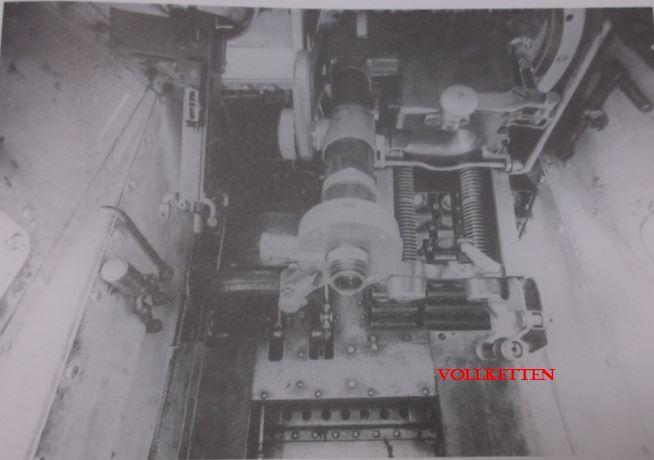 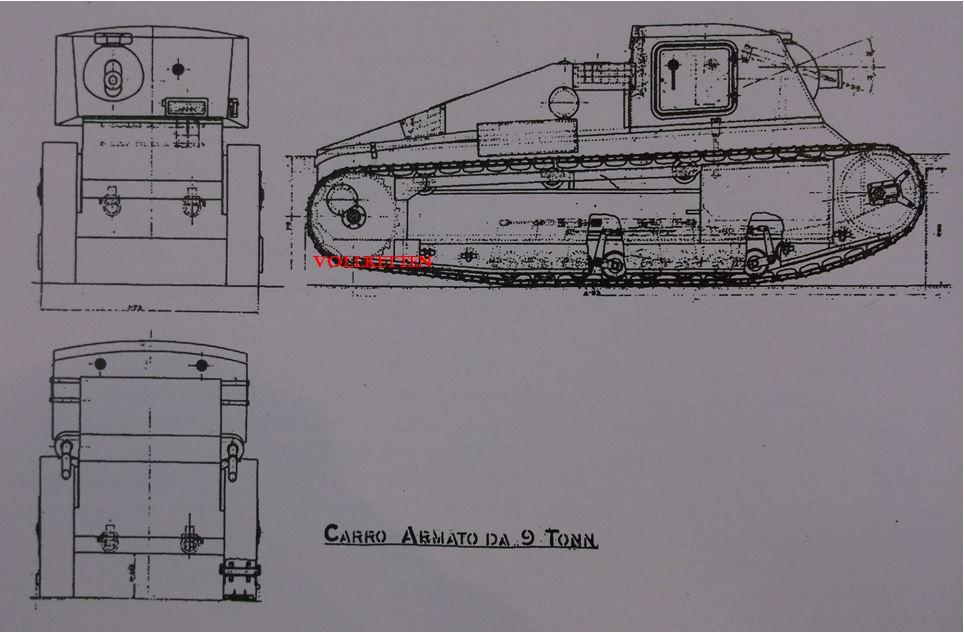 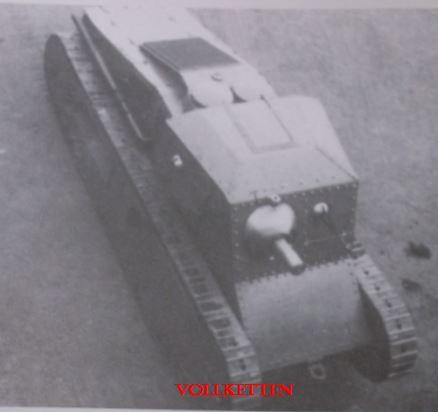 So, the Italian records state this was built in 1932 and then changed in 1933 with an enlarged fighting compartment and new tracks. Rigby gave a date of 1937 but in fairness to him, it was decades ago. You can see some of the design cues with the mudchutes and side armour over the small roadwheels akin to the similar designs from Fosters from the previous war. 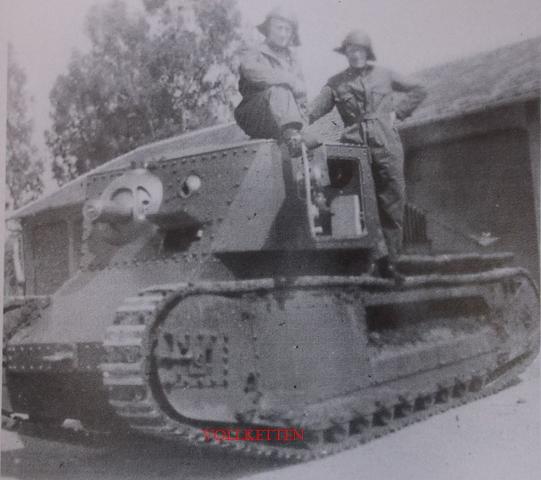 This new vehicle (Carro da 9t M.33) was sent to the Centro dei Studi della Motorizazione (CSM) for testing in December 1934, but proved unsatifactory with the primary complaint being the slow speed of 22.5 kph, so more changes were made including the fitting of a new engine (the same as fitted to the FIAT model 634N truck) and then new suspension consisting of two bogies of three wheels.

The tank was then sent back for testing to the CSM in 1937 but was dismissed. Several years had passed, military needs and priorities had changed and lacking a turret despite carrying a large gun, the vehicle was out of date. Development alongside it of a different and new tank had already started in January 1935 by Ansaldo with the specific need to be able to operate in mountainous Alpine areas in the 8 to 9 tonne range. Ansaldo finished that new tank by the end of 1936 under the name ‘Carro di Rottura 10t’. This is the vehicle which went on to form the basis of the M.11/39 and will be covered in the next article.

It’s worth explaining that the reason for changing to “Carro di Rottura” was because of a policy change on 9th May 1936 stating that medium and heavy infantry tanks were to be called this, as they were to be used for assaulting and breaking through enemy lines. So, despite some having previously suggesting this vehicle (incorrectly named) as either a tank destroyer or even an artillery for the game, it is best described in game terms as a heavy, tank as would fit nicely as a low tier heavy tank starting a line of heavy tanks for Italy.

The final version of the Carro D’Armato Ansaldo 9t with the new suspension fitted and the side armour skirts reduced. 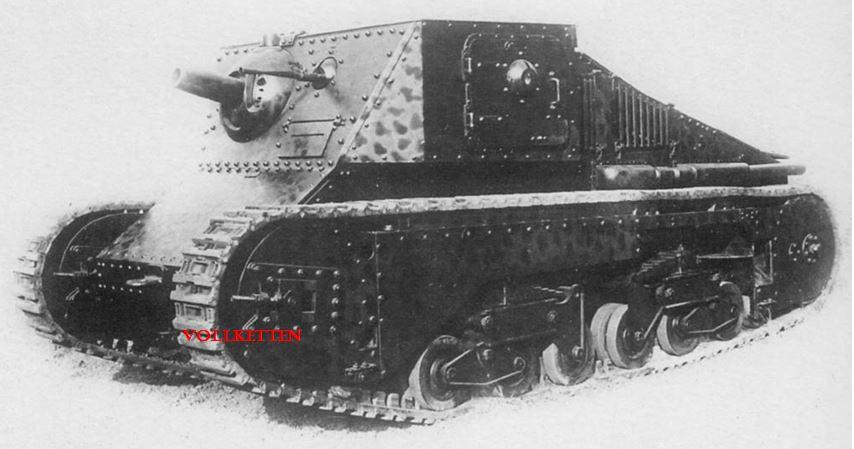