today, we are going to be talking about the Conqueror. Listy made an interesting historical article about what he found in the archives and it’s quite interesting. With it, the British line could be changed somewhat.

There are two potentially useful things he found.

First is the 14mm “Burster” applique armor plate, added to the hull of the vehicle to detonate HESH and HEAT shells. Pretty useful little thing, but nothing that was unknown before (there is even a report on that online) and quite frankly, in the game, the Conqueror is more like a sniper, it doesn’t need to be covered with troll spaced armor.

Second is much more interesting. A lot of people are sort of… not happy with the fact that stock Conqueror in the game uses a Centurion turret. Listy found an alternative: a “paper” turret, proposed for the Conqueror. 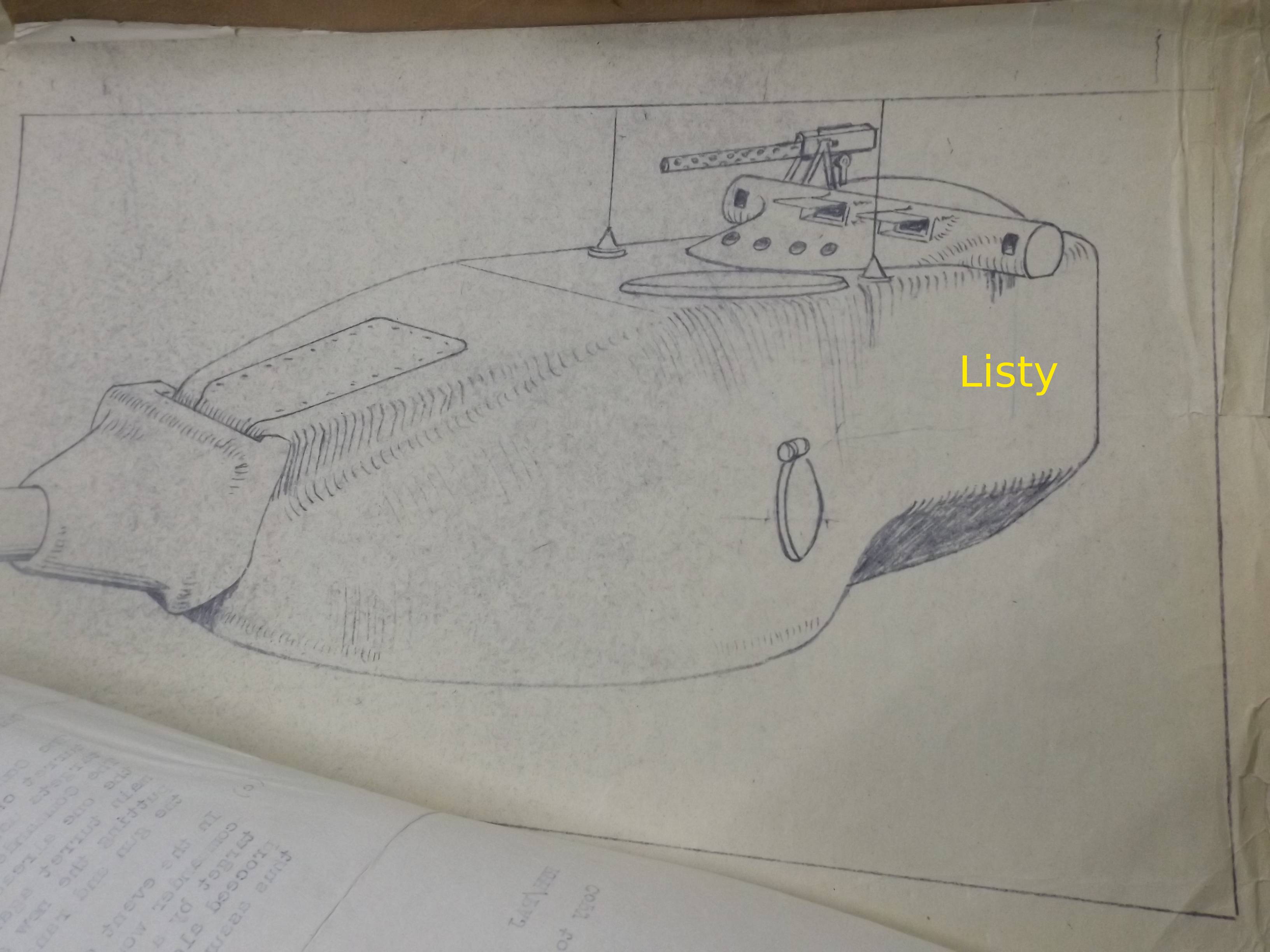 The armor of this turret is (in milimeters) 342/177,8/? (presumably 70), with an improved commader’s cupola armor. This could of course be a serious upgrade to the Conqueror, allowing the “elite” turret to be moved to “stock” position. Of course, tradeoffs would have to be made for this insane frontal thickness. These tradeoffs could include:

- reduction of upper front plate from 130mm to 125mm (per another document, found by Listy)
- reduction of the rear current elite turret armor from 70mm to 63.5 (source is the same document)
- possible reduction of gun depression from -7 to -5,5 (the peculiar fire control system did not allow the gunner to fire the gun below 5,5 degrees of depression)
- other soft stats nerfs

Obviously, additional research would be required, but it could be an interesting change to the Conqueror.

48 thoughts on “Buff my Conqueror!”