you all know at this point that Wargaming is cooperating with the creators of the movie Fury by promoting the movie via their videogame. But oddly enough: 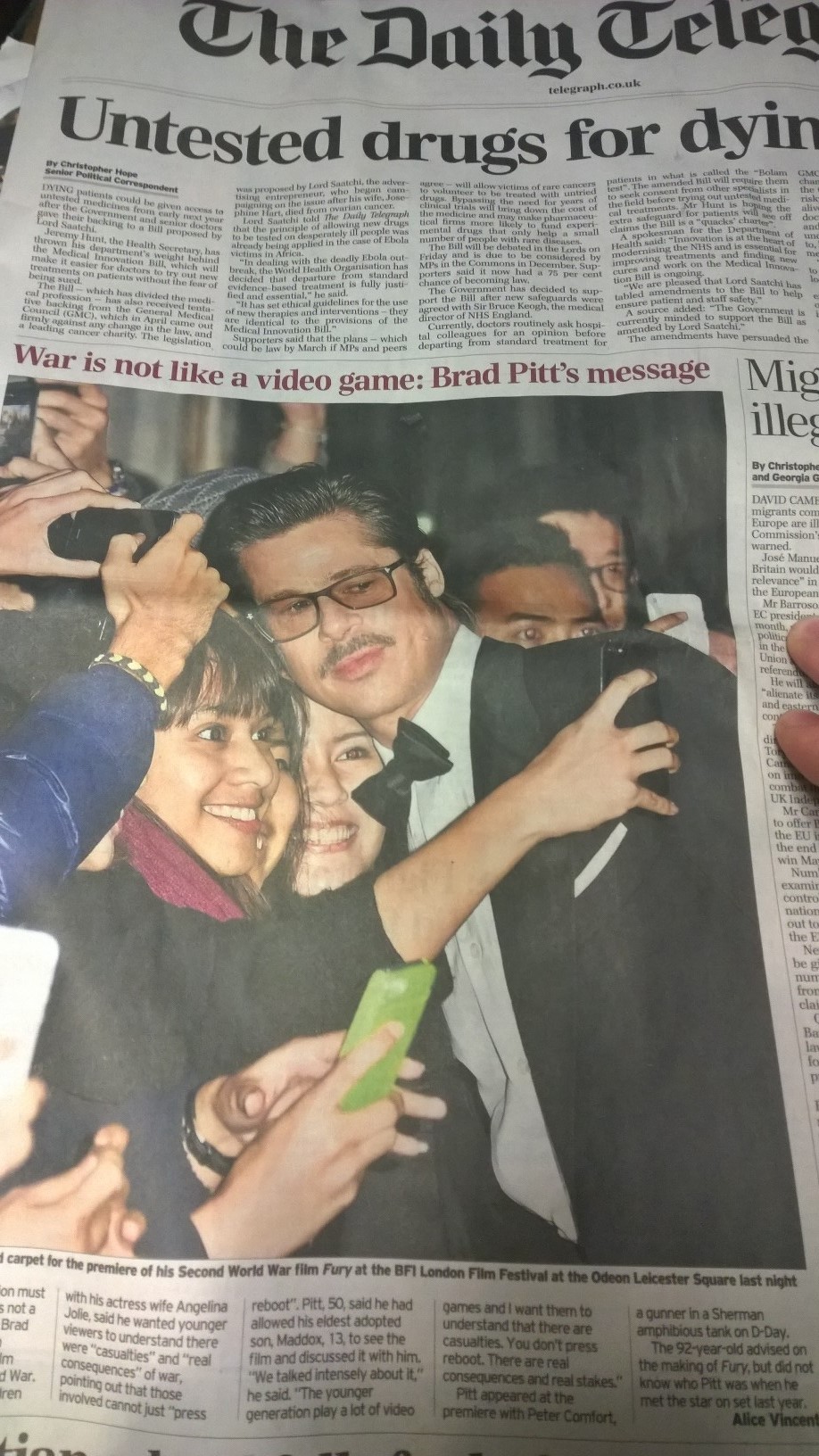 A qoute from article:

…speaking on the red carpet, Pitt, 50, said that he had allowed his eldest son, Maddox, who is 13, to see the film and that he discussed it with him afterwards.
“We talked intensely about it.
“The younger generation play a lot of video games and I want them to understand that there are casualties. You don’t press reboot.
“There are real consequences and real stakes. We talked a lot about it.””

Well, that’s strange. War is not a game and yet you promote the movie through one? In any case, I am very curious how the movie will turn out (unfortunately, it only reaches CZ in November, so unless I manage to “procure” a copy somewhere before that, that’s when I’ll go to see it). I’ve seen some very positive reviews from the Americans (mostly from journalists), but also some very negative ones, so we’ll just have to see.

75 thoughts on “Meanwhile in Britain…”