in today’s short article, we’re going to talk about the heavy IS-2 tank in Czechoslovak service. 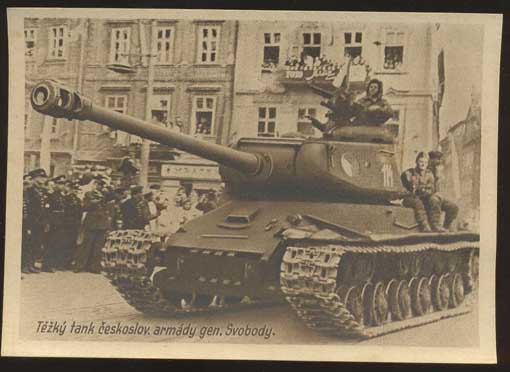 I think I don’t need to introduce the IS-2 tank, the best Soviet heavy tank of Second World War. It was the evolution of the original IS, equipped with a powerful 122mm D-25 gun. This tank killed the German Big Cats and was as rugged as it got in the war.

During the war, the exile Czechoslovak army in the Soviet Union (1st Czechoslovak Tank Brigade) did not operate these monsters, having to make do with various tech, from the T-70 light tanks to the SU-85 self-propelled guns and T-34 tanks. Right before the end of the war however, the newly re-estabilished Czechoslovak army recieved 8 of the IS-2 tanks, that took part in the May parade in Prague on 17.5.1945. These tanks were from the “early” batch of the IS-122 tank series from late 1943/early 1944 with screw-type breech and in 1945, they were used by the 42nd Guards Heavy Tank Brigade, participating (in Soviet hands) in the battle of Ostrava. 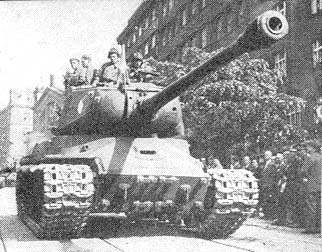 After the parade, the tank unit was transferred to Ostrava (north Moravia), where it was re-organized to a corps level unit – 1st Tank Corps, a part of which was the Heavy Tank Batallion (the unit was however marked as “special” and was not counted in official tank numbers for some reason). In October 1945, the unit was moved to Moravská Třebová and later to Vysoké Mýto. It stayed active for some months, but it was disbanded in February 1947. At that point, the unit had only 7 IS-2 tanks, what happened to the eigth one is unclear. In fact, the numbers here are different in various sources (another source states the Batallion operated only 5 tanks at that point). The reason for the unit being disbanded was the fact that the vehicles were worn from use, there was a general lack of spare parts and even though the Czechoslovak army at first considered importing 20 more of these tanks, it never happened. The tanks were not “given” to any other unit and gotmothballed, but were a part of army reserves as late as in 1949.

After 1949, the vehicles were completely phased out and some were converted to memorials. The most famous is the one in Přelouč and the one in Prague. The Prague IS-2 memorial at Smíchov was the famous “pink tank”. Until 1991, it stood at Smíchov as a reminder of the Soviet liberation of Prague. In 1991, an “artist” called David Černý re-painted it to pink colour. The army re-painted it green, then it was re-painted pink again and finally it was moved to the Lešany museum, where it remains. 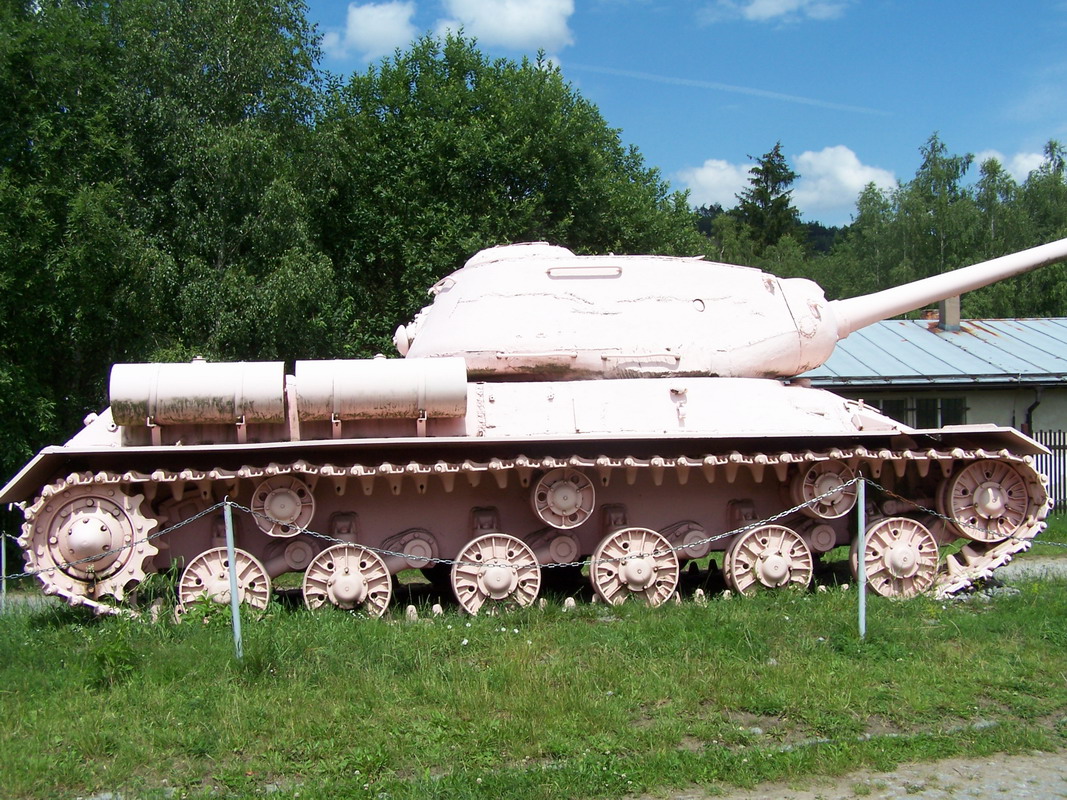 The Přelouč tank (military number 73704) was also a memorial from the town of Přelouč from 1949 to 1990, when it was given to the Military Historical Institute (VHU). Between 2013 and 2014, it was renovated by VOP CZ and it was introduced to public in August 2014 Tank Day at Lešany in running condition.

34 thoughts on “IS-2 in Czechoslovak Service”