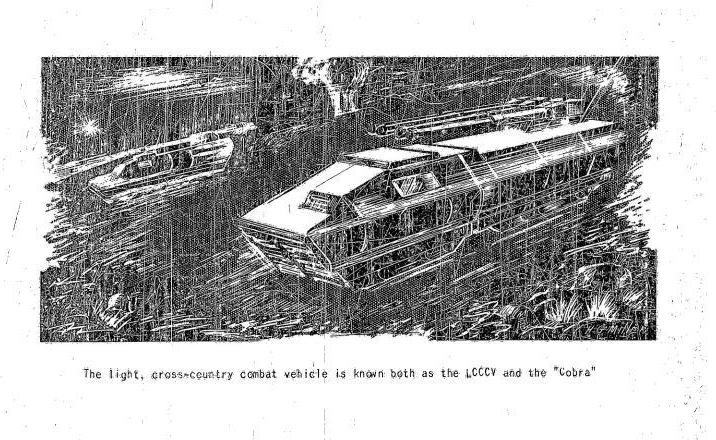 So, one day I was looking for something completely different and stumbled blindly into what looked like a US document on the theoretical design of a vehicle suitable for fighting in the arctic of either Northern Canada or Finland etc. to maximise mobility and firepower. The code name for the project was ‘Cobra’ and the experience used in it came from the immediately post-war Canadian mobility experiments from 1945 to 1951. The project led to a wide variety of vehicle designs – a ‘family’ platform and some interesting scope for inclusion into World of Tanks.

Now, there is a lot of material here and rather than butcher it into an incomprehensible mess, I’ll break it into 3 parts. Part 1 here will be the background and the personnel carriers, Part 2 will be the weapons platforms and other projects and part 3 will cover the armament and WoT issues.

Major M.G Bekker (Canadian Army) was in 1950 working on this project in the United States at the Stevens Institute of Technology with the help from US Ordnance Office (it’s a joint Canadian/US project or just information sharing with the US). There are two names given – the one by Bekker being the ‘Cobra’ and the other, possibly for the US, being under the name of ‘LCCCV’ or Light Cross Country Combat Vehicle).

Major Bekker had been working for the Canadian Directorate of Vehicle Development (CDVD) and was attached as of June 1951 specifically to the Stevens Institute to investigate this vehicle design. The project was discontinued, officially being declassified in September 1961 and seems to have been forgotten about until now. Interestingly, within the design proposal we also get to learn about some of those other secret Canadian designs as well, so let’s take a look.

Armour was to be modest at best with a basis of only 15.9mm (5/8 inch), as special emphasis was put on the lightweight nature of the vehicle to make sure the standards of mobility were as high as possible in sand, snow and mud, with the high cross country speed being a prime requirement.

The Hercules JXLD 140hp petrol engine is located in the forward portion of the articulated vehicle, propelling the AT-6 to a top speed of 18.5kmh cross country and 44.3kmh on the road. For the conditions expected for the vehicle, this is some very good performance. All of the carriers share the same frontal profile. The driver sits semi-recumbent in a nod towards the contemporary aircraft design and you can see the very wide spaced track arrangement, which ensures very low ground pressure for this ‘belly-less’ vehicle concept.

Common automotive layout: (shown on AT-6)

The raised front tracks enable the vehicle to scale high obstacles such as ice banks or negotiating steep slopes at the bottom and as such, it was tested on at least one scale model in Canada. 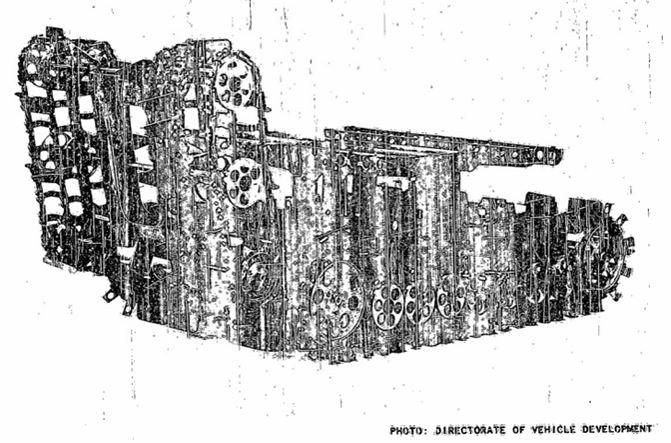 Tested in Canada at the Manitoba proving grounds in 1947, this spaced track arrangement was found to have excellent cross country mobility as the vehicle would not belly out on very soft ground, which would be otherwise impassible for a conventional vehicle. Tests in Ontario in 1949-50 with another platform known as ‘Groundhog’ outperformed the US M29 Weasel carrier, so it was a proven success.

Part 2 will continue with the variety of weapons platforms.