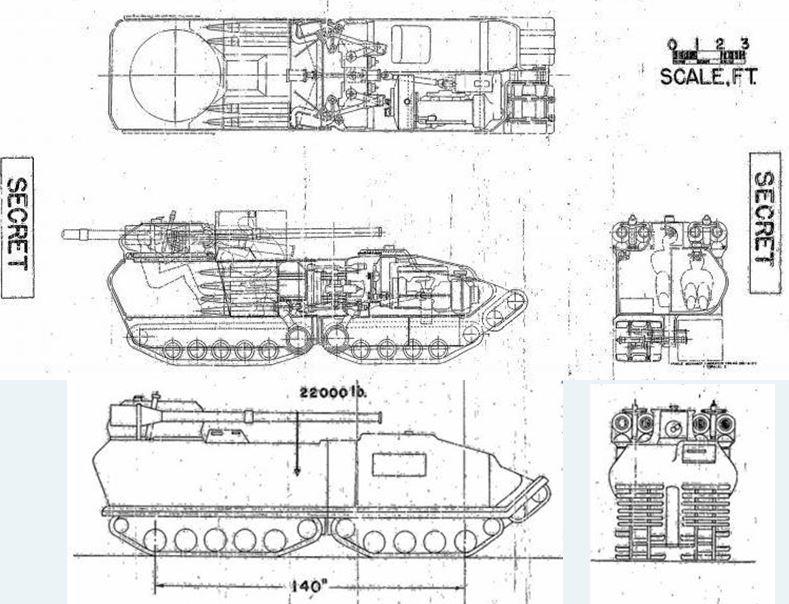 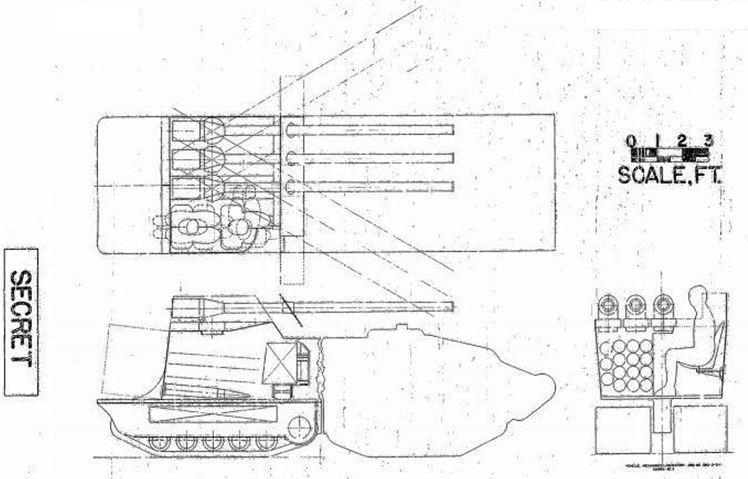 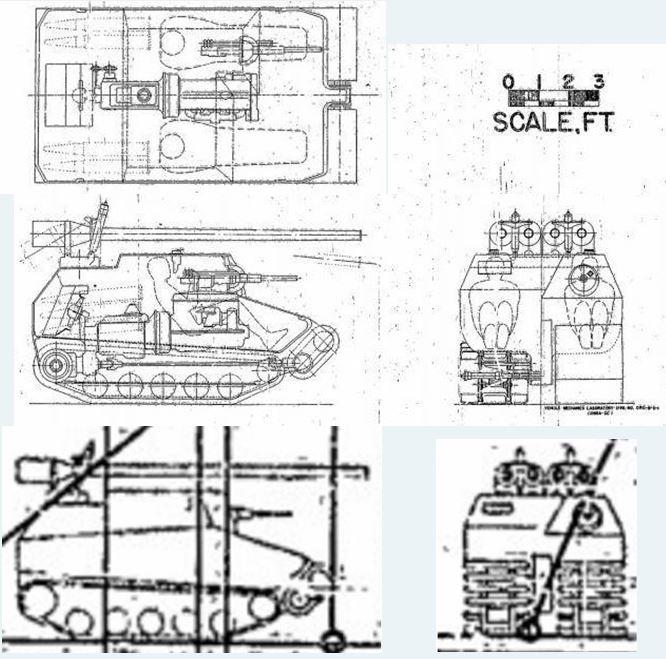 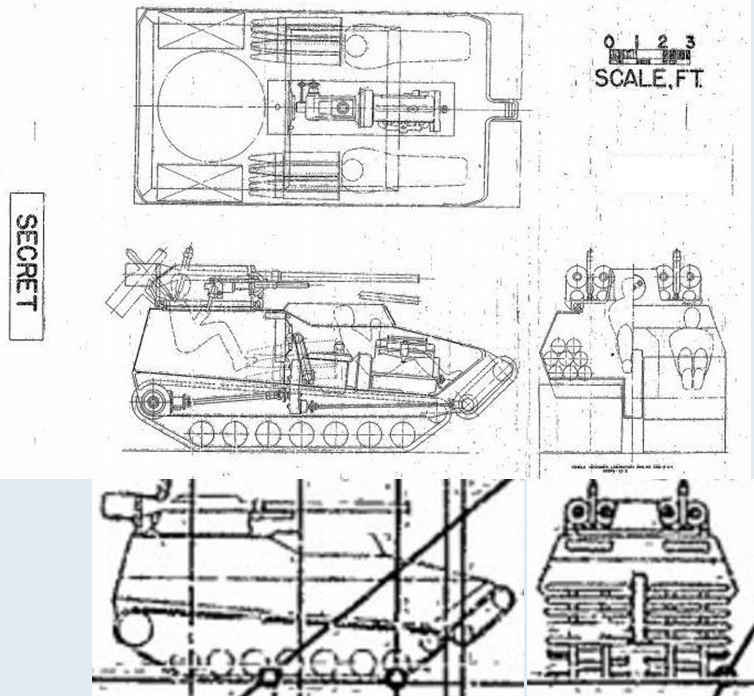 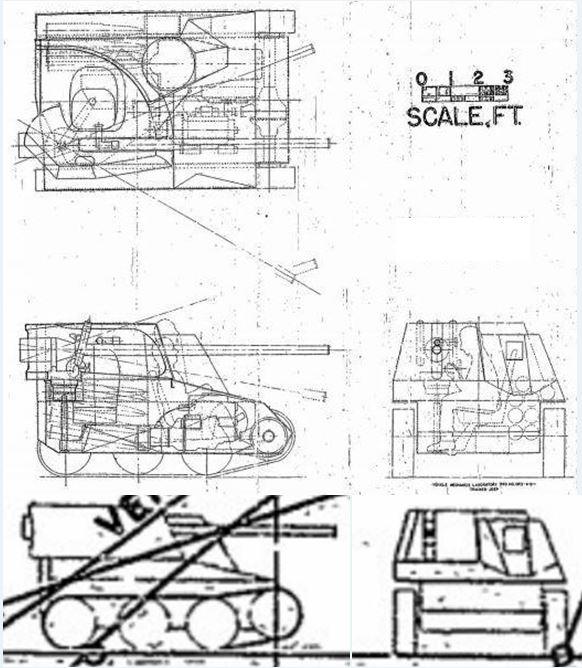 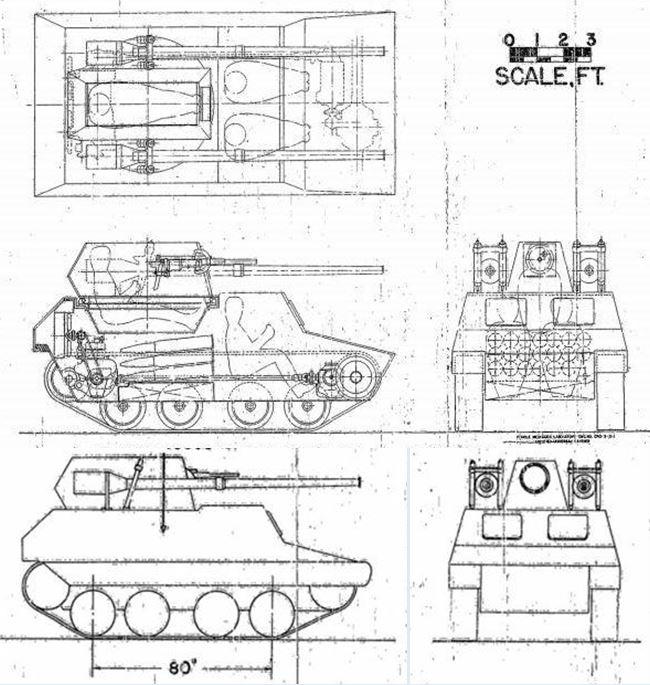 We’ve seen the ‘family’ of Cobra vehicles, the armoured personnel carriers and the existing Canadian designs for a Modified Universal Carrier and Tracked Jeep, which, compared to it, are inferior in terms of mobility and firepower, but you may recall I mentioned earlier another Canadian project called ‘Groundhog’. Other platforms are part of these early cross-country mobility trials as well, included the ‘Goliath’ and the ‘Laurentian Beetle’. This is a sadly scarce summary of the entirety of what is known about them (apologies in advance but the image quality is very low).

Groundhog – tested at Maupusesing, Ontario during Winter 1949-1950, it resembles a flat bed cargo carrier tracked vehicle and was envisaged at some point to have a rigid body for it. 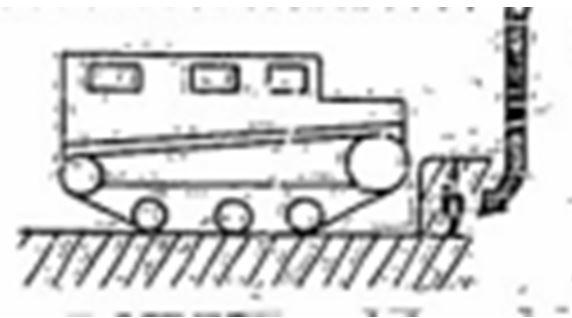 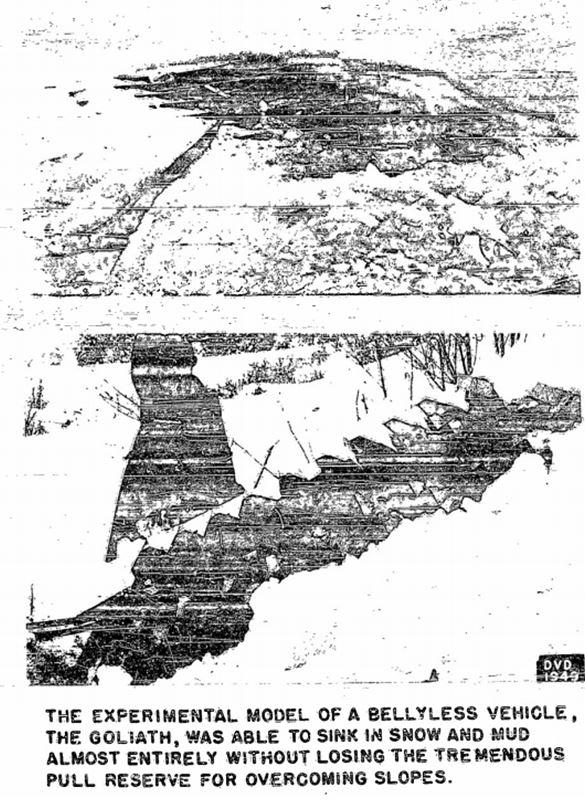 Laurentian Beetle – prior to 1950/1, an improvised conversion of a commercial tractor which is artificially high due to the lack of relocation of the transmission. 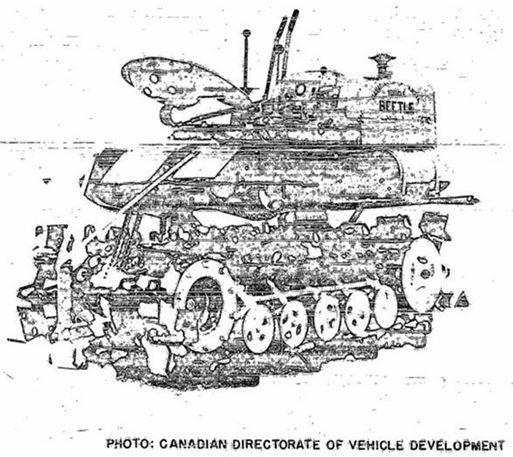