this is how Yuri Pasholok and his colleagues (I assume he wasn’t the one rendering it) reconstructed the Polish “Lem” tank, also known as Czolg P, or Czolg Pancernik. For those who do not know – it’s basically a design, submitted by famous Polish scifi author Stanislaw Lem to Soviet armed forces during the war. 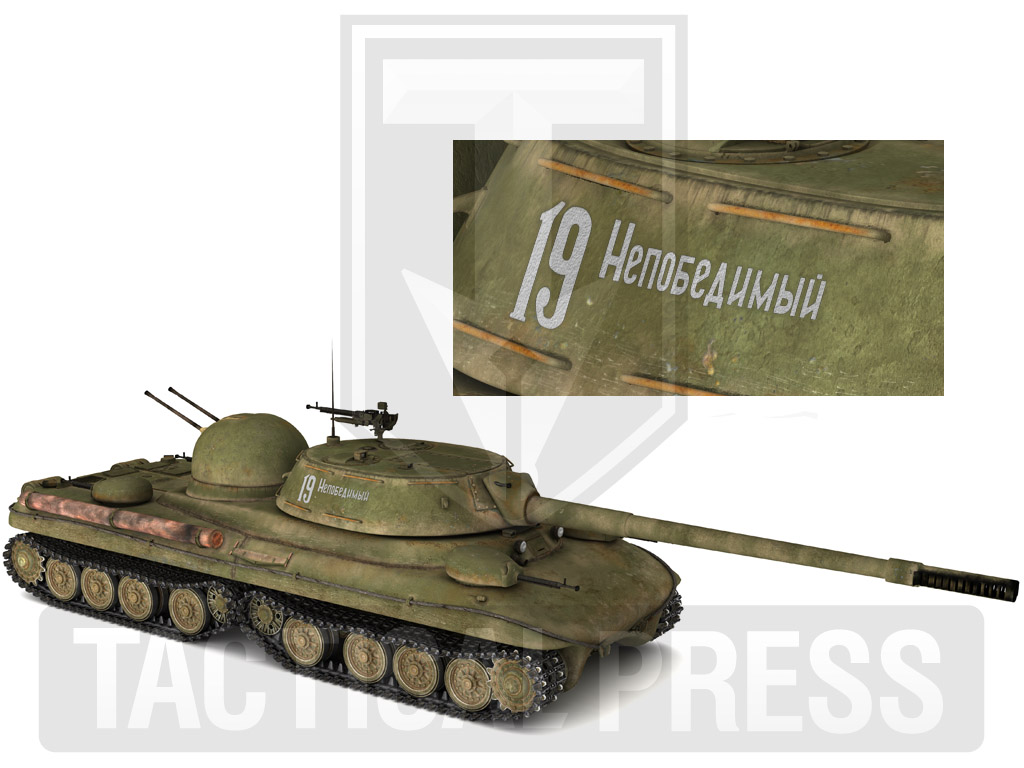 The vehicle picture was reconstructed was made using elements of Soviet technology from 1944-1947. Actually, it’s a nice tank, isn’t it :) Save for the AA “tumor turret” on the back anyway.

Too bad a Polish branch is practically impossible to build, it would be a nice tier 10 – but who knows, maybe it will appear in the game one day too (knowing Wargaming, as a Soviet tier 10 reward tank, which would be the ultimate trolling).

If you are wondering, the inscription means “invincible”.