Part 1 can be found here.

The Type 69 was known as the WZ-121 in industrial designation. In 1966, Factory 617 managed to produce the first prototype. The development was very slow because of the cultural Revolution (it’s one of the biggest failures, caused the delay of the development of the WHOLE country by around 20 years at least, so no doubt it affected tanks as well) and the lack of any help from anyone.

The breakthrough happened when China had a border clash with the Russians at an island called Zhenbaodao, also known as Damanskii Island. 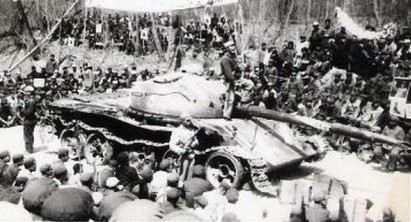 Russians, knowing that the T-62 was a top secret tank that should not be captured, launched artillery shells at the T-62 sinking it into the river. None the less, the battle heroes, while reporting in the People’s congress, told the leaders that there is a T-62 on the bottom of the river. China then got divers and machines to take it out of the water. 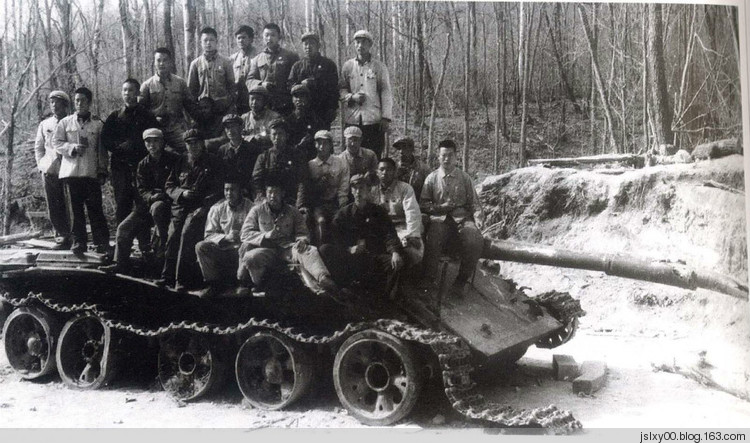 From the T-62, China managed to examine the new designs of new Soviet tanks. Soviet Luna IR searchlight system was copied and integrated into the Type 69 design. The Chinese engineers had first hand reference material, so it proved to be a significant factor to the Type 69 development. The T-62, that was captured is now on display in the Beijing Military Museum (not the tank museum). 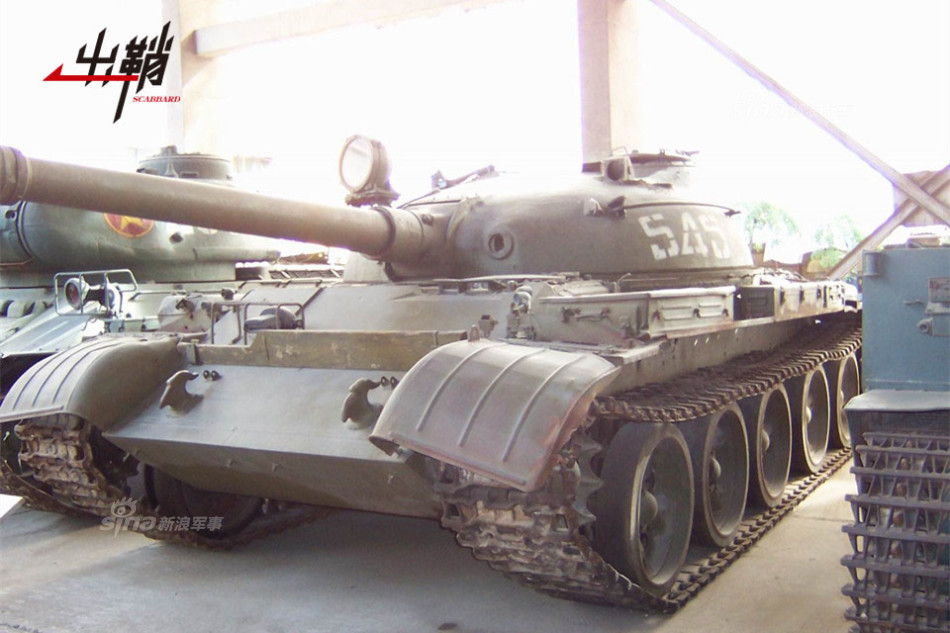 The T-62 showed Chinese engineers how the smooth bore guns work and they were able to get their hands on first hand reference material, which no doubt gave China a lot of design support for the future 100mm smooth bore gun on the Type 69. China was able to obtain a formula from another country, but nobody could solve and use it in China except one guy. This Chinese scientist was actually a deputy leader of some kind (a pretty high seat in the Krupp company, where most German tank guns are made). With his help, China managed to use the formula, that was needed to create such advanced gun at the time, which penetrated 250mm of armour without any problems.

Relations between China and the West warmed in the 1980s and China was able to import some Western technologies to improve its weapon systems. The Type 69 was upgraded with Western systems such as the British Marconi FCS and the L7 105mm gun. The new version received the designation of Type 79, which represented the conclusion of China’s first-generation tank development.

The simplicity, robustness and low cost of the tanks made them attractive on the export market and China sold hundreds to both sides during the Iran-Iraq War. Many of the vehicles were later used by Saddam Hussein during the Gulf War and the 2003 Iraq War.Its battle reports can be seen quite easily in English so I won’t talk about it here.

The 113 tank was requested by many of you guys. However, I am unable to find ANY reliable data about it. In my opinion, just like the 121, some existing documents are just not available, but 113 is definitely a medium and heavy hybrid, which was designed to share components with medium tanks to ease maintenance.

So I hope this was interesting to read. I am very busy recently so I may not write another article for a few weeks (not exactly sure yet). I am doing this since you guys have motivated me enough through a lot of positive recognition from the previous articles. Just know that, I have no personal first hand reliable data so there may be minor inaccuracies.

Final question, do you guys want to read about the epic story surrounding the capture of T-62?

(I have it written, just not sure if FTR wants it)