Yuri Pasholok posted another bit of info on the French vehicles, that we will see in the game. This time, it’s the Somua S40. By April 1939, the requirements for the modernization of the Somua S35 cavalry tank were laid down. The vehicle, that was to be based on them, was proposed to be mass-produced from October 1940. The requirements mentioned an overhaul of the hull and the suspension, but other changes were connected with the planned production of the CAM 2 (Somua SAu 40) self-propelled gun, which was 3 tons heavier than the S35. 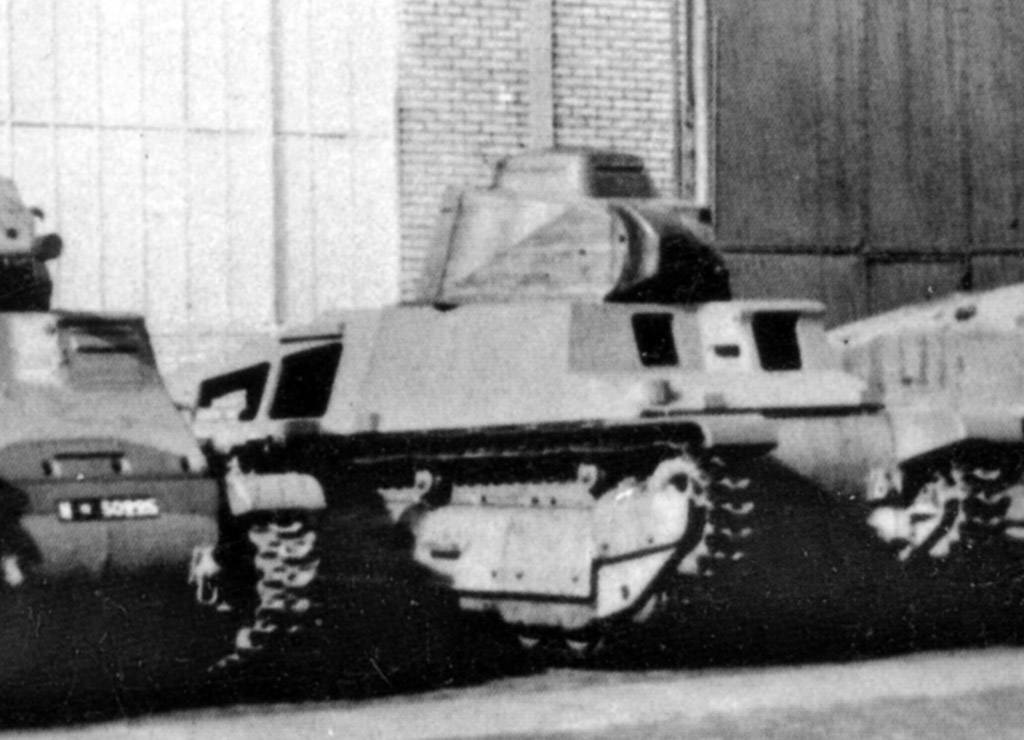 By the end of 1939, a prototype of the tank, recieving the factory designation of AC 5 (later recieving the name Somua S40), was made. Apart from the improved suspension, the vehicle also had a modified hull, based on the model used in the development of the SAu 40 SPG, as well as in the building of a 20 ton medium tank for the G1 program. One more new thing was the engine with its power improved to 220 hp at 2000 RPM (at 2200 RPM, the power actually peaked to 230 hp). The tank would weigh 20 tons and the engine would give it a rather good power-to-weight ratio of 11,5 hp/t, which is 1,5 hp/t more than the one of Somua S35. Its maximum speed was increased to 45 km/h.

As was written in an earlier article, the first 80 Somua S40 tanks were supposed to be equipped with APX 1 CE turrets (the same ones Somua S35 used). Nevertheless, even the first prototype was also tested not only with a new, boxy turret mount mockup, but also with the new ARL 2C turret mockup (welded instead of cast). By the way, not only a mockup was made of that turret, a real metal prototype was built as well (same goes for the hull). The first S40 hull was built in January 1940 in the Creusot plant, by April it was two more and by May, yet 5 more were assembled. As such, the plan to start the mass-production by July 1940 was completely realistical. However, because of the German invasion, it was all over as early as mid-June 1940. 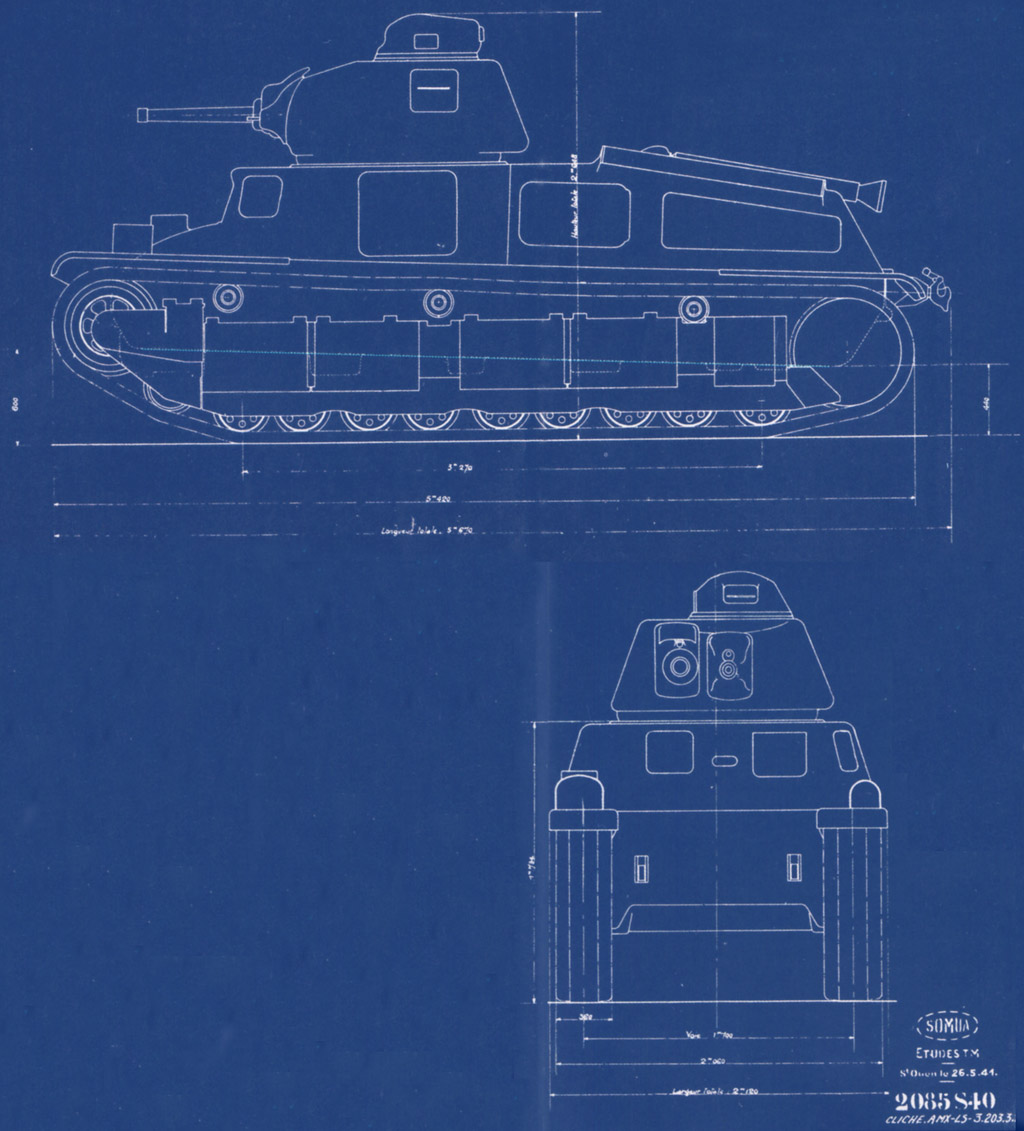 Comparing the hulls (original drawings, S35 above, S40 below) 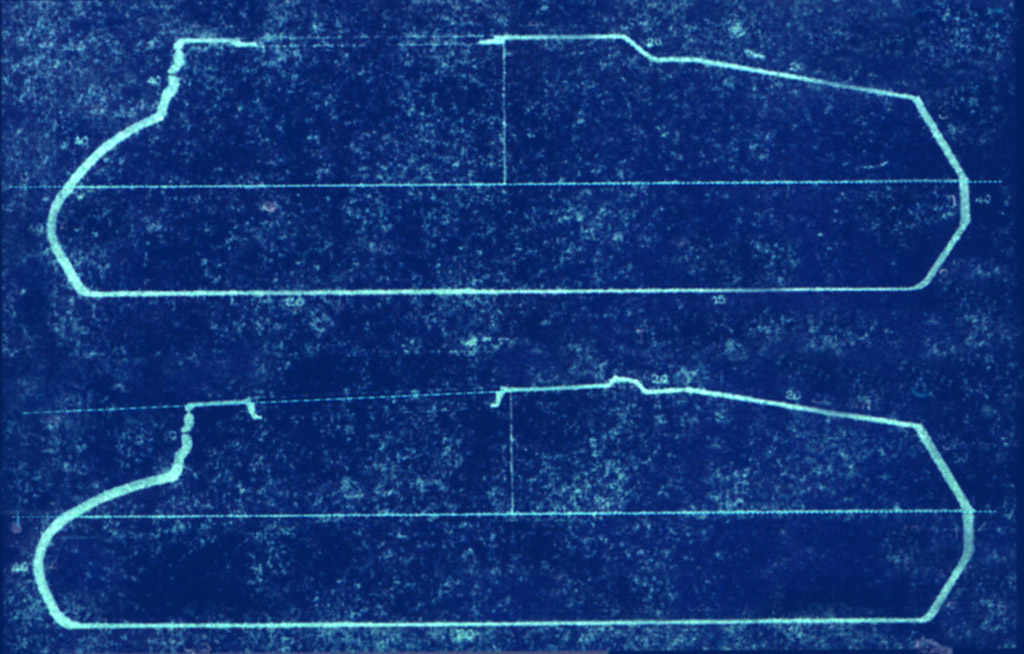