today, we’re going to have a look at the development that the Somua S35 tank underwent during the wartime years, in secret of course. Yuri Pasholok wrote an interesting article about it, let’s have a look at it.

The partial occupation of France did not spell doom for the entire French tank development, it didn’t freeze solid. According to the agreement with the Germans, Vichy France did not have the right to develop and produce new armored vehicles on its territory. Nevertheless, companies in southern France continued in secret their work on promising projects, the priority being put on improving and modernizing the existing vehicles. It was for example in those years that the company CDM developed and produced in small numbers a turret for Panhard 178 armored cars, equipped with the 47mm SA35 gun. Another example would be the company Lorraine, producing under the guise of tracked tractors a 4 wheel version of the Lorraine 37L APC, known as Lorraine 37/44.

In other words, the French armor development survived even during those complicated years, although just barely. It was this wartime development that became later on the basis of the revival of the French tank industry, that begun right after the key French territories were liberated from German occupation.

One of the “secret development” centers was a part of Toulon, where the company Forges et Chantiers de la Méditerranée (FCM) was located. At the point of the French surrender, the main task of the company was the production of Char B1 bis, although there were plans to produce the superheavy FCM F1 and the company was also one of the producers of the turrets, that were used on other tanks. It was here that a new concept to develop the French Somua S35 cavalry tank was developed. In the end, it could have looked like this: 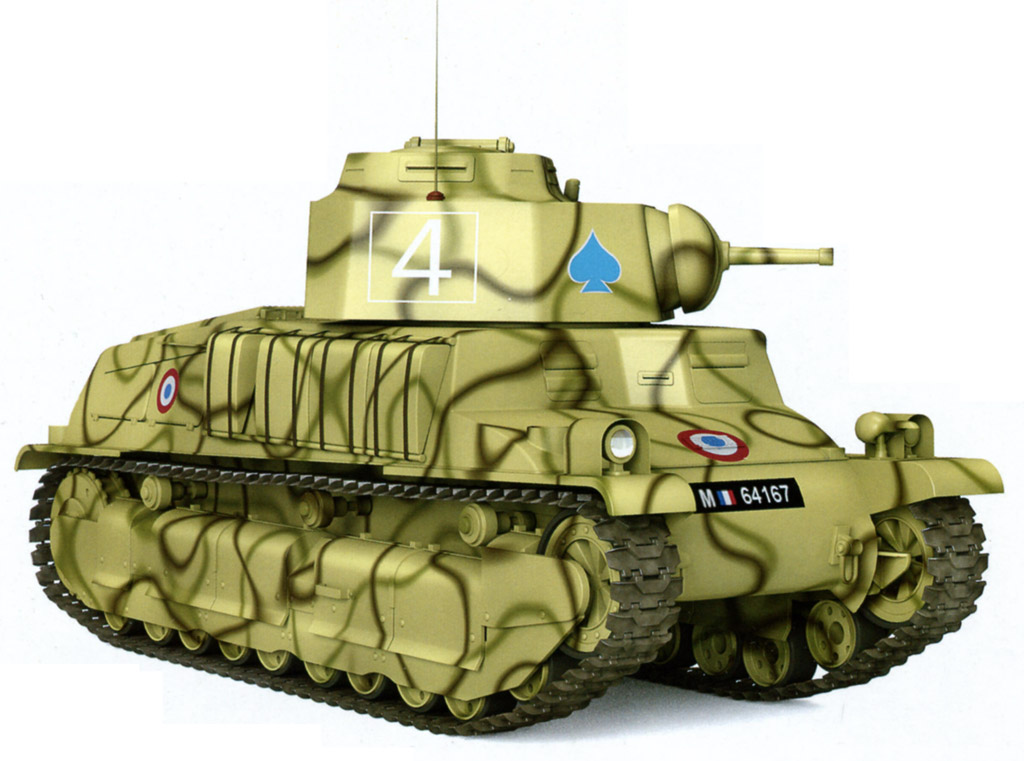 One of the existing issues of the tank was its one-man turret. The inital turret APX 1 with 47mm SA34 gun had a turret ring diameter of 1020mm. The later version, called APX 1 CE with 47mm SA35 gun had its diameter increased to 1130mm, but it wasn’t much of an improvement. Of course, compared to the tiny turret of the R35 the Somua turret was larger, but it was far from ideal and how De Gaulle could fit a roughly similiar turret APX 4 with his 196cm of height is unclear.

And it wasn’t just about fitting in, you also had to shoot, reload, reload the machinegun and command the tank at the same time. In other words, the idea to put at least a loader in the new turret was very actual.

By the Summer of 1942, FCM developed a solution for this idea, at least on paper, resulting in a Somua S35 project with a two-man turret. It was obvious that ideas, developed for the Chan F1 turret were used here as well – this turret was intended for the G1B medium tank of the Baudet-Donon-Roussel company. The author of the reconstruction above made it look cast, but it was most likely to be at least partially welded. The turret ring diameter was increased to 1435mm, the turret had a commander cupola with an actual opening hatch (progress, compared to the older design) and if required, you could mount an AA MG pintle on it. The armament however remained the same – 47mm SA35, although the machine gun was changed to MAC 1934 Mle.39 with higher rate of fire. 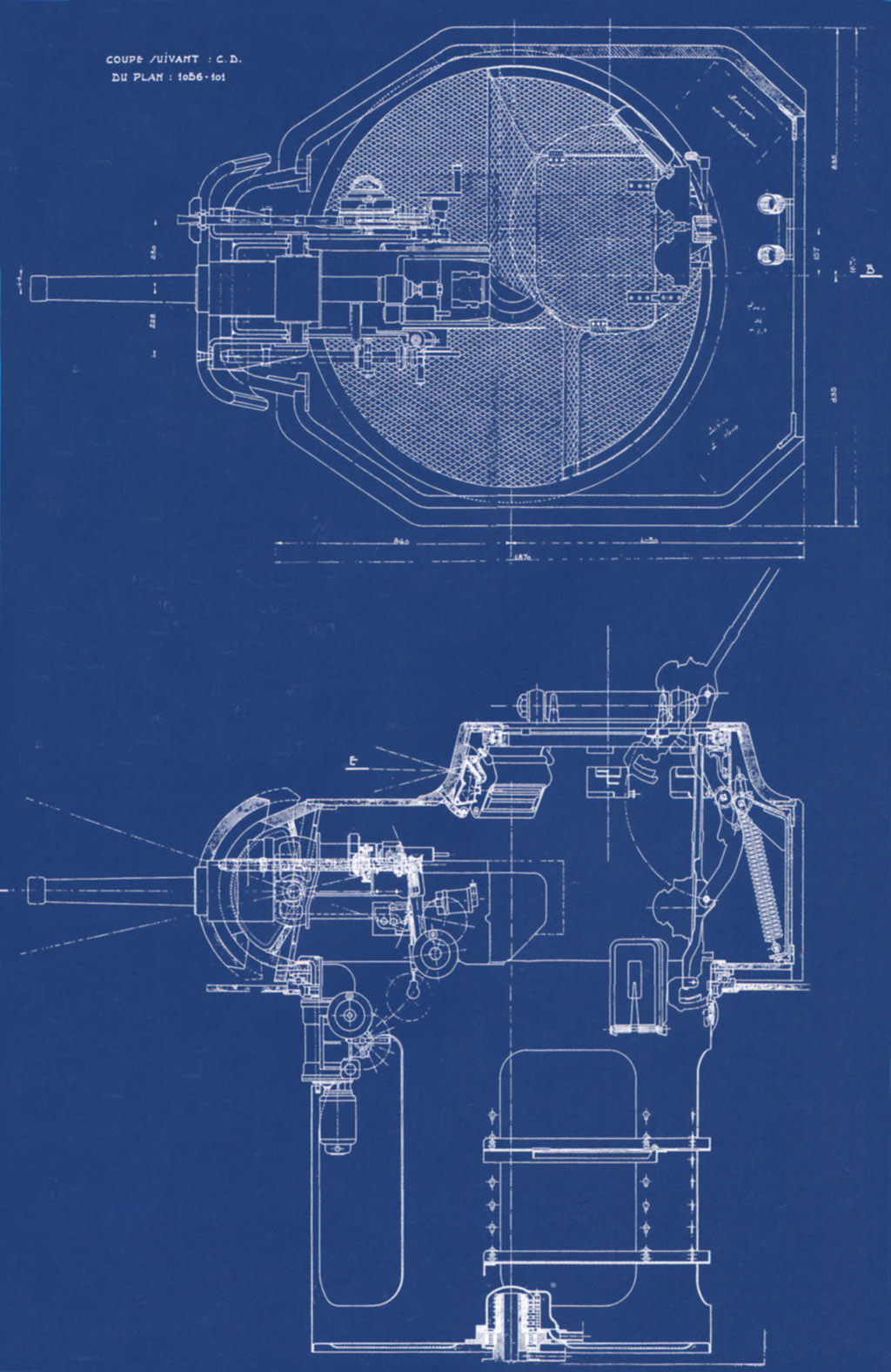 It was interesting that the FCM developers themselves considered the two man turret obsolete. As a result, they made a new, three-man variant of that turret. The commander cupola was moved from the right side to the left and the commander recieved a folding seat, not unlike the one in the British Matilda infantry tank. By the way, the British had a three man turret with the turret ring diameter of 1370mm, so it wasn’t that bad. At least the commander could perform his task without doing everything else at once. The gun was also changed to SA37 with a longer barrel and therefore more penetration. 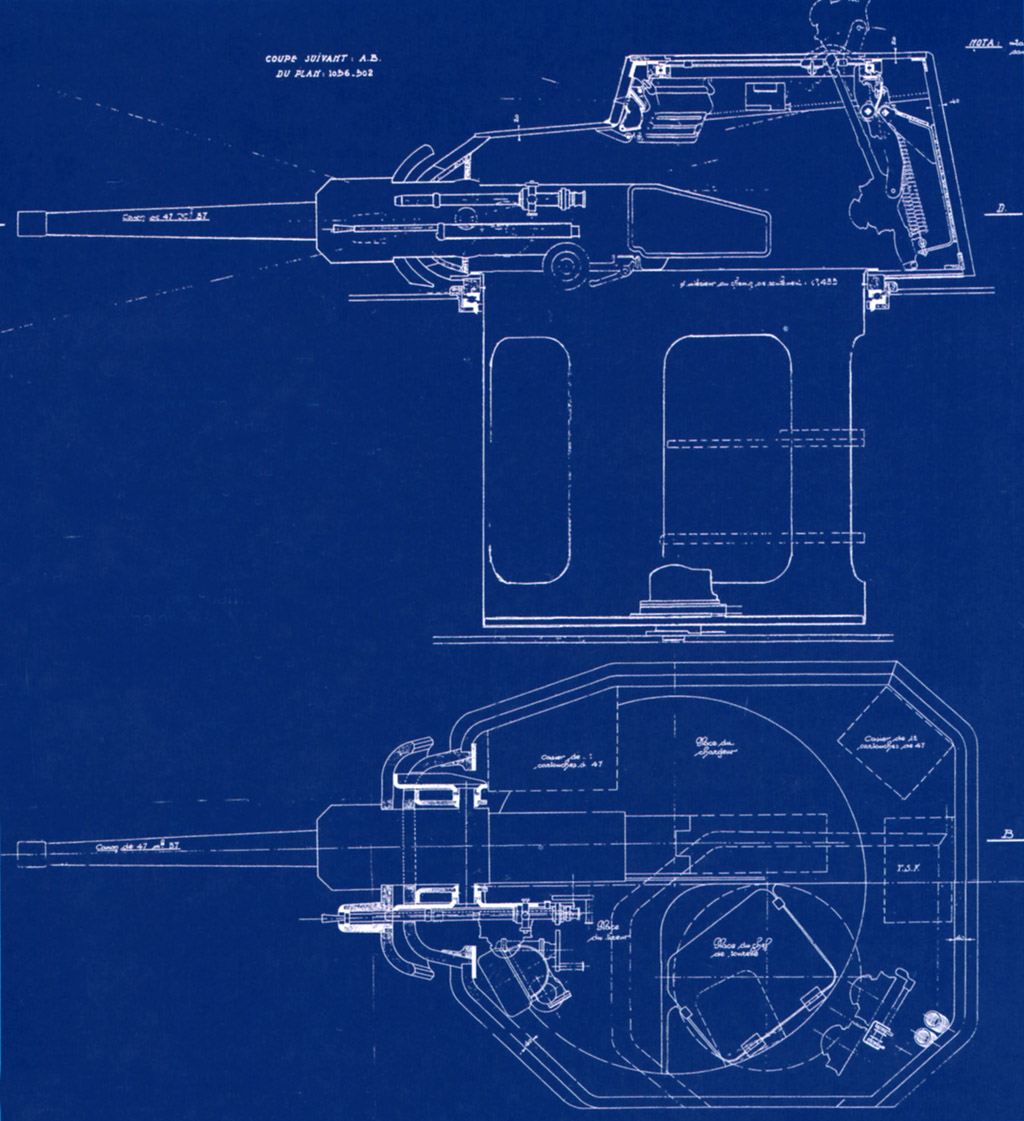 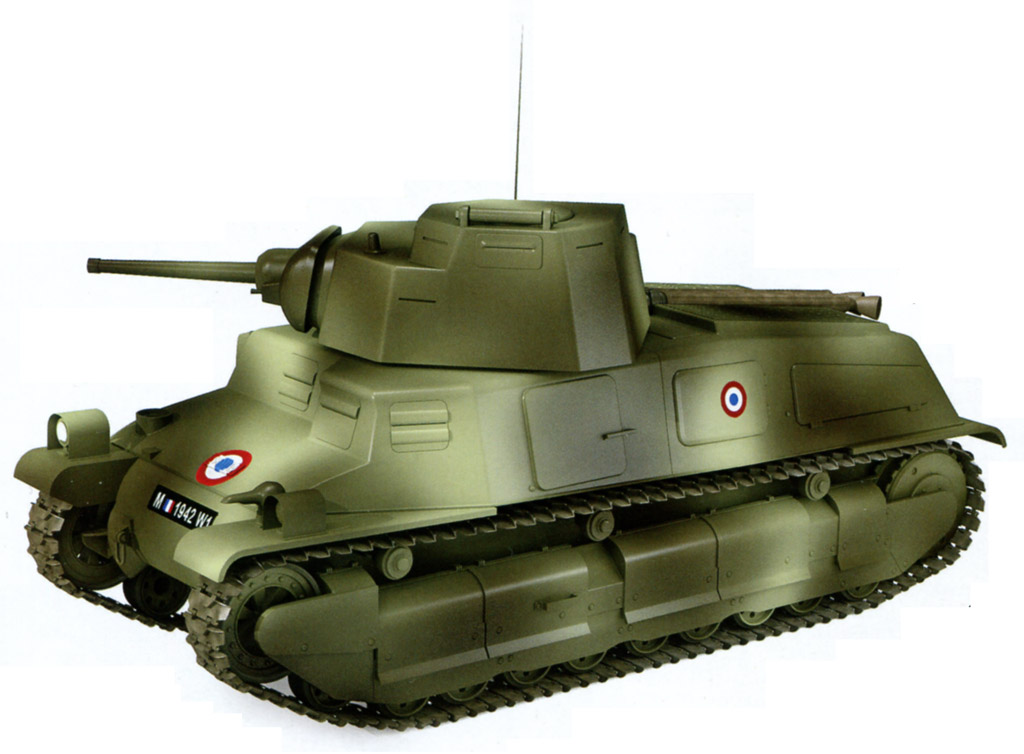 However, in November 1942, the Germans occupied the rest of the France and therefore this project was never built and the French tank industry wouldn’t be revived until 1944.