So, remember how I told you a few days back about competition rigging and how to do it?

To recap quickly: basically, if you want to rig a competition, you make as many platoons of you and your friends and possible, log in during low population hours – and there is a really good chance that all those platoons will end up in one game, especially on not-so-populated lower tiers (although technically lower tiers are the most populated tiers in the game, they are played thru the day, because only “hardcore” people play deep in the night – and those actually play high tiers only).

Few weeks ago, US server (just like EU and RU servers) hosted an XP competition. You know, the “have the most XP on new vehicles and get rewards” one. That one the concerned the new Soviet light tanks plus the German tanks.

First, he logged into battle with many platoons of his clanmembers: 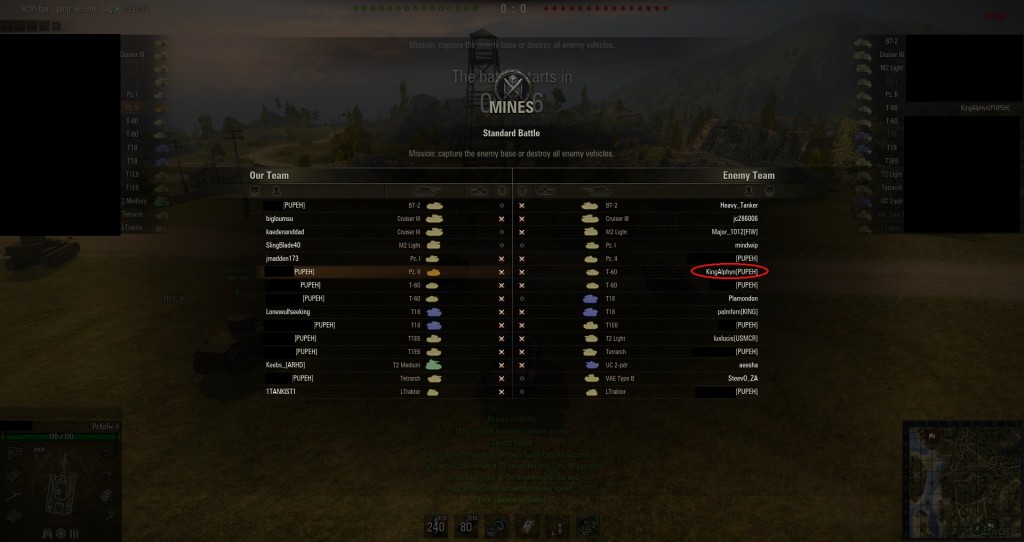 Then, he and his squad of goons fixed the battle so that he gets to kill everyone: 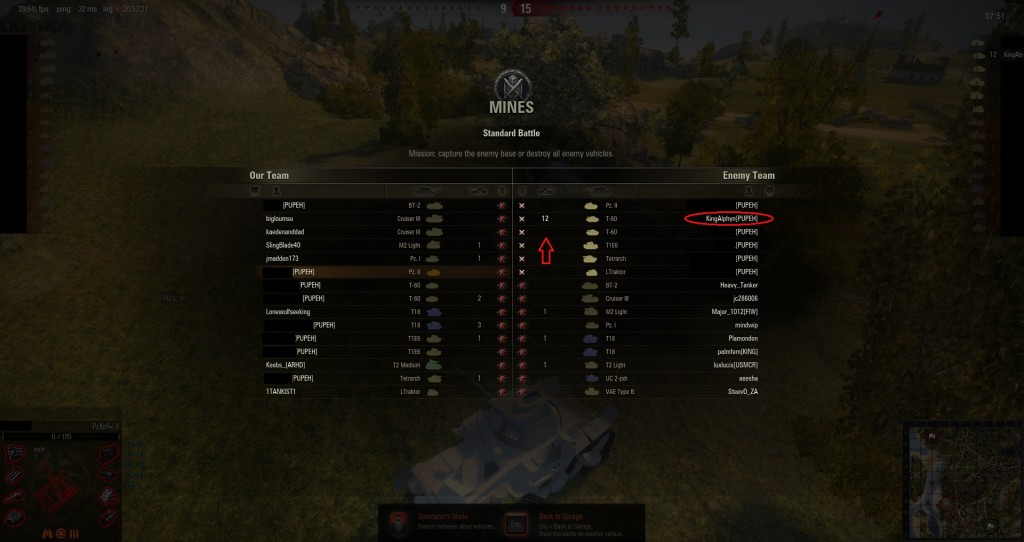 Here, the results of the battle (notice the XP amount he got): 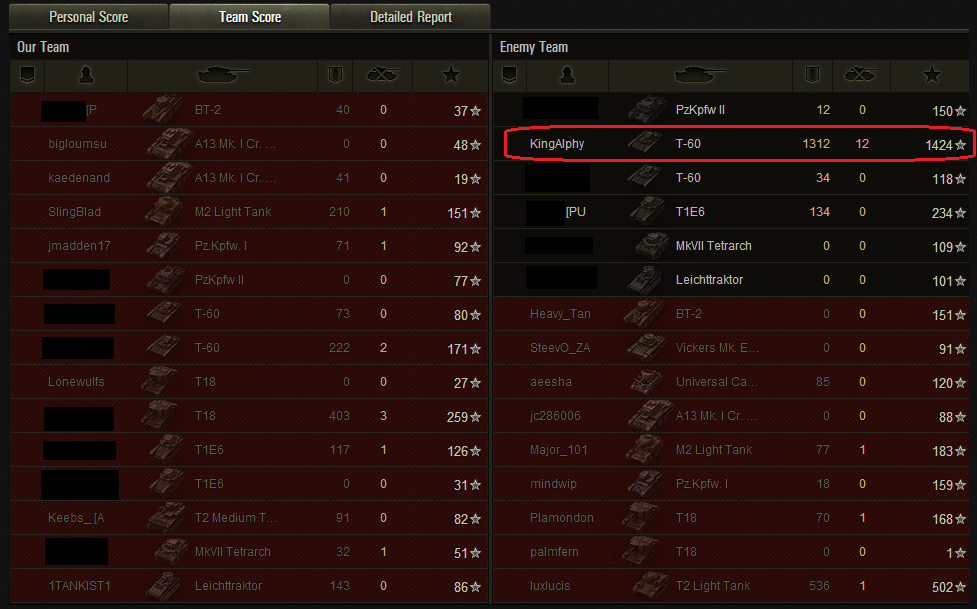 And… voila! Instant competition victory (same XP amount, so this battle was used to win):

So, KingAlphyn gets to enjoy the top prize (Type 59 or 5000g, I can’t remember). Makes you wonder… since the WG folks don’t check even the overall winning replays, what ELSE is rigged? And does it even make sense to participate in such events, when it’s so easy to do this and if not for the “detective” work of several players, he’d have gotten away with it?

I really hope he gets banned…

157 thoughts on “Competition rigging on US server”