Looks like despite the previous announcement, the EU language fail (English portal in Polish and vice versa with a random sprinkle of German) is alive and well. Good job, EU guys :) 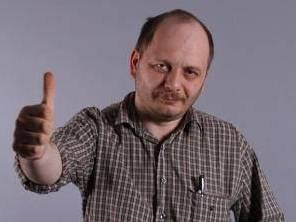 Also, World of Tanks: Blitz might apparently have infantry.

- there is indeed a bug in the average XP gain display, it will be fixed
- the Lowe weight decrease will have an impact on the vehicle dynamics (agility, acceleration etc.), but only a small one
- Japanese tank names will be written in latin (in RU client presumably), but based on the Japanese transliteration system
- apparently the crash issues (client crashing in Missions window and 7/42 battles) were not happening in common test
- according to Storm, many client crashes are the fault of faulty (obsolete) mods

Storm describes how Lowe was buffed:

“So, there was the Lowe not bothering anyone. So I was browsing the other day new forum topics (it’s kinda my tradition) and I saw another ‘Lowe needs buff!’ whinetopic. I opened it and checked it out. Then I asked the balancing department: ‘Where is the scan from Doyle’s book?’, balancers sent it to me, I posted it in the topic. At first people calmed down, but they soon started asking ‘And why is the weight different from the one in the table? and the amount of shells? And the depression too?!! And why is the armor in the table 80/100?’ So I took it to the balancing department and they said ‘we balanced Lowe like 100 years ago, maybe we made a mistake’. So I asked ‘Is it difficult to bring the Lowe to the table specs? Would it affect balance a lot?’ The answer was ‘Not difficult, shouldn’t affect balance much. We just don’t know what to do with side armor.’ ‘Okay, find out about the side armor and change it in one of the patches.’ ‘For the armor, we asked Moran (SS: Chieftain, US historian), he asked Doyle and Doyle answered that the 100mm is upper part of the side.’ ‘Will it break the balance?’ ‘No’ ‘Ok, change the sides too.’ ‘Ok.’”

- KV-5 is doing fine statistically, it was specifically checked recently
- apparently, there were errors in recalculating the personal rating after 7/42 battles
- T-44-85 will not come out in 0.9.0
- in roaming the inscriptions will be automatically disabled because various servers apparently have different inscriptions
- it’s not yet clear how soon will roaming come, tests are underway
- camouflage will work during roaming
- Storm states that regarding the roaming, the situation in Asia is problematic, Japanese and Koreans don’t like each other
- Chinese server is independent on Wargaming and Storm states that they can do practically whatever they want