this post will be a bit complicated, so bear with me. Basically, a couple of Russian players came up with a new method of measuring whether a tank is overpowered or not (or even underpowered) than classic winrate with some sort of threshold. In the beginning, there was the post by Makkad. This player (LJ) referred to the recent Storm statement that T57 Heavy dropped significantly in winrate and thus doesn’t need to be nerfed. Makkad points out that it practically took a year of being OP to drop to reasonable levels:

A year to discover whether a tank is OP or not based on balance alone is of course too long a period. What is needed is an indicator, that would show the tank OP factor directly after two or three weeeks. In the following part of the post, Makkad proves the fact that such an indicator can indeed exist.

Based on this premise, Makkad makes another (possibly obviousy) statement, that the tank winrate depends on the ratio of good and bad players playing it. The quality of players playing that respective tank from its introduction shifts gradually: in the first week after its introduction, only extremely dedicated players will have the tier 10 tank, because they buy it for accumulated free XP. Here is the amount of T57′s played in time: in first week it’s only like 340 players with them, while by now there are over 130 thousand of T57′s on RU server

Obviously the first ones to unlock the vehicle are very good players from top clans, but over time, as the vehicle becomes more popular, its winrate spread (when comparing it with players) will correspond the general skill spread of the playerbase, which looks like this for RU server:

Thus it can be concluded that the ratio between good/average/bad players (furthermore referred to as GAB) does influence the vehicle winrate. That’s why the author suggests to use the corellation between the player winrate group and their actual winrate of the vehicle. For example, you take all the players with 52 percent winrate and check their average winrate on the vehicle you are trying to assess. You do that for several of the groups and the result looks like this: 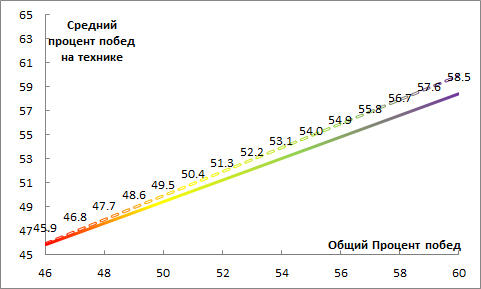 The horizontal axis displays the player group winrate, the vertical one the average winrate of that respective group on the assessed vehicle. The dotted line represents the average player winrate growth, while the solid line represents the vehicle. In this case, the vehicle would need a buff, because its winrate grows slower than the winrate of the player groups. This method allows to estimate much earlier, whether the vehicle needs a buff/nerf or not. 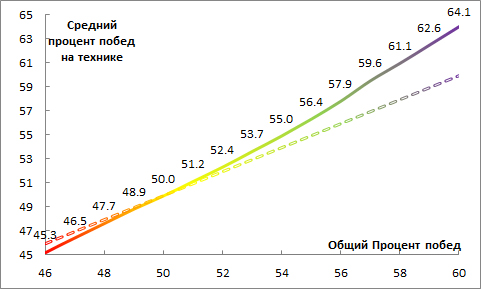 On the picture above, the situation is not so simple. For bad players, the vehicle is hard to play and for good players, the vehicle is overpowered. In this case, the method could even help the developers pick, what to do with the tank. In order to make it easier for bad players to play it, you need to use straightforward buffs (such as armor or alpha increase) and to compensate it by limiting the maximum tank potential (which good players use), for example by nerfing DPM, camo and viewrange (those are the values a bad player will gain little benefit from).

To summarize: by looking at not only at winrate, but also at winrate/player quality corellation, you can potentially reach more accurate results. In the comments to this post, Storm stated that he actually passed the method for evaluation to his statistic specialists, as he considers it to be a reasonable idea.

The method is applied by another LJ user (Ivanerr) in his post as follows (based on public data from wot-news I assume):

Not imbalanced in general – noobs can’t play it, but it is somewhat OP in unicum hands. Ivanerr states that the point, where the two lines cross can be called the “OP point” and the lower it is, the more OP the vehicle is. Ivanerr also advises that the fact the OP point is 52,5 for T57 means that anyone with less winrate should avoid this vehicle, as that person will suck with it. 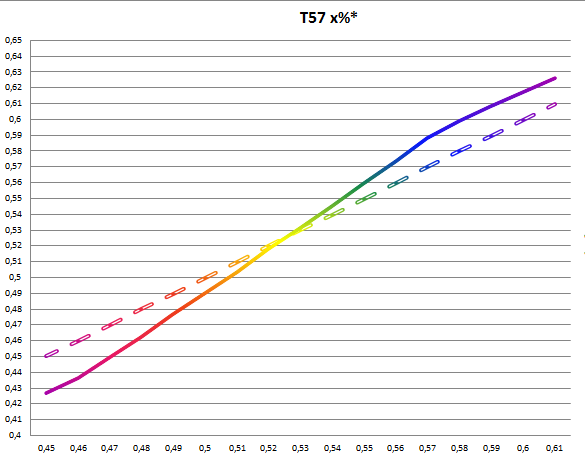 The shape of the T57 graph (“noobs can’t, unicums can pwn”) also means one more thing: that this vehicle can potentially greatly influence the battle. AMX40 seems to be the other extreme case: 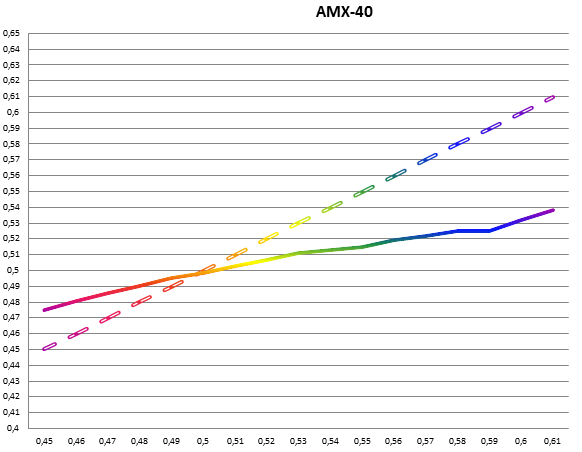 The fact that noobs pwn with it but unicums don’t means one thing: this vehicle can do very little to influence the battle outcome. It’s a noob friendly vehicle statistically, but unicums will have a hard time influencing the battle with it.

Using this method it shows that the Foch is a classic case of an overpowered tank. It has very low OP point, which means even noobs can use it to produce better results than what they usually have. 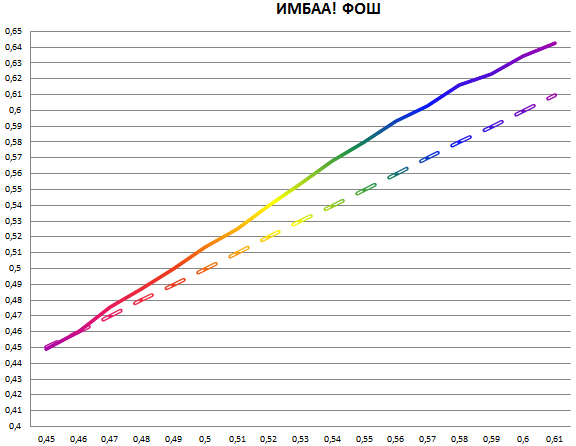 Maus is an example of a tank, that is very lackluster. As you can see from the graph, it doesn’t really have an OP point, no matter how skilled you are. 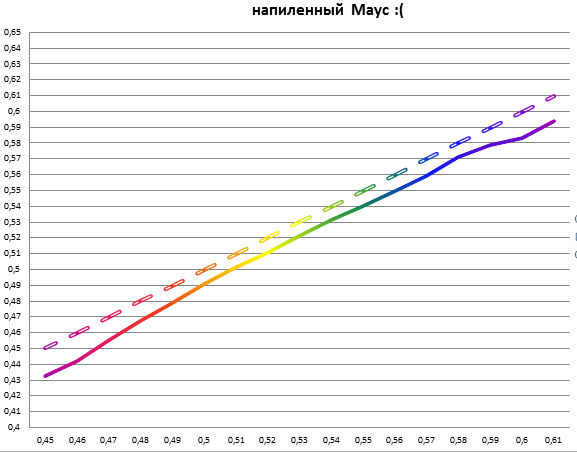 While current winrate results according to developers do not warrant a nerf, using this method the vehicle is completely overpowered 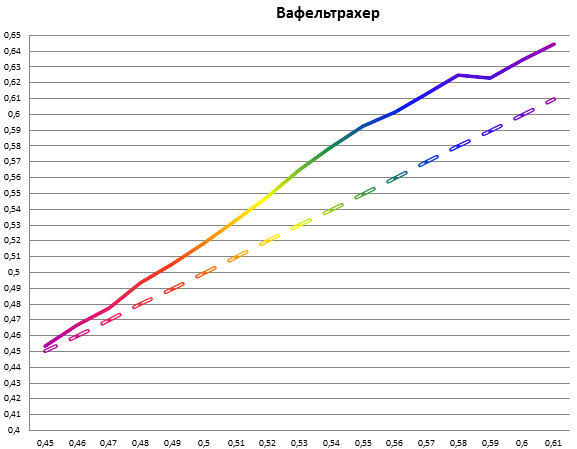 Using this method, Patton seems like a noob friendly vehicle, but it does require VERY high skills to truly pwn. 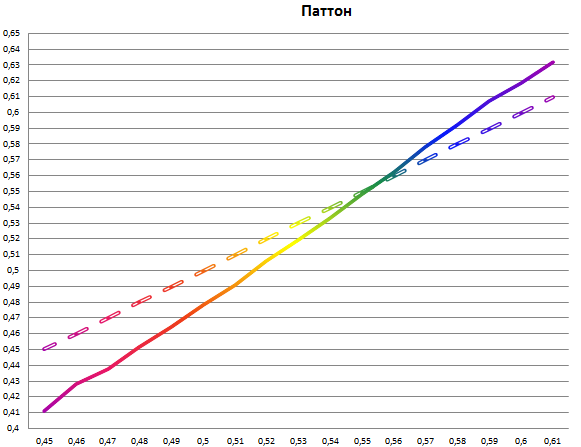 Using this method, KV-1S is shown to be completely overpowered. It has a very low OP point, which means even total noobs can pwn with it. 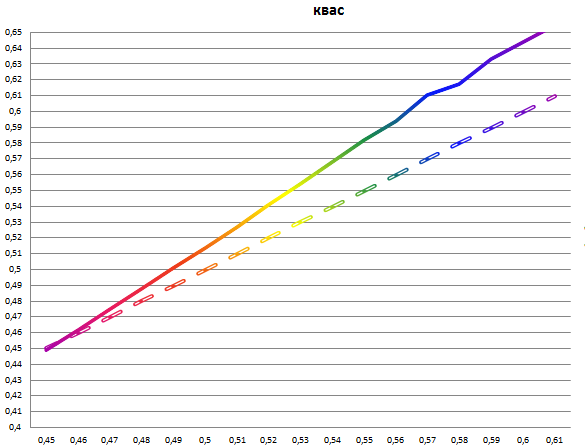 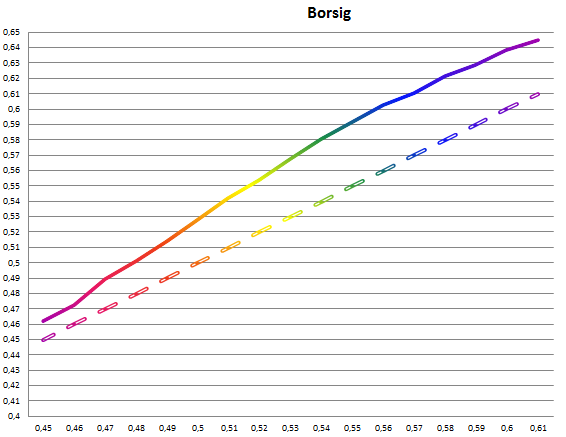 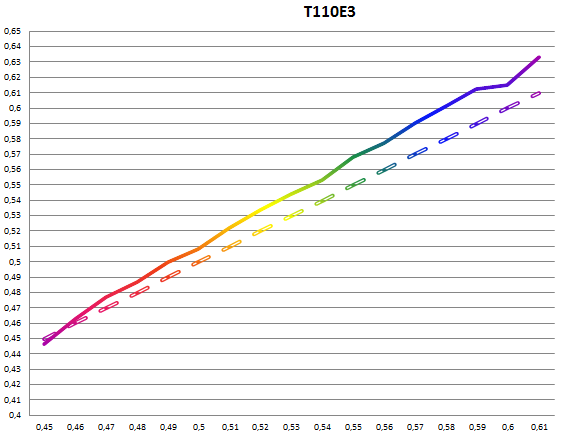 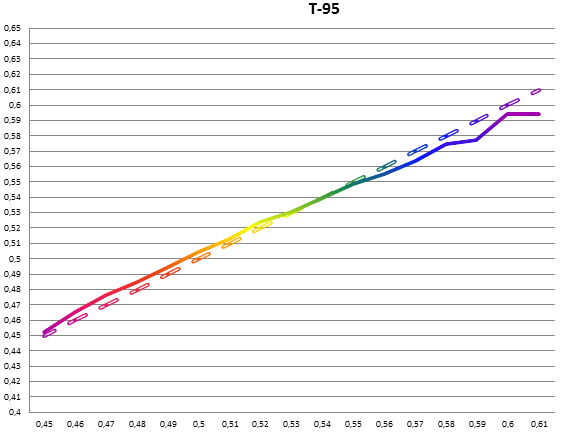 Not OP, needs a skilled player 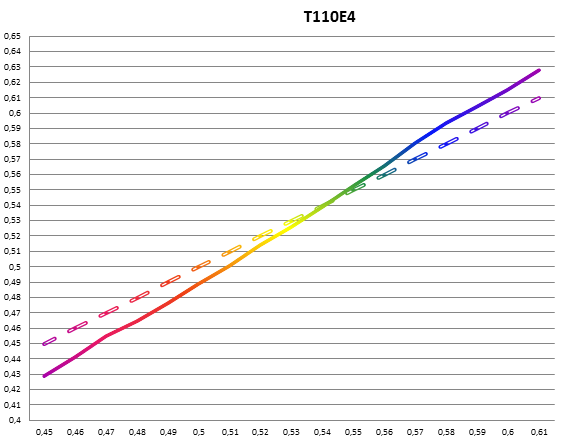 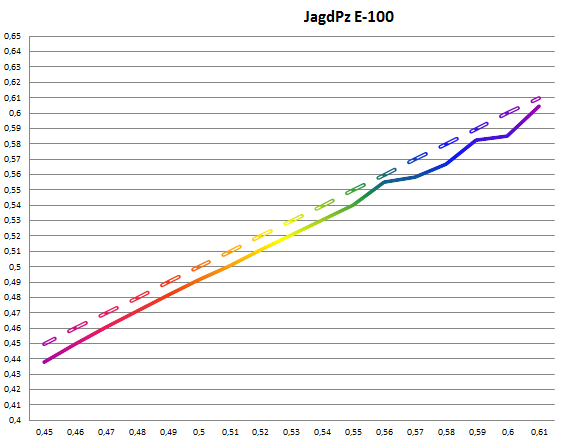 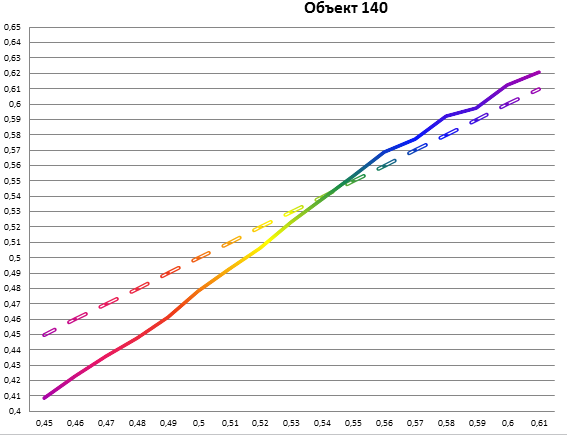 Mostly underpowered except for the best players using it 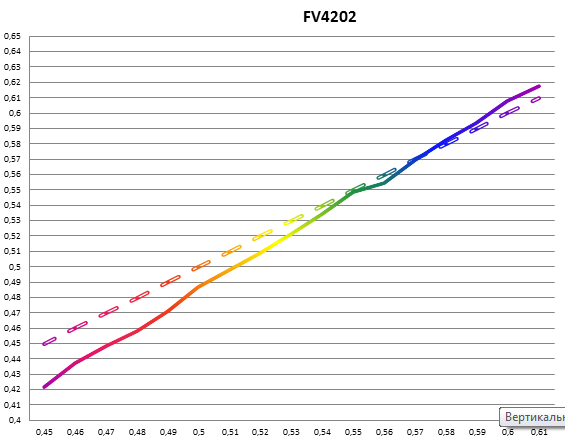 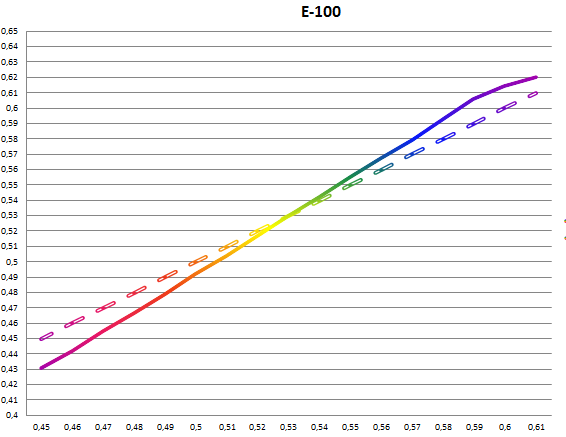 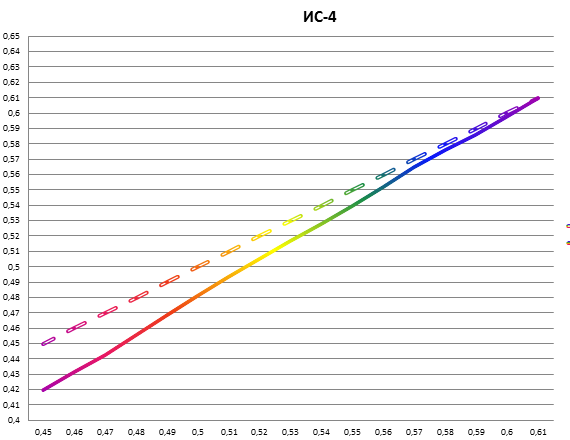 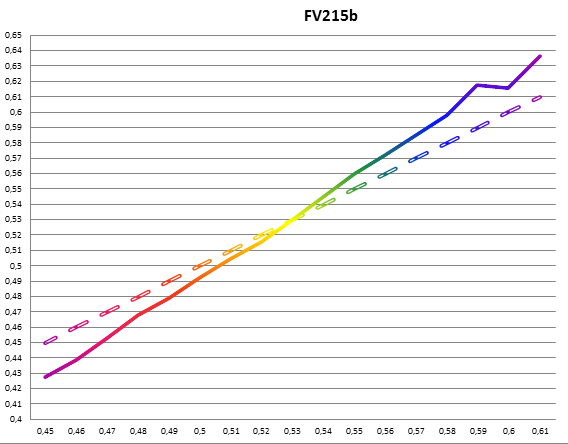 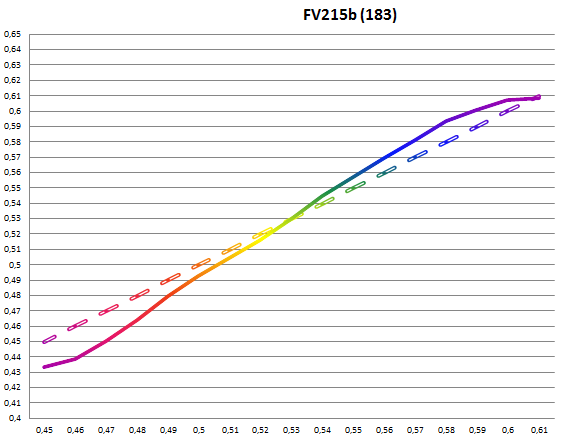 Not overpowered, you need to be a skilled player to use it 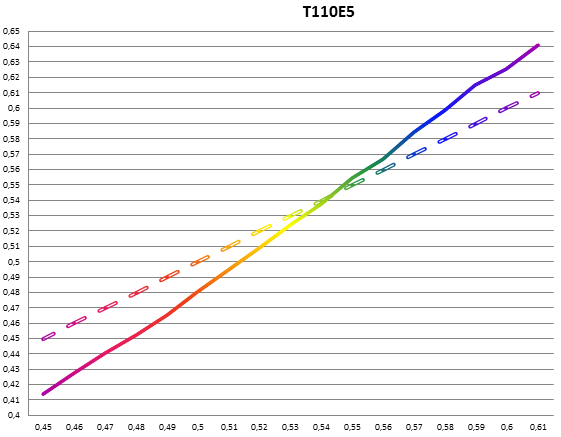 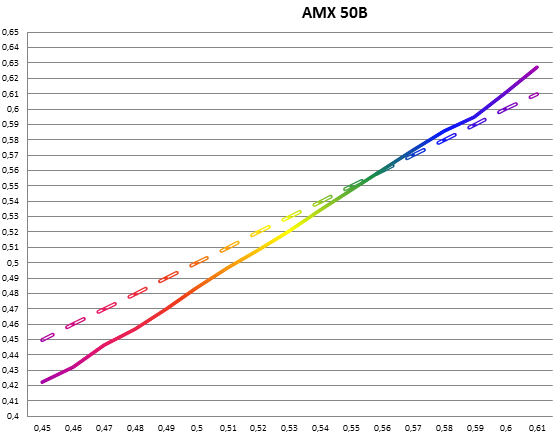 Has big potential for skilled players, but in noob hands it’s bad. Not overpowered. 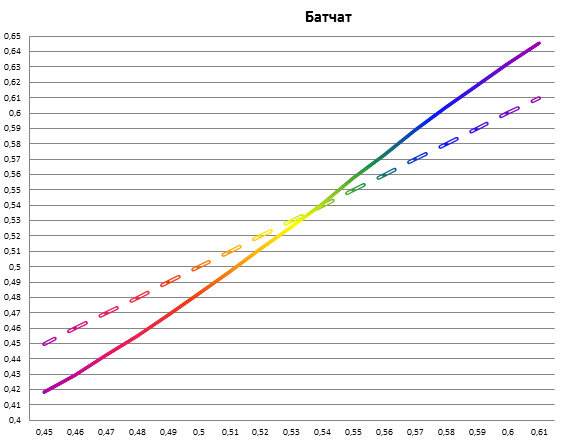 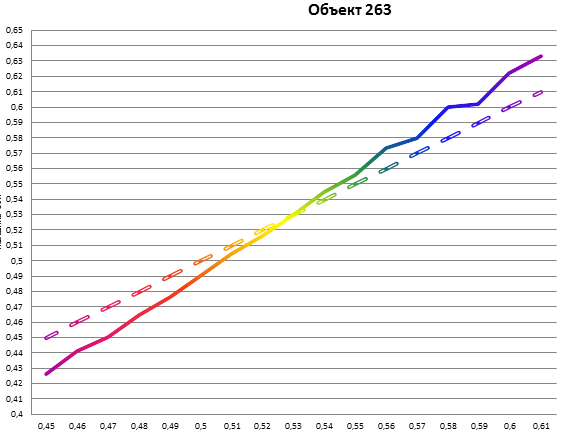 Very well balanced, neither OP nor UP 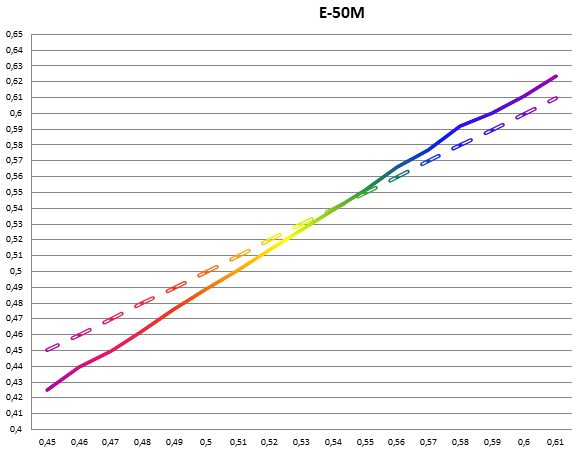 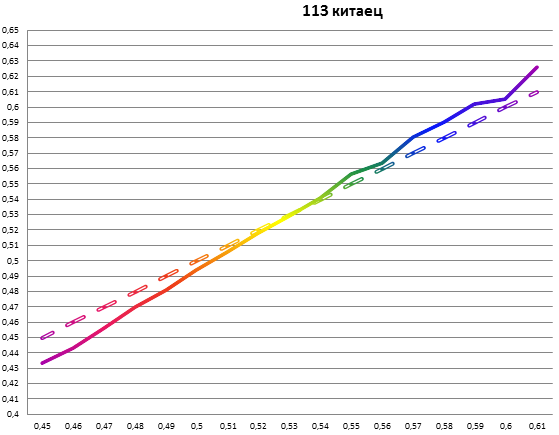 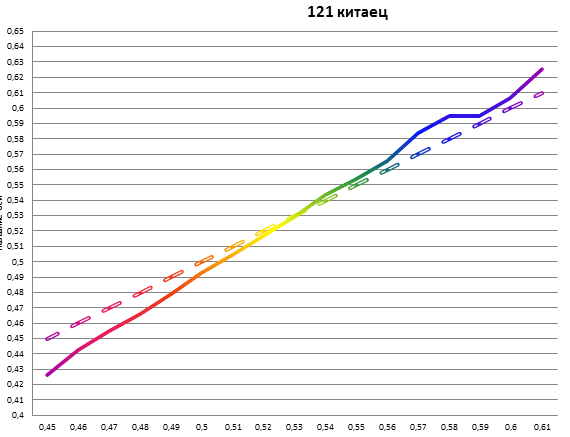 And – IS-7, that is COMPLETELY underpowered 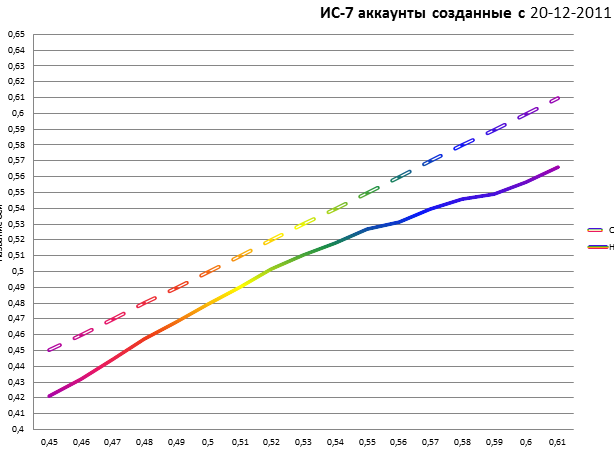 Regarding the IS-7, Ivanerr has a theory about the influence of players unlocking IS-7 first while they are still noobs, but overall, the stats really don’t look so good.

Well, that’s it. What do you think?

198 thoughts on “About the new method of evaluating tank performance”