Yuri Pasholok published today a very interesting piece of document. It’s a captured (and translated) version of a memo for Adolf Hitler from 7.4.1944 (looking at the dating, it was in Soviet hands 10 days later – Soviet recon was quite competent), regarding the development of German armored vehicles. 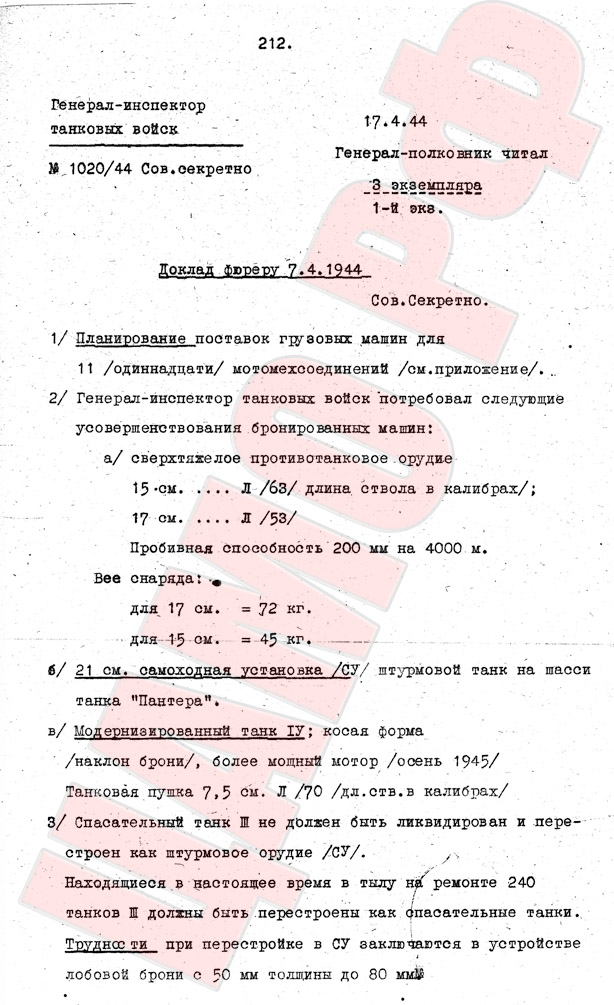 Furthermore, salvaged Panzer III tanks were not to be scrapped or rebuilt to SPG (StuG). Instead, vehicles, being repaired behind the front lines (240 pieces) should be rebuilt as ARV (recovery tanks). There are difficulties in uparmoring the 50mm front of the StuG to 80mm.

First is the Schmalturm on a hull, resembling someting like 9/B.W.

The second variant is obviously pretty outlandish and I at first thought it’s some sort of trolling, but allegedly, the turret would fit, because the Schmalturm would in size replace the Panzer IV turret and that the chassis of III/IV was built to withstand greater weight (the suspension was more resilient) – this is why Panzer III and IV development stopped at one point, the chassis reached its limits. As for the engine, it would fit, but the hull crew would have it significantly more difficult getting in…

52 thoughts on “German Fantasies for the Führer”