today, we are going to talk about one of the not-so-many things left to implement, when it comes to adding new tanks: the European tree concept. We’ll talk about what it is, what it could bring, how it is interesting for YOU and why it would be a big mistake to scrap it. It’s going to be a long read, so I’ll just make it into several parts and hope you like long texts, when it comes to FTR :)

Sometimes, people get confused, when “EU tree” is mentioned. “What is it” they ask (usually followed by “and why the hell would we want that”). In short: the EU tree would consist of all the European smaller nations, that actually had their own tank development, but didn’t make it to the game, because (in some cases) they do not fulfill the criteria for introducing the entire tree (the condition for that currently is that the nation in question has to have ALL the classes, researchable up to tier 10). These nations are actually many – the prominent ones are Italy, Sweden, Czechoslovakia, Hungary, Poland, Spain, Switzerland and a few others. The development (or rather, “tank use” in some cases) in these nations ranged from pretty much copypaste (Bulgaria for example) to very original and interesting development (Sweden, Czechoslovakia, Yugoslavia) – there is this myth going around that European nations other than those in the game just used copypaste US/Soviet stuff, but that’s not true, not by a longshot. Well, at least in some cases anyway – some copying (or “inspiration”) is obviously inevitable, but it’s nowhere near the “world of T-54 clones” China (or even Russia) has for example.

A note on the name though: I tend to use the term “EU tree”, but obviously, it has nothing to do with the European Union. It’s just a handy shortcut – don’t expect EU flag to fly over this tree, especially when during the WoT timeline, some of the candidate nations for this tree were hostile-neutral (Czechoslovakia vs Poland vs Hungary), while others were outright enemies (Romania vs Bulgaria). Russians (yes, there is a substantial Russian playerbase interest, thanks to efforts of players such as alex_mitsch) refer to it as “evropeyskoye derevo” (“European tree”).

The Issue of Originality

In his recent interview, Big Boss V.Kislyi noted that EU tree might not have such a high priority (obviously), because – and I quote (the interview can be watched here):

Let’s be honest to ourselves, adding another European tree will not add much of the variety.

This statement actually has three aspects that need to be adressed:

The first point is actually a question, that certain vocal minorities (usually tied to e-sports, CW etc., the same people who want the disappearance of RNG and all the Counterstrike-y gamebreaking stuff) brings up every now and then. The answer is simple: yes, of course we need more tanks. The reason for that is that in the end, for very casual players, new tanks are the only way to progress. This game is not aimed at 0,05 percent of unicums, who cry over each percent of winrate lost – it is aimed at masses of (as SerB says) “daddies”, who come home from work and play. Of course, such players do have enough tanks to play as it is, but nevertheless, for these players, adding new tanks is the only “progression” the game makes. And of course, there is the other crowd of people like me, who are not interested in team battles or CW (it was an interesting experience – for a month or so), new tanks are pretty much the only way of progress we can see in the game. Third group would be players from countries, who do not have their tanks yet, but want them. This is for example the Czechoslovak and Polish community (2 out of 3 biggest communities on EU server), but also the Hungarians from what I’ve seen and Italians as well. There are many fans of Swedish tanks too.

The second point is also something quite important. Sometimes, I have the feeling that a lot of players live in the WoT two or even three years ago. I was there pretty much from the release, I remember how it was too. Three nations – USA, Germany and Russia and that was it. Under those circumstances, it was not hard to have each tree “original” (Germans: boxy snipers, Soviets – round brawlers, Americans – comfortable mobile rapid fire). Time has moved on however and the differences were washed away. Germany now has round tanks, autoloaders do not belong exclusively to the French anymore, Americans have hard hitting massive tank destroyers and such. The cold hard truth is, there is very little original (gameplay-wise) stuff left to implement (the only somewhat original remaining thing is a SPG/TD hybrid such as Sturmtiger and personally, I have my doubts now that it will ever see the game, but who knows). In other words, even if there was no EU tree, what original stuff would be there:

And so on. Does that mean any of this should not be implemented? Of course not, I would play many of those vehicles. All I am trying to demonstrate is that “originality” – or the “something special” element is simply gone, the concepts already mixed amongst the branches and that’s how it is, that’s how it was even in real life (development schools always influenced one another).

Third point answer is “definitely” and we will get to that in part II. I promise you that when you see some of the potential EU tree stuff, you will think “damn I would definitely play that” at least once – even if you won’t admit it :P

What, wall of text and no pictures? 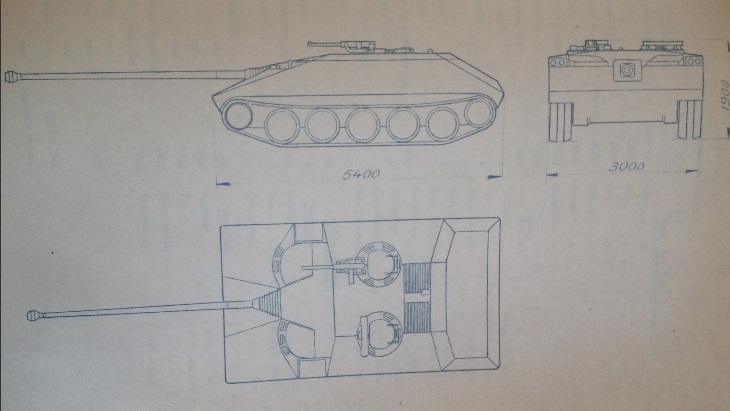 62 thoughts on “European Tree part I – Introduction of the Concept”