Storm confirmed before that along with the RU251 and American high tier LT’s will come together in one patch, but what I missed earlier was the tidbit of info that Soviet LT8 will come in the same patch as well.

(sorry for the watermark, I was lazy to look for the quote myself)

Either way, what does it mean actually: remember how Wargaming said they really want historical tanks? Well… I think I can honestly say after looking through the books I have on Soviet tanks (Russian books), through various Russian history forums and the Russian community itself:

There is absolutely no suitable candidate for Soviet tier 8 light tank.

Anything on that tier will be either completely unhistorically nerfed (as in “nothing left of the original tank but its general shape”) or an outright Wargaming fake á la WT E-100. If we let go of the “usual” limits for tanks (suitable gun/engine/armor), we get to two things – the Object 975 and the tank Yuri Pasholok found in 2012 or so.

Object 975 is a Soviet light tank proposal from the early 60′s with an autoloading gun of an unknown type. Its main fault is that it has MASSIVE armor (turret front: 430-450mm) for a light tank and in the past, SerB (or was it Storm?) said it’s “too modern” and “too strong” to appear in World of Tanks. This is how it looks anyway, but as I said, I don’t think this will be it. 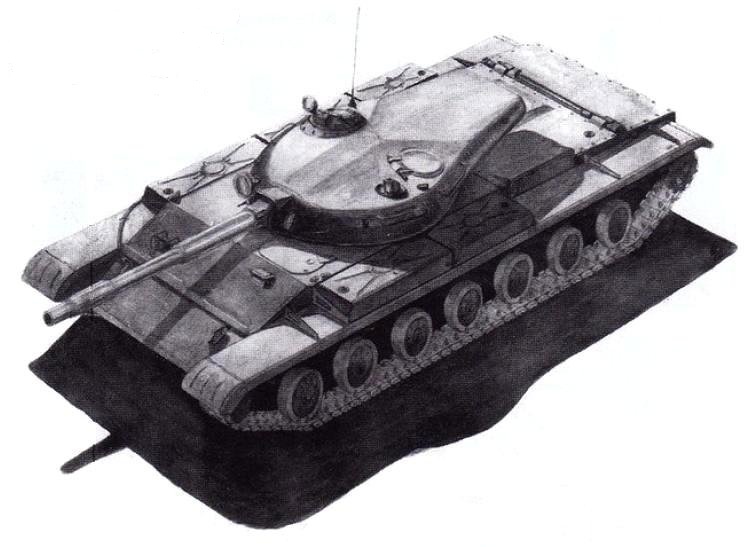 What I do think it will be it is this… the LTTB, as Yuri Pasholok calls it. Originally, he posted some pictures of documents and hull schematics, but the pictures are no longer available in that post (the post itself is very old – August 2012) – in case you know how to dig them out of the post, let me know (because I don’t).

From the info in the post, we can build a picture ourselves however. Basically, it was felt that the T-80 light tank was insufficient and this was a proposal to build something bigger, better and nastier. This proposal if I understand it correctly (hard to say without the pictures) comes from February 1944 (developed since late 1943) from Kirov Leningrad Plant No.185 – they proposed a hull in a shape that was as armored as the T-44 (90mm frontal armor, 62 degrees) , it had a bigger turret ring than the T-34/85 though and its suspension resembled the T-100 heavy tank. The turret was not designed (so any turret design would be a fantasy), but frontal turret was supposed to be 90-200mm thick (!), the gun was 85mm S-53 and it was powered by a 400hp V8 engine. In the end the project was scrapped.

This is the plan Yuri Pasholok posted 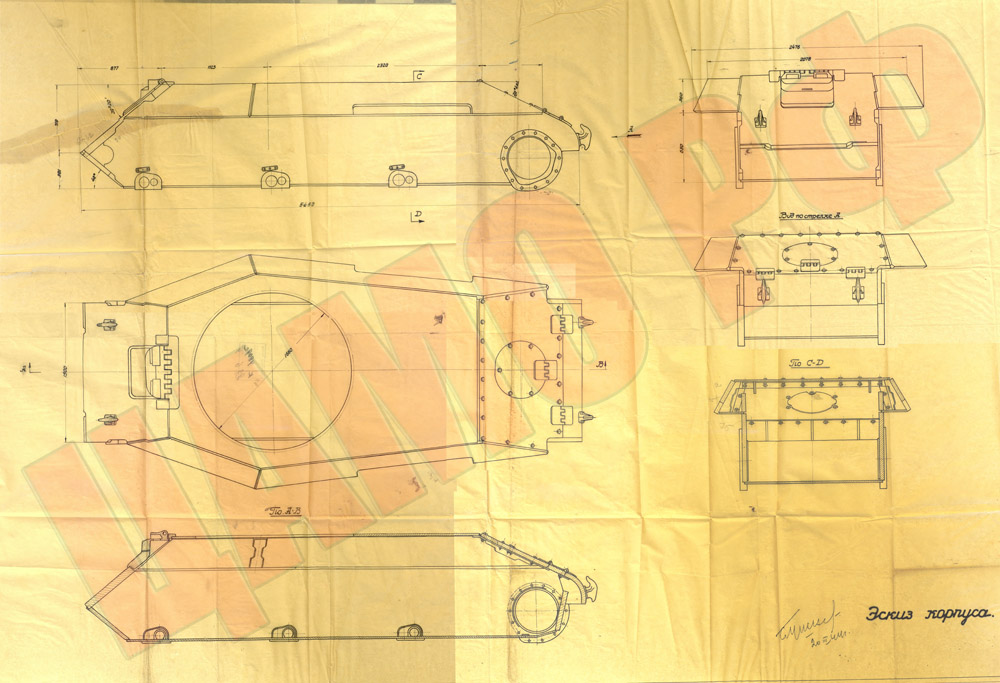 So, basically, what we have here is a somewhat worse “light” version of the T-44, called “LTTB” (legkij tank tyazhelnogo bronirovanya – “light tank with heavy armor”) – a 400hp engine, massive frontal armor (yet completely insufficient for battletier 10-11-12), cca 22 tons (18 hp/t), a tier 6 or so 85mm gun. What I think they will do is they will invent a WG-made turret, uparmor and the (barely historical as it is) hull, give it a bigger unhistorical gun (D-10T?), a bigger (unhistorical) engine (600-700hp) and in the end, what we will get is a heavily armored scout with a mediocre gun and meh mobility, very loosely based on the original concept. That’s going to be fun. Of course, this is just a speculation, Wargaming might surprise us with something new.

Oh, and did I mention there will be no Soviet LT7? That means the MT-25 branch will apparently still end with MT-25 and whatever will the LT8 be starting from god knows where (the LTTB historically it doesn’t fit anywhere, neither does the Object).

I sense this is going to end “well”…