Warning, this post contains stronk drama, if you are here for news/serious info, you might want to skip it.

you asked for it, you waited for it and here it is. Today’s Hall of Shame will be a bit more “structured” than it was before. Don’t worry, there will be plenty of random retardness, but I do feel there are two very special cases I have to point out.

For those new people, who do not know what Hall of Shame is – it’s a special place for very “special” people, based on the fact that no matter how angry you get in the game, no matter how terribly your teammates are playing, no matter if they get you killed – some things you don’t simply say, regardless of circumstances. It’s actually quite difficult to get into Hall of Shame (I refuse roughly 75 percent of posts sent to me as “usual rage”) – very roughly, there are three main categories that appear here:

- cancer wishers (nope, that’s not funny, as anyone with this issue in family can tell you)
- anti-semites, nazis and racists (I don’t care what the player did to you, “die you cancer jew” is never acceptable)
- death threats and other miscellaneous very offensive/retarded stuff

Let’s get on with it then.

First very special case – yes, you got it, EFE

Honestly, in my time playing World of Tanks, I have never seen any other clan (not even the old Exnom) get anywhere close to the amount of reports these guys been having. Those of you, who follow stronk drama might remember the Bad Apples and its aftermath. The Best of EFE is here:

Matt1, the “hero” who started it 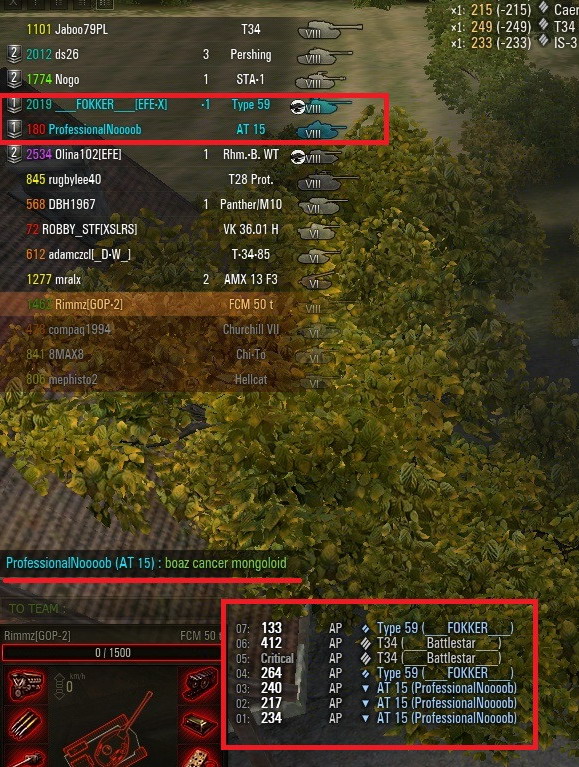 This guy is a deputy commander of EFE… 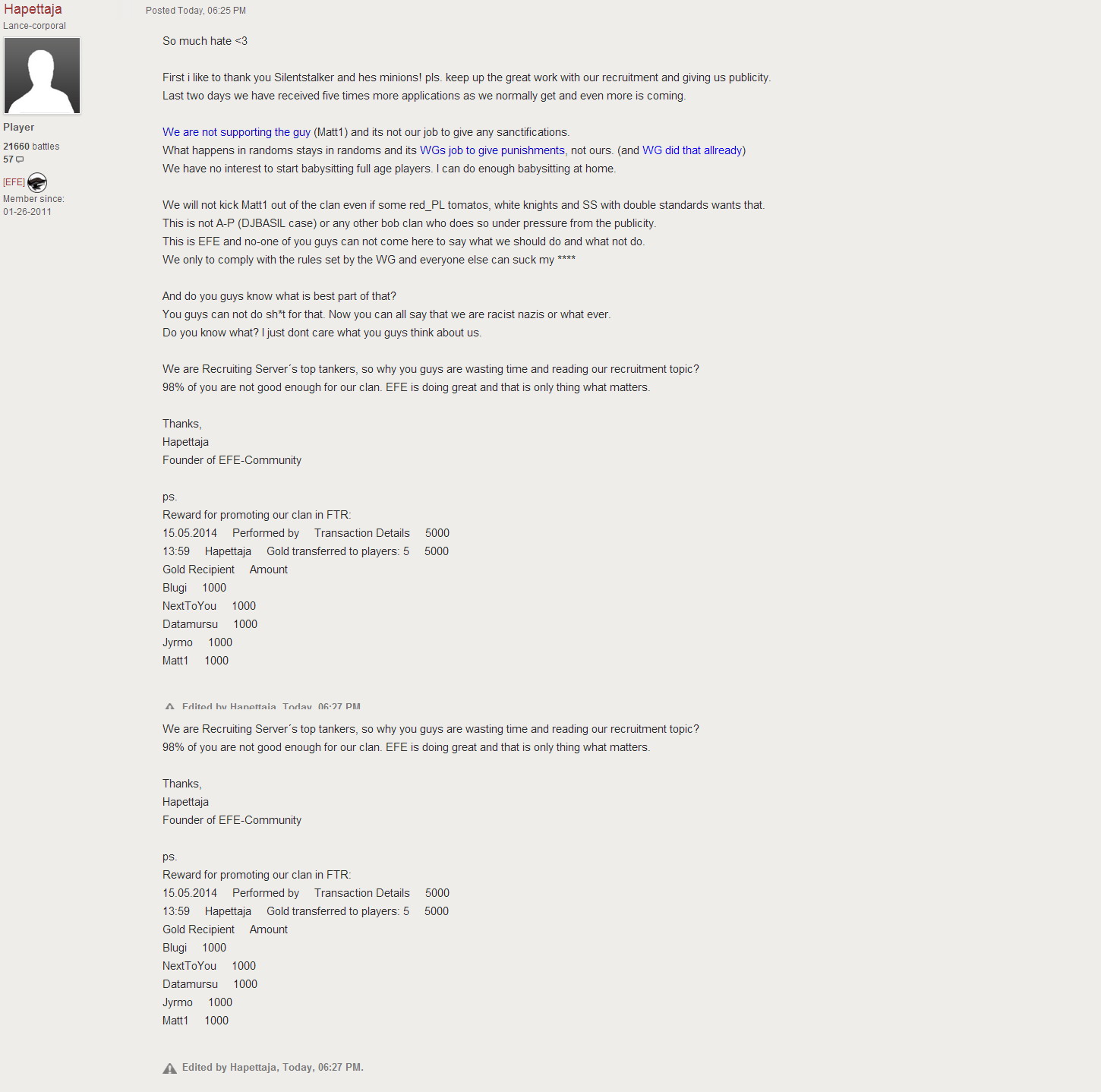 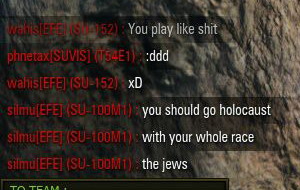 And this guy has the “whole package” – cancer, holocaust, you name it.

And here is some fine choice of decoration of EFE teamspeak, screenies courtesy of an EFE ex-member 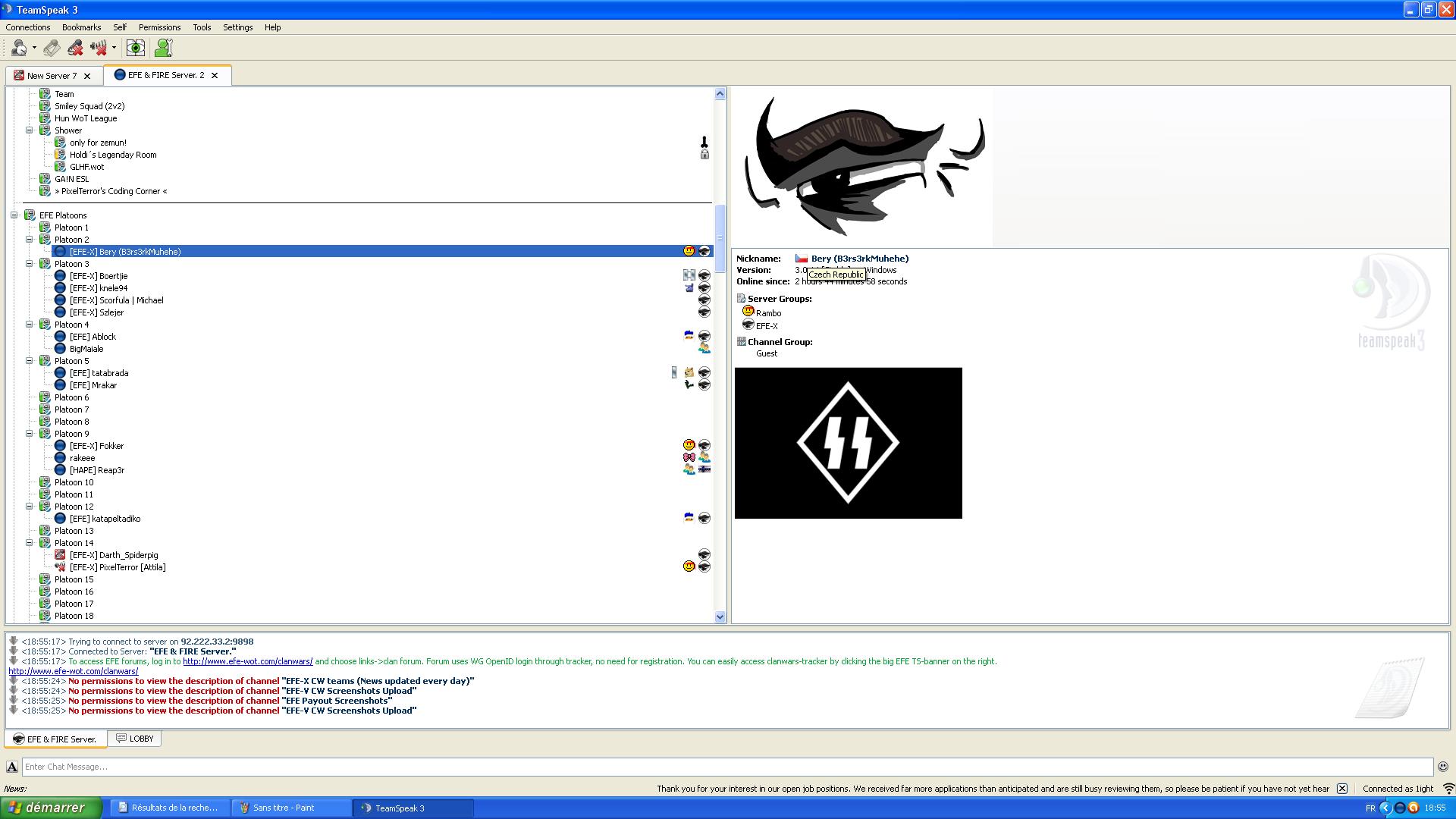 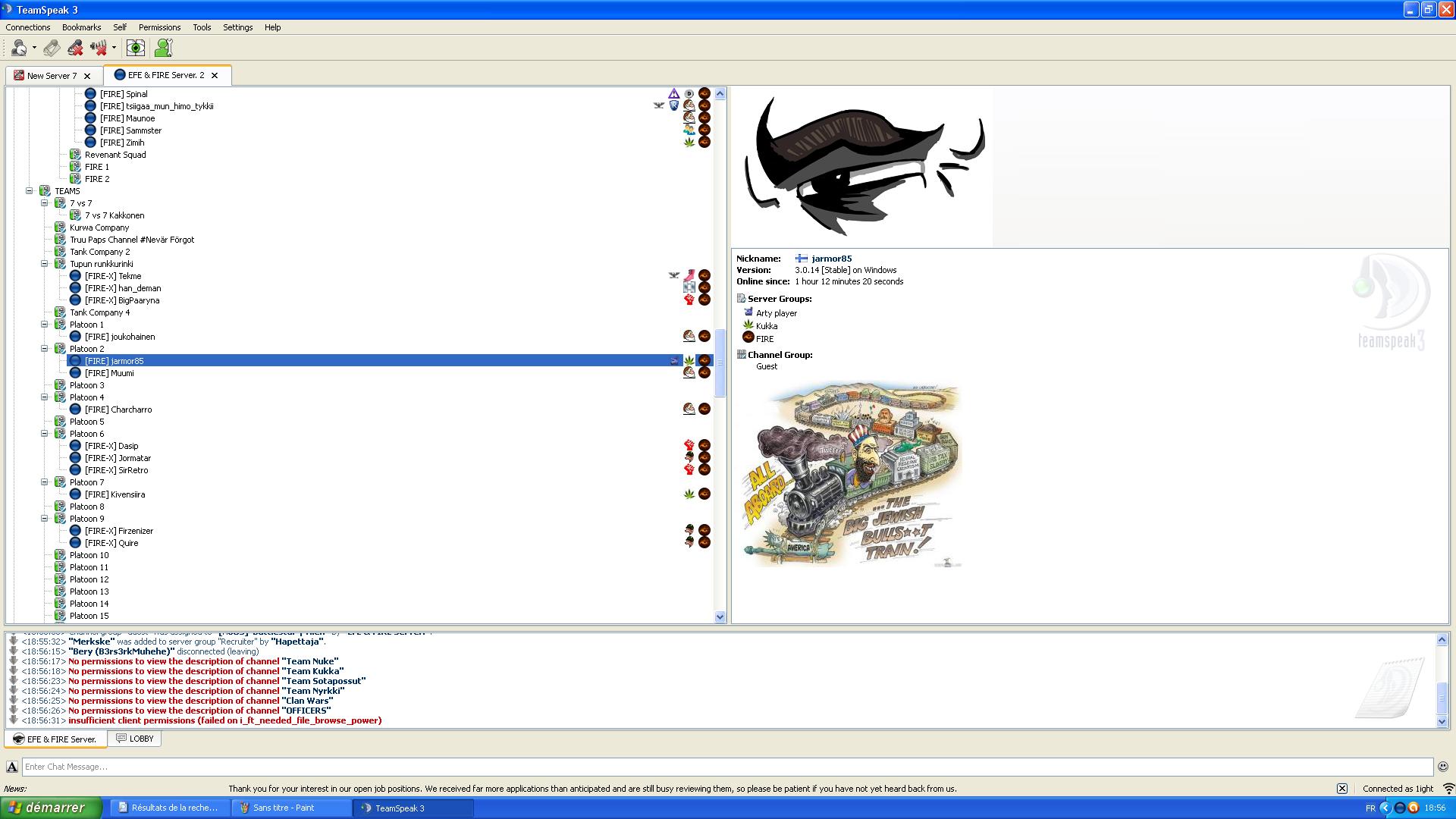 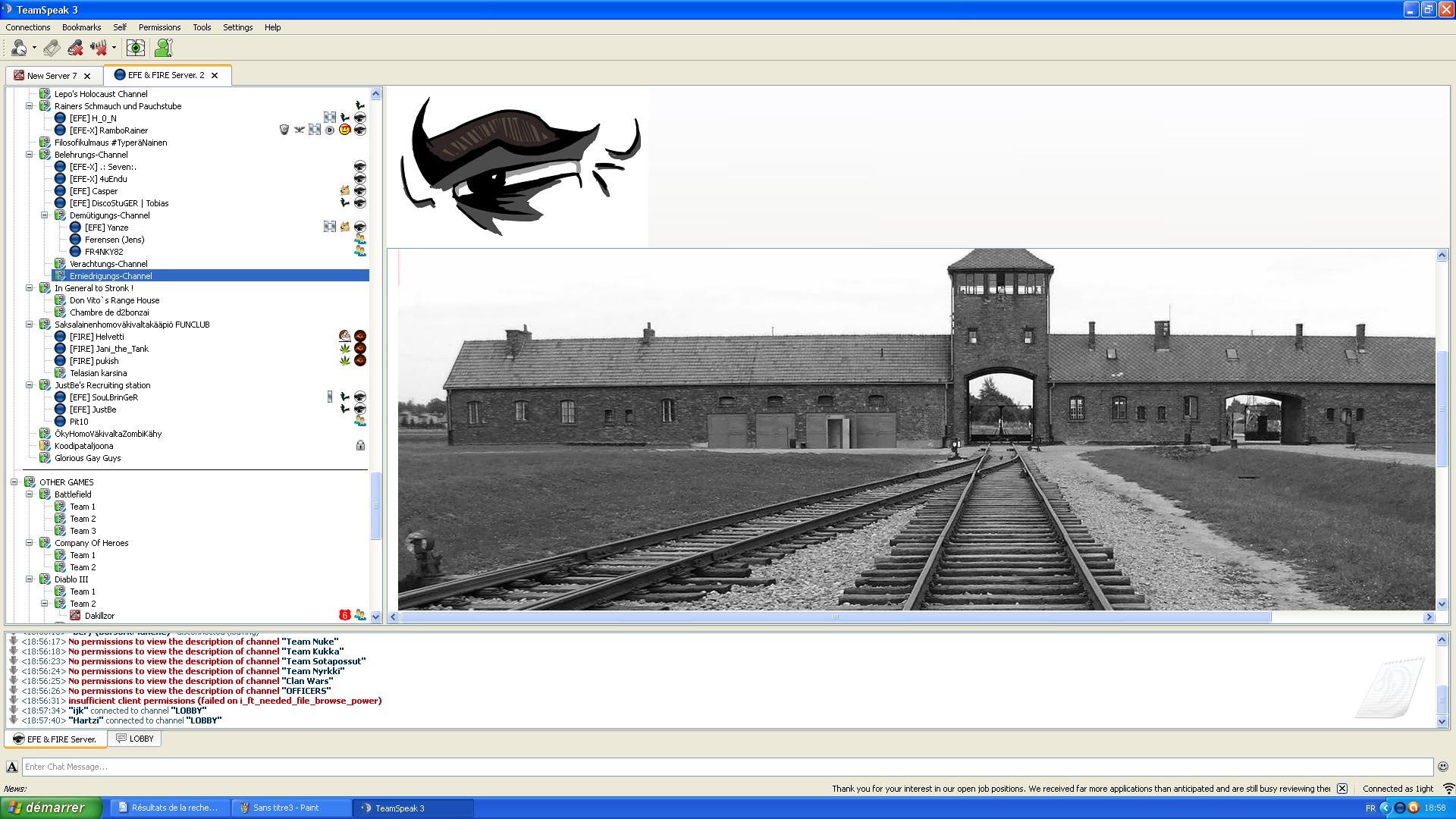 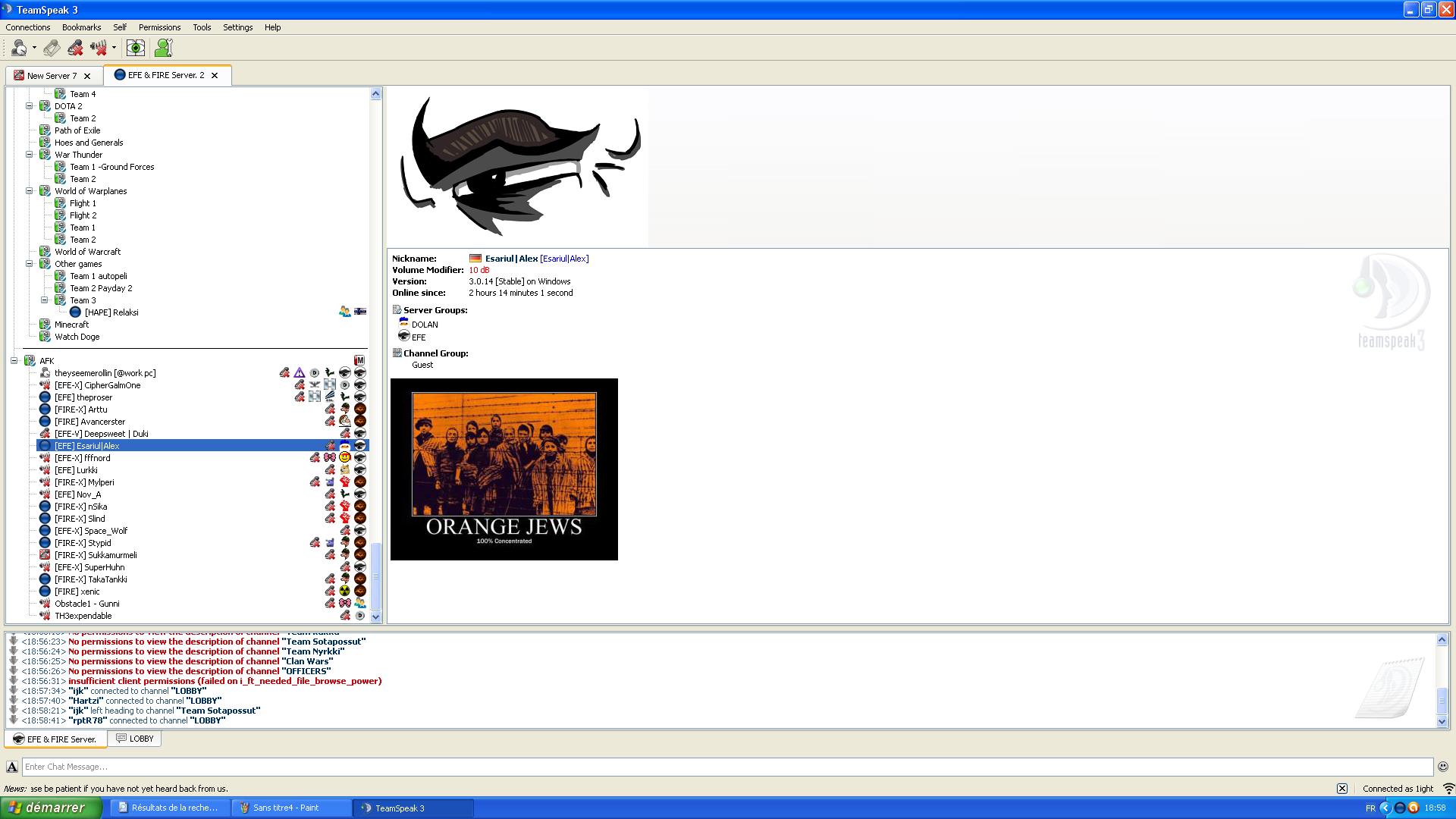 I am not the only person, who does not consider the above as unacceptable. EFE is infamous for their behavior, as well as the fact that they don’t care (for guys that don’t care, they sure ran the “Bad apples” post rage long enough). EFE clan is also very “popular”, even amongst other unicum players. A player, who did not want to be named, contacted me with a request that he is actually willing to sponsor an EFE teamkilling competition. We are hammering the details out, but the basic idea is that if you teamkill an EFE member in random battles, you might be rewarded. The exact conditions are unknown still, but if such a thing happens and you have a replay, you better save it from now on. I am still not 100 percent sure I will proceed with this, but at this point I am very inclined to.

On more personal note… you know, this all could have been avoided, including the “Bad apples” rage. Matt1 could have just apologized – but no, instead, some EFE members decided it would be better to show the “I don’t give a fuck” attitude – well, okay, I can work with that too. As I said, I have never seen this level of arrogance before, even the previously problematic Exnom clan reformed.

Oldschool is known mod maker, but he is also a former Hall of Shame member:

This time however, he did outdo himself in his platoon with Haetzer:

For this vile outburst (and by FAR not the only one, he seems to routinely start his battle with FUCK POLAKS, from what could be seen on his streams), both deserve their place in Hall of Shame. But wait – it gets better. See that threat above with a ban? That’s not just a very random outburst, because our dear Oldskool here is very friendly with a certain German moderator (his name starts with “N” – and I forgot it).

How do I know? Because Oldskool is a convicted cheater as well. During one of his streams, he was using a “bush remover” mod (as illegal as it gets). Unfortunately, he is not stupid enough to keep the footage online, but Stormshadow managed to capture a screenie of the stream of a place where there are supposed to be bushes in the view – but there are none: 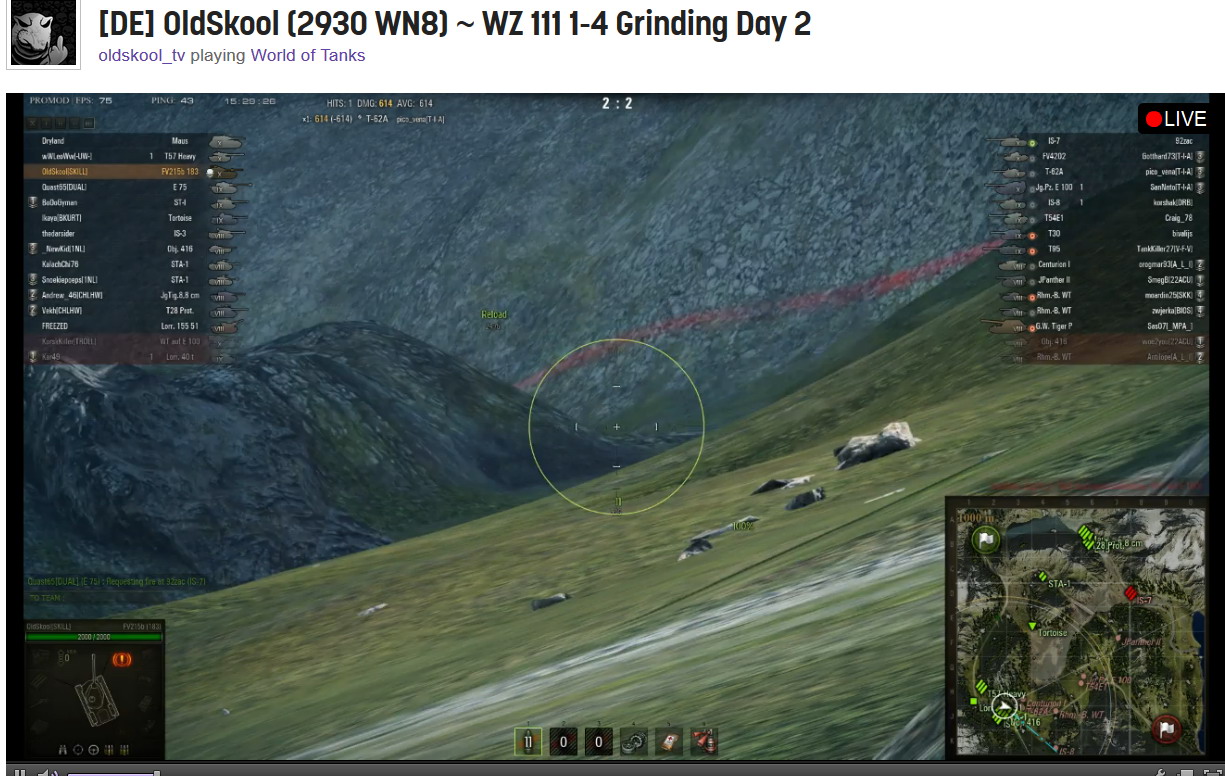 This incident is confirmed by Xensation from EU server, who explains it thus, speaking in Oldskool’s defence (source – chat under another FTR post): 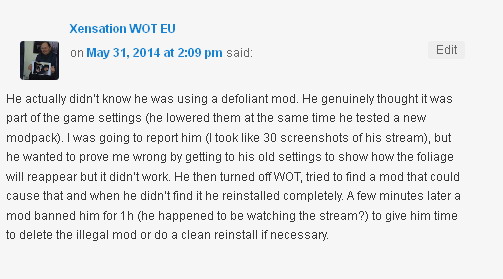 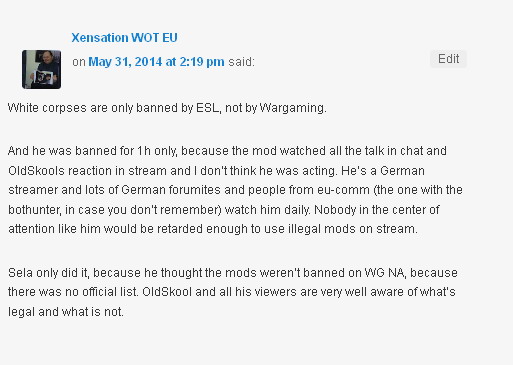 Well… 1 hour for an illegal mod? Didn’t that other streamer get banned for a week or so? And a mod maker not knowing he is using illegal mod? It all sounds pretty weird to me, but I will let you make your own mind about that. If he doesn’t know what is legal and what is not, I also wonder if his modpack is “kosher”… Either way, I got some nice greetings from him, thank you :) (that SUPPORT ME!!!! in connection with the above made me smile as well). 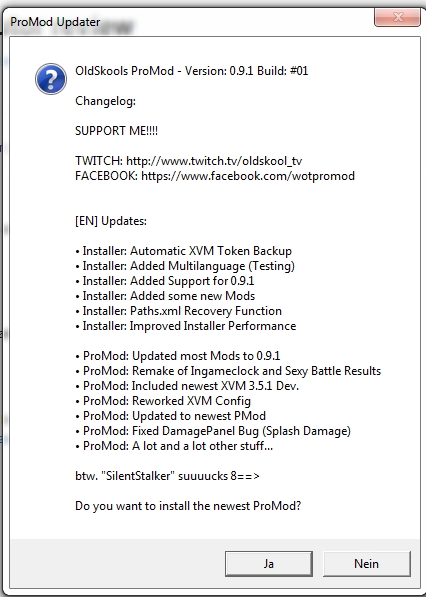 Anyway, let’s finish with various assortment of idiots, ragers and other scum, as usual :)

Some of the nastiest Czech rage I have ever seen (wishing cancer to your mother, threats etc.) 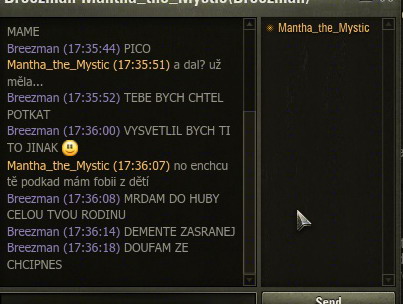 S3AL clan appears to have some rotten apples as well. Especially this lipt0n guy is totally mental… such vile rage deserves a honorary spot in Hall of Shame! 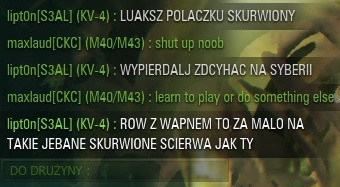 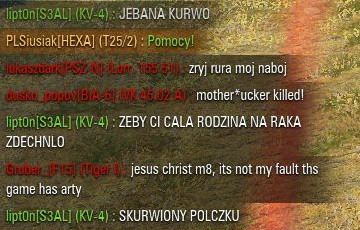 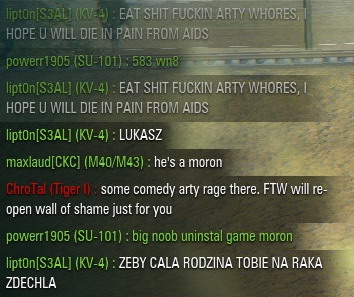 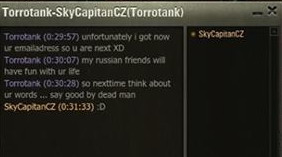 And this “Kommandant” doesn’t like being reported by “jews”

And this guy is apparently “above the law”:

Do I even want to know what “homobukkake” is? 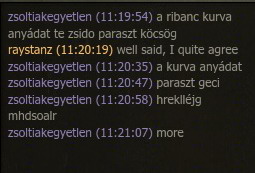 Moving on to miscellaneous again… 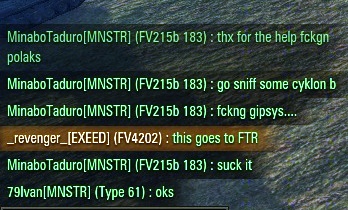 Regarding the above, it kinda made me giggle… dunno why. 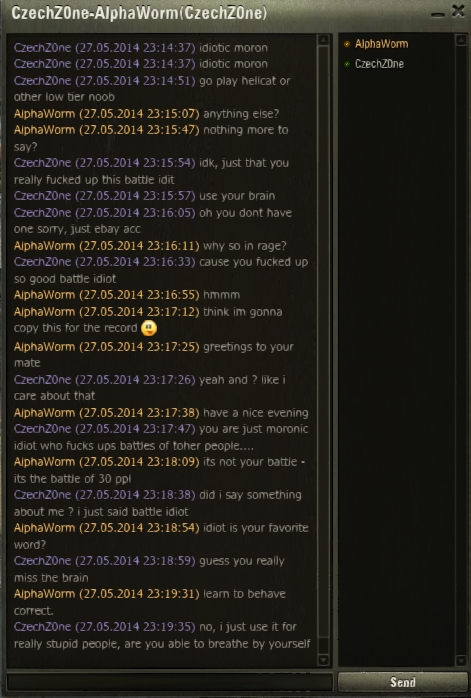 And this is from my personal collection…

To finish with something lighter… this is what happens when you name your account “THIS_IS_SIEMKAAAA…..” :) 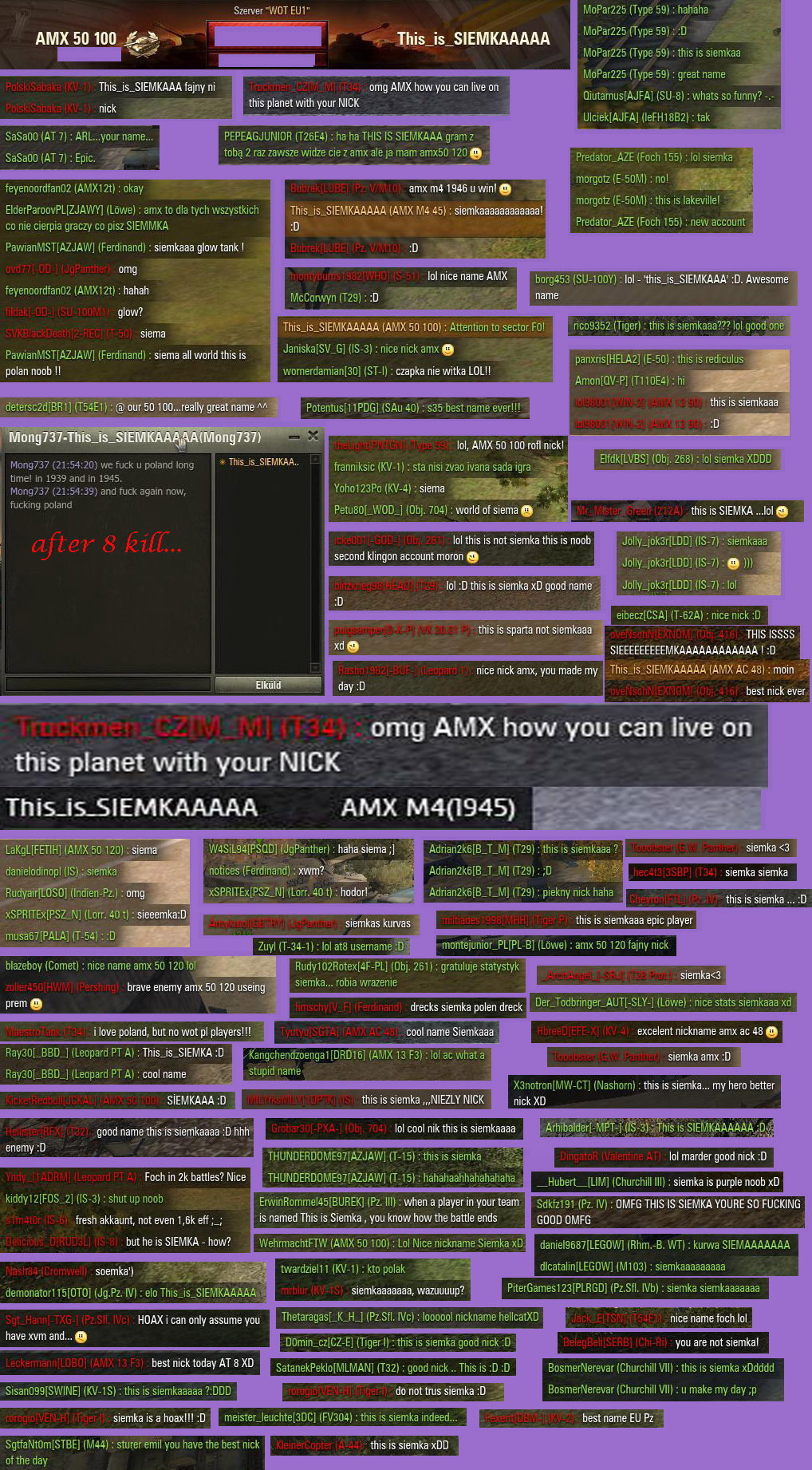 228 thoughts on “Hall of Shame Returns”