Recently, Russian servers were suffering from a large amount of breakdowns. According to Evilly, it’s not directly connected to the game patches though, so hopefully, it will not appear on EU and US servers.

- there is a chance (but no direct plan yet) of the IS-3 BL-9 being removed and replaced by a historical gun (D-25TA) of equal firepower
- the next non-regular tank to be implemented is apparently the T-34-85M
- Doppelrohrkasemattpanzer introduction is not likely at this moment, but it’s not completely out of question apparently

(SS: if you are wondering what that is – this, without the 120mm of course, there was apparently a 105mm version) 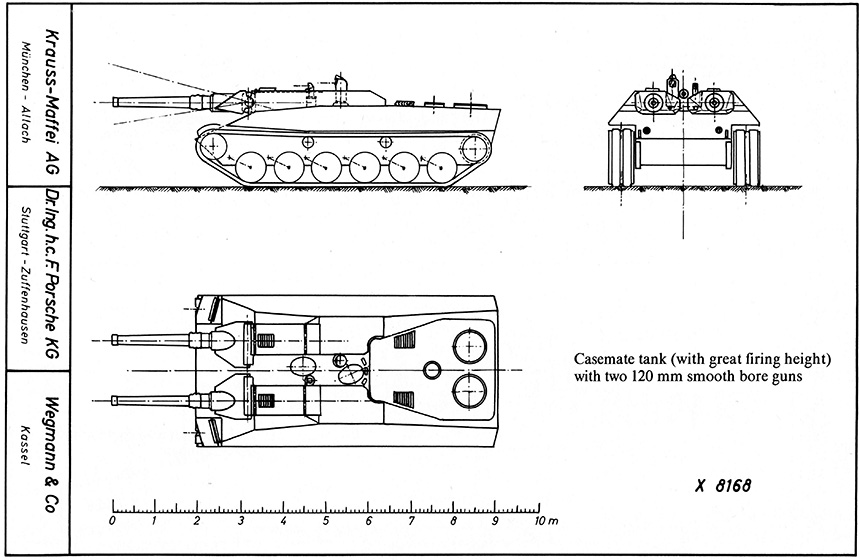 - if the info about Leopard Prototype B having a 90mm gun is confirmed, it is possible it will appear in the game as a premium tank
- currently (!), there are no plans to introduce dedicated AA vehicles
- currently there are no actual plans to replace the AFK Panther with something else, there is however a possibility and a candidate
- T18 is considered to be replaced with something else in very distant future
- it’s possible HESH shells mechanism will get reworked, possibly by adding massive normalization to it (SS: as in 60 degrees or even more, in effect the HESH shells will always impact under favourable angle, simulating the fact that the round is actually more effective against sloped surfaces than against vertical ones)
- there was apparently a project to mount “Blacker Bombard” on a Sherman. It will not be implemented.