ever heard about Neubaufahrzeug? Well, in case you haven’t, it’s a pre-war German medium/heavy tank, that was actually used during the invasion of Norway by the Germans. In case you are interested in its detailed history, I wrote about it here (just scroll down a bit).

Neubaufahrzeug (Nbfz) was also at one point intended to be a tier 3 German premium heavy tank. The first mention of this vehicle (in the game) came in October 2013 with the 8.9 ASAP video, where it was “accidentally” shown as having a place in the tree: 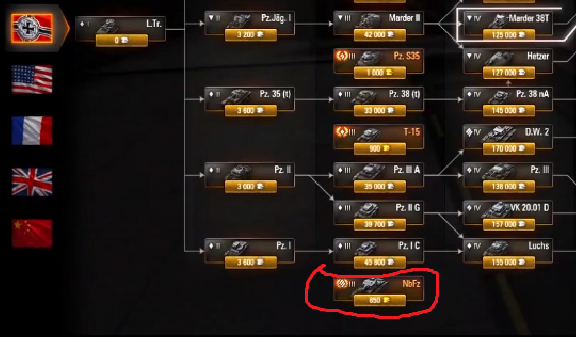 Ever since, players have been asking, what happened to it – well, for some time at least, after some months, it was forgotten. It was never apparently implemented due to the fact it carried more than one gun and became the victim of “no multigun mechanism” issue. An interesting thing though: apart from the mention in the tree, a model seems to have existed as well.

This is actually a Krupp version of the Nbfz, the Rheinmetall one was kinda different. Unfortunately, the chance of seeing this tank before the multigun mechanism is implemented is quite low.