In this part, we’ll take a look at how could the low tier Hungarian tank destroyers, such as the Nimród, the Toldi tank destroyer and the Zrínyi be implemented into WoT. Everything is the same as in previous articles: I will try not to predict game parameters (health points or alpha damage) and the balance parameters (radiorange, RoF, etc.) would not necessarely be implemented as I listed them below.

Please note that these are only the historical characteristics, the would be implemented tanks could get unhistorical stuff as a last resort, if the game balance requires it. 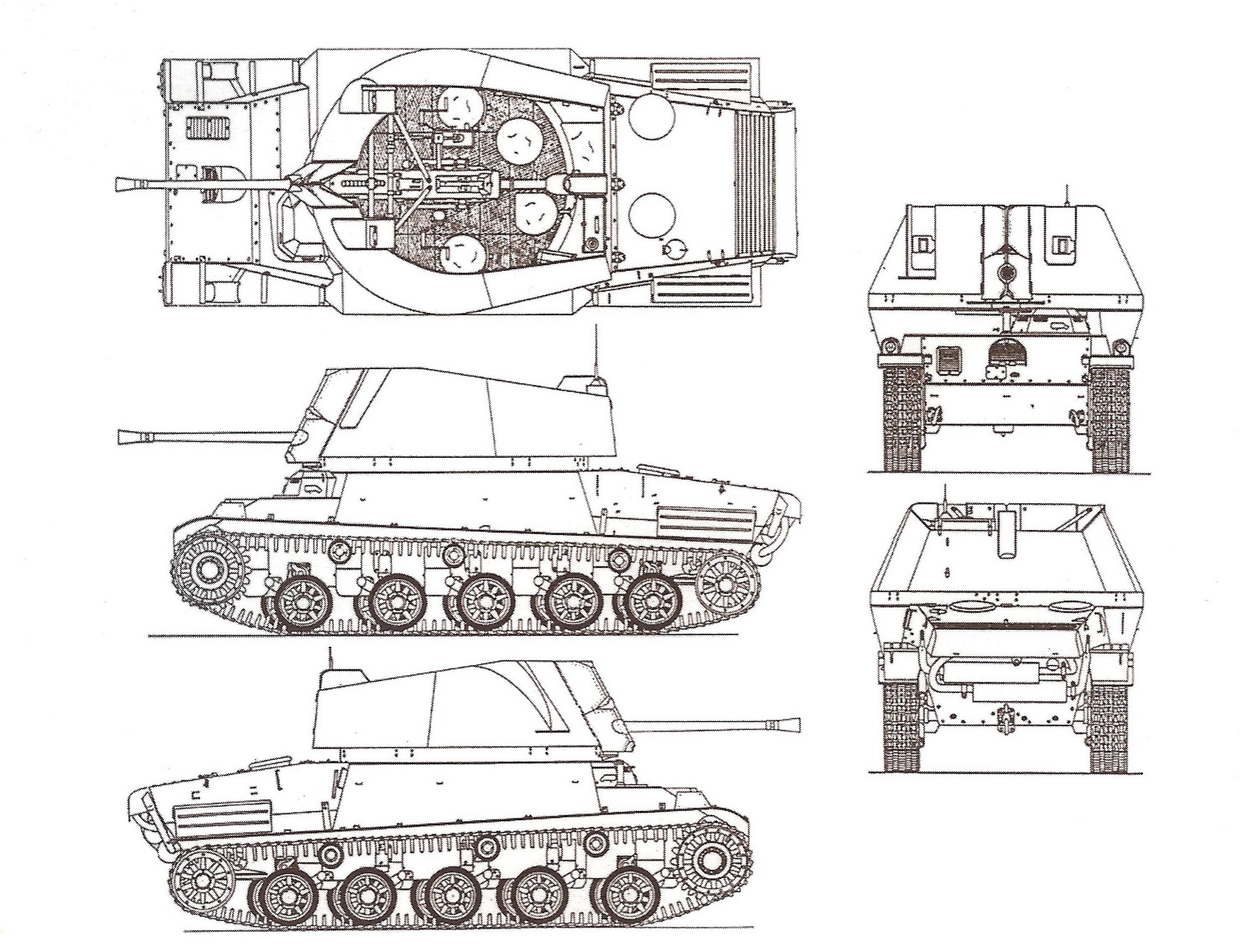 Possible vehicle description:
Self-propelled anti-air and anti-tank autocannon, based on the Swedish Landsverk L-62. In total, 135 36/40M. Nimród vehicles were manufactured between 1940-1941 by the MÁVAG factory. At the early stage of the Second World War, these vehicles were used in anti-tank role as well, not just as mobile anti-air support units. However, after 1942, because of their insufficient firepower against the newer Soviet medium tanks, the Nimróds were moved from the Armored Corps to the Anti-Air Battalion and rarely fought against ground targets from that point onward.

History:
You can read about the history of the Nimród here: http://ftr.wot-news.com/2014/01/20/hung … estroyers/ Note that the “In World of Tanks” paragraph of that article is obsolete.

Could be researched from the L-62, Swedish tier 2 tank destroyer candidate too. Could participate in the upcoming Historical Battle mode.

The first experimental L-62 arrived from Sweden with a modified hull (same as the later Nimród hull), but with the original, smaller L-62 turret. Later this turret was enlarged to give enough space and protection for the desired extra crew member. However, I assume this difference between the capacity of the two turrets probably will not be modelled in the game and the stock Nimród will have 6 crew members too. 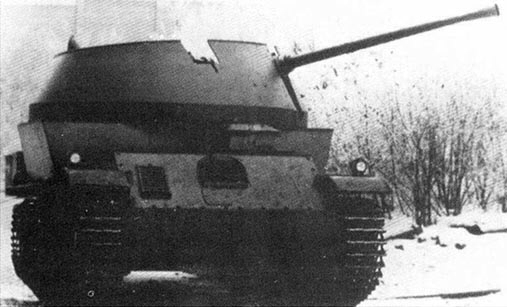 The 40mm DIMÁVAG-Bofors gun on this TD is very similar to the top gun of the in-game tier 3 British Cruiser Mk. IV and the tier 4 Covenanter, the QF 40 mm Mk. VI Bofors. Therefore, its performance in the game would be very similar to it too. In my opinion, even though the Nimród would get a tier 4 autocannon and a fully rotating turret at tier 2, it would be not overpowered. Its technically nonexistent armor – a tier 1 tank could penetrate 13mm armor, even with HE ammo! – and mediocre mobility, plus the probably below-average camo rating would compensate for the outstanding armament.

The Ganz VIII. VGT 107 is practically the unmodified, license-built version of the Büssing engine, that’s why they have the same power output.

In the real life, thanks to the unique steering system of the original Swedish L-62 – the vehicle was controlled through a steering wheel instead of levers – the Nimród was unable to turn on the spot, “on its heels”, like most of the tanks, because it was unable to completely stop the track of one side while turning. The narrowest turning radius was 5 meters, but I doubt that this will be modelled in the game, it would make the driving of the Nimród very difficult for an inexperienced player.

Pros:
- Fully rotating turret
- Tier 4 gun with decent penetration
- Autoloader with 4 round clip
- With luck, it could destroy even a tier 3 tank with one clip (if we assume 50-ish alpha damage x 4 rounds)
- High historical RoF
- +90° gun elevation

Possible vehicle description
In August 1943, the Ganz factory assembled this tank destroyer on the chassis of a Toldi I light tank, based on the experiments with German Marder II. Only one prototype was made and the design never entered mass production.

Not much to say. It’ll be a faster and more mobile Marder II on different suspension with a little bit less ammo. It’ll probably get the same vertical and horizontal gun arc as the Marder II. If you like to play with the in-game Marder II, you’ll probably like the Toldi TD too.

Could be researched from the tier 2 Toldi I light tank as well.

Same problem with the turning as on the Toldi I light tank and the Nimród tank destroyer. 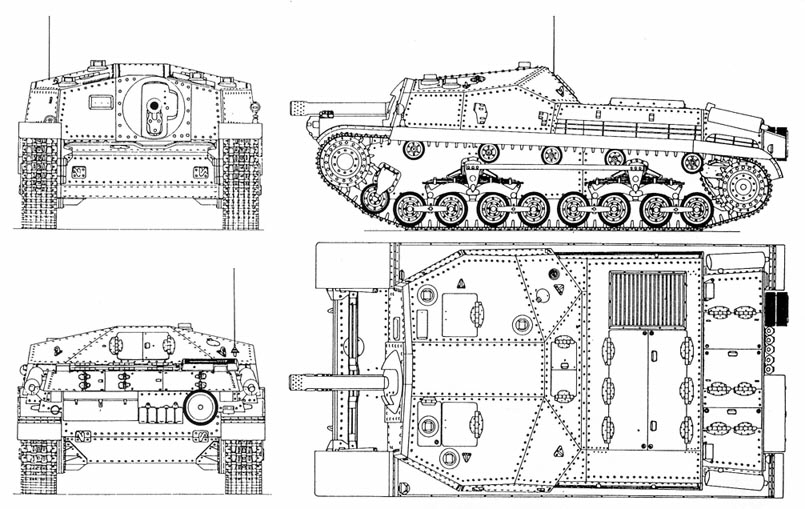 Possible vehicle description:
The 40/43M. Zrínyi II assault howitzer entered service in 1943 and became one of the most successful Hungarian armor designs during the World War II. Approximately 71 Zrínyi IIs were manufactured.  Along with the assault howitzer, an anti-tank assault gun version was designed as well. The original plan was to build the Zrínyi I and II in 2:1 ratio, but because of the slow development of the required 75mm gun, only one prototype 44M. Zrínyi I assault gun was made before the end of the war.

History:
You can read about the history of the Zrínyi II assault howitzer and Zrínyi I tank destroyer here: http://ftr.wot-news.com/2014/02/17/4043 … ault-guns/ Note that the “In World of Tanks” paragraph of that article is obsolete. 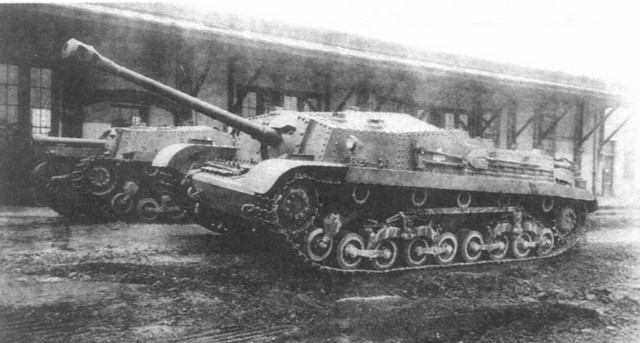 Above: The only ever built Zrínyi I assault gun with a Zrínyi II on the background

The only difference between the two Zrínyi variants were their weight, the guns, and the shape of their gun mantlets. Everything else were the same.

The vehicle was named after the famous Hungarian-Croatian nobleman and general, Miklós Zrínyi (Nikola Šubić Zrinski), who died a hero’s death during the Battle of Szigetvár in 1566 against the Ottoman Turks.

Could be researched from the tier 4 Turán medium tank too.

Some sources incorrectly states that the Zrínyi I had 100mm frontal armor. That is not true, it had the same 75mm thick armor as the Zrínyi II. This wrong data could come from misreading, because with the 25mm thick gun shield, both Zrínyi variants had 100mm (25+75mm) thick armor around the gun. Zrínyi II recieved side-skirts in the war, so these additional side armor plates could be added to the in-game tank too.

This TD would probably have similar play style as the in-game StuG III Ausf. B and the Hetzer, the tier 4 German tank destroyers, because the gun selection (short 105mm and 75mm gun) is fairly similar. To compare: presumably better camo, thicker, but unsloped armor, similar gun selection, with worse mobility than on the above mentioned German TDs.

Could participate in the upcoming Historical Battle mode with the 105mm howitzer.

This TD lacks the necessary strong but historical armament, to put it to tier 5.

Pros:
- Low profile, even lower than on the Hetzer or the StuG III, thus excellent camo
- Choice between 105mm “derp” and a decent 75mm gun
- Above average front armor (75mm unsloped and 75+25mm spaced armor around the gun)
- Decent gun depression

The rest, little bit more problematic vehicles of the Hungarian tank destroyer branch will be described in the next part.