something very strange happened recently. Ever heard of Jove? He’s basically a Russian version of Quickybaby – a Wargaming-friendly videomaker/streamer, who gets promoted and has access to exclusive stuff (testing various not-yet-released tanks and such).

Oddly enough, today, Jove got bitchslapped with a copyright claim from Wargaming for publishing content (making a video), that was leaked earlier on various Russian sites and communities (world-of-ru, Wotleaks, FTA and others) – specifically it was the part about the Individual Missions. 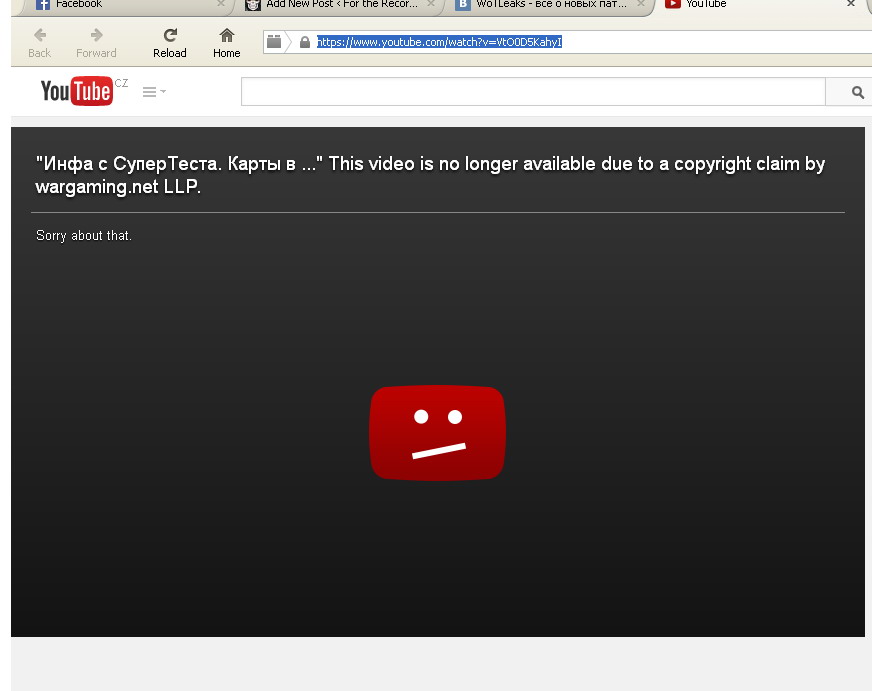 Not quite sure why they did that – I mean, the info was out there anyway and supertest leaks are actually tolerated simply because there’s no real way how to stop them without completely changing the system (which, in the middle of production, would likely not go well). A futile gesture, that will not stop the info from being spread, but will certainly annoy Jove (I know I was actually annoyed when they took down the WoWs leak on my channel, I had to watch this stupid anti-piracy video – how terrible, but serves me right (for failing to recognize WoWs leaks are not taken as lightly as WoT ones)). So, my sympathies, Jove.

So, what exactly does Wargaming not want you to see? You can read it here.