today, we’ll have a look at one of the more controversial, yet also more interesting designs the Germans produced. Please note that Zarax is the author and the overseer of the project, while the drawings and calculations have been made by Silentstalker.

END_OF_DOCUMENT_TOKEN_TO_BE_REPLACED

Just back from that wonderful city, I had the chance to visit the Belgian Army Museum of Military History.

Although some expositions were under renovation (unfortunately both the WWI section and most of their tanks), it was still a pretty interesting tour and I couldn’t resist taking some pictures and sharing with you guys.

END_OF_DOCUMENT_TOKEN_TO_BE_REPLACED

I’ve already received quite a few questions, so now I will try my best to reply to all of them.
Some of your questions (like for example one regarding the AMX30) were quite a bit away from my field of expertise so I’m afraid I couldn’t cover all of them.

Here’s an excerpt of the most interesting questions:

Q: Why did Ferdinand have two loaders?

A: This was done mostly because they could afford the space in the big case-mate. Two loaders could be also faster in accessing ammo stored further away from the gun and this was probably done also because there were some plans to install a 22cm captured french howitzer, which meant some very heavy ammunition.

END_OF_DOCUMENT_TOKEN_TO_BE_REPLACED

As my usual style of technical article sometimes turns too time consuming to read for some, I’ve decided to try a new format.
This time, I will collect any kind of technical question about german tanks and answer in the next article in order to provide proper feedback.

- All questions should be sent to zarax999@gmail.com
- I will answer only on technical data abut german tank projects as battlefield performance and reports are not my field and tends to cause controversy
- I will try my best to provide an accurate source to all my answers so if you’re interested you can get books yourself
- I have a job and my free time is not unlimited, I will try my best to answer everything but some material requires a lot more searching than it appears.

Looking forward to your questions!

The famous Tiger tank wasn’t created in a day.

Its roots can be traced back to January 1937, when Wa Pruef 6 asked Henschel to develop designs for a 30 ton tank armed with a 7,5cm cannon.

END_OF_DOCUMENT_TOKEN_TO_BE_REPLACED

After having talked about the Sturmpanzer E-75, we will now take a further look to the E-Series using data from “Waffend und Geheimwaffen des deutschen Heeres 1933-1945″ by Fritz Hahn.

The translation has been done mostly by Google Translator with later adjustment by hand so please bear with me any mistakes.

While the author did not participate in tank development, he worked on the V2 project and claims to have had access to the original papers of tank designs during WW2.
Some stuff has likely to be taken with a grain of salt and I will try to compare passages with Spielberger where possible.

END_OF_DOCUMENT_TOKEN_TO_BE_REPLACED

Today we will try to shed some light on one of the most mysterious german paper panzers, an assault gun based on the E-75 chassis.
A project with such little detail that is often dismissed as modeler kit bash, the stug E-75 is possibly the most elusive E-series project discussed by Ernst Kniepkamp’s team.

END_OF_DOCUMENT_TOKEN_TO_BE_REPLACED

Sturmtiger is not exactly in game yet, but the model has been put as an easter egg: 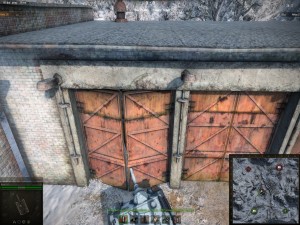 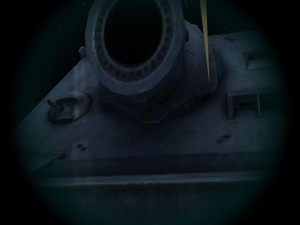 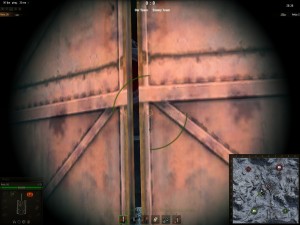 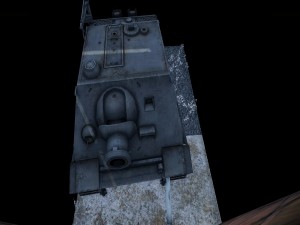