Silentstalker: Hello everyone. Quite some time ago, I started (but never finished) the series on Hungarian armor. Karika will now continue where I finished. Enjoy!

In 1941, before the first Turán I has arrived to the troops, it became clear that their protection and 40mm gun were already insufficient in tank versus tank combats against most of the enemy armoured vehicles, like the new Soviet medium tanks. That gun just couldn’t penetrate the sloped frontal armor of the T-34 and struggled even against its side, not the mention the thick armor of the KV series of heavy tanks – that’s why the Hungarian crew gave the “Borsóvető” (“pea shooter”) mocking name to the main gun of the Turán I.

A model of a Turán II 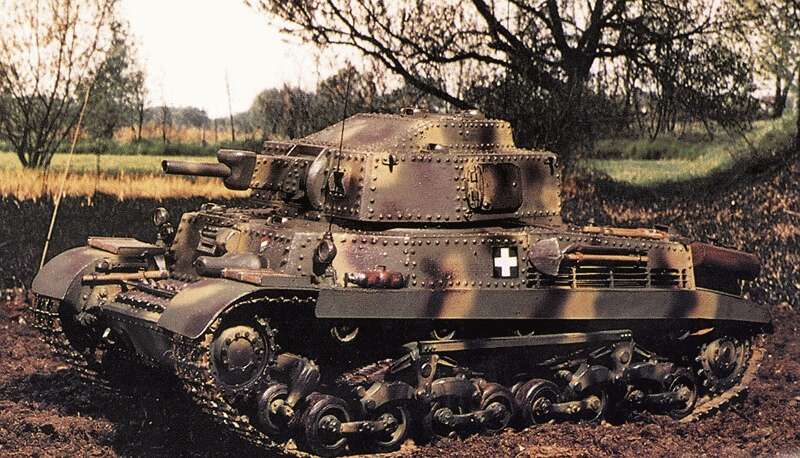 So, in the summer of 1942, when the first Turán I medium tanks arrived to the troops, the Hungarian Military Leaderboard (VKF) changed the order of the second series of Turáns: 55 more Turán were ordered with the original 40mm gun (49 were assembled before the end of the war) and another 205 vehicles were ordered from the Hungarian factories with a new 75mm anti-tank gun, capable of penetrating at least 50 mm of armour. But to make it into service as soon as possible, the VKF wanted it to be carried by a new tank on the basis of the Turán, with the same turret ring diameter, minimally changed turret and with unchanged engine, suspension, undercarriage or armour thickness.

This meant that this 75mm gun had to be designed with a short barrel, that doesn’t have high muzzle velocity or high penetration value. This however resulted in the the short 75mm gun having only slightly better penetration attributes than the 40mm gun, so, after all, this solution didn’t really resolve the problem of the insufficient firepower of the 40mm gun. However, to mount a high-performance, long barrel gun, the Hungarian engineers would have to complately redesign the turret, which would push back the already delayed development program and the Hungarian troops desperately needed a better tank at the battlefronts, so the short 75mm gun was left.

The base of the new gun was an Austro-Hungarian Monarchy era 76,6mm Böhler field gun, which was modified to caliber 75mm by the Swedish Bofors company in a very short time.

With these changes, the new 41 M. Turán II – also can be found as Turán 75 rövid (= short), Nehéz Turán (= heavy Turán) or simply just T-75 – became one ton heavier than the original Turán I, and with the same engine of it, it became slower and less maneuverable. 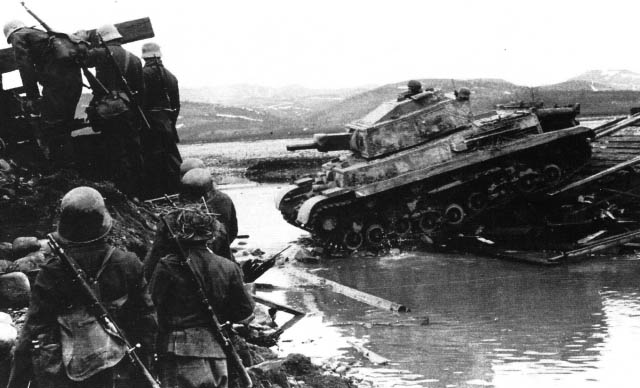 The early plans mention that the original planned secondary armament on the turret was a 12,7mm machinegun, but the trusted manufacturer, the Danuvia factory, was unable to deliver these machineguns on time, so this plan was scrapped and the same 8mm Gebauer machineguns were used as on the Turán I.

The first mass-produced 41M. Turán II heavy* tanks were handed to the troops in August 1943. In the meantime, it became clear that the short 75mm gun was not suitable for the role of a medium tank either, because the gun was only effective against the T-34s when closer than 500 meters. As the situation on the eastern front got worse, the main producing priority went to the simplier, more useful defensive vehicles, like the Zrínyi II assault howitzer. The several times amended order of Turán II (309) was reduced to 222 vehicles. After the German occupation of Hungary on 19. March 1944, the production of the Hungarian tanks became slower, then reduced only to manufacturing spare parts for the existing vehicles and after the summer of 1944, it was completely halted by the Germans. According to the remaining fragmentary data, around 182-185 Turán II tanks were assembled before this halt and a few damaged Turán I tanks were upgraded to Turán II.

*Note: The Hungarian tank terminology was a bit different than the international, because the Hungarians classified their tanks based on their gun caliber, not simply on their weight, so the Turán II with the 75mm gun was classed as a heavy tank; just like the Pz. Kpfw. V Panther in Hungarian service, or the later Turán III and Tas prototypes. However, in the international terms, the Turán II is still a medium tank. 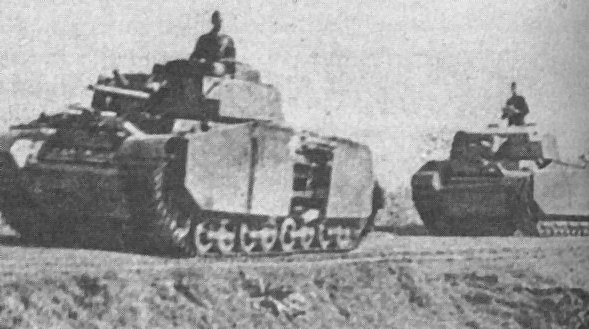 Although the early malfunctions of the prototype Turán I medium tank which were caused of the immature/unfinished design of the original Czechoslovak T-21 were mostly corrected by the mass-production of the Turán I and Turán II, few of the main problems remained:

- The transmission was oddly designed in order to make the tank easily maneuverable, and a careless or untrained driver could easily damage it. Without getting into too much detailes: the driver must use clutch between gears null-1, 1-2, 3-4 but between 2-3, 4-5 and 5-6 gears it was unnecessary to use the clutch. As you can imagine, if the driver forgot to use the clutch between gears where he had to use it, the engine could stall or the transmission could be damaged or even the whole tank could break down. That’s why the training of the Turán drivers took 4-6 months.
- Connected to the earlier problem, the most state-of-the-art part of the tank, the pneumatic steering and brake system was prone to leaking the compressed air, which could make the tank very hard to control. Later, the pneumatic system was replaced with a mechanic one.
- Thanks to this, the interiors of the tanks were really complicated, full of wires and tubes which were made the field repaires quite hard.
- The Vickers-like suspension and the undercarriage were complicated and a bit obsolete. They tended to break down or get jammed.

But, if the Turán worked, it was a very easily operable, manouverable and relatively comfortable tank, compared for example to the Russian T-34. 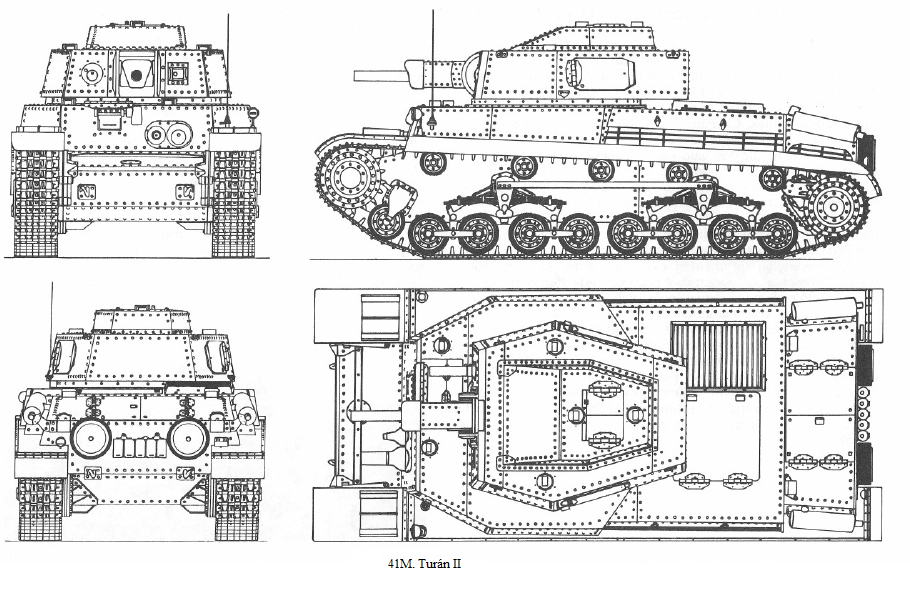 Because the Turán I and II had only 25mm thick side armor, in 1943, the Hungarian Institute of Military Science (HTI) started to examine the option to uparmor the Turán tanks with German-like additional side armour plates. The experiments showed that the additional 8mm densely perforated armour plates at 500mm distance from the side of the tank (a.k.a. side-skirts) could protect the vehicle from Soviet anti-armour rifle from any distance and could(!) help against larger caliber projectiles with not much additional weight. The Hungarian Ministry of Defence wanted to use these „side-skirts” on every Turán and Zrínyi variants, but the Hungarian ironworks and factories stated that it could be carried out only with the deadline of early 1945. In the end, the Zrínyi II assault howitzers were up-armoured first and then only a limited number of Turán I and II medium tanks got their side-skirts before the war ended for Hungary in 1944.

Because of the political situation in Hungary after the war, every Turán medium tank, together with other Hungarian-made military vehicles were branded as „remnants of the fascist era” and every remaining functioning or wrecked/destroyed tank were disassembled and scrapped, except for the Nimród self-propelled autocannon. The only survived Turán I and Turán II tanks can be found in the Kubinka Tank Museum, Russia, because the Red Army captured and tested numerous Turán tanks during and after their battles in Hungary.

Just like the case of the Toldi light tank and the Turán I medium tank, the Turán II was unfortunately a “too little, too late” case as well. The original Czechoslovak T-21 was a quite good machine (even if not the best, it was acceptable) back when it was designed, in 1938. However, when the Turán entered in service in 1942, it was already quite obsolete, because of the accelerated tank improvements both on the Axis and Allied side. The development program, which resulted in Turán II, was also a step behind compared to for example the German tank development, because of the numerous delays, and the slow development process. 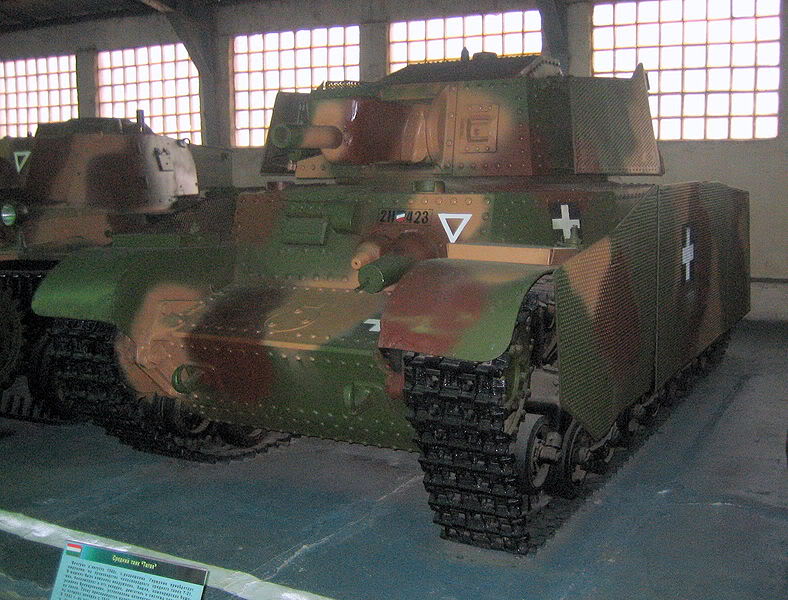 Add to that the fact that all that the troops found the Turán a very, very complicated design, that was highly prone to breaking down. Many damaged Turán tanks were replaced by German tanks, like various Pz. Kpfw III or Pz. Kpfw. IV variants on the battlefields, because at the end of the war, the Hugarian industry just couldn’t produce as many Turán tanks, since many were destroyed or broke down on the fronts. There are reports that state that the Hungarian troops destroyed numerous Soviet and Romanian armoured and mechanised units with their Turán IIs but all in all, it was far from being an excellent fighting machine.

However, do not forget that Hungary didn’t really have the time and as much resources as the above mentioned countries and the Hungarians only started their tank development program in the second half of the 1930′s. I think (without any unnecessary patriotism) that what they achieved is more than honorable.

Captured Turán II ready to transport to the Soviet Union 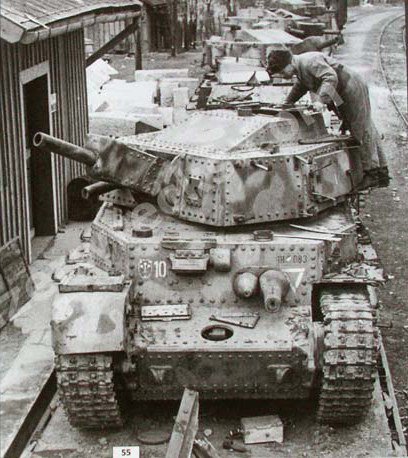 In my opinion, the Turán II should be implemented to the game as the top configuration of the tier 4 Hungarian medium tank, together with the Turán I, which should be the stock configuration, because these two vehicles only differ from each other in their main armaments and their turrets.

The in-game characteristics of the Turán I and II would be quite similar to the already in-game tier 4 German mediums, the Pz. III and the Pz. IV Ausf. D; a quick firing low caliber gun plus a short, low penetration 75mm gun, acceptable but unsloped armor and decent mobility.

As it is, many of you could argue that it would not add much to the game, but my personal opinion is that these tanks are historical, fought in the World War II, and the Hungarian playerbase (and of course players from other nations) would really like to play with these machines. I see no real reason why they should be excluded. 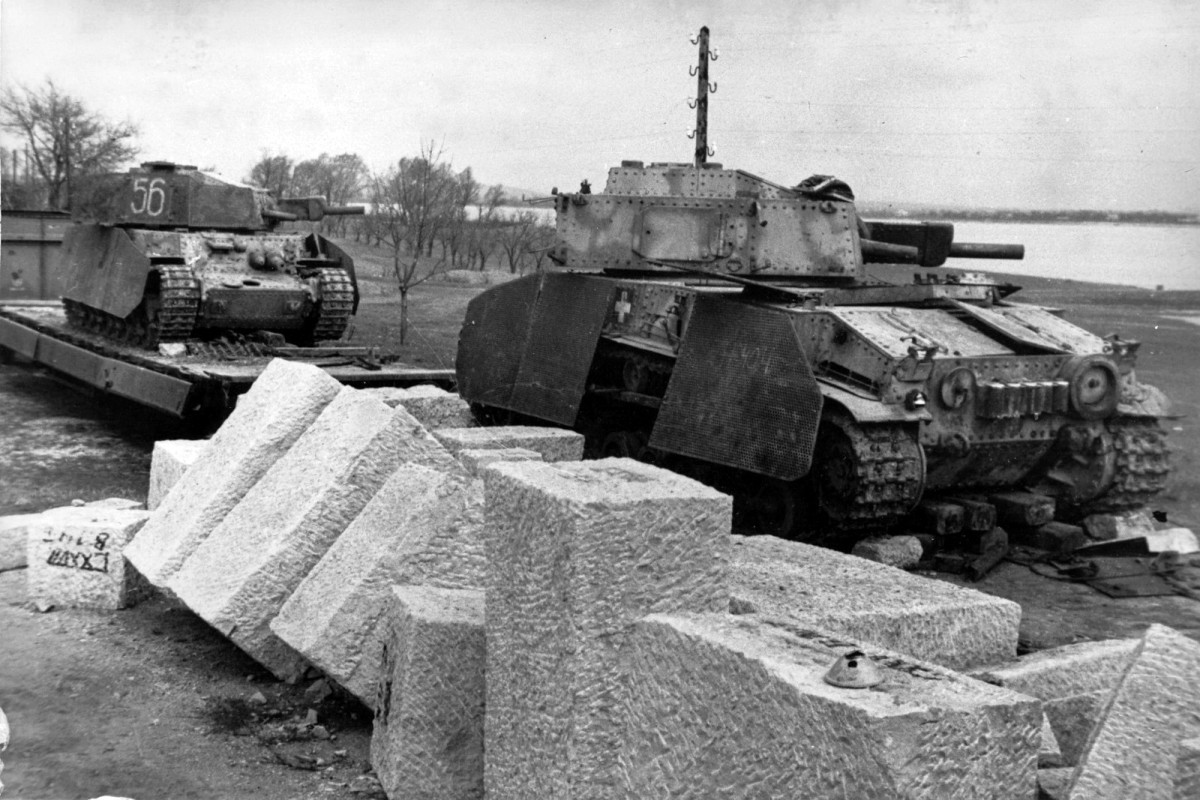