We will conclude the Project Cobra here with the armament and WoT considerations for the Cobra variants and other vehicles. So, if you have been keeping up, you may have noticed that the Cobra series of vehicles all specify one or more recoilless rifles. The choice is fairly obvious really; a lot of firepower for little weight. 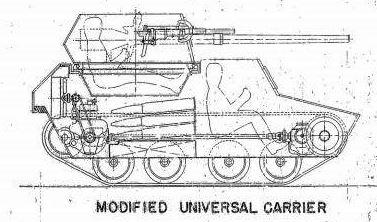 Well, it’s not quite that simple; the firepower needed was determined as being equal to the anti-armour capabilities of the 76mm T124 gun (which weighed approx. 3600kg) at a range of just over 900m. This gun appears to be the same as the 76mm gun on the current in game Tier VII Walker Bulldog, which in the game has the value of 150mm of penetration as the T91 76mm gun, but finding out a figure for 900m is harder.

The next issue is the number of guns – as you may have noticed, the number is anywhere from 1 to 4. The reason is simple: it boils down to the probability of hitting the target first time and knocking it out. Cobra was expected to enter combat with the guns all loaded and a single gun was expected to have 75% hit probability in 15 seconds against a target 2,3 m.sq. at 900 meters.

It was felt that neither the T-43 HEAT round nor the newer BAT (Battalion Anti-Tank) gun were capable at the time of offering a satisfactory probability of a hit at that range and that the Cobra could not survive return fire. In fact, it says that in the event of not achieving this success that:

“It is assumed that the enemy tank having either detected the flash of the Cobras first round or sensing the fall of shot will retaliate with its first round within about 15 seconds and fire a second accurate round in 30 seconds unless it is immobilised in the interim….if the Cobra is unsuccessful it will have about 15 seconds in which to start evasive action…” 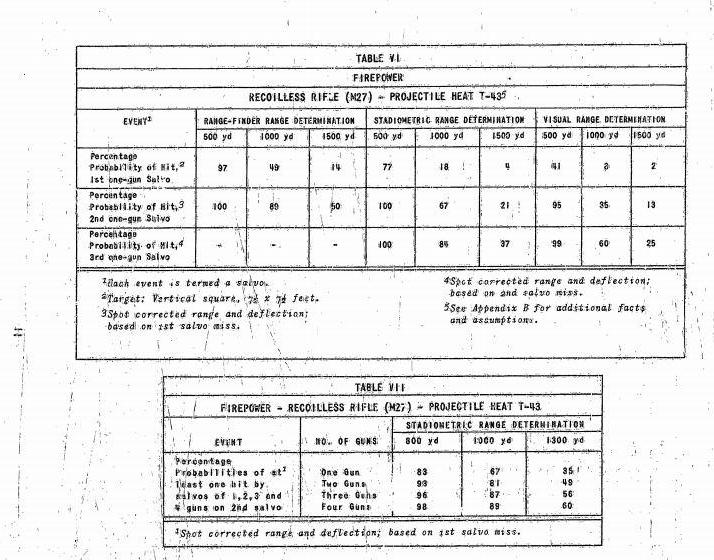 More guns therefore meant higher chances of success. The BAT was more accurate, but it was also brand new and at the time unavailable with its development only beginning in August 1950, so the recoilless rifle (RCL) in question is the M27 105mm. It should be noted that the first version of the M40 RCL actually used parts from the M27 RCL so we have a weird hybrid intermediate design here as well. Now, the M27 is a 105mm RCL and the M40 listed as 106mm, but they are in fact the same calibre, even though they cannot use the same shells. The 105/106 distinction being made purely for logistical reasons.
Using the M27, the smallest combination deemed capable of achieving an 81% probability of first round hit was to have 3 rifles. At 150kg each, this meant a weapon load of 450kg, still significantly lighter than the 76mm. Using the BAT gun, the suggestion is to use four guns, which yield a calculated accuracy at 900m of 95%. 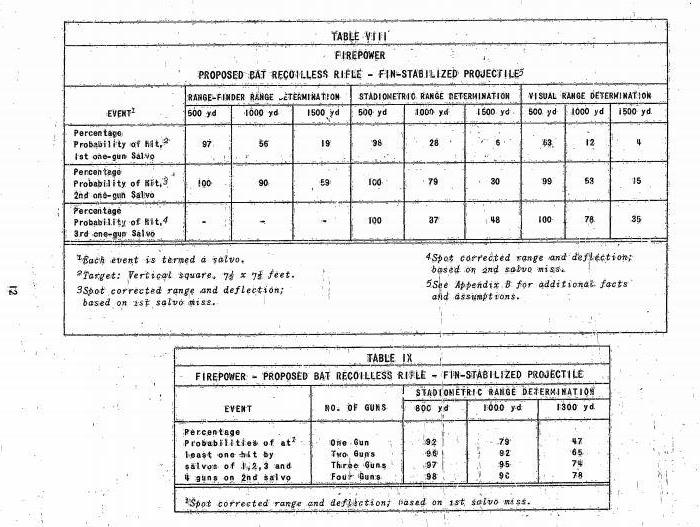 A part of the reason for the difference in accuracy is the integration of a spotting rifle onto the M40 BAT RCL. The T19 M27 Rifle was only intended to be an interim design, even though it saw service in Korea and fired the following rounds:

So, nothing too special here, right? We already have 105mm HE, HEAT and HESH in game. The gun is rifled (not smoothbore) and the shells are quite slow (381 m/s), so their travel time would be horribad.

One of the usual complaints against the introduction of RCL’s is that some of the shells have super-high penetration numbers. In fact, the later verison of the M40 RCL HEAT rounds managed to penetrate around 400mm of armor, but those came much later and the M40 is an improved, more accurate weapon.

Looking at that M40 (T170) rifle, we have an official rate of fire of a modest 6 rounds per minute (remember the ammo loadout on those Cobras is very low) at 209.5kg. It’s not that light either, although still lighter than the old 76mm gun.

Rounds for the M40 include: 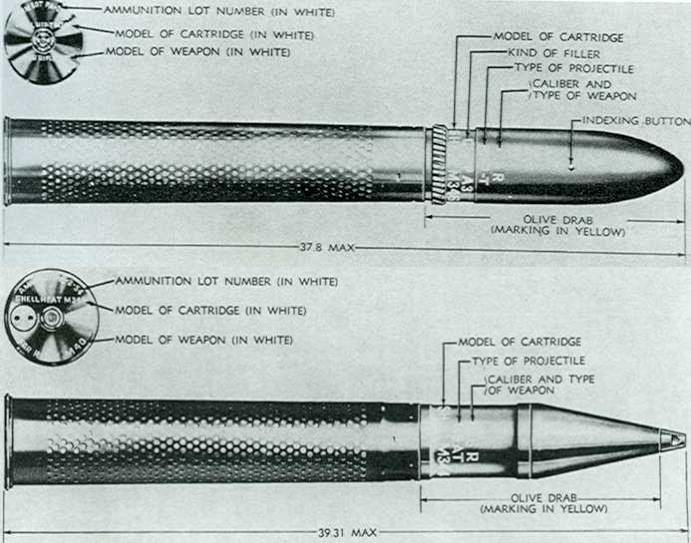 By 1952, the Army decided to design only a single HEAT warhead for this weapon, which was a version of the M344 HEAT round. Even so, we have standard HE rounds as well as HESH/HEP rounds which (despite a terrible HESH mechanic currently) also exist in the game. It is only the existence of these HEAT rounds which is problematic, but the early HEAT rounds are rather poor when it comes to penetration and from the available figures, even the early M344 HEAT rounds were only able to manage a very modest 150mm of penetration. So, even if the M40 offers no improvement in anti-armour terms at that early stage, you’re still looking at comparable numbers for the M27. This ’150mm’ ironically is exactly the same as the 76mm gun they were meant to replace in the first place, but with enormous issues with accuracy, the only advantage these RCL’s had therefore in the early days was the weight, making them ideal for the use in the Cobra project.

How could that work in WoT then? Wellm if you ignore the pointless ‘No Recoiless rifles’ rule, what you have is a whole series of vehicles for which you can use a single (if the accuracy had been solved, only one gun is needed, so it justified) 105mm M27 (upgraded to 105/6mm M40) recoilless rifle. All of the vehicles in the project are very poorly armoured and neither the size nor speed offer much advantage. If you are wondering about what looks like complex track modelling, remember that for starters, WoT is (currently) currently considering the addition of some wheeled vehicle content, so multiple tracks aren’t really any different, lose one and you stop just like now.

Of course, those track issues don’t matter at all for the Modified Universal Carrier or Tracked Jeep concepts and the Jeep only ever had a single gun planned for it. So come on WG, give us some nice Canadian content at last.