today, we will have a quick look at some of the more interesting German Universal Carrier conversion. The Germans captured a number of these vehicles from three sources. First captured vehicles came from the stocks of the army of Belgium – an unknown number of Universal Carries was “obtained” there, but probably not many. Second source was the British Army – after the evacuation from Dunkerque, the British Expeditionary Force (BEF) left dozens of these vehicles lying around for the Germans to capture. Later, more vehicles were captured in Africa and on Crete – and brought to Europe. Third source was the Soviet Union, that operated lend-lease Universal Carries and some found their way to German hands. Overall, Germany is believed to have operated over a hundred of these vehicles.

Now, Germans wouldn’t make Listy happy, because they called all of them simply “Bren” (from the popular “Bren Carrier”). Strangely enough, captured Loyd Carriers were also called Brencarriers. The entire German Beutepanzer (captured tank) nomenclature is sort of confusing, but suffice to say the vehicle was designated simply Bren 731(e) (or Gepanzerter Maschinengewehrträger Bren). Some sources incorrectly state that the vehicle itself was called “Fahrgestell Bren(e)”, but this name was reserved only for conversions, while the vast majority of the vehicles was used “as it was” – as troop transport or Boys AT rifle carriers. The ammunition for Boys rifles was taken mostly from the captured BEF stock and was moderately effective. The same goes for the “Selbstfahrlafette Bren(e)”

Naturally, having their own superior halftrack transports, the Germans sought to utilize the Universal Carrier vehicles in other ways (as they did witht he other German tech). Therefore, a number of them was converted to the tank destroyer role. Let’s have a look at a few of them (note that these vehicles could all easily serve as a lowtier German tank destroyer, possibly tier 2-3, depending on the gun).

A small number of vehicles was converted in France to carry the German “door knocker” 37mm PaK in 1941. The effectiveness of such a conversion was usually very low: small gunshield usually offered very little cover and the gun was clearly insufficient. These vehicles were also quite unique – each piece was an original and some were simply field conversions, so you can see how different each one looked. They were assigned to second-line and training units and were also utilized (as some other captured vehicles) for patrol duties in France. A few pieces survived even until the Normandy landings, but their final fate is unknown. 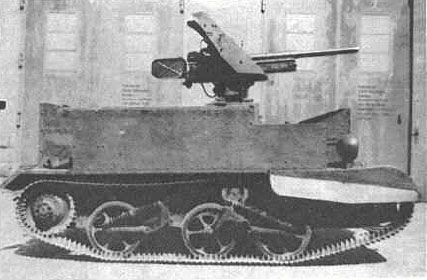 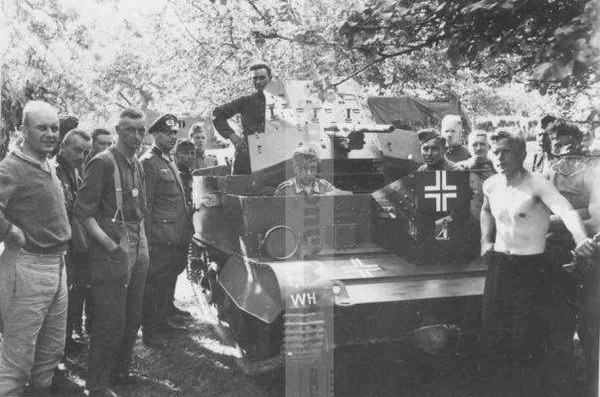 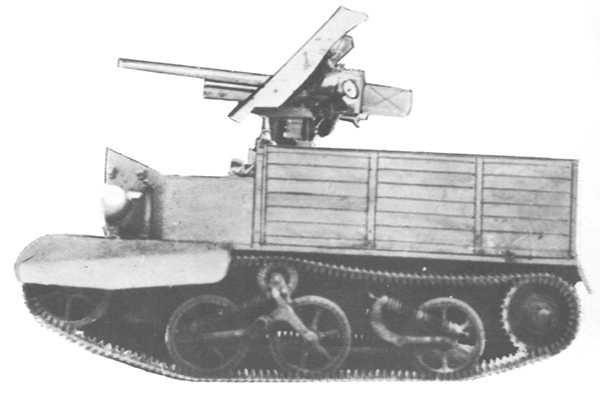 This is a 2pdr Mk.IX gun (designated 4cm PaK 192(e) by the Germans), mounted on the Universal Carrier. A small number was made with captured British early 2pdrs (some of the 2pdrs also allegedly came from the Belgian army). The model the Germans captured was an early one and therefore, the Germans were not impressed with its penetrating power. As with the previous vehicle, they were used primarily as training vehicles and for patrol duties. 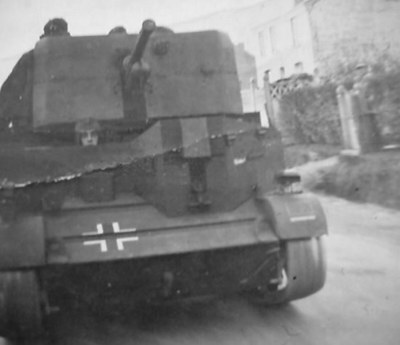 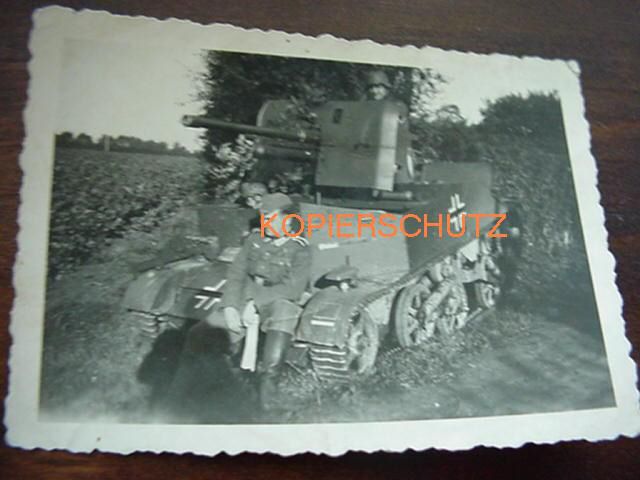 This was another unique conversion from the famous Baukommando Becker, that was responsible for example for the German tier 2 arty, or for the attempt to mount 75mm PaK 40 on the chassis of Vickers Light Tank Mk.VIc. In this case, the 47mm Austrian AT gun from the company Böhler was used. The Böhler AT gun was captured in Holland in some numbers – in fact, in 1936-1937, the Dutch army – looking for an AT gun – ordered cca 370 of these guns (the competing gun – German PaK 35 – was more expensive and somewhat worse), this order ran from 1937 to May 1940. The gun packed quite a punch, it could penetrate 42mm armor at 200 meters, which was pretty good for 1937. During the German invasion of Netherlands, this gun fought near Rotterdam against the 9th Panzerdivision, knocking out no less than 25 German tanks and a number of armored cars. The guns that survived the war were redesignated PaK 188 (h) and used for second-line units, because as the war progressed, their firepower was no longer enough. Some allegedly even fought in 1944 against the Americans and the British. 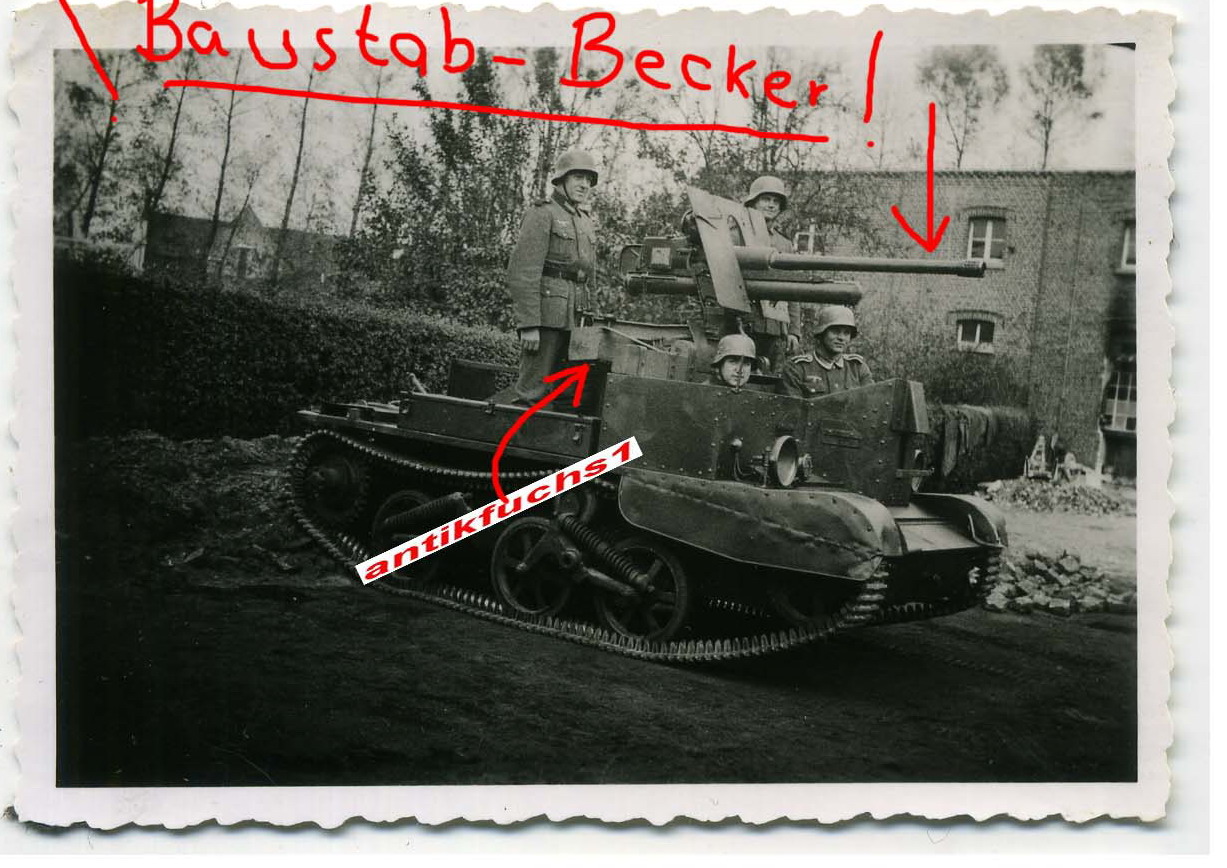 The Germans continued to used the Universal Carriers in Africa against the British and their allies. Apart from the British tech however, after the Fall of France they had massive French army stocks at their disposal, including the Vichy weaponry in Africa. As a result, some of the vehicles were converted to carry French guns. One such a conversion was mounting the French 25mm SA-L Mle.1934 (L/72) on the Universal Carrier chassis. For 1941-1942, the gun was already insufficient and it’s likely it was mounted not to knock out tanks, but to provide the infantry with some additional fire support.

Some Boys AT rifle carriers were converted by replacing the Boys AT rifle with the German Panzerbüchse 39. It was a mass-produced German AT rifle, issued in large amounts to various German infantry units, it was not expensive, it was everywhere and – what is most important – it was effective (at 300m it could penetrate cca 25mm of armor). It was produced from 1940 to 1941 and stayed in service until 1944 or so. While by 1943 it was not effective against enemy tanks anymore, it could still do considerable damage to ligher vehicles, such as APC’s and armored cars. 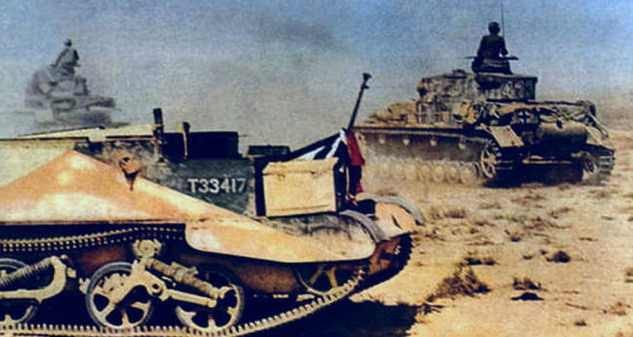 The Universal Carrier actually stayed in German “service” until the end of the war in one form or another. Most such “surviving” vehicles however were often worn out or damaged beyond repair and ended up scrapped for metal by the Germans – a sad end for these outstanding pieces of British engineering. 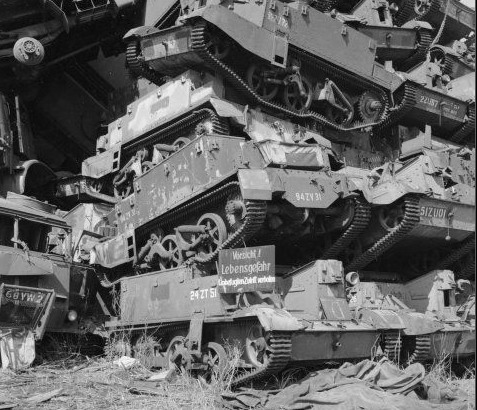