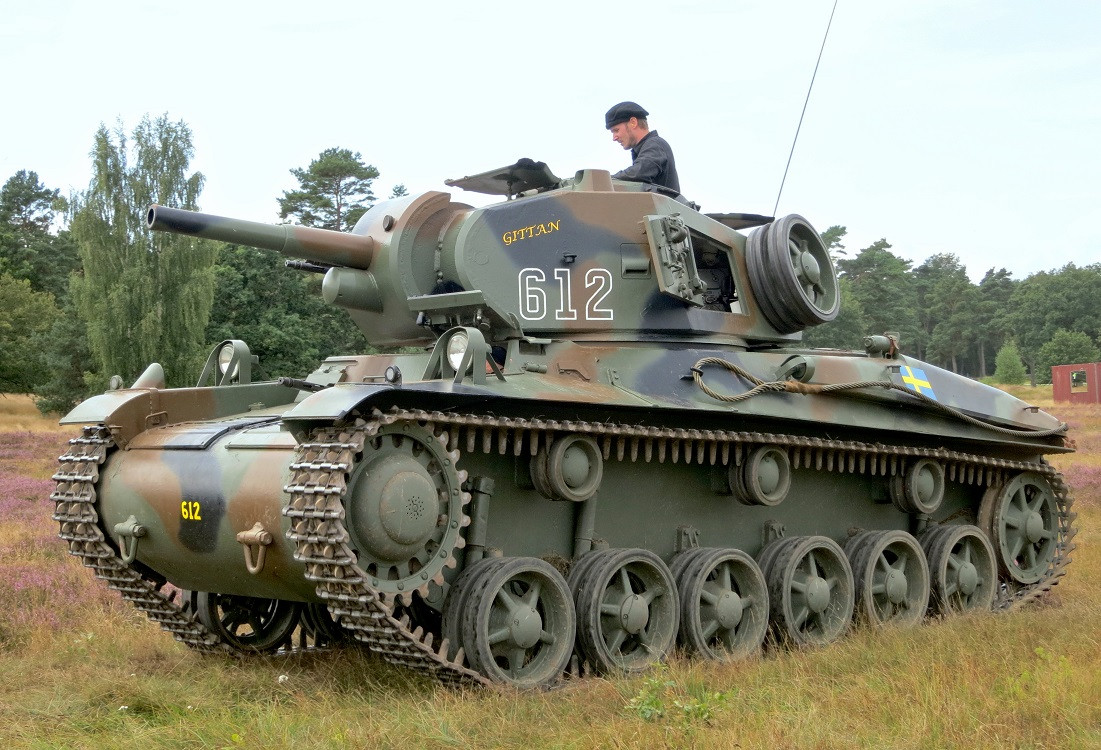 In the mid-1930′s, after only moderate Swedish interest in their designs, Landsverk decided to start working on a medium tank for the export market. By 1936, the first drafts were ready and the marketing process has begun. The design was based on an upscaled version of the L-60 light tank and was fairly modern for its time – the new tank was designated “Lago” by Landsverk. The weight of the vehicle was 15 tons, its armor was fully welded and was 34mm thick. Armament consisted of a 47mm gun and its two 140hp engines gave the tank the top speed of 45kph, with its power to weight ratio of 18,6 hp/t.

The attempts to sell the vehicle continued, but little interest was shown until 1939, when Hungary decided to buy the L-60 light tank. Hungary was also interested in a new medium tank design and contacted Škoda, Praga and Landsverk about their medium tank designs. Landsverk received an order for one prototype to be ready by 1940, but after numerous delays and with the increasing involvement of Hungary on the Russian front, it was decided by the Hungarians that they couldn’t wait for the Swedish prototype. Instead, the Škoda T-21 prototype was modified and turned into the M40 Turán medium tank. 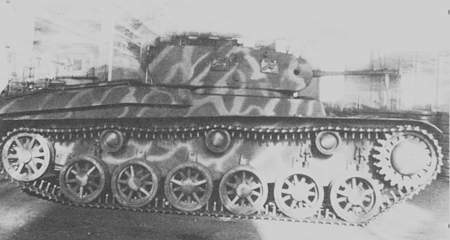 By this time, Sweden was desperately looking for a medium tank design of its own. The Swedish force of 37mm armed light tanks was quickly becoming obsolete and because of the war, foreign designs were now mostly out of reach. Therefore, it was decided that the Lago prototype would become the basis for the new Swedish medium tank.

In early 1941, a committee started discussing the requirements for the new tank, which was to be based on the newly completed 18 ton Lago prototype. After a while, an agreement was reached that the tank would not be heavier than 22 tons and would have the armour of 55mm at the front and 30 at the sides. A new turret with a new 7,5cm gun was also chosen, there were however other options discussed for armament, including a high velocity 5,7cm gun or a 10,5cm howitzer. Pherhaps the most impressive feature was the -15dg of gun depression for the main gun.

Although the design was pretty modern when it was concieved, it was not exactly perfect. The tank had been built disproportionately tall compared to its width to allow it to be transported easily on railroads. This however meant that it had a small turret ring, that had a hard time carrying a bigger gun, or turret. Another problem was the choice of armament, the short 75mm gun was not powerful enough to reliably penetrate other medium tanks from frontal angles. The use of difficult to change torsion bars and the use of an unreliable German transmission in some models was also a major cause of problems. 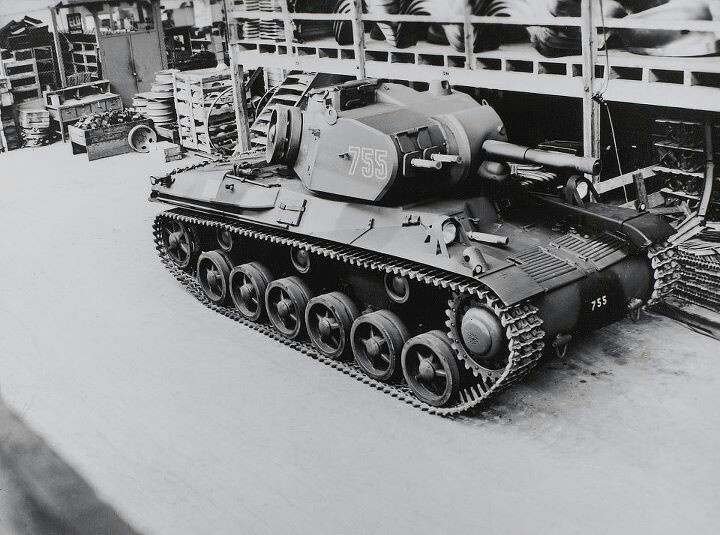 In early 1943, the production of the newly designated Strv m/42 finally started. It was produced by Landsverk and Volvo, the latter of which refused to equip the tank with the engine from their competitor, Scania, and therefore started development on their own of a more powerful engine. In the end, the army had to point out that they could make Volvo assemble the vehicles with the Scania engine until development of the Volvo engine was complete. Volvo reluctantly agreed and in the end, only 57 of the Strv m/42 tanks would be equipped with the 410hp Volvo engine instead of the two 162hp Scania engines.

It was realized fairly early on during the tank production that the current armament was not sufficient and therefore discussions about rearming the tank started in 1944. Proposals were made for the lengthening of the 75mm or replacing it with the newly developed 5,7cm Pvkan m/43 anti-tank gun. Instead of these options, it was decided to start the development on a new turret, which would be able to mount a high velocity 75mm gun.

The new turret had 60mm frontal and 30mm side armor and was armed with the 7,5cm Pvkan m/43 anti-tank gun. But its most interesting feature was a 3 round magazine for an “automatic rammer”, that would allow the tank fire 3 rounds in short bursts. A mock-up of the turret was made and at some point after that a functional prototype was created as well, but by 1946, the tests had bad results and the project was cancelled.

A few special variations of the Strv m/42 existed, the first of which was a command version, which carried a 70W Sv m/43 radio, which replaced the machineguns in the turret. A total of 26 tanks were converted to this command version. Experiments were also made with a recovery version, which was equipped with a crane, capable of lifting 12 tons. Only two were made and both were delivered in 1944. There were also some attempts to create a bridgelayer version, but after disastrous performance in rough terrain due to the disproportionately tall chassis, the project was cancelled. It would later be tested again without a turret, but the results were the same and the project was cancelled once again. 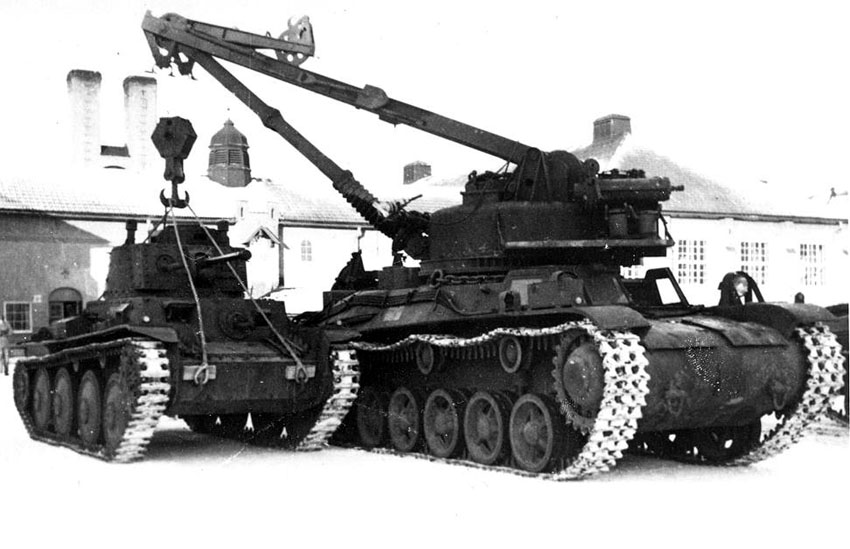 Strv m/42 was produced from April 1943 to January 1945 with a total of 287 units produced. It was the most powerful tank to serve with the Swedish army from 1943 until 1953, when it was replaced with the Centurion Mk.3. The Strv m/42 would however continue its service until 1957, when most were rebuilt with a new turret and gun to become Strv 74, but that is a story for another time. The rest of the vehicles was refitted with a new Ra 121 radio and some, mostly visual, changes happened as well, like the removal of the hull mounted machinegun and the addition of more equipment. The vehicle was redesigned to Ikv 73 and was used as an infantry support vehicle until 1973.

To me it’s quite clear that the Lago and Strv m/42 are perfect candidates for Swedish tier 4 and 5 medium tanks. There are plenty of possible historical upgrade options (almost too many in fact) and the Strv m/42 could be quite interesting with a 3 round autoloader. The Lago could be equally interesting with the m/42 turret with 15dg of depression and a 57mm gun. They may not be the most armoured tanks at those tiers, but I think that their other attributes would make up for the lack of armour.