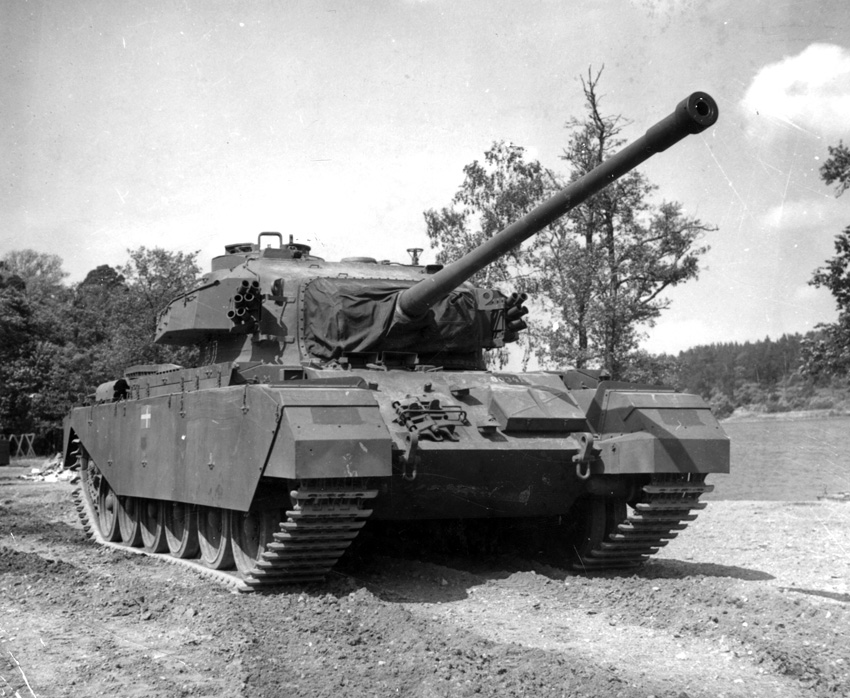 The Centurion is one of those classic tanks that have seen service all around the world and – in some forms – still do these days. Today, I’m going to talk about the Centurion in Swedish service.

The Swedish interest in the Centurion started in the early 50′s, when most Swedish late and post war designs for a new medium tank have been abandoned. Instead, Swedish attention turned to the yet unnamed AMX-13 light tank. This innovative design had caught the eye of the Swedish military command and soon, trials of the machine as well as negotiations for purchase were in full swing. There were even plans to produce the tank in Sweden as the X tank, however, in 1953, Britain finally agreed to sell the Centurion. The negotiations for the AMX came to an end and Sweden decided to buy the British medium tank.

The first Swedish Centurions were Mk.3′s, that had previously been part of a British armored reserve unit. About 100 of these were shipped to Sweden in late 1953 and entered service with the Swedish armor brigades in Skåne the same year. In Swedish service, the Mk.3 was known as the Strv 81, although initially it was known as Strv C3. In Sweden this tank was referred to as a heavy tank – this may seem a bit unusual, but Swedish doctrine had never needed a “real” heavy tank and thus tanks were designated either as light tanks (10-15 ton) or heavy tanks for anything bigger. It also does not help that the Swedish word for medium tank is “Moderately Heavy Tank”, which was often shortened to just Heavy Tank. Anyway, the Centurion was certainly a bit heavier than the military was used to. It weighed around 50 tons, which meant it was over twice the weight of the previous Swedish medium tank and with its relatively underpowered 640hp engine, it wasn’t exactly a fast tank either – in fact, most Swedish sources rate the top speed of the tank as 34-35kph.

In 1956, another batch of 300 Centurions was purchased from Britain, this time however they were Mk 5s, armed with the slightly improved 20pdr type B, but was otherwise pretty much identical to the Mk 3 type. In Sweden, these would also be known as Strv 81. They saw service unchanged (except for the mounting of Swedish radios) until 1958, when the third and final batch of cca 200 Centurions was purchased, this time Mk 10. These Mk 10´s became known as Strv 101 due to the new 105mm L7 gun. Other than the new gun, the Strv 101 also had 120mm of frontal armor and several components had been standardized with NATO regulations and did not fit the older Centurions.

With the purchase of the Strv 101, it was also decided to upgrade the older Centurions with the new gun, while a replacement was under development. The rearmed Mk 3´ & 5´s became known as Strv 102 and would see service until the mid-80′s, when they were finally upgraded to full Mk 10 standard with improved frontal armor.

There are not a lot of Swedish modifications of the Centurion that were done within the WoT timeframe, but there is at least one interesting example. In 1966, it was clear that the new Strv 103 was not really a replacement for the Centurions and that Sweden would have to keep using them. And so, preliminary plans were made for upgrading the Strv 102 and 101, which included the addition of “ribbed” frontal glacis and a spaced armor fence. Both of these were things that had already been tested successfully for the S tank. Another idea that was taken from the S tank was the addition of a dozer blade to provide additional armor and engineering capabilities. Most of these ideas were tested in one form or another, but they didn’t make it past the trials. 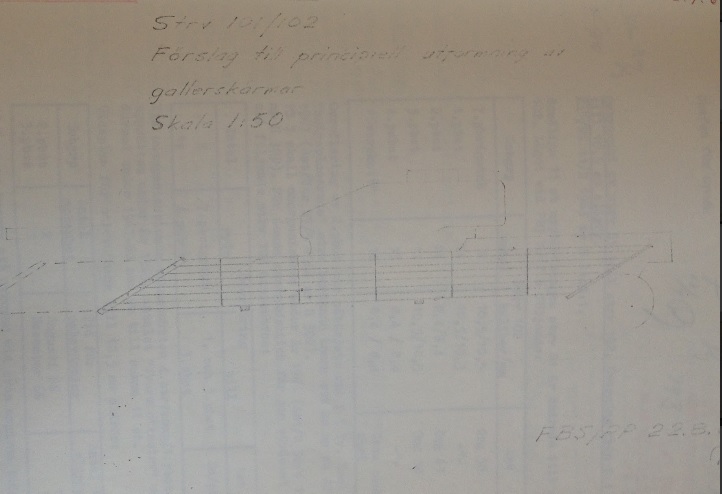 Strv 101 with chains as applique armor 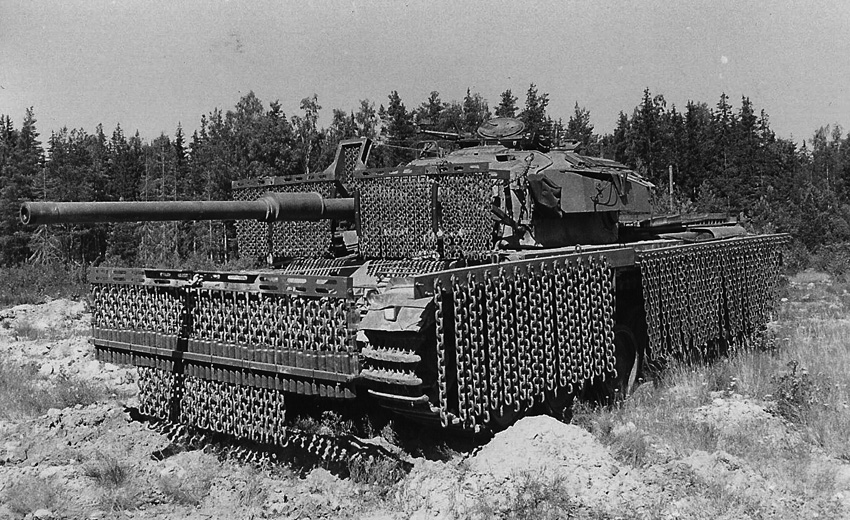 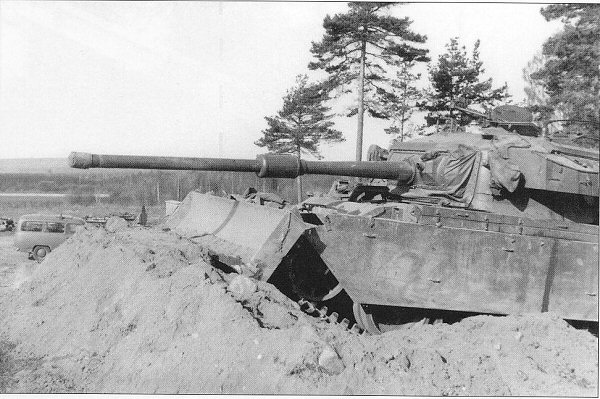 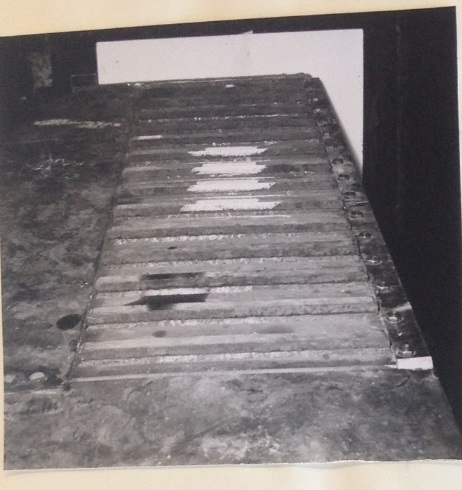 Outside the WoT timeline, there are however several interesting modifications that I would like to cover. The ultimate Swedish Centurion would be the Strv 104, which received an upgraded engine and reactive armor panels, most of these were made in the late 80′s and would continue to see service until 2003, when they were finally replaced by the Leopard 2 MBT. There were however plans for an improved version called Strv 105 and a further improved version with a completely new suspension called Strv 106. However these were never built, as Sweden decided to buy the Leo 2. Finally there is a modified Centurion, which is still used as a shooting rig, that has been re armed with the Leopard 2s 120mm main gun, no photos of this vehicle exist as far as I’m aware however. 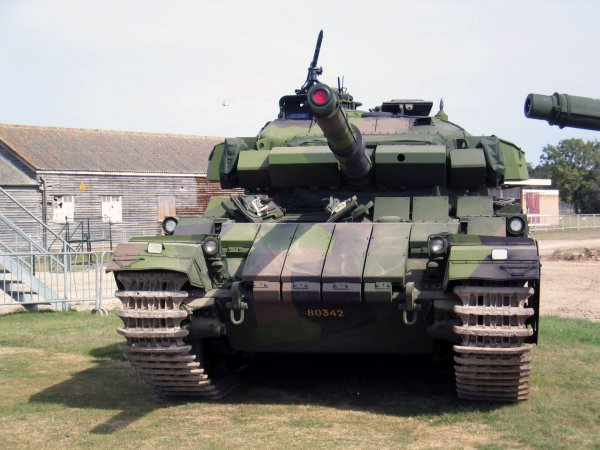 In the game we are likely to see the Strv 81 as the Swedish tier 8 medium tank. There is however a problem with it since it will basically just be a clone of the British tier 8 med with no distinguishing upgrades other than radios and possibly the mounting of a dozer blade. The Swedish Centurion also lacks any historical engine upgrade (within the WoT timeframe), so the tank is likely to be quite sluggish. I want to point out that most of the planned upgrades for the Centurion were considered only for the 105mm armed Strv 101 and 102 so while using the 120mm thick frontal glacis with extra “ribbed” armor could help differentiate the tank from its British version, they would be unhistorical unless you gave it the 105mm L7 gun and turned it into a tier 9. These problems with upgrades would mean that you would have to choose between a clone tank or something almost completely unhistorical but with a lot more upgrade potential like the LS-50 I proposed in part 11. Ultimately it’s probably best to go with the Strv 81 and hope that the more interesting designs for tier 9 and 10 Swedish medium tanks can get people interested.

(I will skip the Strv 81 and 101, as those tanks share their characteristics with the british tier 8 and 9 mediums)